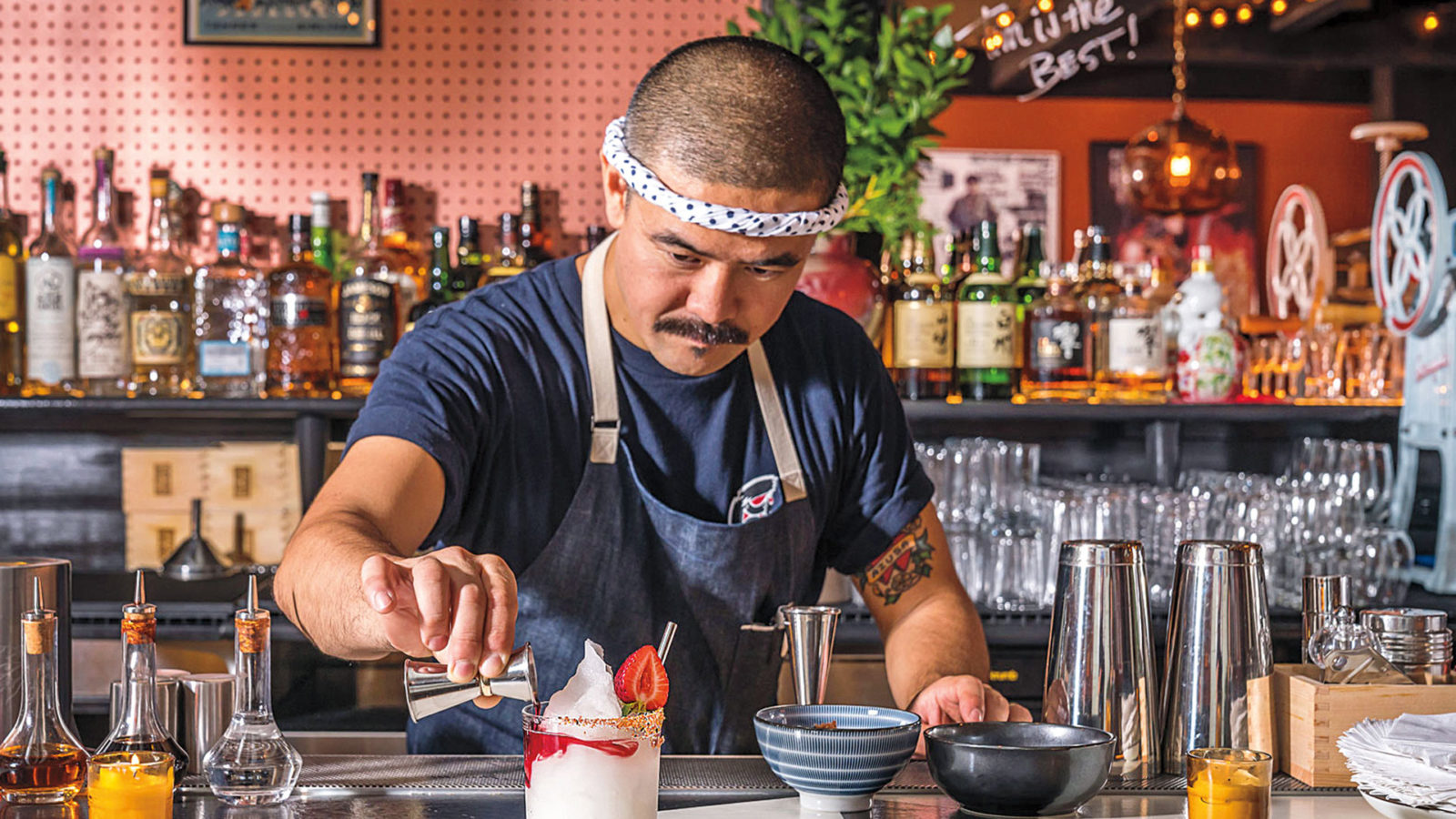 Bartenders Recommend is a series where we enlist the folks behind some of the world’s most renowned bars to take you through their favourite watering holes on their home turf. In this edition, we speak to Masahiro Urushido, owner and bartender of Katana Kitten, to find out his personal roster of the best bars in New York.

To Urushido, two things set New York’s bar industry apart from the rest of the world’s. One is its diversity, given that the city is a melting pot where cultures coalesce to create interesting experiences. Next is its energy, where everyone that’s in the service line works towards a common goal: making the customers happy.

Hospitality is the signature at Urushido’s Katana Kitten, a Japanese-American bar in New York’s West Village. Combining the finesse and attention to detail of Japan’s bartending creed to the warmth and bustle of America’s dive bar model was his starting point for Katana Kitten, and since its opening in 2018, the unique blend of both worlds has led the bar to rank on The World’s 50 Best Bars list. Last year, Katana Kitten came in at number 14.

You might also like…
Travel
What to see, eat and do in Brooklyn, New York’s hipster haven
Travel
Pay homage to the origins of speakeasy culture and visit these bars in Chicago

At the time of writing, Urushido is in Singapore for the “Friends of Manhattan” takeover, where he’ll bring Katana Kitten’s signature highballs and boilermakers to our very own American-style bar for one night only (hint: there will be a Rémy Martin XO-Bollinger boilermaker served with bluefin tuna sushi that is not to be missed). We caught up with the man to suss out what his favourite bars in New York are, from where he goes in his downtime to where he never fails to recommend friends from abroad.

The next time you’re in New York, you have his word that these places are a must to visit. Just don’t forget to tip the bartenders well. From aperitifs made modern (think negronis on tap) to hearty food that satisfies, Dante is all about celebrating the little pleasures, Italian-style.”Dante’s theme is Italian classics made modern, and it’s my favourite place. This is my mentor, Naren Young’s bar, and everything is simple but super-fine and thoughtful,” said Urushido.

Though the original venue has stood in Greenwich Village for over a century, word has it that Dante is also opening a second location just two blocks down from the flagship. 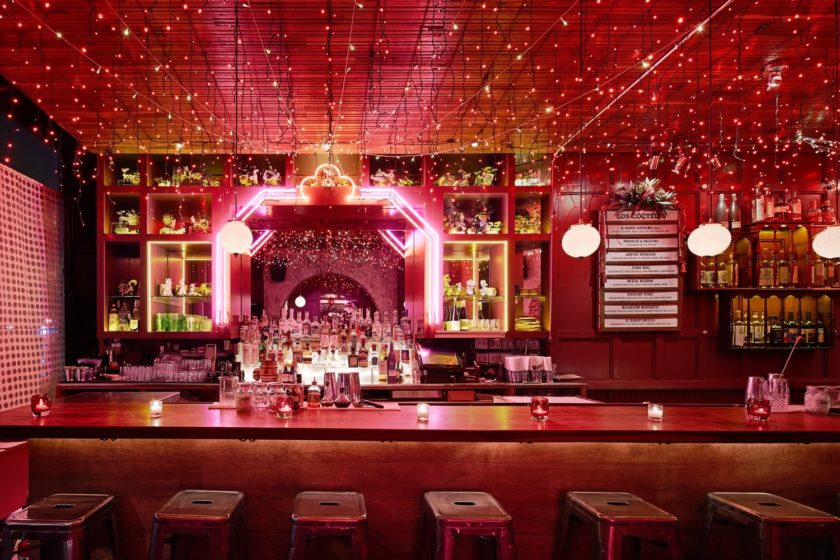 “My best friend, Nacho, runs Ghost Donkey, which was recently named Cocktail Bar of the Year by Imbibe Magazine. It’s a place that’s driven by personality and people — the kind of spot where you end up thinking “oh I have to go home,” after spending the whole night there, but you end up staying anyway. It’s got amazing music that energises you the minute you walk in.” said Urushido.

Described as a Mexico-inspired bar that repackages punchy Mexican cuisine as finger food, it is best enjoyed with your pick from its generous array of cocktails, tequilas and mezcals, Ghost Donkey has become a force that has swept beyond New York, with a second outpost in Las Vegas, and soon to open in Denver and Auckland too. This Williamsburg bar is all about the charm of going back to basics, serving up refreshing cocktails to go alongside simple generous American fare.

“To me, Basik defines the neighbourhood bar that I love,” said Urushido. “I take my daughter there on the weekends, sometimes, and have a drink while she runs around the backyard. It’s like stepping into someone’s house, almost. In the yard, there’s a charcoal grill where they make hotdogs and burgers…Basik attracts people to just relax.” 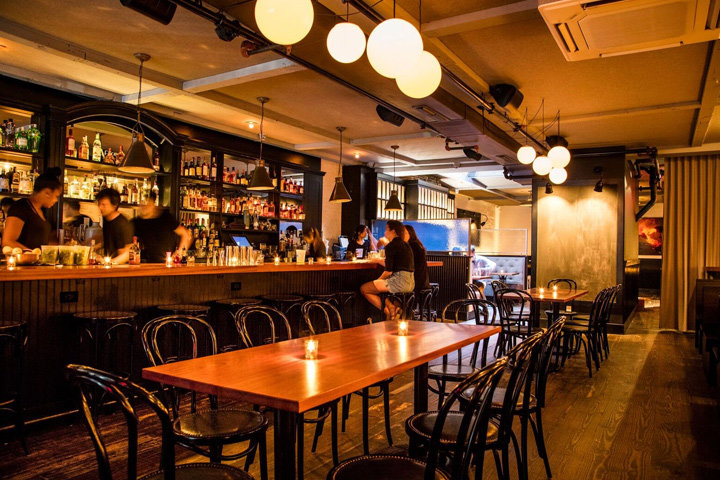 “The bar is run by two men who have degrees from extremely well-known universities, and they’ve taken that to the bar, where it’s like a scientist’s mind meets a five-year-old boy’s curiousity, which expresses itself in the cocktails,” he said. “The ingredients are very simple, but you get such full, complex flavours in each drink.” 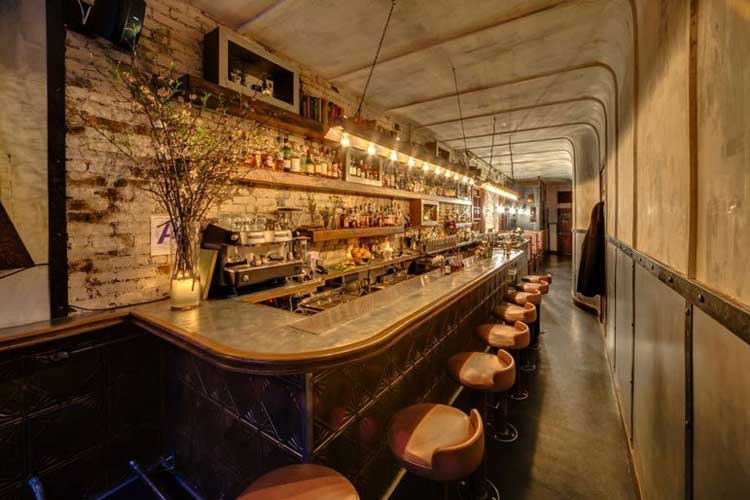 A doorway in the shopfront of a tailor’s shop leads to Attaboy, a speakeasy-style bar that specialises in custom drinks. State your spirit of choice, let the bar do the work and be surprised.

“Everyone goes there,” claims Urushido. That should be enough justification for you.

Address
134 Eldridge St, New York, NY 10002
Website
Website Here
New York bars in new york bartenders recommend
Beatrice Bowers
Features Editor
Beatrice Bowers writes about beauty, drinks, and other nice things. When not bound to her keyboard, she moonlights as a Niffler for novels and can be found en route to bankruptcy at your nearest bookstore. Don't tell her boss.
Drinks Beauty