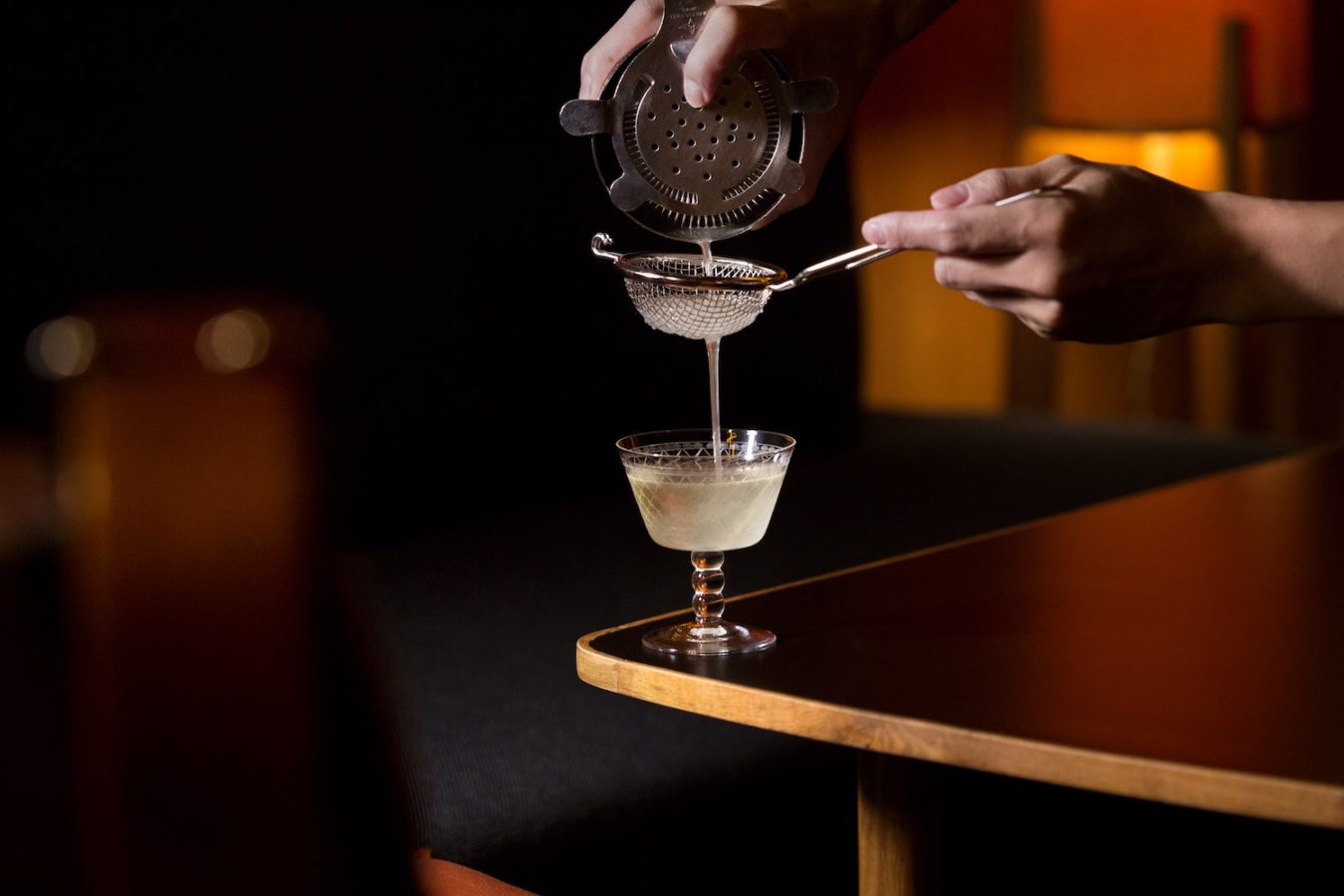 Review: Live Twice is Japanese-style bartending for the new decade

Japanese bartending is a league unto its own. The style is distinct enough every cocktail bar I’ve visited in Japan was a guaranteed experience, albeit one that was less “let-my-hair-down” and more “keep-that-dinner-jacket-on”.

Outside of Japan, however, that staunchly-set mould becomes far more forgiving. Those that choose to model themselves after Ginza’s cocktail institutions and the folks that run it tend to now cherry-pick the best of the finesse, and leave out the staid. Live Twice on Bukit Pasoh is one such shining example.

Opened by the Jigger & Pony group, this establishment brands itself as a “mid-century modern Japanese bar”. Citing the Ginza bartending scene circa 1960’s as an influence may be a difficult touchstone for the unknowing, so here’s my take on the bar’s blueprint: clean, clever cocktails meet the conviviality of Netflix’s “Midnight Diner”, only that The Master has a serious penchant for vintage furniture and a playlist that wouldn’t go amiss in a Tarantino movie. It’s a mouthful, but the sum creates a very original whole.

“Cinematic” is the way the bar describes its interiors, and I have to agree. One could imagine it as the locus of a movie, where people from all walks of life find solace on Live Twice’s common ground, crowding its angular bar counter to swap stories, shadowed by mood lighting. Drama happens by the Falcon armchairs (S$3,000 each, mind), romance blossoms in the alcoves, and so it goes.

As with most Japanese-style spaces, a thoughtfulness is ingrained into the minimalism as well. The bar counter is built at a comfortable height for all; the high-backed stools are comfortable enough to sit on all night; every nook is framed by equally plush seats spread apart just so — no squeezing elbow-to-elbow here, but also no need to shout over the music to be heard across the table.

The cocktail menu is neatly divided into two, mirroring the “twice” in the bar’s name. The first fold sees seven house takes on classic cocktails, while the second lists Live Twice signatures.

Principal bartender Leow Yin Ying seems to have channelled Marie Kondo in her approach to crafting her recipes. Every cocktail has no more than four ingredients. Frills are absent but flavour is never sacrificed, and every end result that arrives in hand-blown Zalto glass (yes, I like the glasses so much I’m naming names) is crisp, proper and bodied.

The Mizuwari is one that is much raved about, where the bar employs the Solera technique of ageing a blend of Nikka’s Coffey grain and malt whiskies in an earthen pot for three days with water from Hokkaido. It takes the simple whisky and water to a whole other plane — the ageing technique mellows the whisky, further smoothened by the soft water.

You might also like…
Travel
Your dining guide to Osaka, the ‘national kitchen’ of Japan
Food & Drink
Masahiro Urushido of Katana Kitten shares his top bars in New York

The Salty Dog is another winner. This simple gin and juice cocktail is rarely found in Singapore, and even if it is, it often harbours industrial grapefruit juice, hence borderline criminal. Live Twice’s version is a savoury, lick-your-lips-after-each-sip type of cocktail. Gin is swapped for Iceland’s crystalline Reyka vodka, accented with fresh yellow grapefruit and a herbal tinge of marigold. You can’t stop at one.

Closing off my favourites is the Spring Riot. This is not a haiku, but floral whispers kiss hints of stone fruit in this clear drink, where Roku gin is layered with a homemade sakura soda and Merlet’s sunny Creme de Peche. Grated daikon garnishes the cocktail, giving it a palatable funk.

Wines, including natural wines, are also available, along with a range of spirits and beers. We also have it on word that the negroni is excellent, though it is an off-menu item.

I’ll round off this review with three words that will goad you come to Live Twice for sure: the beef katsu sando.

Milky Hokkaido toast sandwiches a thick panko-breaded steak, dressed simply with Japanese mayonnaise and tonkatsu sauce. Fat oozes from the marbled meat. Every bite is a messy ascension to heaven.

Equally deserving of praise is the cheese sando. A savoury croquette is made out of aged feta, mimolette, mozzarella, Parmigiano Reggiano and Port Salut, then nestled between toast slathered with jam. It’s dessert, in my books, so you can enjoy both sandos in one sitting, call it a meal, and thank me later.

Apart from the duo, the menu also lists other yoshuku (Japanese-Western) bites like hamachi tartare and wasabi cheese terrine, alongside classics like chicken karaage and hotate.

Live Twice makes cocktails for people that actually enjoy cocktails, not those that give overly-saccharine concoctions the thumbs-up while slighting a martini or sazerac. Leow’s libations typically lean savoury or spirit-forward, with intelligent touches to make them stand out.

Even though it bases itself on a Japanese cocktail bar, Live Twice is rid of stuffed shirts, fun and fancy-free. This is the place you want to spend a Friday night and come back again on Saturday.

Drinks bar review live twice
Beatrice Bowers
Features Editor
Beatrice Bowers writes about beauty, drinks, and other nice things. When not bound to her keyboard, she moonlights as a Niffler for novels and can be found en route to bankruptcy at your nearest bookstore. Don't tell her boss.
Drinks Beauty