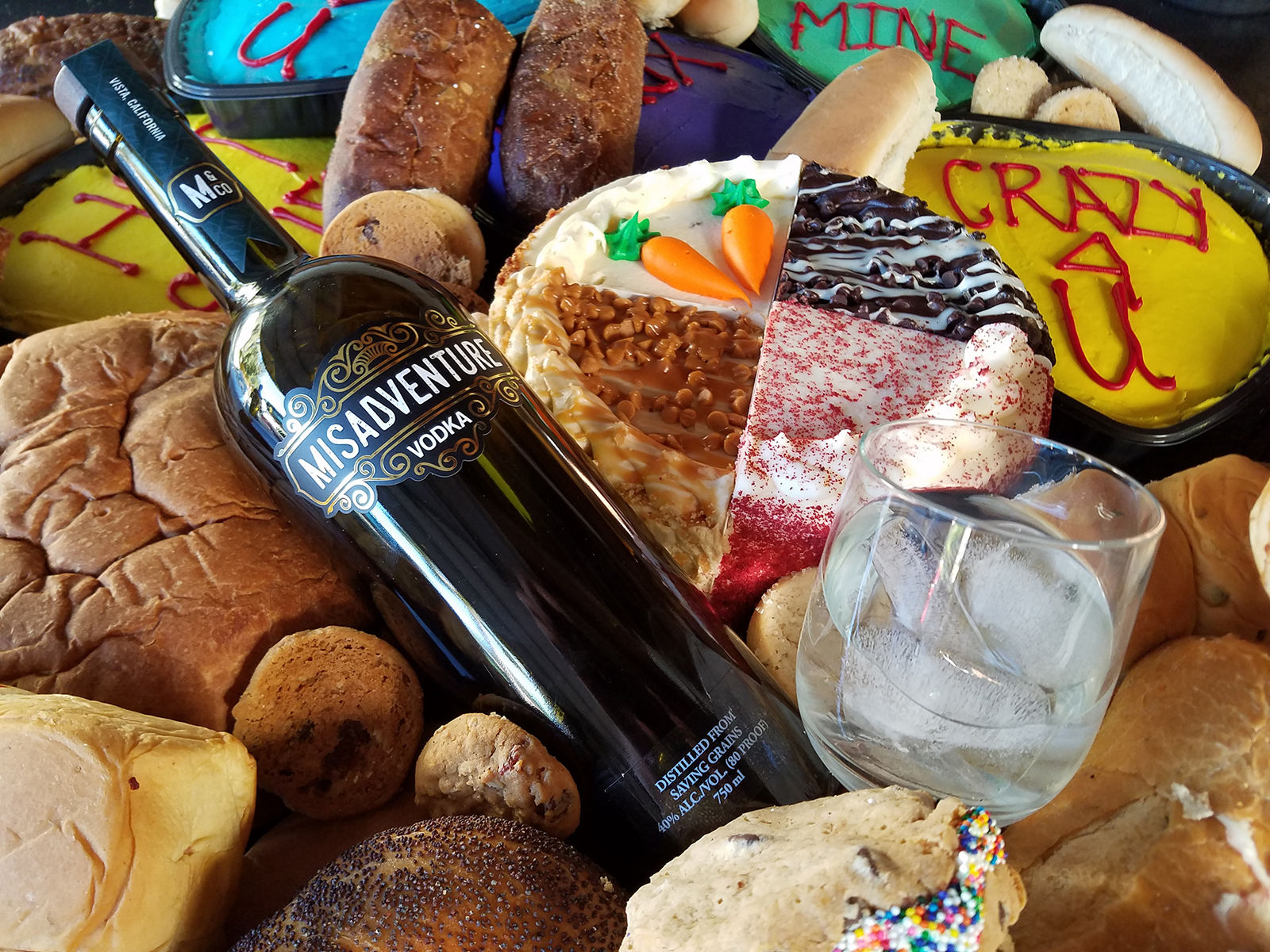 Misadventure Vodka is a revolutionary spirit made from food waste

Hedonism and sustainability have never been concepts that gelled. The former defines an extreme pursuit of pleasure at the expense of all else, while the latter governs a way of life that focuses on saving the earth and biosphere. Compared to hedonism’s flagrant indulgence, sustainability sounds a lot less sexy — that is, until one San Diego-based distillery stepped in to change it all.

Misadventure & Co began when its founders, bartender Whit Rigali and agricultural economist Sam Chereskin, met at a bar. A conversation over whisky led the two strange bedfellows to unite over a common goal: That sustainable practices and giving back to the earth do not have to come at the expense of personal satisfaction.

It is an odd prospect that Misadventure Vodka proffers: By drinking this spirit, you’re contributing to the reduction of food waste in America. Yet, that’s exactly it. Misadventure & Co procures leftover baked goods from the 50 to 60 million tonnes of food that otherwise goes to waste in landfills. These baked goods go into making its vodka, replacing the grains or potatoes that the neutral grain spirit is usually distilled from.

Food & Drink
Mix it up: What makes a good martini?

Anything from bread, cakes, and other desserts like Twinkies are sourced from food banks and mashed into a base, fermented with yeast into alcohol, and finally distilled. This is possible, as unsold baked goods still contain the starches necessary to be turned into alcohol — not unlike making vodka from, say, corn.

The result is a clean, smooth and slightly sweet vodka that has five-star reviews from sites like Vodka Buzz and other tasters. It is currently available at 44 locations across the North County, San Diego and Orange County.

Food & Drink
Q&A: Stephen Sparrow shares how wanting to save snow leopards led to starting a vodka label
Vodka misadventure vodka misadventure and co. san diego distillery vodka distillery sustainable vodka sustainable liquor sustainable alcohol misadventure
Beatrice Bowers
Features Editor
Beatrice Bowers writes about beauty, drinks, and other nice things. When not bound to her keyboard, she moonlights as a Niffler for novels and can be found en route to bankruptcy at your nearest bookstore. Don't tell her boss.
Drinks Beauty
Sign up for our newsletters to have the latest stories delivered straight to your inbox every week.