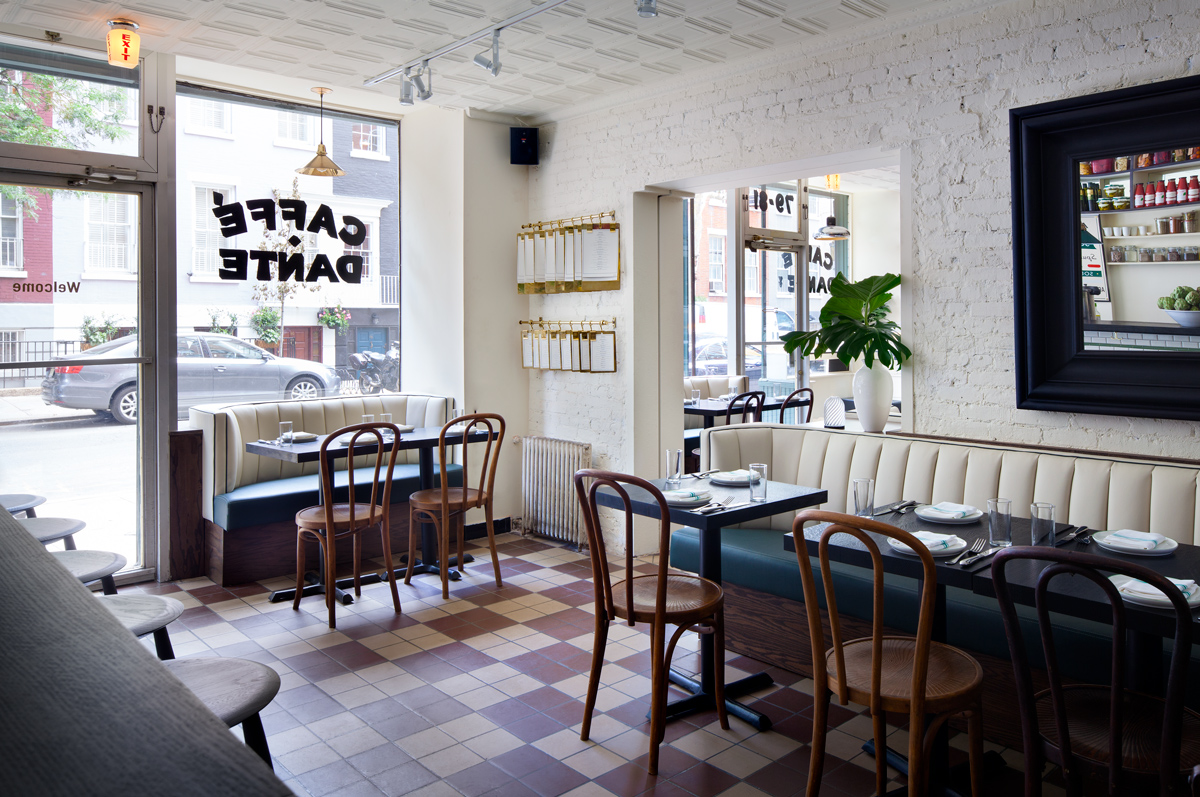 Q&A: Naren Young talks the apéritif tradition and its reinvention at Dante

Food & Drink
Q&A: Naren Young talks the apéritif tradition and its reinvention at Dante
Share this article
Next article

Naren Young is a name that has become synonymous with a firm love for aperitifs in the bartending industry. The self-professed “negroni geek” entered the realm of mixology at an unconventional age and a similarly unorthodox manner.

It all began when Young chanced upon the 1988 film, Cocktail, starring Tom Cruise, and thought it would be a fun and unconventional way to go about a job. He was about fifteen at that time — nowhere near the legal drinking age. Instead of drinking on the sly, Young took an academic approach to mixology, poring over old cocktail manuals his mother procured for him. He tinkered around by mixing for his mother and her friends, as well as non-alcoholic smoothies for himself, which he now admits “probably weren’t very good”.

This passion for research, detail and education aside from the art of mixing, led Young to being one of the faces fronting Dante, a café-bar in New York which ranked 34 on las year’s World’s 50 Best Bars list. The bar’s concept is one that celebrates the aperitif in all its forms, freed from any pretence.

Young was here for the Singapore Cocktail Festival, having hosted a number of guest bartender shifts around town. We speak to Young about his love for the aperitif, and why he decided to let it define Dante.

Lifestyle Asia (LSA): What attracted you to bartending?

Naren Young (NY): It seemed like an industry that was always changing, and there was a lot to learn. I liked the aspect of dealing with people on a daily basis, which brought some excitement to it. I never saw myself as someone who could go to the office and sit in a cubicle, so this style of work, and the level of human connection suited my personality.

LSA: Dante focuses on aperitifs and digestifs. What is it about this class of liquor that fascinates you so much you established a bar concept around it?

NY: I’ve always been very much inspired by the way people drink in Europe. It’s more leisurely, and you spend time with your friends while drinking — which fosters a sense of community. Go to a café, hotel or bar in France, Spain or Italy during the late afternoon any day, and you’ll see people congregating to drink these low alcohol aperitifs. It was a concept that really attracted us, and no one had really taken the idea of an aperitif bar to America.

LSA: Are other bars following suit, and do you think people are warming to aperitifs?

NY: Some bars now have a small section of aperitifs on their menus, which is great, but Dante is the first to really use that as a philosophy for how we run our bar. It’s a style of drinking that I like, and I feel like many people are getting more drawn to it as well. You’re not going to get drunk after four or five drinks — you’re going to enjoy yourself, and feel invigorated and refreshed.

LSA: What are the more popular aperitifs on Dante’s menu?

NY: The most well-known one would be a Garibaldi, which is Campari and what we’d call fluffy orange juice, where you put peeled oranges through a high-speed juicer, so they come out very thick. People think there are a lot of secrets to get that texture, but it’s just that. That has become our signature cocktail that is being copied all around the world now, but we didn’t really invent the drink. It’s an old Italian cocktail.

We are also known for our negronis. Just recently, New York Magazine awarded us Best Negronis in the state. Our approach is very simple — we take a drink that people find familiar, and present it in a new way that isn’t too confusing.

LSA: What are your personal favourite aperitifs?

NY: It depends a lot on location and occasion. A negroni, when made well, is my classic go-to. I love a wet Martini, or a Tommy’s Margarita at the right time of the day. A great gin and tonic would also be another one I’d gravitate towards to.

LSA: Why do you think other industries outside Europe don’t give the aperitif similar attention?

NY: I think they do, it’s just that they haven’t used it as their entire bar concept. You can go into any bar and get a negroni or gin and tonic, so people are, in fact, paying attention. We just wanted to be the place where you could get all of them made in a very unique, elegant fashion. What we’re doing is taking cues from the past and looking to the future in the way we present them.

NY: A lot of my ideas are very simple, but there’s a lot of research and development behind the scenes. We’re not a cocktail temple. At Dante, we’re very relaxed, pretty much an all-day, everyday kind of bar for anyone. We’re the anti-speakeasy, with massive windows, and people can come and dress however they want, bring their pets, sit outside, from breakfast in the morning till late at night. We want to make sure our drinks aren’t too confusing or obnoxious. It’s about simplicity, and being able to be understood. But a lot of work has gone into creating magic moments for the drink to come alive.

LSA: For novice drinkers, what are some ways you’d recommend enjoying aperitifs?

NY: The category is pretty broad, so let’s use the negroni as an example. It’s a drink that’s pretty polarising for people. It can be a little bitter, or strong. Some variations have soda water, or sparkling wine, with ice, making them lighter. That’s an easy way to get people to enjoy them. Adding such “lengtheners” to a drink can really soften it and make the cocktail more approachable. Presentation is also crucial. All these things add up to make the drink more appealing.

LSA: What are your top three bars around the world?

NY: I would say Tommy’s in San Francisco because it’s a nostalgic, old tequila bar that has been around since the ’50s. Atlas in Singapore really blew me away. Everything in there seemed so perfect. Icebergs in my hometown, Sydney, is the final one, because you get to drink with a view that overlooks Bondi Beach.

LSA: Our last question. How was your experience at the Singapore Cocktail Festival?

NY: I thought the Singapore Cocktail Festival was awesome! It was very unique in its structure and execution; and while still in its infancy, it is definitely shining a light on not only the Singapore bar scene but Asia’s in general. The fact that it attracted some of the biggest names in the bar world just shows that this is set to grow into an event that is a must-see for anyone serious about their profession in the bar industry. Bravo to everyone involved. I can’t wait to come back next year!

Drinks Bartender Guest bartender Mixology Singapore Cocktail Festival naren young dante
Beatrice Bowers
Features Editor
Beatrice Bowers writes about beauty, drinks, and other nice things. When not bound to her keyboard, she moonlights as a Niffler for novels and can be found en route to bankruptcy at your nearest bookstore. Don't tell her boss.
Drinks Beauty