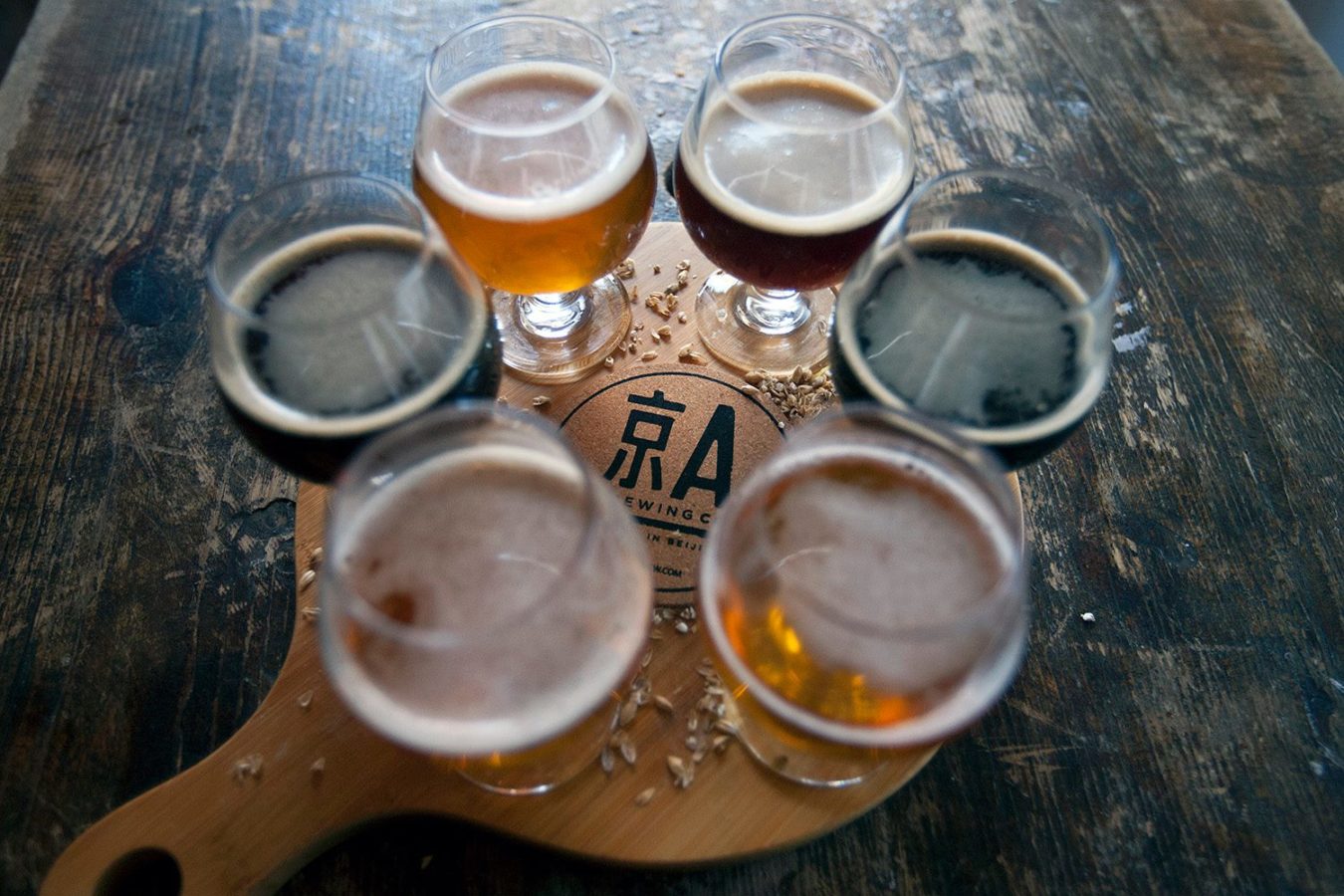 5 new craft beer brands to drink in Singapore this month

Despite the island’s tiny size, Singapore does not lack in terms of its craft beer selection. And if you have somehow drank your way through the many brands already available, now there’s more.

New to our country’s shores are beers from Jing-A, a Beijing brewer that makes their beers out of local and regional ingredients, while the Libson-based Musa riffs on music and band names for their lagers, IPAs, and stouts. From Auckland there’s Isthmus, which gives you a geography lesson as well as hazy IPAs, and the Californian brewery Moonraker promises big hop bombs.

In Singapore, local brand Ren Min has launched three IPAs and a stout with labels that dreamily recall when we could travel Covid-free.

While we’re still mostly stuck behind national borders, slake your thirst for exploration with these new craft beer brands, or perhaps start sipping to take your mind off things. Read on to find out more. 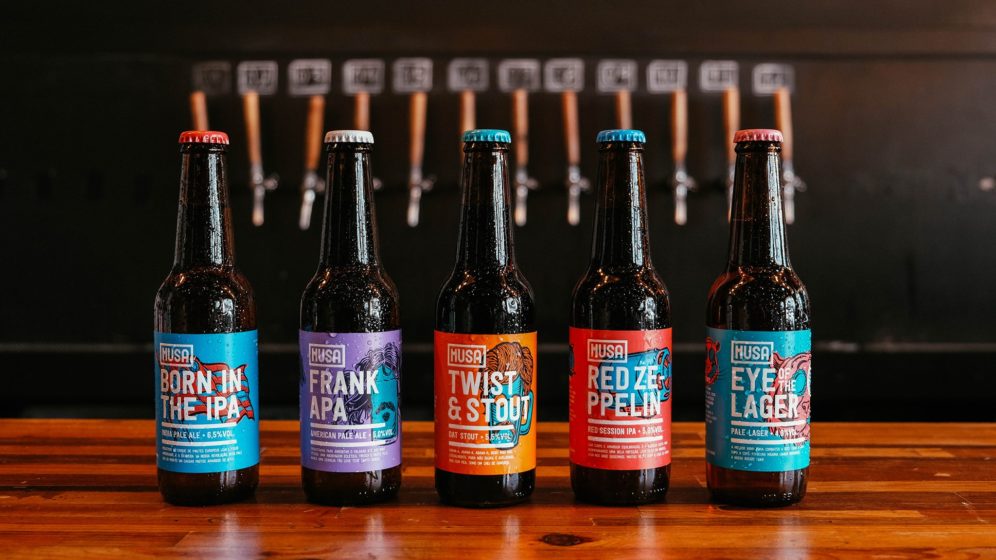 Musa is a Portuguese brewery that embodies quite a bit of the country’s spirit: fun, irreverent, yet serious about making things taste good. Hailing from Lisbon, their current range of beers takes cues from music, resulting in names like Eye of the Lager, Red Zeppelin, Saison O’Connor, and Twist & Stout. Grab a pint at places such as Freehouse, Smith Street Taps, Yeast Side, and Katanashi An, or online at Wine Adore. 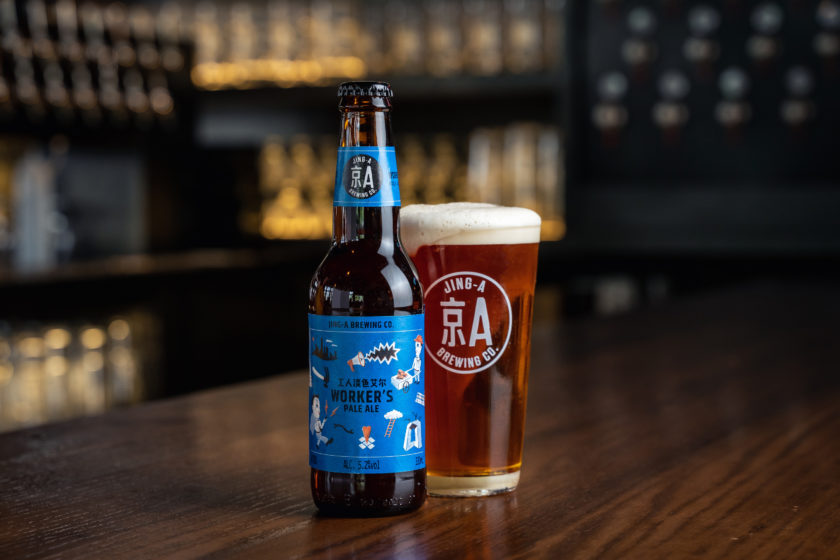 Jing–A is a craft brewery from Beijing and one of its success stories. Established in 2012, they have grown from a single location to multiple taprooms around the capital pouring a range of core and seasonal brews.

Jing-A focuses on using local and regional ingredients to flavour the beers, such as a wheat beer made with dried mandarin orange peels and an ale brewed from red koji rice. Singapore marks their first overseas venture, which they’re marking with the launch of their Mandarin Wheat and Worker’s Pale Ale. Find them at Shopee or Lazada, or in bars like KPO, Sol, and Fu Lin.

An isthmus is a narrow strip of land that’s bordered on both sides by water and connects two larger landmasses. More of a guzzler than a geography fan? It’s also what an Auckland craft brewery has called themselves after the strip of earth where the New Zealand city sits on.

Opened in 2012 by a husband and wife team, who took a hiatus before coming back in 2018, they now make hazy IPAs like their Cloud Series of beers, zesty kettle sours, and bold stouts like the caramelised fig and cacao nib Figaro. Currently on tap at Orh Gao Taproom. 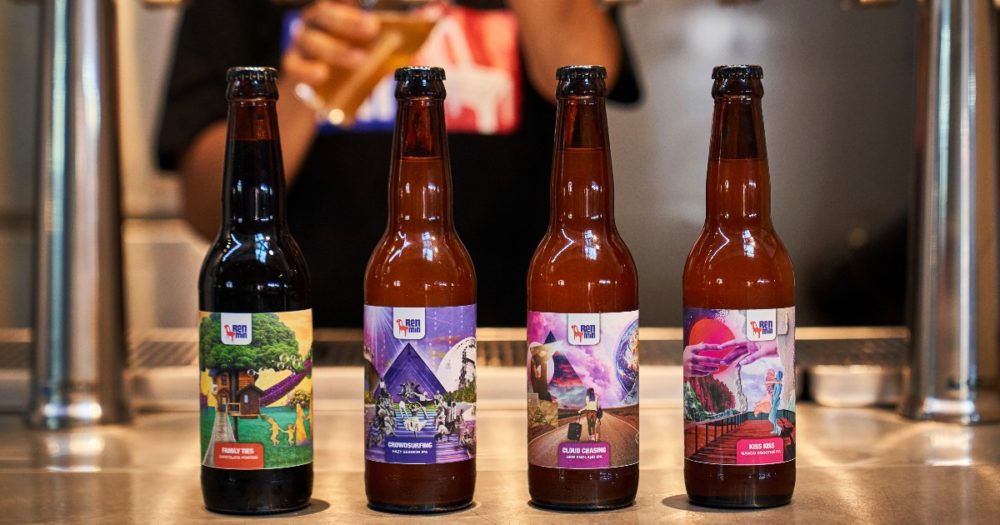 Last year, they rebranded with the idea of opening their own brewery down the line. While the facility is still under construction, Ren Min is contract brewing in different parts of the world. Their second and latest batch of beers is brewed in Vietnam, and they’re offering three IPAs – a session, hazy, and smoothie-style – plus a stout. The names range from Cloud Chasing to Kiss Kiss, which they say is a tribute to “the fundamental joys in life that it has temporarily taken from us.” Drink them at Hello Ren Min, Welcome Ren Min, Temple Cellars, Freehouse, and Beer Force. Moonraker is a relatively new Californian brewery that’s already been making some noise in the beer world. As with most modern American brewers, they put out high alcohol, intensely hoppy beers like the double IPA Electric Lettuce, the dank Day Tripper, and the juicy, New England-style IPA Cool Cool.

Critics, however, are loving it; Rate Beer named Moonraker as the best Californian brewery and ninth best brewery in the world in 2017. Bother their local supplier Smith Street Taps for when they will drop.