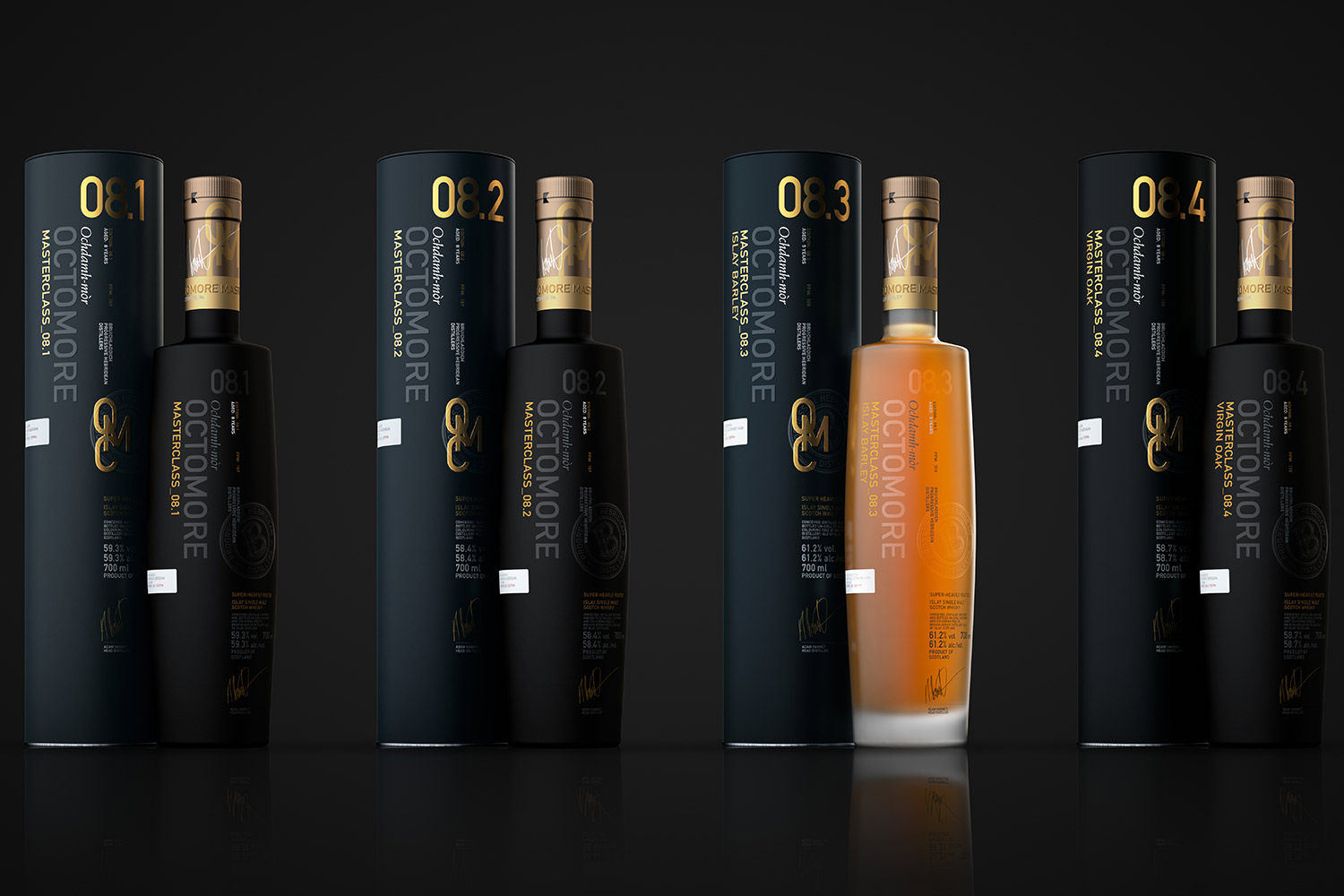 Bruichladdich claims ‘the world’s most heavily peated whisky’ with the Octomore 08.3

Food & Drink
Bruichladdich claims ‘the world’s most heavily peated whisky’ with the Octomore 08.3
Share this article
Next article

The briny, robust smokiness of peated whiskies are, by large, the signature of the Islay region. Unlike their floral, fruity cousins from the Highlands, peated whiskies are not crowd-pleasers. A vast divide still remains between its ardent devotees, who believe it is one of the most striking expressions of Scotch, and its rejects, who hold staunchly to the belief that it tastes like a bushfire doused with salt and spice.

We can’t help you if you fall in the second camp, but if you’re big on smoke, then the arrival of Bruichladdich’s Octomore 08.3 is an occasion for excitement.

Bruichladdich’s Octomore arm has always focused on experimenting with peat. For 15 years, the Octomore family has been growing, where each new release adds dimension to public conceptions of a smoky whisky. Sometimes bizarre, but mostly ingenious, the Octomore series has remained an experimental force in the whisky industry. Its latest suite of releases, the Masterclass, houses the Octomore 08.3, which triumphs as its most surprising bottling yet.

Dubbed by the Islay distillery as ‘the world’s most heavily peated whisky’, the Octomore 08.3 is a five-year-old expression matured in ex-bourbon American oak, and European oak casks that held wines from Paulliac, Ventoux, Rhone and Burgundy. The amber liquid, bottled at 61.2 percent ABV, is made entirely from malted Islay barley sourced from one field in its namesake farm. Its peatiness, measured by phenol counts per million (ppm) is 309.1.

If you’re not already reeling, let’s put this in perspective: A Laphroaig 10 Year Old, considered to be a standard smoky whisky, clocks in just 40 ppm. What most consider to be a peaty single malt, the Ardberg 10 Year Old, is but 55 ppm. An Octomore 08.3 is above and beyond anything the market has seen.

It isn’t an unpleasant dram, either. The aroma is one that teases with smoke, before tapering off into brackish water, and a strong dose of vanilla. There’s a hint of ripe, tropical mangoes, but not particularly evident. The proof is in the spirit though, and what the Octomore 08.3 dishes out is a whole lot of spice on the tongue at first, mingling with punchy peat smoke. A woodiness rears and guides you to a finish.

You’d have to really give Bruichladdich serious chops for what it has masterfully pulled off, especially since it has ventured into territory few other distillers have reckoned with.

Bruichladdich new whisky bruichladdich octomore bruichladdich octomore 08.3 world's most heavily peated whisky whisky releases smoky whisky peaty whisky
Beatrice Bowers
Features Editor
Beatrice Bowers writes about beauty, drinks, and other nice things. When not bound to her keyboard, she moonlights as a Niffler for novels and can be found en route to bankruptcy at your nearest bookstore. Don't tell her boss.
Drinks Beauty
Sign up for our newsletters to have the latest stories delivered straight to your inbox every week.