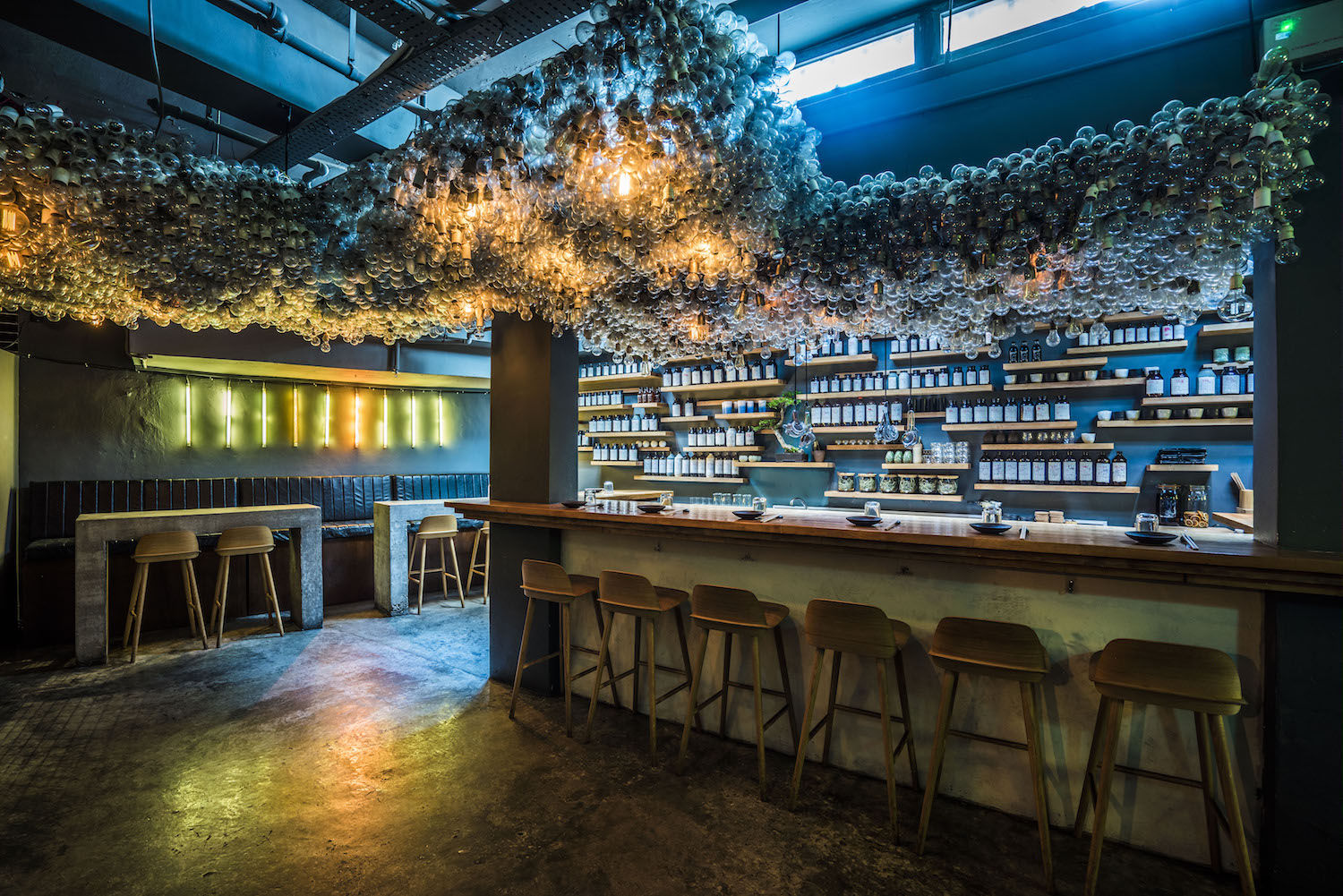 When Operation Dagger stepped into Singapore’s cocktail scene in 2014, the innovative establishment was far ahead of the curve. Co-owned, at the time, by Melbourne bartending icon, Luke Whearty, Operation Dagger generated buzz for the weird and wonderful way it introduced local drinkers to a spectrum of concepts that we now shrug off as the norm — sustainable bartending, in-house fermentation, crafting cocktails with culinary techniques, and letting the sum of a drink’s parts stand out, rather than the spirit base used.

The elements Whearty applied to Operation Dagger did not just bring depth to our city’s bar industry; it also amplified Singapore’s name in the international bar circuit with the many awards the Chinatown-based cocktail cave won since its opening.

Whearty’s departure from the bar he built to renown earlier this year, however, marked the end of one chapter and the beginning of the next under a new face at the reigns: Thomas Girard, formerly from Le Coq and 69 Colebrook Row.

With this Frenchman’s takeover, Operation Dagger presents a new menu of food and drinks that zone in on regional, familiar ingredients, for the most part, to bridge the gap between experimental and approachable.

The old and the renewed

All the pillars that hold up Operation Dagger’s name still remain. The list of Dangerous Drinking Water, what the bar calls its cocktails, is refreshed with six new entrants to bolster three of the classics (lovers of their Choc Pinot, Bee Pollen and Hot + Cold can rejoice). There is also a revamp to its array of fermented hooches, which are all made in the bar’s backroom.

Created in collaboration with the new bar and the kitchen team, these cocktails still keep their spirit base and brand hidden, highlighting instead the ingredients that go into its recipe, labelled with cheeky names.

“So It Wasn’t Coffee” is a fantastic opener to your time by the bar. The coffee gin and tonic is the bar’s philosophy of sustainability in a glass, made from gin distilled with recycled coffee grounds sourced from nearby cafés. There’s an earthy, almost charred bitterness to the clear golden drink, boldly declaring the key, unseen ingredient used in the cocktail. Also, the combination of coffee and gin is a winner in our books, anytime.

There’s Cheese, No Egg, which arrives to your table in a glass cloche that locks in the smoke that suffuses into the cocktail as you let it sit. Theatrics aside, the creamy cocktail is riddled with umami thanks to the use of cheddar, slightly softened with a tinge of honey.

Purple Yamborghini is a crowd-pleaser in the making, tasting like the beverage equivalent of the yam ice cream reminiscent of old-school ice cream carts. The lavender cocktail’s milky consistency comes from the yoghurt used, flavoured with pandan and the yam that builds its nostalgic, deliciously familiar character.

Cushion your cocktail orders with some selections from the hooch menu, of which the punchy Jackfruit and Tepatxe come heartily recommended. The former nullifies the pungency of its namesake fruit, leaving only the sweetness. Tepaxte plays on tepache, the classic fermented drink from Mexico, using pineapples and spice to create a whole lot of punch.

Food to feed on

The bar bites menu has a similar mix of past and present. Favourites like the French Fries, Sour + Bread and Yesterday’s Mash remain with minor tweaks to some, coexisting alongside additions such as the Chilli + Meat, where slow-cooked beef, kidney beans and cacao offer a twist on the chilli con carne, and Smoked Caramel, a dessert that straddles sweet and salt.

Even with the update, Operation Dagger is still the bar we know, with engineered surprises on the menu, all of them melding madcap with finesse.

Operation Dagger
Address
#B1-01 7 Ann Siang Hill, Singapore 069791
Website
Website Here
Phone
+65 6438 4057
Drinks Review Operation Dagger
Beatrice Bowers
Features Editor
Beatrice Bowers writes about beauty, drinks, and other nice things. When not bound to her keyboard, she moonlights as a Niffler for novels and can be found en route to bankruptcy at your nearest bookstore. Don't tell her boss.
Drinks Beauty
Sign up for our newsletters to have the latest stories delivered straight to your inbox every week.