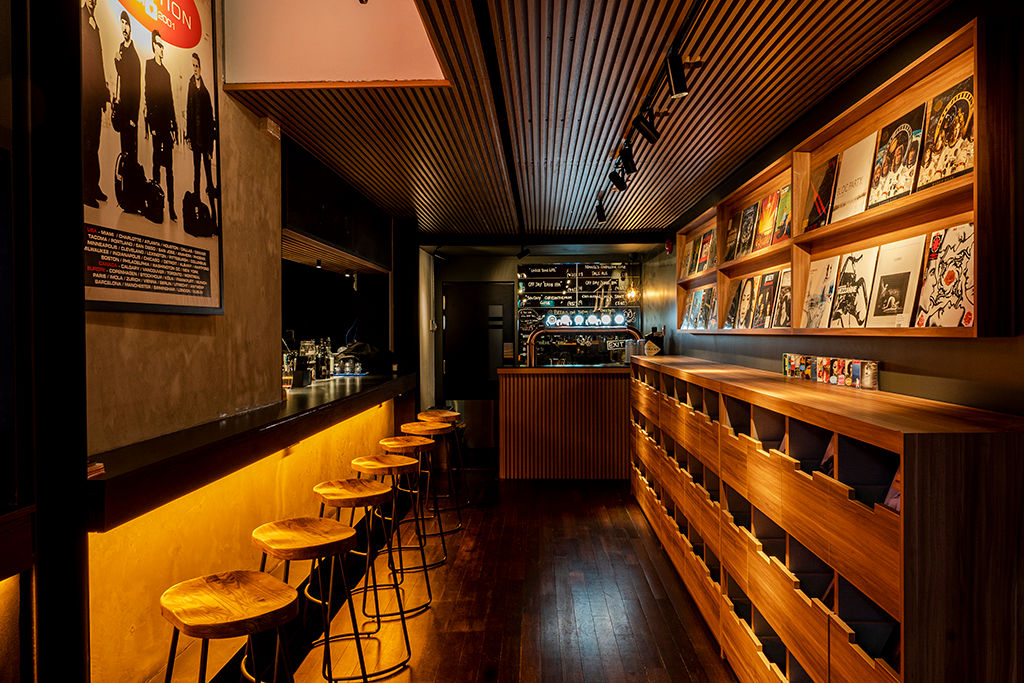 July brings musical maestro Jasmine Sokko to our cover, and with her these nine bars in Singapore where the music share the stage with the food and drinks.

No Spotify playlists are in sight here. Instead, it’s live music at Maduro, Blu Jaz, and Astor Bar, which feature crooners belting out jazz and blues. For Singapore’s next generation of stars, Stage gives them a platform to play in front of an audience, while bands at Timbre X S.E.A offer bands by the Singapore River.

The warm melodies of a saxophone syncs with electronic beats at Club 5 every Friday, as a mix of funk, soul, house, and other genres take precedence at Offtrack. For the rich and comforting sound of vinyl, the sound systems at Vertigo26 and RPM by Dbespoke bring justice to old school records. 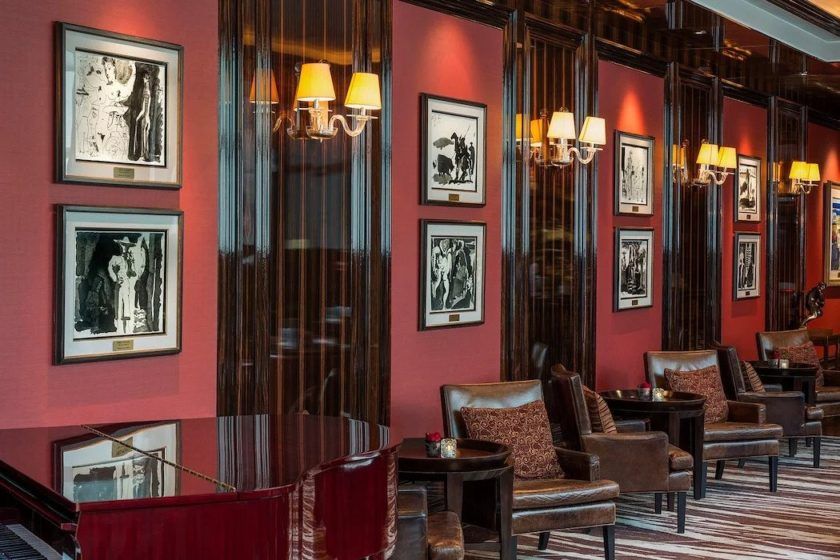 Astor Bar at the St. Regis hotel has a legacy as long as it is lyrical. The New York location was where the Bloody Mary was invented, and the elegant drinking den in Singapore offers a chilli padi version of the original. It spices up your night in preparation for a live jazz performance by resident singer Eugenia Fernandez and pianist Chris Robinson, who come on every evening to croon sexy tunes.

Wednesdays to Sundays, 3pm to midnight 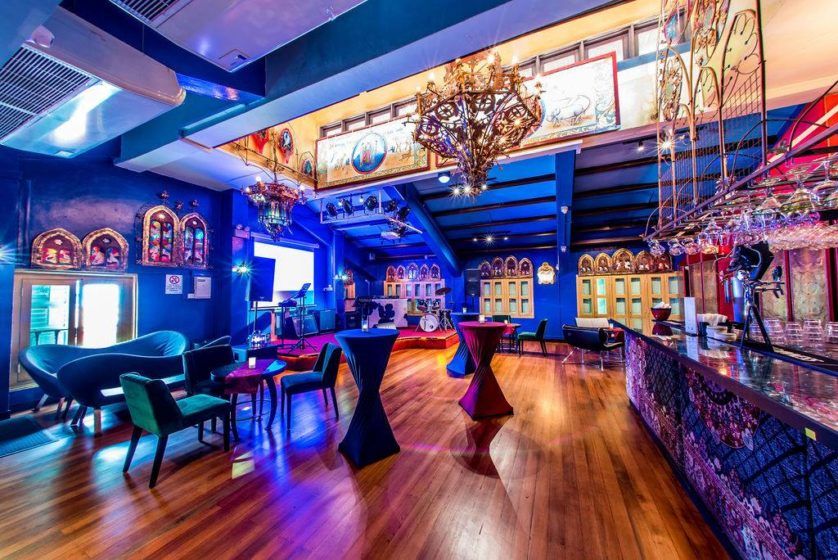 Open in its current guise since 2006, Blu Jaz is an intimate loft space serving up jazz music talents from Singapore and overseas. Recent performances include the wide-ranging sounds of British saxophonist and composer Grey Lyons, the striped-back tunes of Darren Moore Trio, and a flute ensemble by Rit Xu and band. Listen with a pitcher of frozen Margarita in hand, and dig into northern Indian dishes like Amritsari Paneer Tikka and Mutton Rogan Josh. 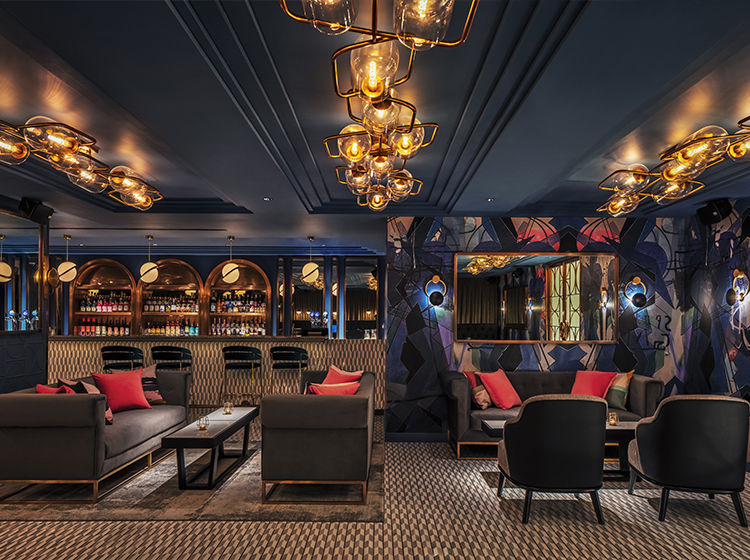 Club 5 goes from craft cocktail bar to groovy lounge on Friday nights when they put on their Friday Funk sessions. The venue at Parkroyal on Beach Road hotel hosts selectors from events and music consultants The DJ Dispensary, who spin an eclectic mix of deep house and disco beats to techno, funk, and hip hop. The highlight, however, is a live saxophone performance by DJ Kaye, who combines his dexterity with the instrument with electronic beats. Before you hit the dancefloor, fuel up with the bar’s cardamon-inflected 20 Houses Tonic and Nasi Lema’rgarita.

Tuesdays to Saturdays, 5pm to midnight 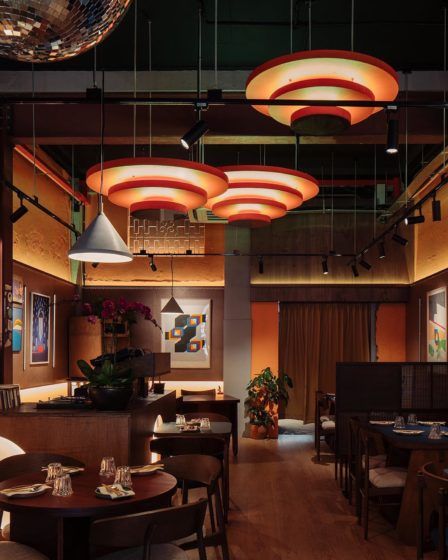 Offtrack is a bar and restaurant started by the cofounders of local music collectives Darker Than Wax and Ice Cream Sundays. They wanted to give local and regional DJs, as well as record collectors, a place to spin their music, which can range from Southeast Asian funk to soul. Cocktails take cues from ever-reliable classics, together with pan-Asian dishes like avocado kombu and cauliflower XO fried rice.

Tuesdays to Saturdays, 5pm to midnight 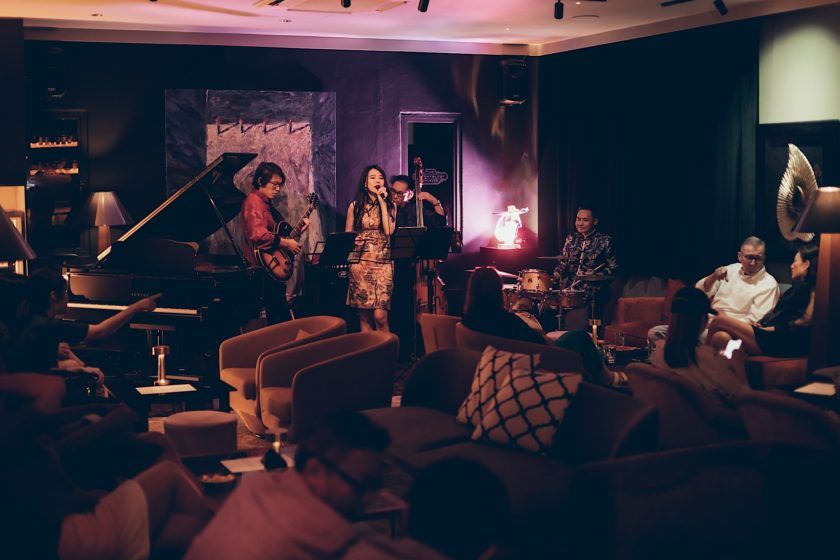 Based in Dempsey, Maduro combines cocktail bar, supperclub, and jazz lounge under one roof. The venue was founded by pianist Peter Ng, who played with big names like Anita Sarawak and Frances Yip before becoming a real estate broker. Now dedicated to his first love, Ng puts local and international talents on stage, who play jazz and classical tunes as people drink cocktails designed by Andrew Yap of Papa Doble and dine on food from French restaurant Atout below. 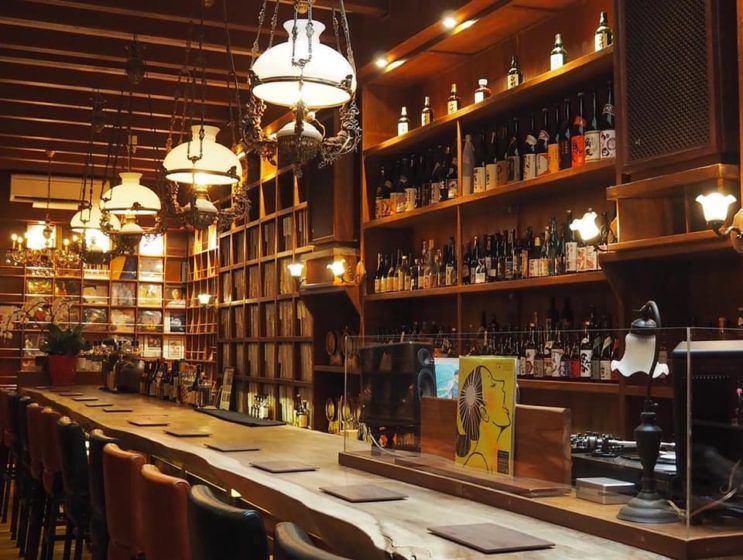 Besides being a fantastic bartender, Japan native Daiki Kanetaka is also an audiophile, and he channelled both passions into this vinyl bar. An offshoot of his cocktail joint D.Bespoke, RPM spins mainly jazz, soul, funk, and rock records collected by Kanetaka since his youth, which are played on a vintage audio system. The menu consists of mainly shochu-based drinks, as well as barrel-aged cocktails, sake, and whisky. 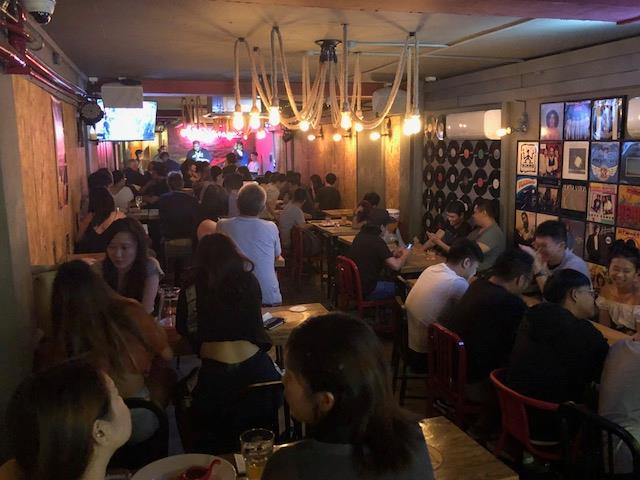 To catch Singapore’s next crop of musical talents, head to the Stage. The bar and restaurant shines the spotlight on young, home-grown artistes,  including students at Lee Wei Song School of Music, and gives them a platform to showcase their stuff. While the food and drink menu may not be as sophisticated as other places – think commercial lager and chicken wings – they are priced accordingly for the youthful crowd. 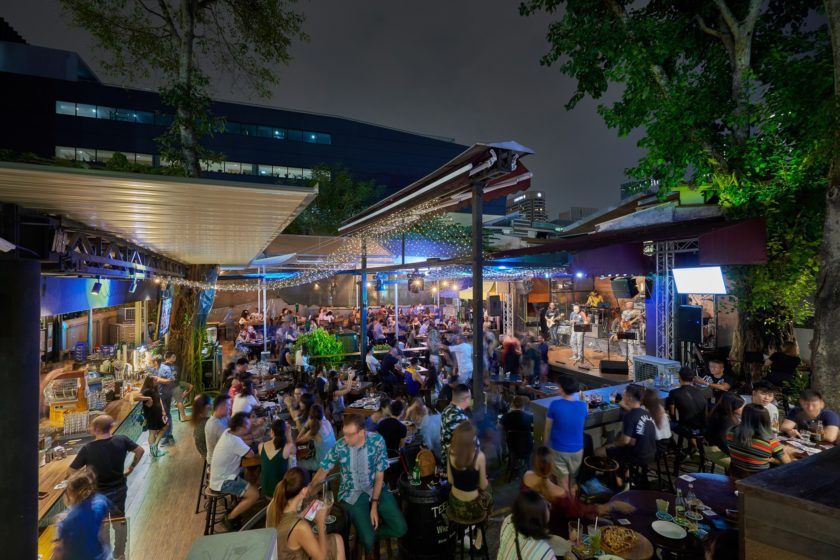 The fanciest of all the group’s food centres, this Timbre is located at the historic Parliament House, the former meeting place of the Singapore government. The music is just as authoritative: featuring some of the region’s top bands playing mando pop to cover songs. Food ranges from Buah Keluak Braised Pork Cheek Buns to laksa risotto, and drinks include big brand beers, soju shots, and signature cocktails like Thai Mojito. 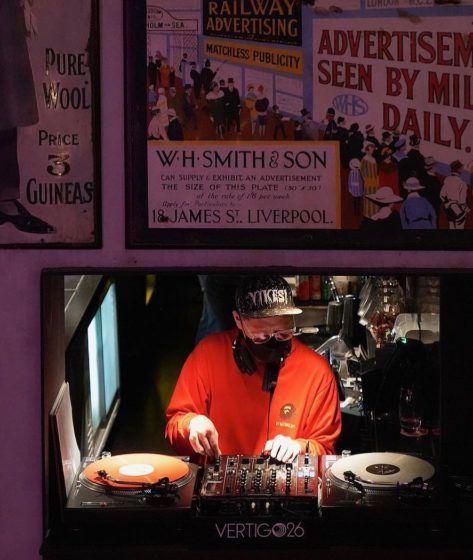 The warm tunes of vinyl fill the air at Vertigo26, a listening bar and restaurant that only plays records. Founded by Eric Chan and Simon Chia, who provided technical support for the Sunset Cinema screenings and Films @ the Fort outdoor movie screenings, tracks range from Black Sabbath to the Bestie Boys, which are piped out on a massive vintage JBL S2600 speakers system. Listen to the analogue sounds as you drink local craft beer and eat Japanese-influenced dishes.

Mondays to Saturdays, 5pm to midnight 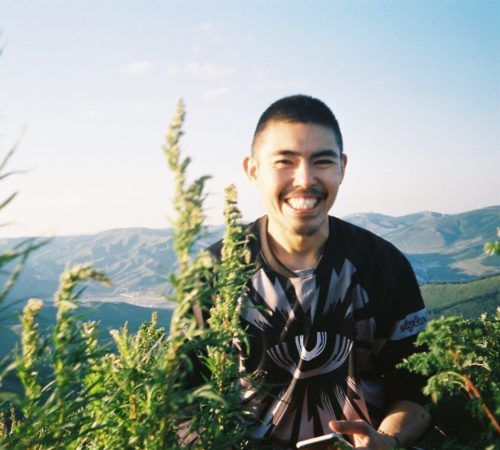 Here’s why the Yamazaki 55 whiskey is so expensive