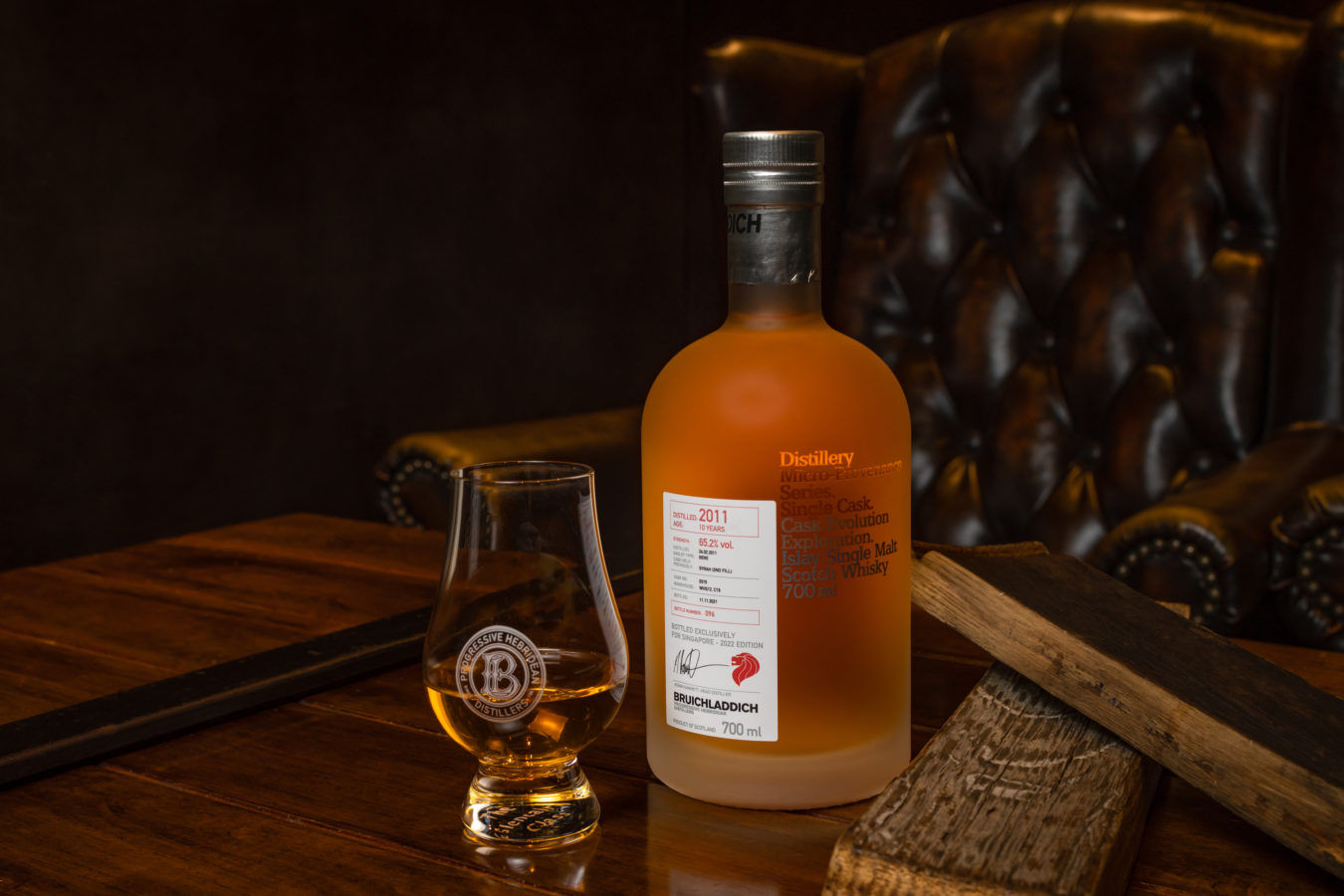 Singapore, Bruichladdich’s latest Micro Provenance whisky is just for you

Bruichladdich is once again making denizens of the Lion City feel special with the debut of the latest Singapore-exclusive single cask whisky.

The bottling is part of the brand’s Micro Provenance collection, which showcases the 80,000 casks spanning over 200 types it has in its warehouses. Each year, Head Distiller Adam Hannett selects a handful of barrels for release to highlight the idiosyncrasies of each cask within the 141-year-old distillery.

“At Bruichladdich, my role is to guide and shape these whiskies to express their provenance and terroir, rather than try to wrestle the variation into a narrow yet consistent band of flavour,” he said. “Experimenting with age, storage location, cask type and other variables translates into the highly unique characteristics in our casks – full of character, flair and attitude.”

For this year, 20 different casks were offered to 10 countries. Singapore was allocated one. What the republic got was a second-fill syrah barrel originally from France’s Rhône wine region. It was filled with unpeated single malt distilled in 2011, then bottled in November 2021 at a cask strength of 65.2 percent ABV.

Distinguishing from its previous launch, the bottle’s label is printed with the country’s national symbol, the red Merlion head. Only 282 bottles are available here.

The whisky might have collector status, but it helps that it drinks beautifully too. The nose immediately reveals bright red fruits and cereal, backed by an undercurrent of toast. The palate is almost cognac-like, with more red fruits, blackberry, white pepper and liquorice summed up by a rich finish.

The whisky is also available at bars including The Cooperage, Malts, The Single Cask, Shanghai Vault, CU, The Writing Club and The Joint.

Drinks Whisky
Jethro Kang
Jethro enjoys wine, biking, and climbing, and he's terrible at all three. In between them, he drinks commercial lagers and eats dumplings.
Sign up for our newsletters to have the latest stories delivered straight to your inbox every week.

Italian AF: 8 best bars for spritzes, negronis and other aperitivo cocktails in Singapore