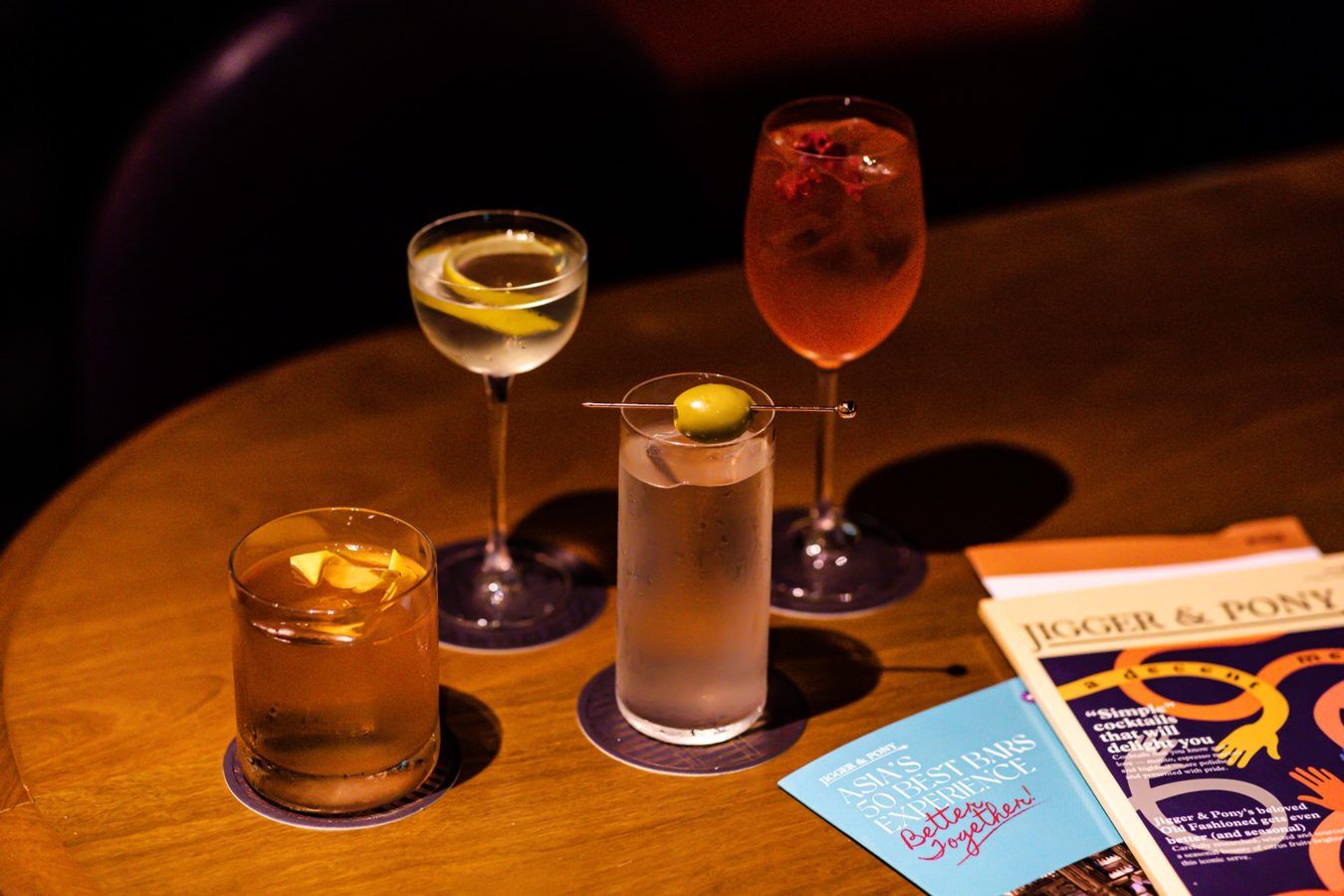 Announced at a ceremony in London on 7 December, Jigger & Pony retained its ninth position from last year, and was the top bar from Singapore. Manhattan dropped one spot to No.15, while Atlas came in at 16th after reaching fourth place last year.

No Sleep Club made its its inaugural foray into the top 50 list at No.26, after receiving the 2020 Campari One To Watch Award, which was given to venues with the potential to appear in future rankings. At No.36, MO Bar was also a new entry. The hotel bar previously won the Michter’s Art of Hospitality Award as part of the Asia’s 50 Best Bars 2021 edition.

This year’s crown went to Connaught Bar in London. Renowned for its impeccable service and signature dry Martini, which is made table side from a trolley. This is the second consecutive year the hotel bar has taken first place. Tayer + Elementary in London and Barcelona’s Paradiso rounded up the top three.

Regionally, Coa from Hong Kong was named the best bar in Asia, displacing last year’s winner Atlas. The venue in Sheung Wan focuses on agave spirits, and is named after a machete like tool used for harvesting the plant.

Overall, Singapore led the way with the most number of bars from Asia on the list. Besides Coa, Hong Kong was represented by new entry Darkside (#49), and Quinary reentered the ranking at No.50. From Shanghai, there was Sober Company (#39), as well as new entries Epic (#41) and Union Trading Company (#48). Tokyo claimed two spots with SG Club (#18) and Bar Benfiddich (#32), while Seoul (Charles H, #42) and New Delhi (Sidecar, #47) took one spot each.

Globally, Europe had the most number of entires on the list with 17 bars from the continent. Asia is next with 16 spots, followed by eight from North America, four from Australia, three South American entries and two from the Middle East.

This was the 13th year of the World’s 50 Best Bars ranking. It was first announced in 2008 with an annual awards ceremony held in London since 2012. This year’s list was voted by over 600 drink experts from 55 countries, including drink writers, bartenders and bar owners.

Drinks Cocktails Bars World's 50 Best Bars 2021
Jethro Kang
Jethro enjoys wine, biking, and climbing, and he's terrible at all three. In between them, he drinks commercial lagers and eats dumplings.
Sign up for our newsletters to have the latest stories delivered straight to your inbox every week.