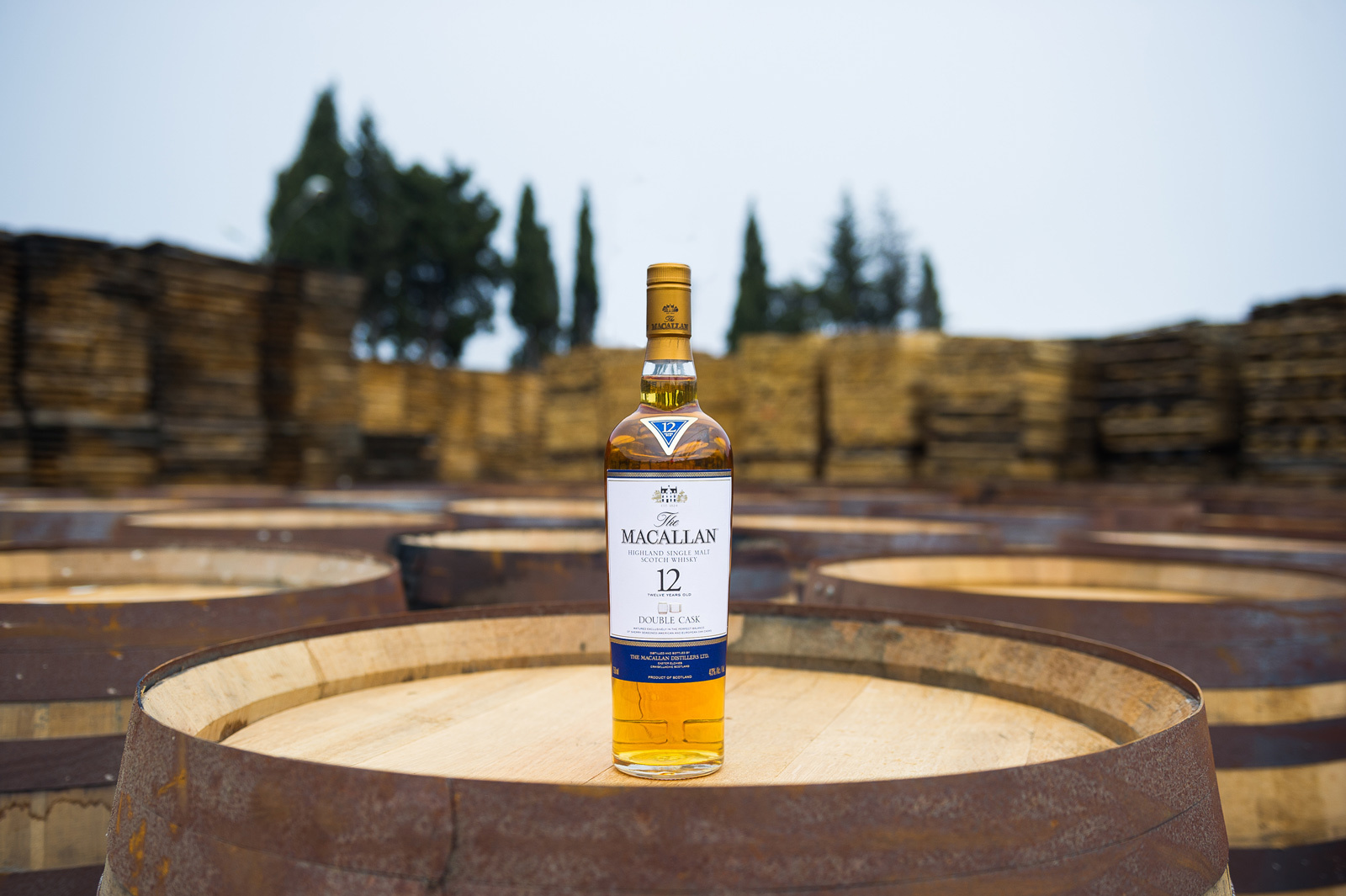 Spirited away: Which Macallan whisky suits you best?

Food & Drink
Spirited away: Which Macallan whisky suits you best?
Share this article
Next article

Being one of the most prominent whiskies on the market, The Macallan is easily accessible, and its rarer expressions are highly sought after by whisky collectors. It is this bridge between prominence and desirability that has made The Macallan and all its offerings such a prolific distillery since its founding in 1824.

Macallan whiskies are characterised by a balance of sweet dried fruit flavours and rich spices, thanks to the distillery’s investment in procuring only the finest oak casks to mature their whiskies. Notes like chocolate, citrus and vanilla are pulled from a selection of European and American seasoned sherry oak casks, while bourbon seasoned casks from America impart oaken hints to each whisky. Despite the similarities in craft, each expression of Macallan still retains its individuality despite these unifying flavours and ease of appreciation.

Every whisky enthusiast is an individual as well, with complex preferences and varying levels of knowledge when it comes to appreciating the spirit. As advocates of broadening horizons, we’ve compiled a guide of sorts by matching the different levels of expertise to four key Macallan bottles. Whether you’re contemplating a new bottle for your collection, or simply want something to gift at a casual get-together, there’s assuredly a Macallan for you. 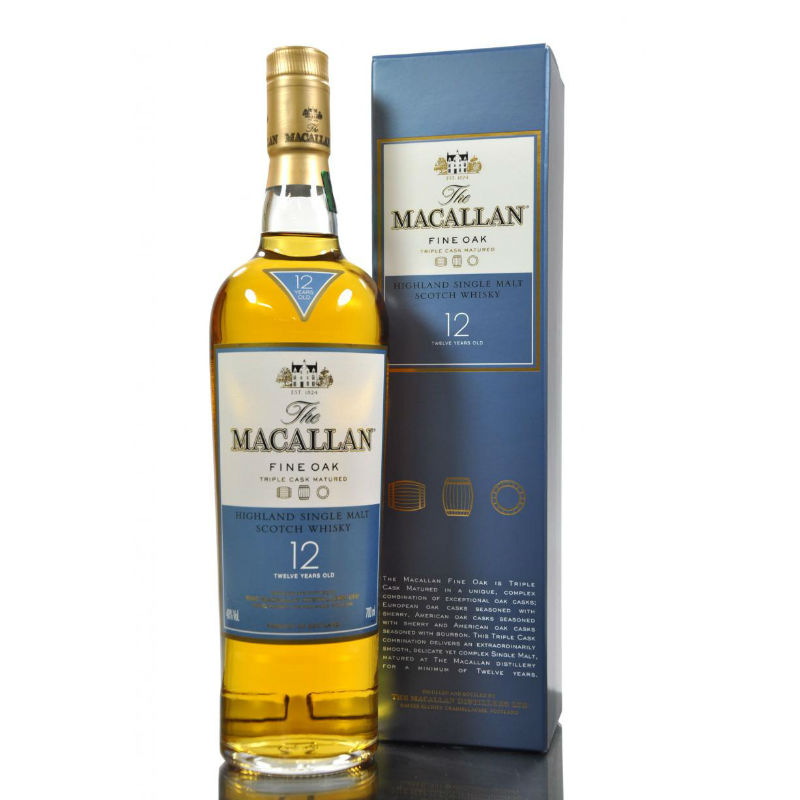 Macallan’s shift into maturing whisky in both bourbon and sherry casks is embodied within the Fine Oak range. The 12 Year Old is a stellar example of a young whisky that is delightfully rich, yet balanced with strong citrus and oak notes. This straw-coloured spirit is a mellower whisky with pronounced floral notes, making it a daintier whisky in the Macallan range. The Fine Oak 12 Years one that beginners can venture into thanks to its light flavour profile, allowing novice drinkers to discern the influence that wood has in the composition of single-malts. 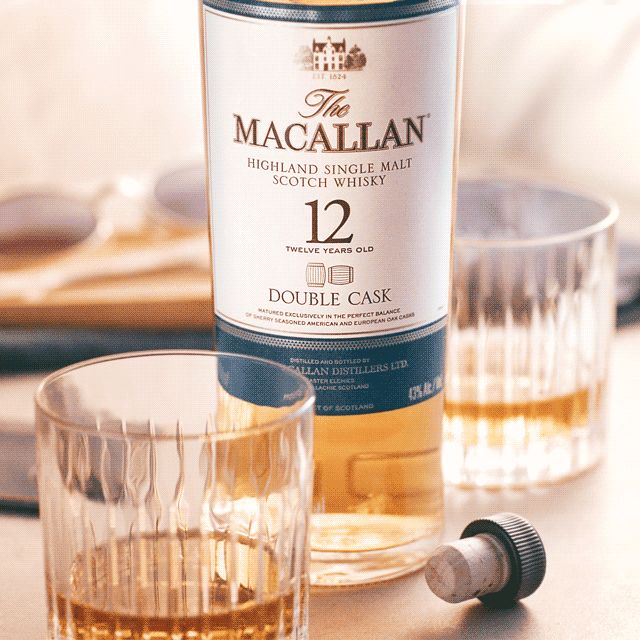 Macallan is most famed for maturing their whisky in sherry oak casks, and the Double Cask 12 Year Old is an ideal way to access a nuanced version of the traditional Sherry Oak expression. It is lighter than the original Sherry Oak 12 Year Old, with a prominent butterscotch sweetness, and strong notes of vanilla and marmalade. This complexity of flavour is ideal for discerning drinkers to fully acclimatise their palates to identifying various notes in a whisky before graduating to stronger Macallans. 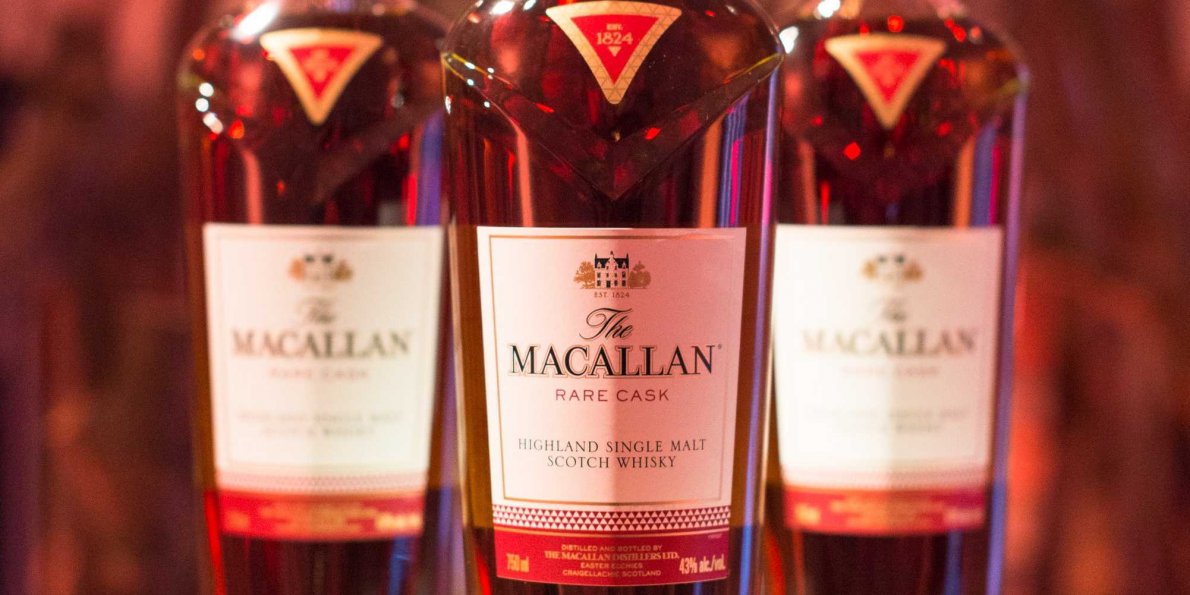 Matured in 16 different sherry casks by Master Whisky Maker Bob Dalgarno, the Rare Cask is a complex beast with understandable exclusivity. Aside from the sultanas and vanilla one can easily identify from a sherried whisky, the Rare Cask is heavy on the spice with notes of cayenne and cinnamon spliced with woody bitterness. Connoisseurs looking to venture into No Age Statement Whiskies should definitely gun for the Rare Cask as a unique inclusion to their collection. 4
For the avid collector

The previous three Macallan expressions here veer towards sweeter notes, but the Macallan Rare Cask Black is the seductive dark horse of the clan — a peaty Macallan whisky (say what?). Less than 100 casks maturing at The Macallan distillery have contributed to the creation of this out-of-character smoky whisky. Its marked difference from Macallan’s other whisky offerings makes this bottling highly sought after by collectors, despite it costing a pretty penny.

The Macallan Rare Cask Black is a Travel Retail Exclusive.

Drinks Macallan Party Whisky The Macallan Alcohol Christmas Scottish Whisky Single Malt Whisky what macallan whisky suits you best
Beatrice Bowers
Features Editor
Beatrice Bowers writes about beauty, drinks, and other nice things. When not bound to her keyboard, she moonlights as a Niffler for novels and can be found en route to bankruptcy at your nearest bookstore. Don't tell her boss.
Drinks Beauty