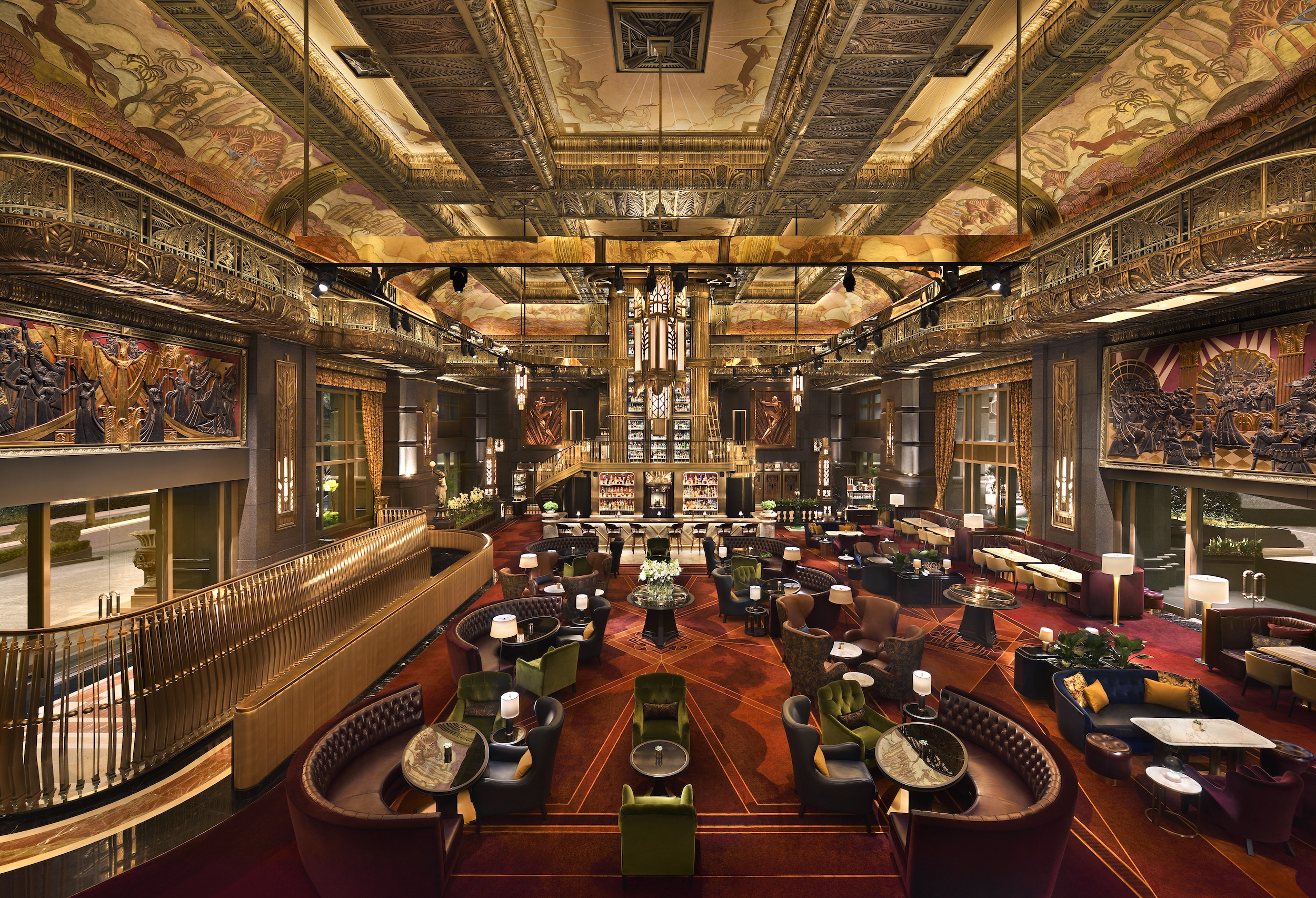 Atlas Singapore opened this year in March, and since then, the institution has floated its way to global recognition, for obvious reasons. Its opulent, Art Deco interior is a magnet for public wonder, and within, the world’s largest gin collection with over 1,000 bottles rests on its towering, gilded elevator. Atlas is an orchestra that captures the allure of the Belle Époque era, and all of the period’s joie de vivre is expressed in the bars 300-bottle strong champagne collection.

“We aim to be the Champagne of Asia,” said Mason Ng, the Head Sommelier at Atlas. Ng, 22, is the youngest sommelier in Asia who has worked to curate the bar’s broad champagne menu with resident sommelier, Lucas Liu, and Jack Cheung, the family sommelier for the Hwang clan that owns Atlas and its home, Parkview Square.

“I once went to Champagne and showed a maker Atlas’ collection list, and he said we have more champagne expressions than the region itself,” Ng joked.

A look at the tome that catalogues Atlas’ champagnes is testament enough to the maker’s astonishment. There are familiar names and vintages, like Dom Pérignon, Krug and Louis Roderer, though the soul of the menu lies in the ocean of champagne bottles available from premium and boutique houses. Most are unheard of in Singapore, and all exist to thrill anyone with an inclination for champagne.

Aside from working with regional buyers to secure their orders, Atlas commissions a personal pilot to fly to Champagne twice a month to secure bottles for the bar. Because their collection extensively features artisanal grower champagnes — small-batch wines made by the same estate that owns the vineyards — many are available only in very limited quantities.

We recently had the opportunity to sample a suite of wines from the Atlas Champagne Collection, some of which aren’t yet on the menu.

The tasting began with Lanson’s Ratafia de Champagne, a sweet wine typically served as an aperitif. Ratafia is a sweet wine, produced by high-sugar, low-acid grapes and made by the mutage method. Mutage involves adding grape spirit to the wine to stop fermentation, and the result is a wine with a high dosage level. The Ratafia from Lanson had a syrupy sweetness reminiscent of raisins and a touch of chamomile that prevented it from being sickly. This 18 percent ABV wine, made from the same grapes as champagne, displayed the region’s diversity beyond the bubbly.

Ulysse Collin is a grower champagne house. Its Blanc de Noirs is a layered and heady Extra Brut the colour of apple skin, made with grapes from 42-year-old vines. This Pinot Noir cuvée is a bodied alternative to a lean Blanc de Blanc, opening up with green apples on the nose, before it blossoms into buttery brioche and apple tart on the tongue. The complexity and breadth of the champagne held its own against meatier dishes, unlike its Chardonnay-based sibling.

The encyclopaedic nature of Atlas’ Champagne Collection should not intimidate. Ng and his team of sommeliers have made sure the menu is organised in an accessible fashion, with neatly defined categories, and an assortment of champagnes sold by glass, or as flights for keen consumers to explore. They are also a conscientious team, ready to explain and take you through every request. For all its lavishness, Atlas does not alienate its patrons. Order a tasting flight or a bottle of unfamiliar bubbly, and experience that for yourself.