Home > Food & Drink > Drinks > The best Negroni I ever had 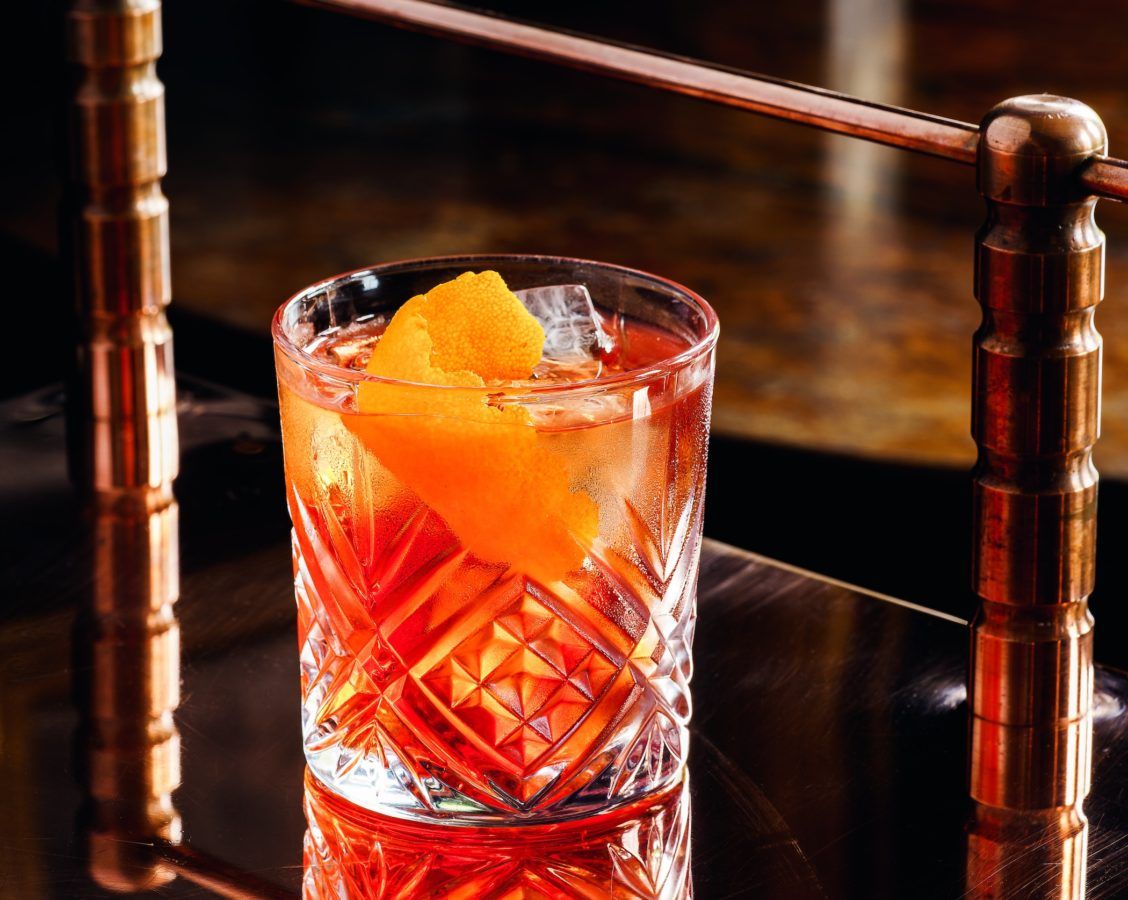 A few weeks ago, I cried over a Negroni. Actually, that’s not entirely true; it’s not like I was sitting there convulsing with body-shaking sobs of cocktail bliss. It was more like a general misting of the eyes, with maybe — maybe — a tear or two that escaped the bounds of my eyelids and made the slow, cinematic trek down my cheeks.

I’d landed in Milan a few hours earlier, after connecting in London on the redeye from Philadelphia, so I was tired and not entirely in control of my emotions. On top of that, this was my first trip back to Italy since the Before Times. In that now seemingly halcyon era, I had the great fortune of travelling to Europe seven or eight or nine times a year for work, tasting the wines and spirits and exploring the restaurants and abusing my body with enough calories and cured meats to make even a gorging-before-hibernation bear recoil in horror.

How did Brian Freedman find the best Negroni?

In November of 2019, I spent a week in Tuscany. In January 2020, I spent a week in Paris and Champagne. Yet that March, I left Egypt several days early with a cough and an inbox filled with vaguely concerning emails about this mystery virus which, it was slowly dawning on us all, “just might be a serious problem.”

And then, aside from a visit to Sonoma, I spent the next year and a half at home before winging my way across an ocean again for a wine-focused trip to Israel. I was supposed to go to Tuscany this past February, but a positive COVID test kept me homebound.

So by the time I landed in Milan, I was essentially little more than a rumpled, jet-lagged husk filled with an emotional cappuccino of anticipation and relief and joy. Earlier that day, after checking into the Armani Hotel and being greeted with a tower of fruit and pastries and a bottle of Champagne in my room, I had a late solo lunch at La Gioia, a quick walk from the hotel.

I may or may not have misted up when I took my first bite of tagliolini with culatello ragù — OK, I definitely did. (The couple on a date at the table next to me was visibly confused when I began wiping my eyes with the napkin and slugging back my glass of Valpolicella Ripasso in an effort to cover my pathetically lachrymose display and act cool — which I utterly failed to do.)

But the Negroni a few hours later had a special significance.

Like so many of us, the cocktail hour became a ritual in our house pretty early on in 2020, a single buoy of normalcy that we could cling to in the otherwise choppy seas of navigating a pandemic. And my wife and I quickly learned that, if you’re going to be imbibing by five in the evening every day — closer to four o’clock in those early, terrifying months — a Martini or a Manhattan was a bit much for a random Tuesday. Negronis, however, were just the ticket: refreshing, not too boozy, and unerringly cheerful. Plus, it reminded us of Italy.

In the summer of 2019, instead of sending our daughters to camp, which costs approximately US$1,854,962 (HKD 1,854,962) per child, we rented a house in Pistoia, the charming city in Tuscany, and spent more than a month in the country. (Between the airline miles we used to get there, and the fact that it was technically a work trip — I tasted wine every day — it saved us a ton of money.) Inevitably, and of course, strictly in the interest of enmeshing ourselves in the local culture, Negronis were a daily dalliance. If we couldn’t go to Italy in 2020 and much of 2021 — if we couldn’t even go to our local Whole Foods without some modicum of fear — then we’d at least bring a simulacrum of la bella Italia to our tiny suburban Philly house.

So by the time I got to Camparino that Sunday evening with my friend and colleague Claire, having a Negroni in Milan, at a cafe named after the key ingredient in the drink — Campari, Camparino — and founded by one of the scions of the family that created the majestic elixir in the first place, the ritual had taken on quasi-religious fervour.

We entered through the main entrance, all rich wood and patina, and were shown to a table outside, a front-row seat to the tourists and locals passing through the massively arched Galleria Vittorio Emanuele II, the late-afternoon sun shimmying through the glass and glinting off the struts high above.

“Due Negroni, per favore.”

When the drinks arrived, they shimmered. Ribbons of silky spirit wiggled through the refracting lenses of the large ice cubes. We toasted, then took our first sips. The balance between sweet and savoury was both bracing and comforting. It was energetic yet not overly so, kissed with a subtle fruit character that was instantly cauterised by a backbone of taut bitterness, of juniper- and herb-borne depth.

Texturally, it was as if cashmere and velvet had a baby as if Barry White were always crooning in the background as if it was always the golden hour and my life were that of an Instagram influencer, the world an eternal vineyard at dusk. It was the single best Negroni I’d ever tasted.

Claire, a consummate professional that she is, simply looked like any other adult human enjoying a beautifully crafted cocktail: Calm, elegant, composed. I, on the other hand — after 15 months away from Europe and a full year and a half in exile from Italy, and what I assume to be approximately 387 Negronis at home — was like a child.

I teared up again, washed over by a wave of emotion months and months in the making. I was like an emotional two-litre bottle of Coke, and that first sip of Negroni was the fistful of Mentos that caused it to bubble over.

Now that I have time and a few thousand miles distances from Camparino, I can look at it all with less emotion-tinged eyes. Was it as profound a Negroni as it seemed at the time? Did it justify the shedding of tears for the second time that day? Would it be worth flying across the Atlantic to enjoy?

Yes to all three. It was, it did, and it would. So of course we ordered another round.

Drinks Italy Negroni best negroni Italian drinks Brian Freedman
Brian Freedman
Drinks
Sign up for our newsletters to have the latest stories delivered straight to your inbox every week.