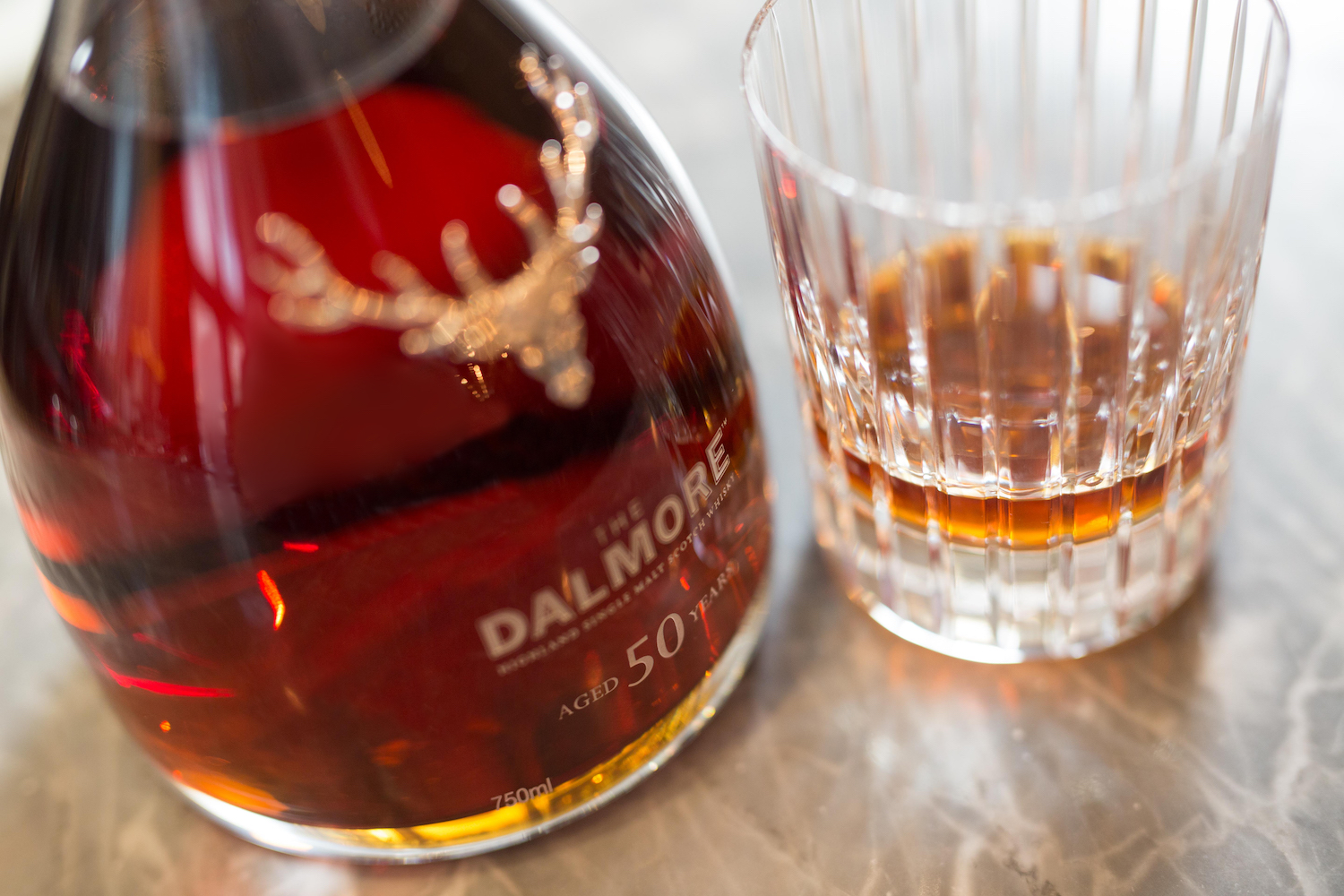 Richard Paterson isn’t afraid to school someone who’s not up to standard. At the recent celebration of his 50th anniversary with The Dalmore, the Master Distiller regaled many a story where people who drank whisky the wrong way before him would earn themselves a smack.

“I spent 22 years of my life on this whisky, and you won’t even keep it in your mouth for 22 seconds?” Paterson said to the laughing crowd, thoroughly affronted. The Scotsman’s a purist, and has an unparalleled passion for whisky, even after 50 years with The Dalmore.

Known throughout the industry for his outstanding olfactory senses, which allows him to nose hundreds of The Dalmore samples a day, Paterson’s abilities have branded him as one of the top whisky craftsmen. This legacy has now been immortalised in The Dalmore 50 years old single malt.

Paterson has always been pushing for the evolution of multi-cask maturation. These include some of The Dalmore’s finest blends, like the Quintessence and King Alexander III, with the latter being the first single malt in the world to be finished in six different casks. It comes expected that The Dalmore 50 years old would be a multi-cask beauty too.

First, the newly released expression spent 37 years in American white oak ex-bourbon casks. Then, it resided in Matusalem olroso sherry casks for about nine years. It was then matured in Colheita port pipes from Portugal, before returning to bourbon casks. The final, and most exciting finish to the whisky stems from being kept in rare champagne casks from Domaine Henri Giraud for 50 days.

The extremely complex whisky comes bottled in a Baccarat crystal decanter, decorated with a silver stag emblem crafted by Hamilton & Inches, and enclosed in a luxurious box made by Linley. It is so prized that those presenting the whisky have to don gloves.

As befitting the theme, only 50 bottles have been released worldwide, with nine in Singapore. Each bottle retails for approximately S$90,000. Just promise you’ll do Paterson proud by drinking it right.