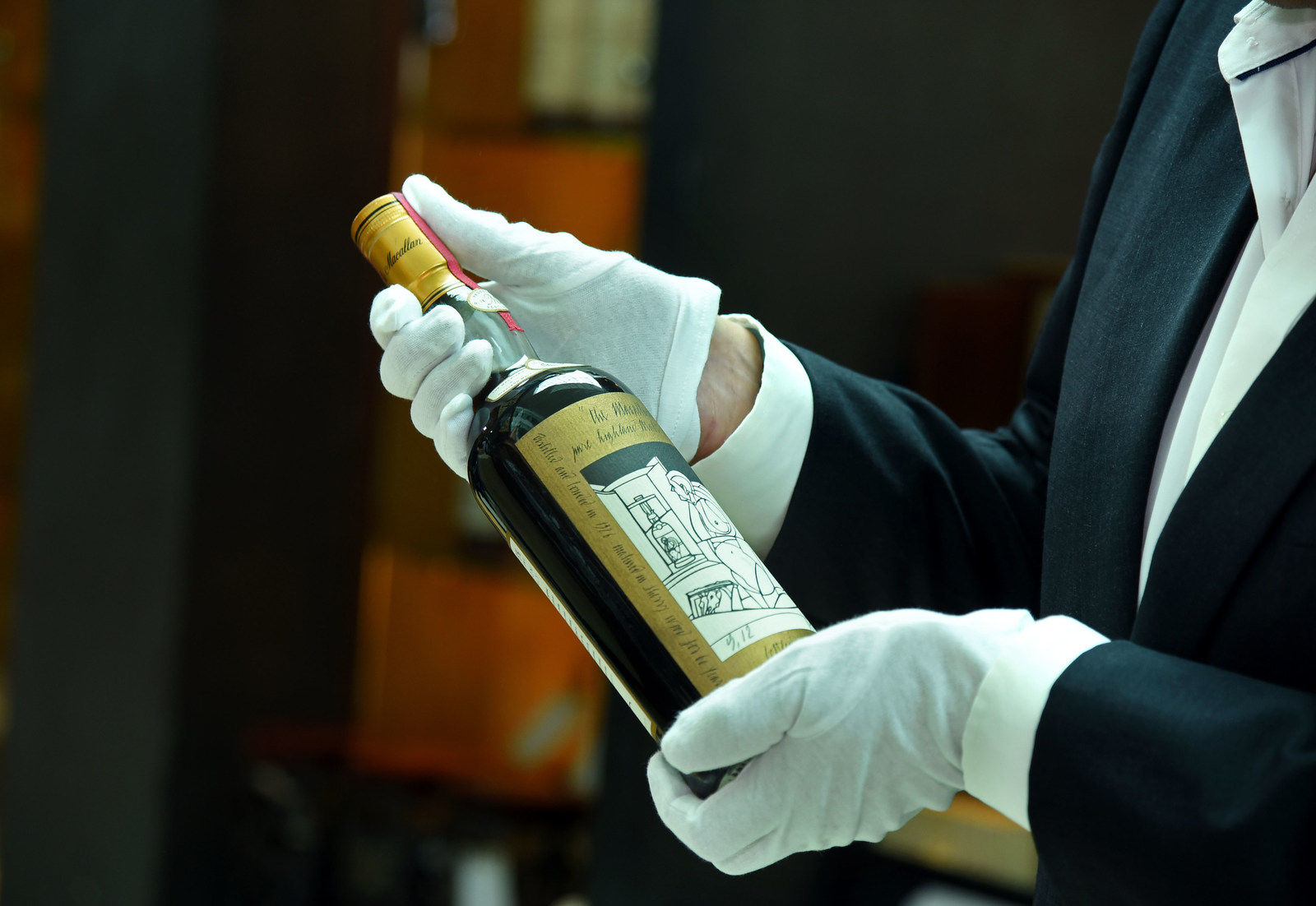 The recently released market report Sotheby’s Wine and Spirits 2017 auction valued The Macallan as one of the world’s most valuable spirit brands, what with its sales increasing 4,000 percent in the span of a year.

This rapid escalation of the already-reputable and highly sought-after whiskies from Speyside distillery has cast the eyes of the fine spirits industry on The Macallan, and at the latest Bonhams Hong Kong 2018 auction, the house delivered.

Two extremely rare bottles of The Macallan 1926 were sold for a collective total of US$2.11 million (S$2.82 million) at the auction, topping the previous world record for a whisky sold at auction.

The Macallan 1926 expressions were never intended to be sold. Distilled in 1926 and matured for 60 years in the distillery’s signature sherry-seasoned oak casks, the liquid is the stuff of legends.

Food & Drink
Gallery: The Macallan presents the Edition No. 3 whisky in Singapore

Forty bottles were released in 1986, and out of that, 12 were given to artists Sir Peter Blake, the designer of The Beatles’ Sgt Pepper’s Lonely Hearts Club Band album cover, and Italian pop artist Valerio Adami each. Blake and Adami created labels for the bottles, which explains why the whisky fetched top dollar. The buyers were acquiring art and history in two guises — the legendary whisky, and the equally illustrious works that adorned the bottles.

Daniel Lam On-Tai, head of fine wine and whisky for Bonhams Hong Kong told the South China Morning Post, “These bottles are some of the oldest whiskies produced by Macallan in the 20th century. They were not meant for sale. They were given to very important clients of Macallan.”

This record-breaking instance is not the apotheosis for The Macallan’s supremity at auctions, but remains a firm stamp that proves how coveted its liquid treasures are.

Drink Whisky The Macallan Auctions Macallan Auction Record Bonhams Auctions The Macallan 1926
Beatrice Bowers
Features Editor
Beatrice Bowers writes about beauty, drinks, and other nice things. When not bound to her keyboard, she moonlights as a Niffler for novels and can be found en route to bankruptcy at your nearest bookstore. Don't tell her boss.
Drinks Beauty
Sign up for our newsletters to have the latest stories delivered straight to your inbox every week.