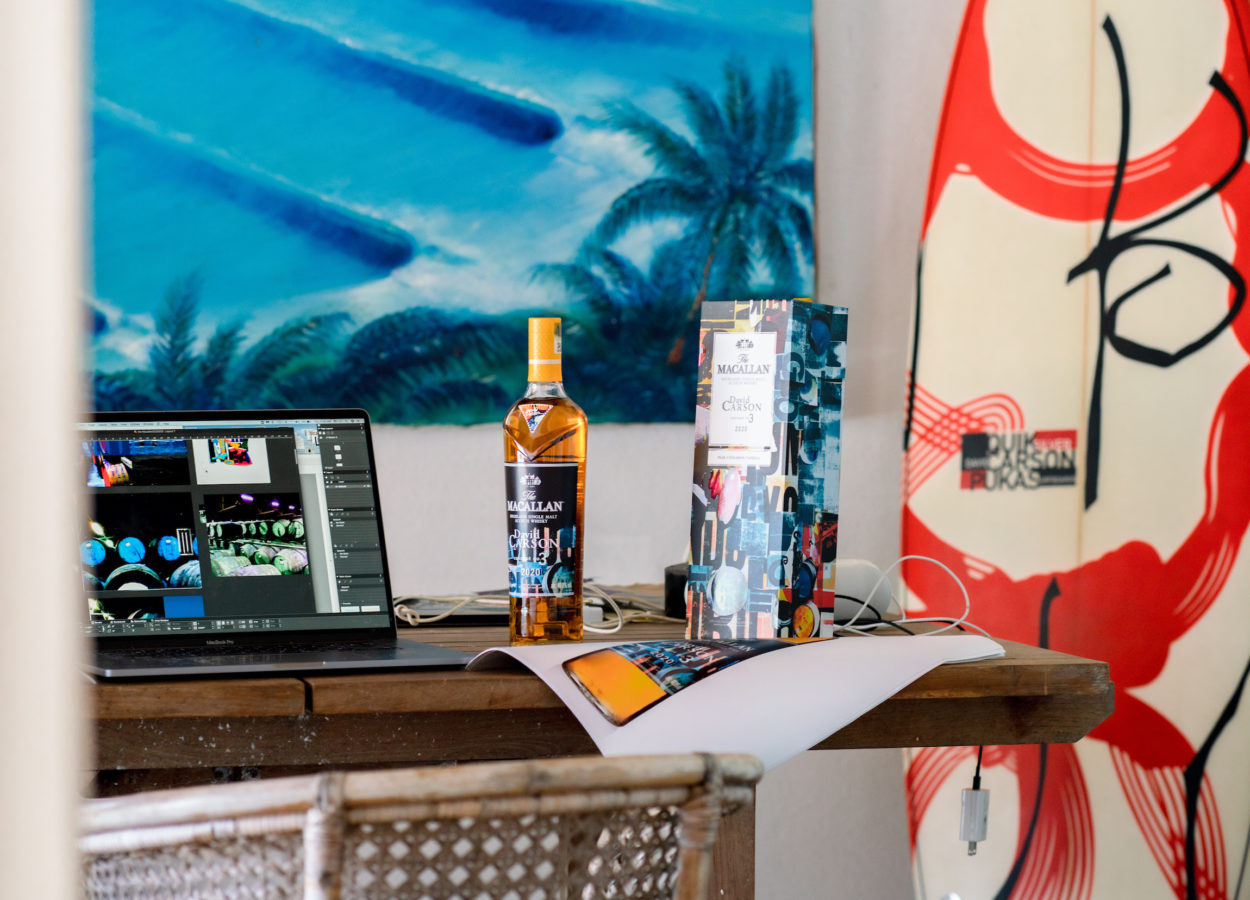 The Macallan might’ve just had a hugely successful a collaboration with Sir Peter Blake, but the Scottish distillery isn’t about to call it a day with creative stalwarts just yet.

This time, the storied brand has roped in visionary graphic designer David Carson, whose unconventional and experimental style revolutionized the graphic design scene in America during 1990s.

Since then, he’s spearheaded campaigns for some of the world’s biggest names such as Nike, Levi’s, Pepsi and Ray Ban, and he was among only two graphic designers selected by Apple as part of its iconic ‘30 most innovative users’ list.

Today, you’ll find his artistry on a vastly different canvas: The Macallan Concept No. 3. For this, Carson travelled to the distillery’s 485-acre estate in Scotland’s Speyside, where he worked with The Macallan Whisky Maker Polly Logan to learn everything there is to know about the brand.

There were, of course, plenty of similarities in their approach to their respective crafts — both are constantly driven by evolution and giving every element in their work a distinct purpose, for example. 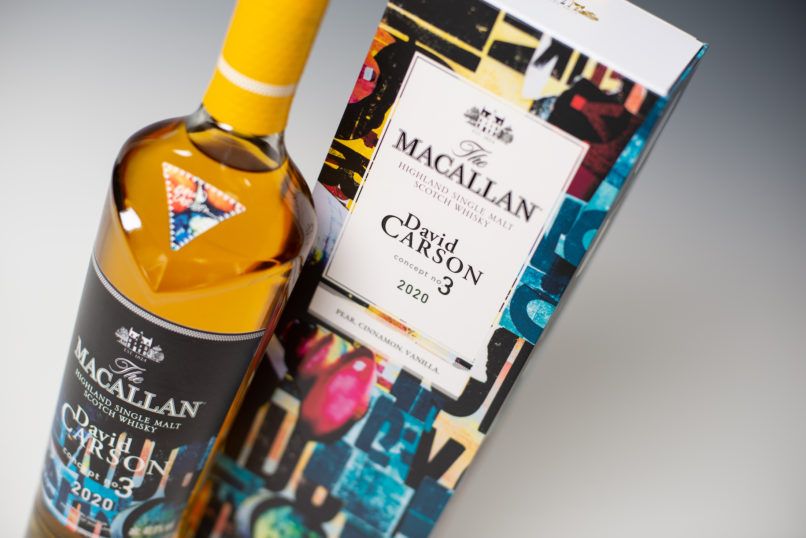 And so The Macallan’s third and final expression in the series is the pinnacle of two creators’ pursuit of creative excellence. The Macallan Concept No. 3 sees Carson’s handmade collage designs feature some special touches that reflect their shared outlook.

Look closely and you’ll find that many of the colours used are inspired by The Macallan Estate, with blue representing the River Spey and red reflecting the sherry-seasoned oak casks that have defined so many of its single malts. You’ll also see the letter ‘P’ in the design as a tribute to Logan’s first name.

In return, Logan also had Carson in mind when crafting the whisky. This synergy led to an unusually fresh whisky with a warm golden hue that’s aptly named Californian Gold). The colour is also inspired by the graphic designer’s and ex-professional surfer’s time on USA’s West Coast. Even the whisky’s ABV wasn’t left to chance — it’s specifically made to be 40.8% since the pair’s favourite number is eight.

“Whisky and art fans alike will appreciate the fine balance achieved in this wonderfully uplifting expression, combining fruity notes of pear with warming cinnamon spice and a creamy, vanilla sweetness,” she said. 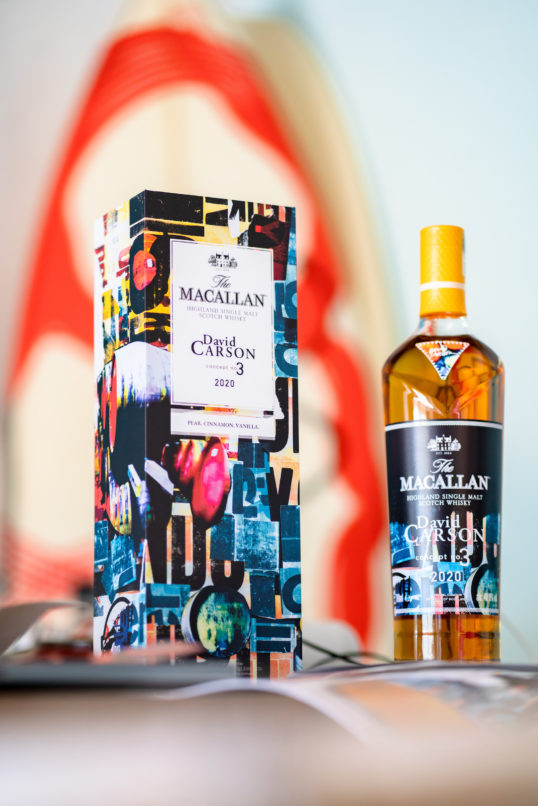 Despite being lighter in colour than its other The Macallan counterparts, expect a rich complexity to shine through. This is because Logan used predominantly first fill sherry seasoned American oak casks for their sweetness and spice, but also incorporated European oak casks for richness and depth. To balance it all out and add freshness, selected refill and virgin oak casks were used.

A whisky this compelling requires a presentation box just as eye-catching. Carson’s unique designs find their way on not only the label of the Concept No.3, but also on the collectible presentation box.

Because this is a global travel retail exclusive, The Macallan Concept No. 3 will be exclusively available at Lotte Duty Free Wines and Spirits Stores at Singapore Changi Airport Terminal 1 and 3, Departure Hall at a retail price of S$199 for 700ml.

Art Scotch Whisky The Macallan Collaboration
Shatricia Nair
Managing Editor
Shatricia Nair is a motoring, watches, and wellness writer who is perpetually knee-deep in the world of V8s, tourbillons, and the latest fitness trends. She is fuelled by peanut butter and three cups of coffee a day.
Motoring Wellness Watches Beauty Style