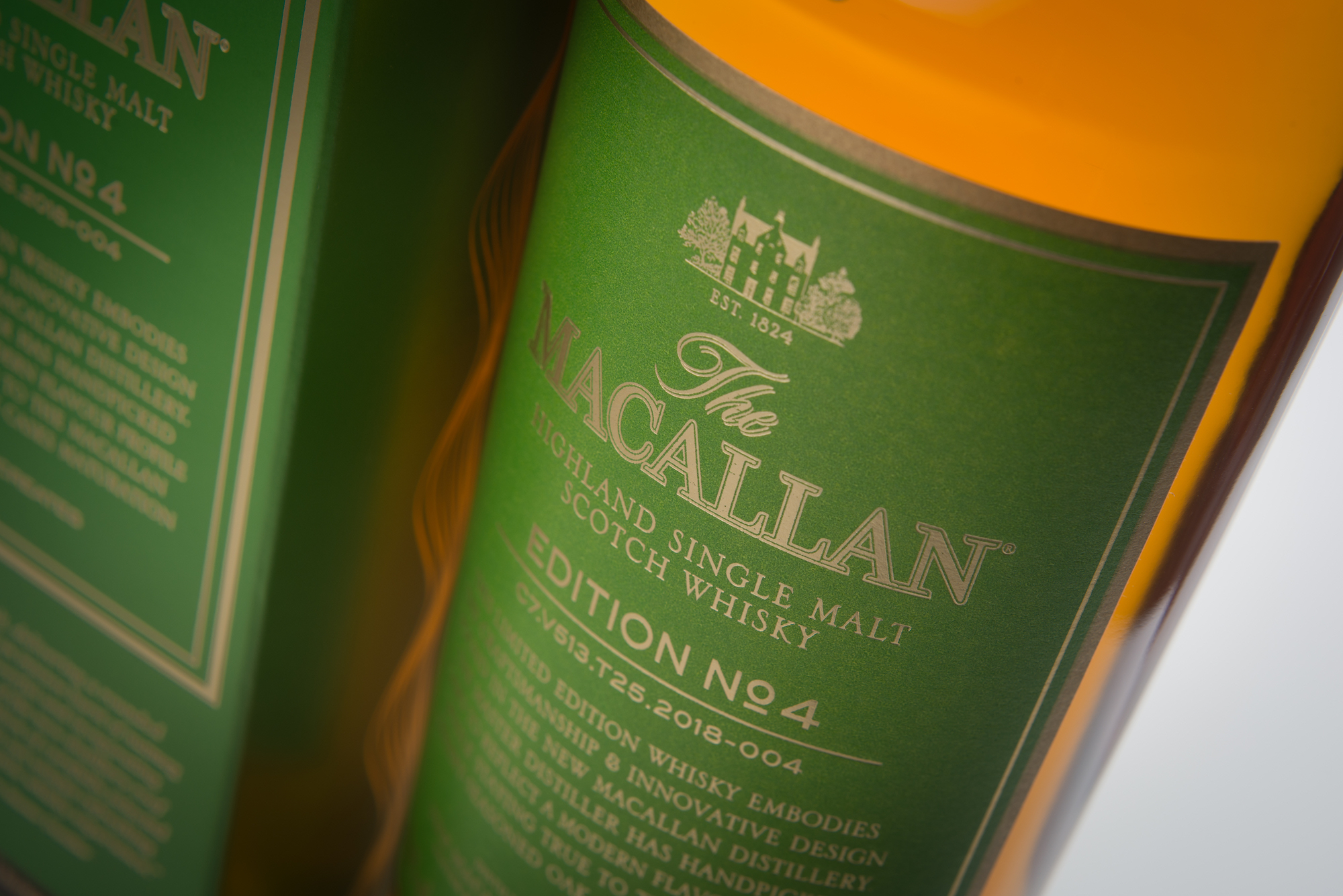 The Macallan Edition No. 4 is a whisky that reinvents the distillery’s sherry cask roots

It is hard to contest that 2018 is setting up to be the year of The Macallan. As much as the Speyside distillery has been a flagship name in the Scotch industry since time immemorial, this year has seen the brand plastered over headlines month after month, because everything they do has made the news.

Priceless bottles from its archives have surfaced and been auctioned for record-shattering prices; the house released its oldest-ever single malt whisky with the 72-Year-Old, a launch that went in tandem with the unveiling of its new futuristic distillery in Craigellachie. Its four-syllable brand name has dripped from tongues and titles in the spirits industry, and that wave of attention is set to continue with the release of The Macallan Edition No. 4.

A quick refresher for those who don’t know: the Edition series is the Scotch titan’s way of reaching back to the fundamentals of whisky-making. Each Edition is a mixture of whiskies from various casks in The Macallan’s vault, carefully selected by Master Whisky Maker, Bob Dalgarno. A sip transports the drinker to a specific point in the extensive craft process behind the single malt. Editions No. 1 and 2 were flavourful odysseys through the influence of wood on a whisky, and Edition No. 3 was an olfactory expedition that made one understand why aroma was essential to the storied spirit.

One year later, and we have the fourth instalment to the line. The Macallan returns to wood with this one, honing in on a particular breed that truly reflects the brand’s DNA: sherry-seasoned oak casks.

Whiskies matured in different types of sherry-seasoned casks from European and American oak went into The Macallan Edition No. 4. If you demand technicalities, these seven are first-fill hogshead and butts from Tevasa, as well as American oak hogsheads from Vasyma, both cooperages in Spain; seasoned barrels from sherry producers Jose y Miguel Martin and Diego Martin Rosado; and finally, refill butts and hogsheads from the two continents.

Those who can’t decode the jargon, let us explain the union between the casks and the notes they deliver. Barrels from Tevasa exemplify the characteristics of a sherry cask made from European oak, so dried sultanas and a flash of nutmeg is what you immediately get when you nose and sample a dram. Hints of ripe figs infused from the Spanish sherry butts add to the spirit’s syrupy consistency, rounding it out. Let the whisky breathe for a minute, then go back to be greeted by creamy vanilla and toffee vapours, a classic symptom of the American oak hogsheads sourced from Vasyma.

All the hallmarks of a sherry cask whisky are in the Edition No. 4, but the concoction remains a stark departure from The Macallan’s signature ruby-red Sherry Oak suite, aged only in Oloroso sherry to achieve a rich, jammy profile.  This fresh expression is a honeyed dose of fruit and spice — a touch more youthful when compared to its predecessor.

At a time when its parent distillery is so charged with change, and the Edition No. 4 is a fitting concept that reflects how the past is ever-present, even as The Macallan moves forward. The Scotch producers have moved from its stately Easter Elchies abode to a mammoth home in Craigellachie, and they may have departed from classic ex-Oloroso casks to showcase a wider world of sherry wood, but neither of these transformations has lost sight of what defines The Macallan.

The Macallan Edition No. 4 has an RRP of S$190++. It will be available for purchase from 19 July at The Macallan Boutique @ 1855 and from 1 August at other select retailers.

Scotch Whisky The Macallan Speyside the macallan whisky single malt scotch the macallan edition no. 4 edition no. 4
Beatrice Bowers
Features Editor
Beatrice Bowers writes about beauty, drinks, and other nice things. When not bound to her keyboard, she moonlights as a Niffler for novels and can be found en route to bankruptcy at your nearest bookstore. Don't tell her boss.
Drinks Beauty