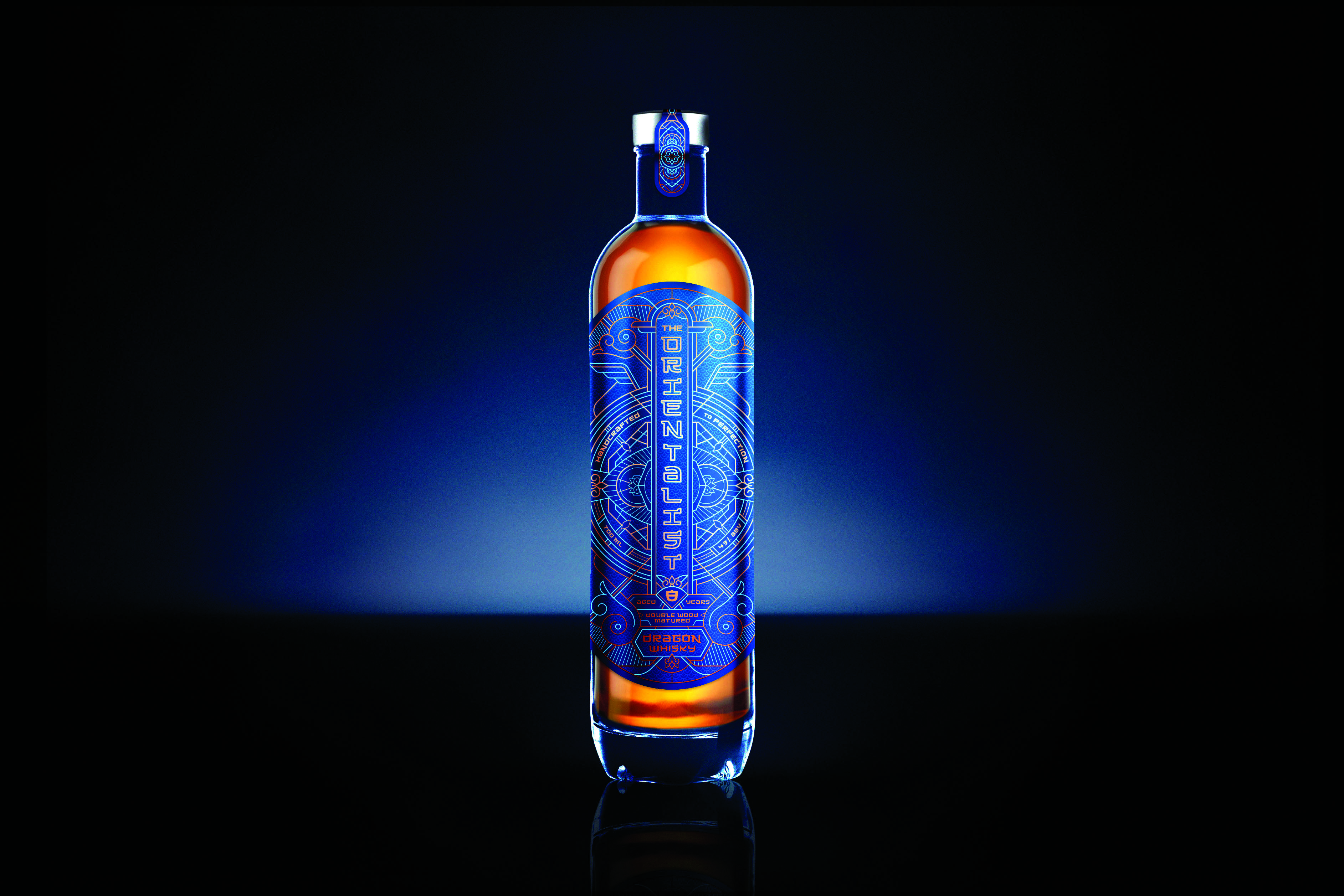 The Orientalist stands as a bold new player stirring up Singapore’s nascent homegrown liquor scene. In a market where most local distillers are commandeering the market with gin, The Orientalist made its debut in May with its Origins vodka, distilled from qingke, a Tibetan barley, organic longan honey and nine types of potatoes. That sweet, crystalline expression would spearhead The Orientalist’s planned ventures into other distinctly Asian renditions of the classic spirits, and they’ve just announced what’s next in line: The Orientalist Dragon Whisky.

Food & Drink
Q&A: Michel Lu on what went into The Orientalist, the first locally crafted vodka

Michel Lu, the founder of The Orientalist, dubs his creation as the “world’s first all-Asian blended malt whisky”. The idea behind it mirrors that of Suntory’s Ao, marketed as a “world blended whisky” as it is composed of the malted spirit sourced from the major whisky-producing nations around the globe. The Dragon Whisky, in turn, sources its elements from Taiwan, Japan and Indian distilleries.

“All three regions produce some of the finest award-winning whiskies in the world, each with their own distinct character,” said Lu. “The Dragon Whisky is Asia’s response to [the Suntory Ao]”.

The blend is aged for eight years in bourbon barrels, then finished in sherry oak casks in Taiwan before being bottled at 43 per cent ABV. Lu touts that it bears subtle touches of toasted oak, toffee, vanilla and stone fruit, as well as a buttery texture. Despite its youth, Lu also states that the whisky has the characteristics of a much older blend due to accelerated maturation in Asia’s hotter climate.

While The Orientalist’s Origins Vodka can claim to be created from scratch by Lu’s distillery, the Dragon Whisky cannot. However, it remains a blend pieced together by and sold under The Orientalist label, giving it a uniquely Singaporean provenance atop of being a blend never done before by other distillers.

Lu told Lifestyle Asia that the whisky will be locally available at select bars in Singapore from August, as well as on The Orientalist’s website from September 2019, with orders open worldwide.

He also teased that there will be a no age statement version of the blend, as well as an ultra-premium extra-old version of the Dragon Whisky to launch early next year too. Beyond that, The Orientalist also promised a housemade gin in the works, so there’s definitely more to expect from this budding distillery.

Drinks Whisky the orientalist spirits Michel Lu
Beatrice Bowers
Features Editor
Beatrice Bowers writes about beauty, drinks, and other nice things. When not bound to her keyboard, she moonlights as a Niffler for novels and can be found en route to bankruptcy at your nearest bookstore. Don't tell her boss.
Drinks Beauty

Food & Drink
Celebrate Father’s Day 2020 with these delectable menus in the comfort of your home
Living
Run for a good cause with ASICS’ Global Running Day Virtual Run 2020
Food & Drink
The local bar industry’s brush with COVID-19 will change its face forever
Living
Work-from-home burnout is real and here’s what you can do
Food & Drink
These artisanal ice-cream joints are delivering sweet relief to your home
Style
Want a new Coach bag? Shop for one without leaving your home
Style
6 best lume dial watches to light up your collection with
Beauty & Grooming
6 new beauty launches we love this June 2020
Food & Drink
Cricket ramen? This Tokyo joint is serious about the joy of eating insects
Sign up for our newsletters to have the latest stories delivered straight to your inbox every week.