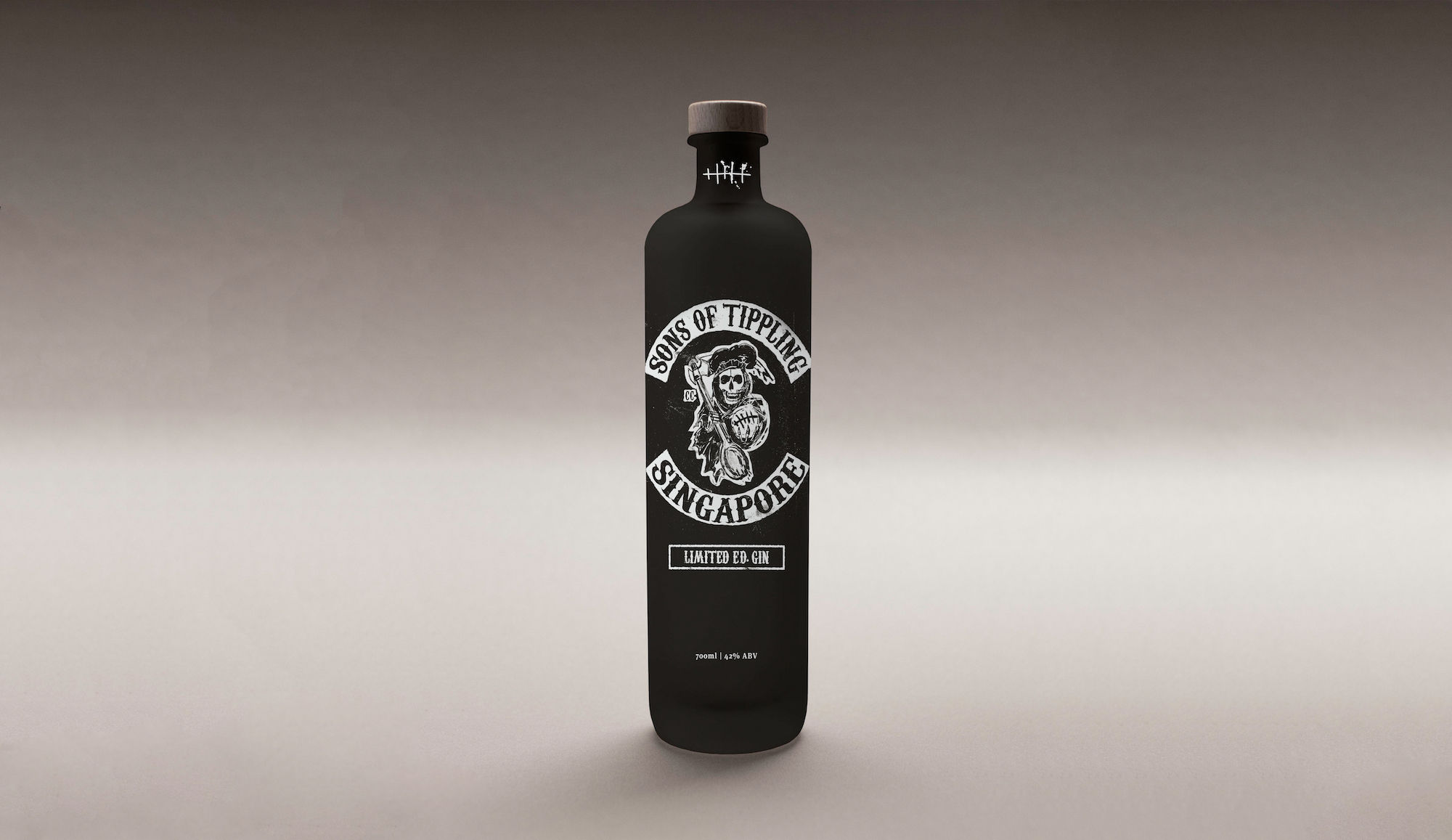 One doesn’t have to explain Tippling Club’s prominence in Singapore’s bar scene to understand why this announcement makes a big deal: the cocktail institution has released its very own gin, dubbed Sons of Tippling.

Local bartenders are all too familiar when it comes to conducting their own experiments with alcohol, whether it is the orange wine fermented in-house at Operation Dagger, the coconut distillate from Origin Bar, or the hundreds of signature infusions lining the shelves behind beloved haunts, but it is a rare occasion when one decides to create, bottle, and retail a spirit of their own, because the local tax on off-license alcohol drains banks.

We have an army of breweries around the city; a local gin company, Paper Lantern Distilling, and even whisky lounges like La Maison du Whisky working to independently bottle Scotch direct from distillers. Still, there is a dearth when it comes to bars creating their own gins for sale, especially one of Tippling Club’s calibre.

The bar has jumped to fill that gap with Sons of Tippling — an expression that combines the expertise of chef Ryan Clift, head culinary honcho at the restaurant-bar, and former head bartender, Joe Schofield. The two enlisted the help of James Young, the whiz behind Australia’s award-winning Old Young’s Distillery, to produce the inaugural batch of the gin.

A combination of classic botanicals goes into their version of the white liquor — juniper, coriander, orris root, aniseed and the usual suspects are infused in the neutral grain spirit along with a liberal dose of lemon peel and lemon myrtle, so Sons of Tippling seems cut out to be a rather citrus-forward libration, perfect to drink with tonic.

Its zesty profile is such a contrast to the dark, matte black bottle, detailed with a grim reaper decal and label stylised with Sailor Jerry tattoo font.

Only 300 bottles will be available for purchase later this month at Equatorial Wines and Tippling Club, priced at S$90. Word is Sons of Tippling is strictly limited edition when it comes to bottles for purchase, but diners at any of the Spa Esprit Group restaurants can order a pour of the stuff from any respective bar, if available.