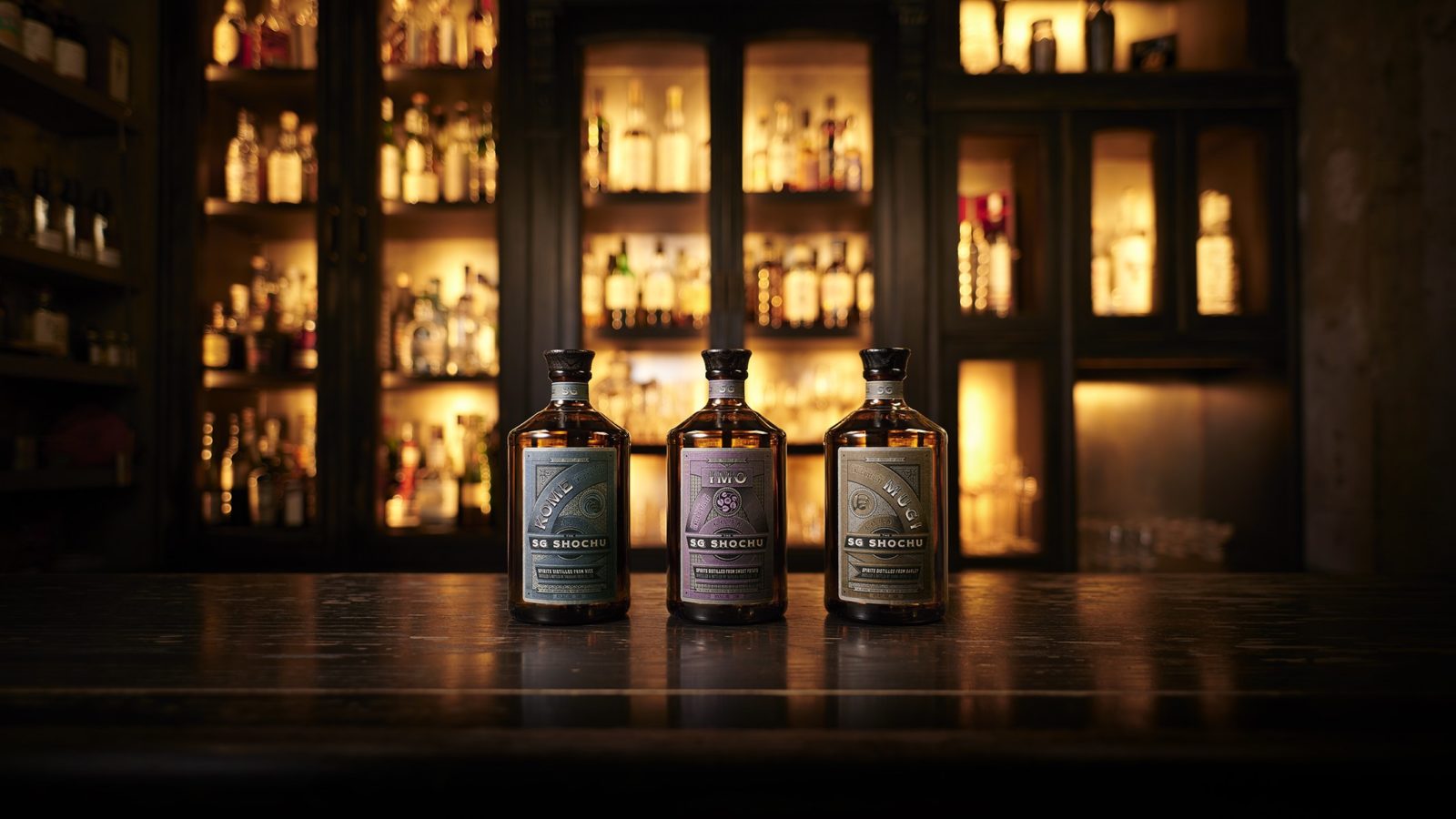 Japan’s spirits industry may be entrenched in whisky and gin, but before this modern duo entered the scene, there was shochu.

Its origins may be unclear, but this Japanese liquor can be traced back to the 16th century, hailing from the Kyushu region. On native grounds, shochu is a staple beverage, with over 300 distilleries producing it and a household status equivalent to sake. Internationally, however, the spirit is a shadow.

Often mistaken for its Korean counterpart, soju, or neglected in favour of Japan’s more contemporary spirits, shochu has only recently come into worldwide recognition as bartenders put in the effort to carry its name on a global stage.

Just recently, Shingo Gokan, Japanese bartender extraordinaire, announced a trio of shochus branded as The SG Shochu. More current in design, yet still keeping in with tradition when it comes to the recipe and distillation, the SG Shochus is designed to be accessible for international bartenders and drinkers.

In Singapore, there are traces of bars imbuing shochus with contemporary appeal. It’s a given that Japanese bars here will have ample selections of shochu for patrons to try, especially izakayas, but some, like vinyl bar RPM by D.Bespoke, free the spirit from its expected haunts and let them loose in cocktails as well as tasting flights, served alongside quality tunes.

Before shochu explodes and you have to play the catch-up game, stay ahead of the wave by getting to know shochu, and why you should love it with our handy guide.

Shochu is a distilled Japanese liquor typically made from rice, barley, buckwheat or sweet potatoes, though the options even include the likes of carrot and chestnuts. Its existence is the sweet spot between sake and hard liquor, with an average of 25 percent ABV.

Because of how varied the base ingredient is for a shochu, the resulting spirits can vary dramatically in taste. A barley shochu, commonly known as mugijochu, is definitely not twins with a sweet potato shochu, or imojochu.

This difference is further exacerbated by how shochu, similar to sake, has different grades that influence the finesse and price point of the eventual expression. The most common and accessible is korui shochu, also known as multiply distilled shochu. The multiple distillations render it almost tasteless, so korui shochu is preferred for use in simple mixed drinks to bump up the ABV.

Its more refined and flavourful sister is honkaku shochu, or singly distilled shochu. Crafted with pot stills, this type of shochu is rife with the character given that the base ferment is still allowed to shine through. To sample neat, on the rocks or with water, honkaku shochu is preferred.

Shochu and soju — what’s the difference?

Shochu and soju often get mixed up, although it is made abundantly clear that the former is Japanese and the latter is Korean. Aside from nationality, the chief difference is how the two are made.

Soju has much in common with vodka, though its ABV is clearly lower. Made with grains or tubers like potatoes or tapioca, this neutral-tasting spirit is often flavoured with fruit to be more palatable.

Shochu, on the other hand, is somewhat similar to sake, except that it is not strictly made with rice alone and distilled after the fermentation processes. The moromi, or mash, is made with koji spores as well.

You might also like…
Food & Drink
Masahiro Urushido of Katana Kitten shares his top bars in New York
Food & Drink
Review: Live Twice is Japanese-style bartending for the new decade

How to drink shochu

There are three key ways to drink shochu, rules applicable to any spirit, really: neat, on the rocks, or with water. The Japanese either dilute their shochu with cold or hot water, depending on the type of shochu. The former is best for lighter-tasting barley shochus, while the latter is ideal for stronger versions, with sweet potato is the most common example.

Juices are another common mixer to enjoy shochu, or in a cocktail. Our main take for shochu appreciation, though, is to just visit your regular Japanese bar and speak to the bartender, and go off their recommendations.

Drinks shochu japanese spirit
Beatrice Bowers
Features Editor
Beatrice Bowers writes about beauty, drinks, and other nice things. When not bound to her keyboard, she moonlights as a Niffler for novels and can be found en route to bankruptcy at your nearest bookstore. Don't tell her boss.
Drinks Beauty