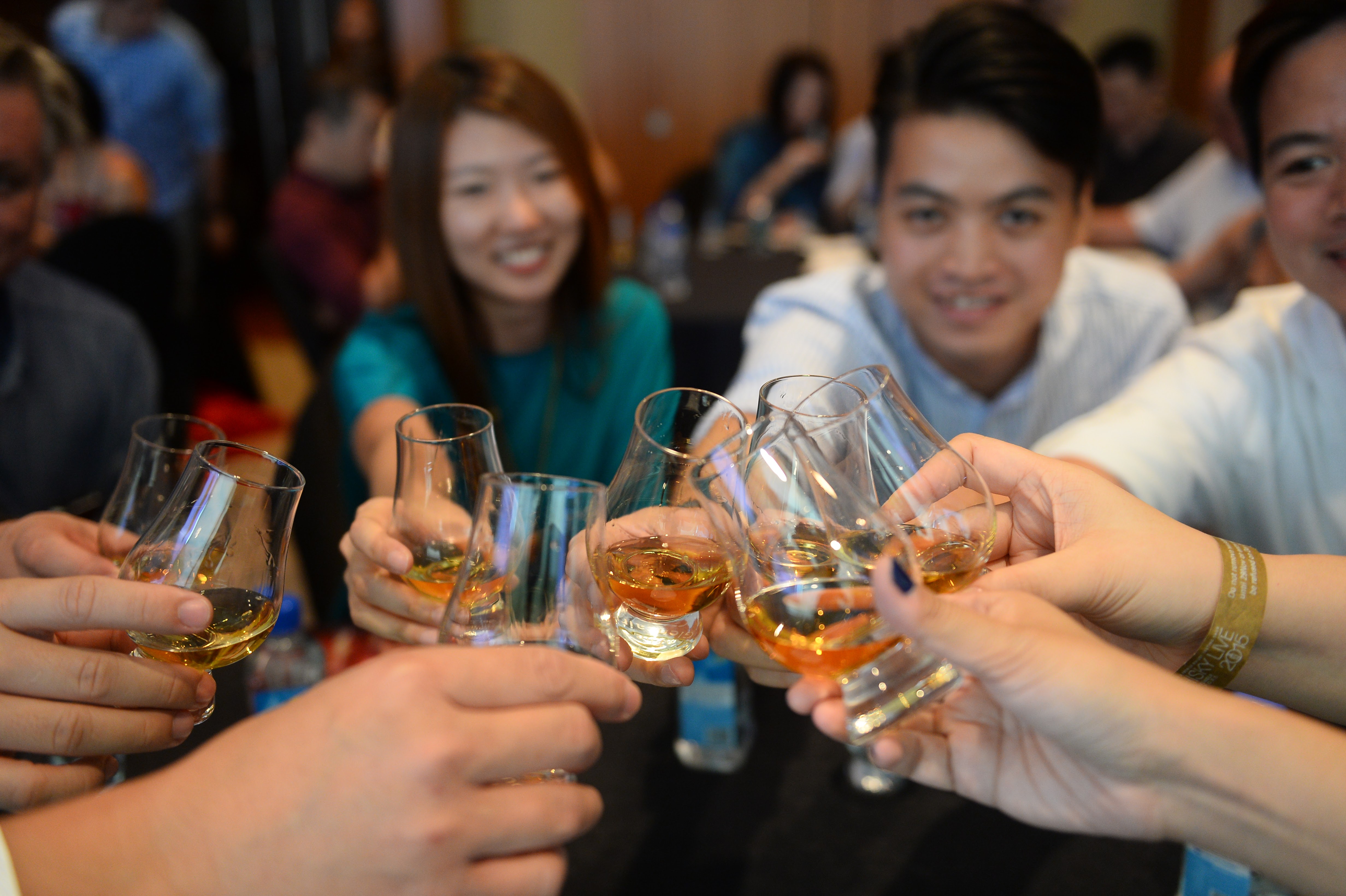 Whisky Live 2017 is back with more events, rarer whiskies, and a pop-up cocktail street

Food & Drink
Whisky Live 2017 is back with more events, rarer whiskies, and a pop-up cocktail street
Share this article
Next article

Any whisky fan worth their malt will regard Whisky Live as the cornerstone of all local whisky events. Its arrival every year creates a scramble for tickets, as the often sold out exhibition is one of the only platforms where one can appreciate a range of whiskies in different forms, be it a single malt, a blend, an ultra-rare expression, or some smashing cocktails.

Whisky Live 2017 is slated to take place from 25 to 26 November, at two venues along Robertson Quay: The TheatreWorks building, and the STPI gallery. This year’s exhibition is removed from its usual hotel setting to liven up the procedures, especially since Whisky Live 2017 has its fair share of art exhibitions to provide a behind-the-scenes look at whisky craft, making galleries a fitting place for it to be hosted.

“We firmly believe whisky and art are intertwined,” explained Mathieu Musnier, the General Manager of Whisky Live 2017 organiser, La Maison du Whisky. “Every phase is an art”. Musnier hopes that this new element will draw more punters to the event, as it can broaden people’s opinions of whisky beyond just mere liquor.

The festival constantly ups its game every year, and 2017 will see a lengthy pop-up cocktail street take over the Robertson Quay stretch as one of its fringe activities, alongside its usual array of masterclasses and brand booths. New spirits like the Nikka Coffey Gin and Vodka, as well as Old Pulteney’s 25 Year Old and 1983 expression will be launched for the first time in Southeast Asia during the event.

There will also be after-parties, featuring some of Australia’s top bartenders taking guest shifts at La Maison du Whisky, making this instalment a dusk-till-dawn affair.

Here’s a rundown of the events you can’t miss out at Whisky Live 2017. Tickets are still available for purchase here. 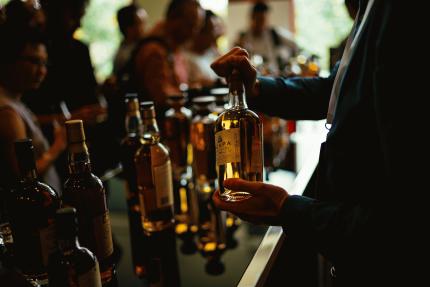 Arguably the biggest highlight at Whisky Live, the Collector Room is a VIP-only exclusive where some of the world’s rarest vintages from closed distilleries and limited releases are available for tasting. While the full list of prized expressions this year hasn’t been released yet, last year’s Whisky Live saw bottles like a treasured 31-year old bottle from the now-defunct Karuizawa whisky, a 1969 Bowmore from an exclusive cask, and the 1986 Yamazaki Mizunara. Anyone who considers themselves a whisky aficionado ought to visit the Collector Room. Access tokens are available for purchase at the event itself. 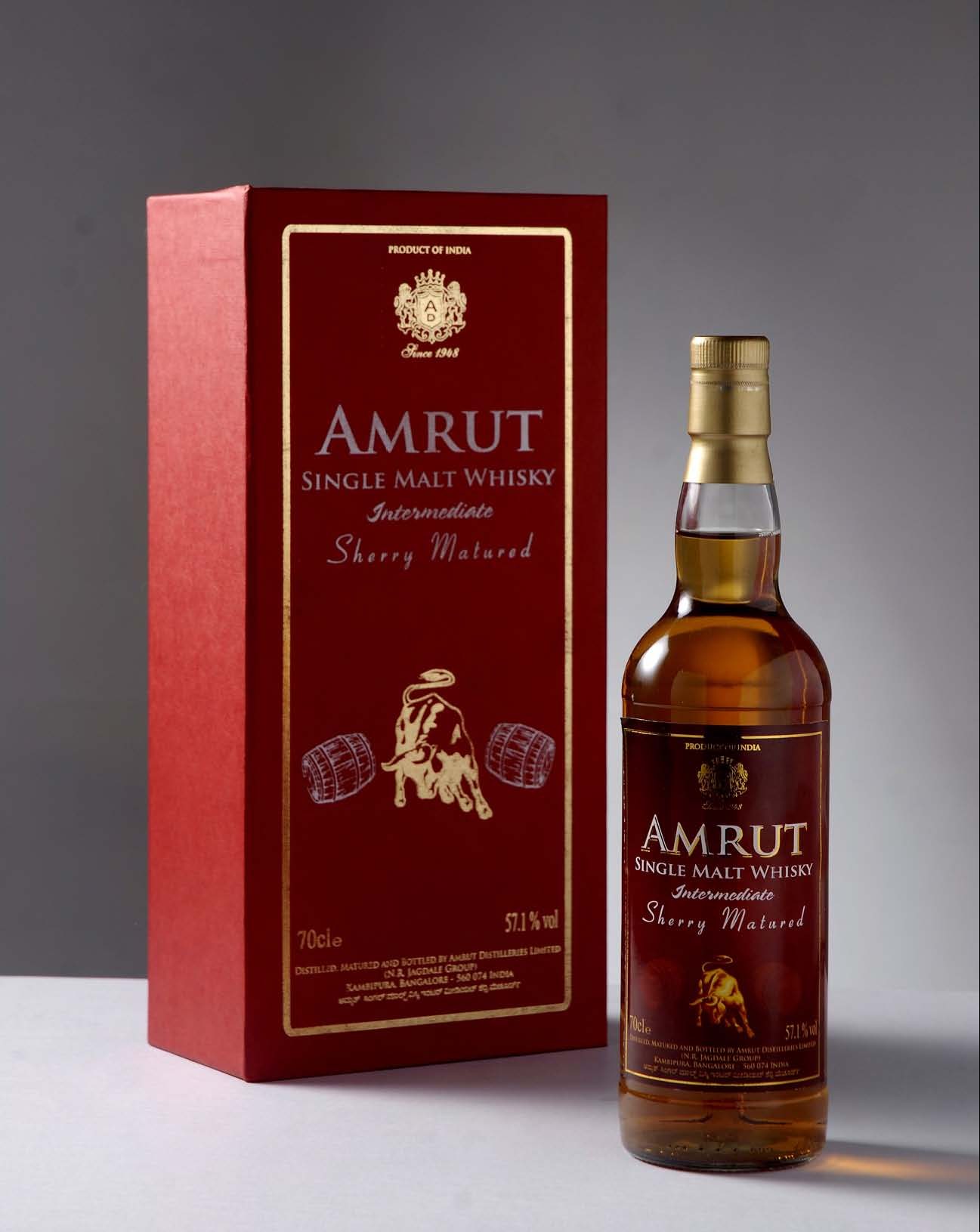 After the Amrut Fusion Single Malt was nominated the third best whisky in the world by Jim Murray in 2010, this Indian distillery has helped elevate Asian whiskies to the global stage. Amrut will be presenting a masterclass during Whisky Live, educating interested consumers on how its single malts are uniquely made with Indian barley grown at the foot of the Himalayans, and how this contributes to its well-loved flavours. 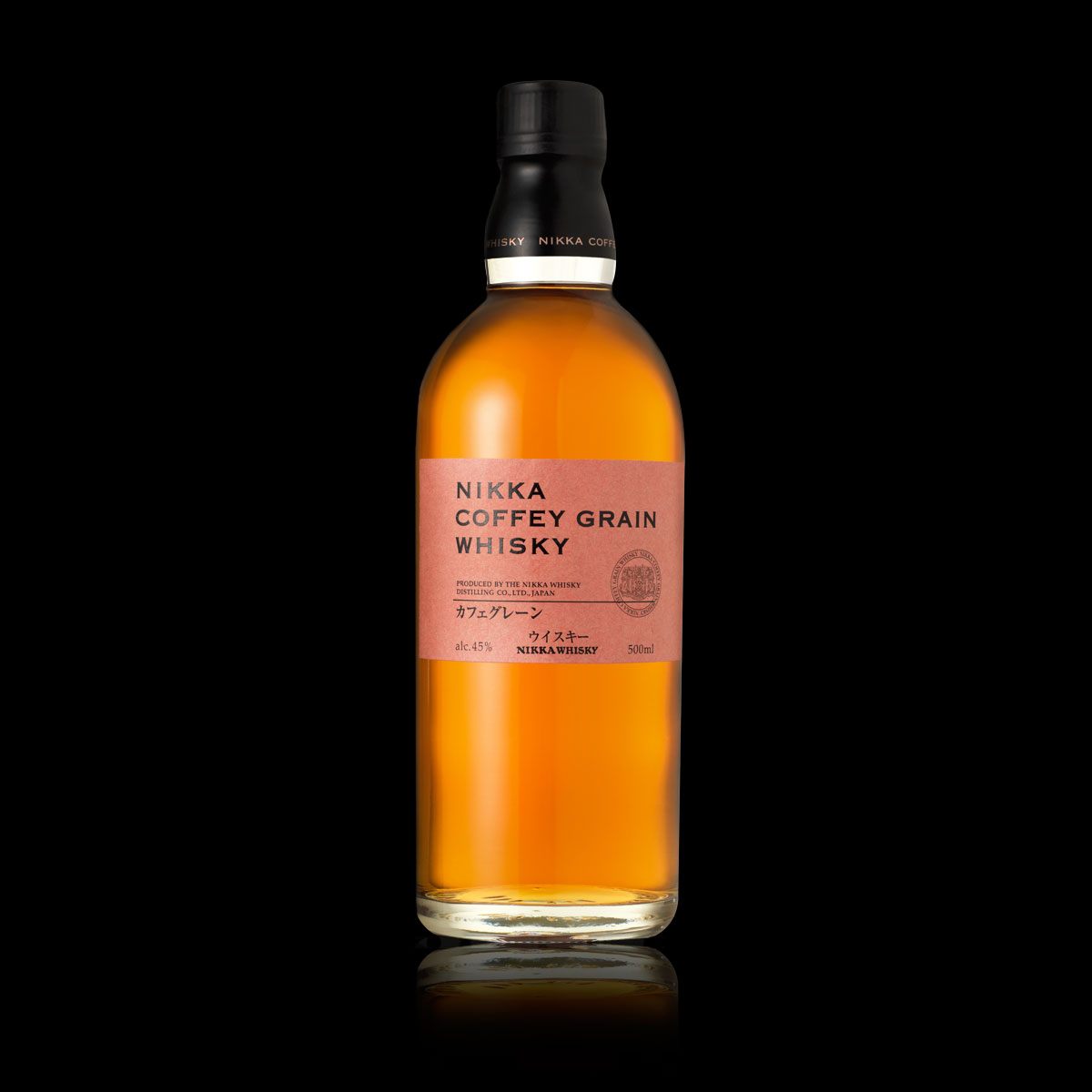 Japanese distillery Nikka has been exploring the use of Coffey stills over the past few years with a number of unique releases, like grain whisky, and most recently, gin and vodka. Coffey stills are a patented import from Nikka, brought to Japan from Scotland in 1963. Nikkas made from Coffey stills are characterised by a refined sweetness and mellowness, and this is what you’ll explore in its masterclass, conducted by Emiko Kaji, Nikka’s international business development manager. 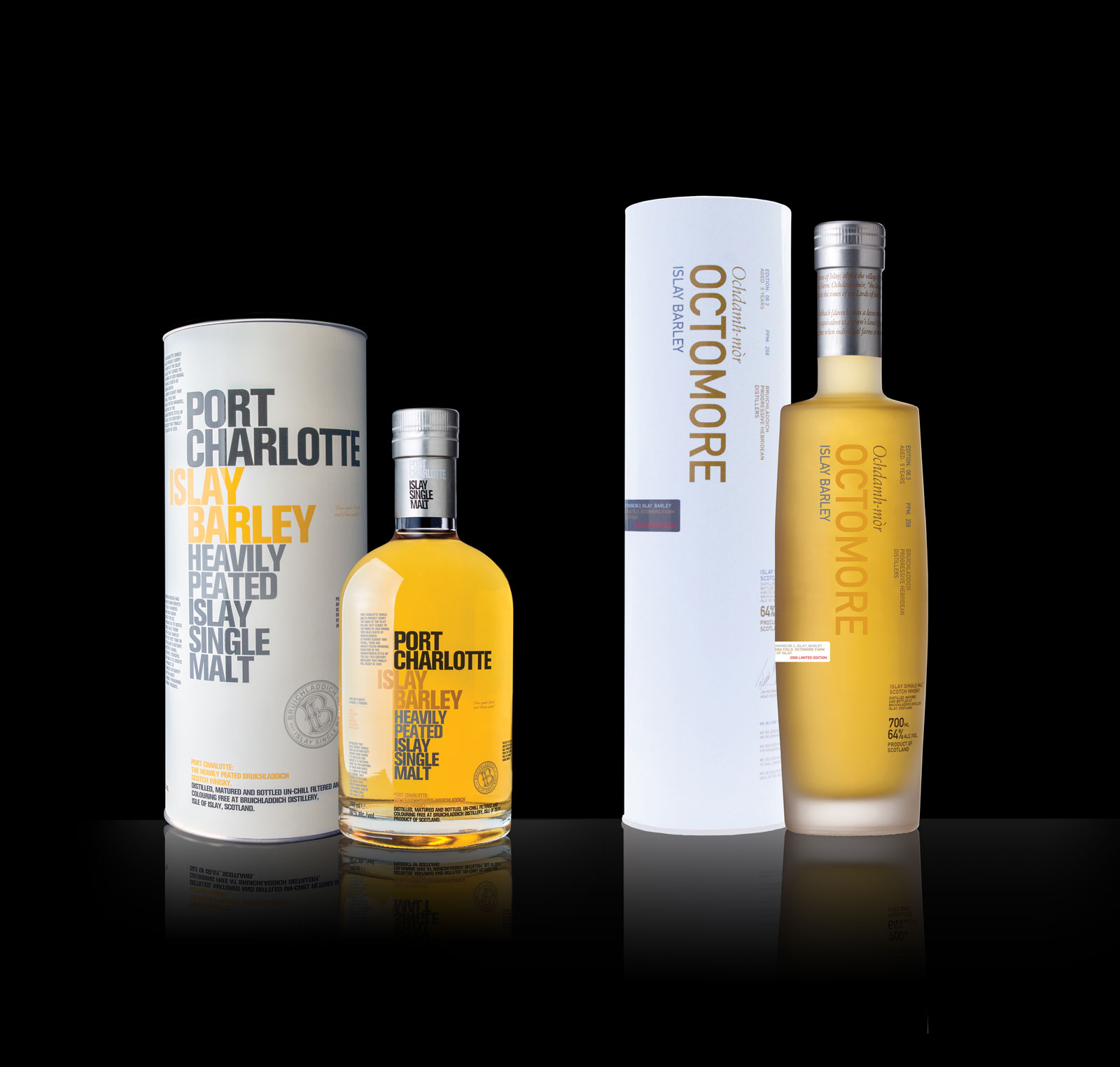 You can’t say you enjoy peated whiskies until you’ve had a taste of Bruichladdich’s peerless Octomore series. These eight experiments are branded with the qualifier of being “super heavily peated single malt scotch whisky”, and that’s not hyperbole. Venture into the smoky selection, arriving for the first time in Singapore at Bruichladdich’s masterclass, held by Chloe Wood, its brand ambassador from Islay. 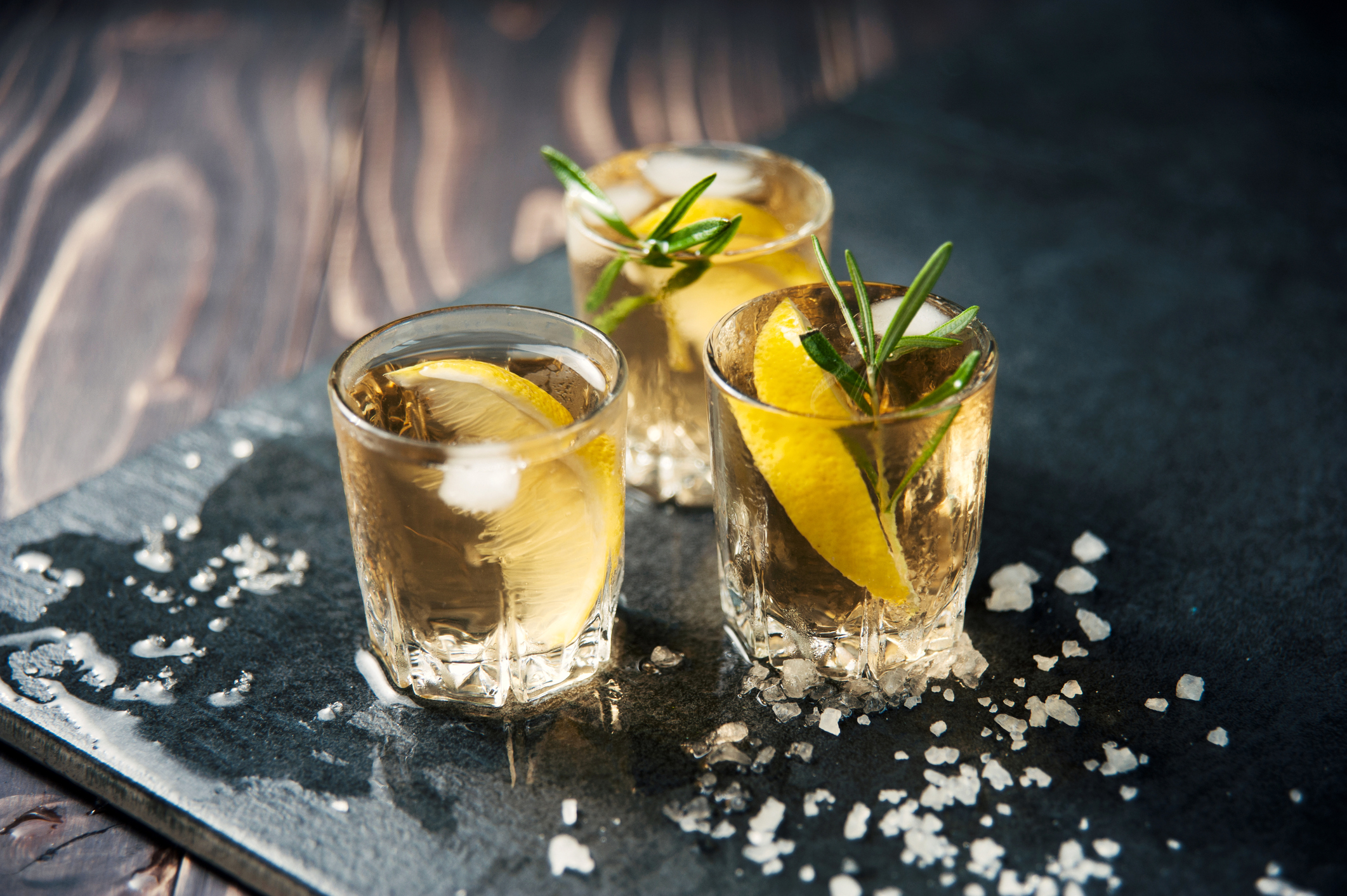 Whisky Live transforms Robertson Quay into a cocktail street featuring new drinks from your favourite bars like Cin Cin, Employees’ Only, Humpback and more. Each bar will be putting its own spin on different spirits, starting at S$10 per cocktail. For those uninitiated to the Whisky Live experience, its cocktail street makes for an engaging starting point before you venture into serious business within the exhibition itself. Australia’s famed bars, Boilermaker House and The Baxter Inn, will be taking over the bar at La Maison du Whisky for one night each during Whisky Live. They’ll be shaking up specially curated cocktails for the festival itself, making for a unique crossover. Boilermaker House is renowned for pairing whiskies and beers, as well as applying culinary techniques to cocktails. The Baxter Inn, on the other hand, has consistently won a number of awards since its opening, and is one of Sydney’s best nightlife destinations. Whichever you pick, you won’t be disappointed.

Drink whisky live whisky live 2017 whisky masterclasses rare whiskies Whisky Singapore
Beatrice Bowers
Features Editor
Beatrice Bowers writes about beauty, drinks, and other nice things. When not bound to her keyboard, she moonlights as a Niffler for novels and can be found en route to bankruptcy at your nearest bookstore. Don't tell her boss.
Drinks Beauty