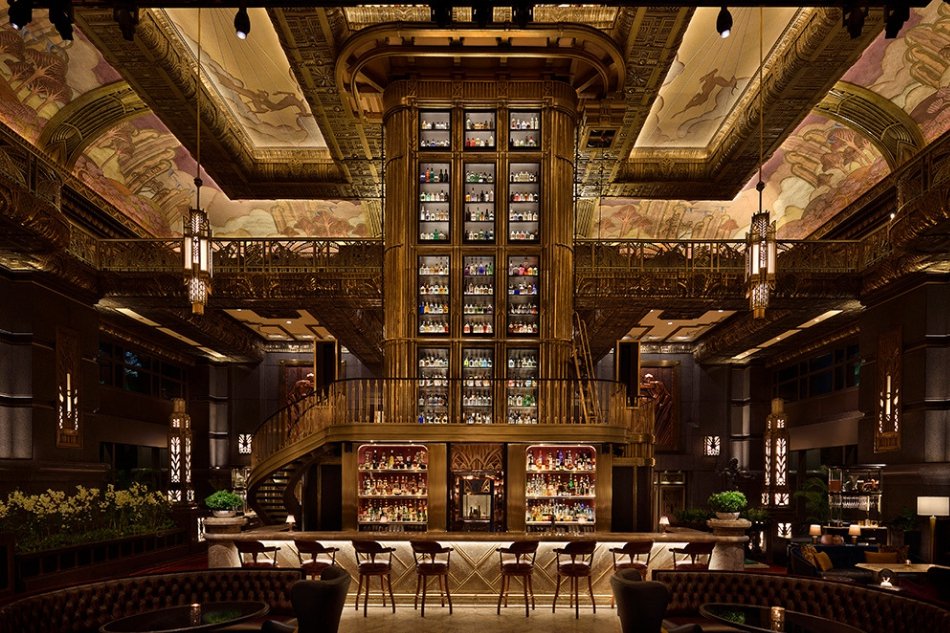 The World’s 50 Best Bars 2019 list was announced tonight in London, at The Roundhouse in Camden, marking the eleventh and largest edition of the storied ranking that demarcates the top of the world’s cocktail bar scene for the next year. Over 500 industry experts contributed to the results released throughout the ceremony.

Singapore scored six places, an increase from the five placements our city received last year. The highest-ranking local bar, Atlas, placed at number 8, and also won the title of Asia’s Best Bar. The gin and champagne-focused bar recently overhauled its menu under new head bartender, Jesse Vida, as a continuation of its Art Deco-inspired cocktail narrative.

Manhattan lost its place as the third best bar in the world but still remains on the list at number 11. The announcement is followed by a win for Native, Singapore’s sustainable cocktail jewel, which bagged number 12.

Operation Dagger continues its pervasive presence, coming in at number 30 this year, a seven place fall from 2018. Chasing the Chinatown-based basement bar is another local favourite, Jigger & Pony, a household name that has experienced a meteoric year in the international bar awards circuit, and has finally cracked the World’s 50 Best Bars list after being a mainstay on the Asian equivalent.

The Old Man Singapore follows in the successful footsteps of its Hong Kong original by making its debut on the global awards stage at number 38, a remarkable start given its opening earlier this year.

Singapore continues to cement itself as a global force in the cocktail industry, as internationally renowned accolades continue to be awarded to our native bars. In 2021, our city will also play host to the World’s 50 Best Bars ceremony, apart from being the grounds for the next two editions of Asia’s 50 Best Bars, further turning the spotlight in our direction.

World's 50 Best Bars
Beatrice Bowers
Features Editor
Beatrice Bowers writes about beauty, drinks, and other nice things. When not bound to her keyboard, she moonlights as a Niffler for novels and can be found en route to bankruptcy at your nearest bookstore. Don't tell her boss.
Drinks Beauty