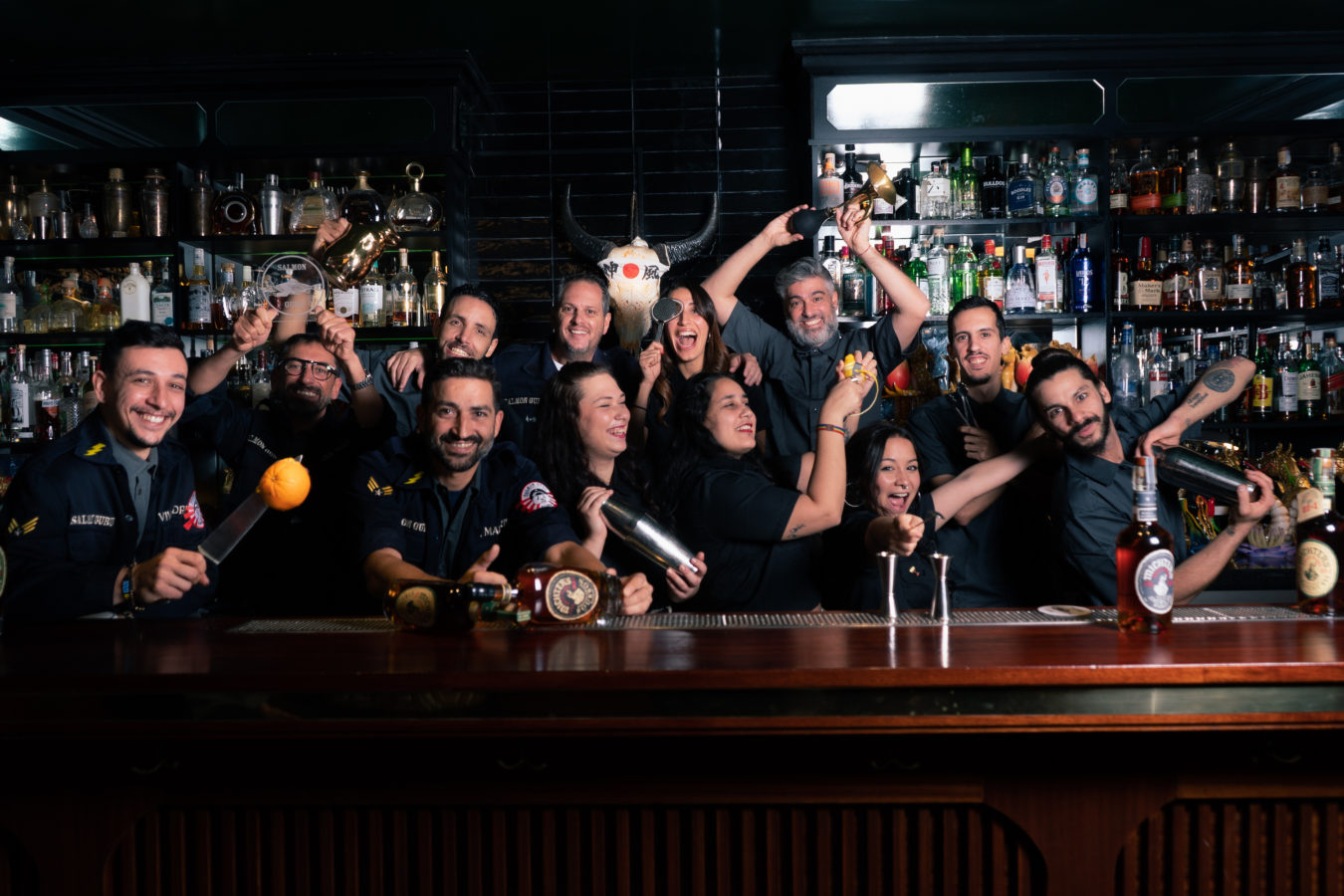 Madrid cocktail bar Salmon Guru has boundary-pushing drinks, zany glassware and a bizarrely fun interior, but it’s their service that keeps guests coming back, and why the venue has won the Michter’s Art of Hospitality Award in the lead up to the World’s 50 Best Bars 2021 ceremony.

Founded in 2016 by Argentinean native Diego Cabrera, the bar came out tops among 600 members of The World’s 50 Best Bars Academy, who were asked to name a bar where they received the single-best hospitality experience during the voting period. Salmon Guru placed 22nd on last year’s World’s 50 Best Bars list.

“Being named the winner of the Michter’s Art of Hospitality Award this year has a special relevance for Salmon Guru in a period as hard as the one we have gone through recently,” said Cabrera. “The team, instead of surrendering, stepped forward, joined together and doubled our efforts so that our guests can see the excellence we try to convey in the Salmon Guru service.”

“We cried, we hugged and we enjoy the recognition of the industry and that, for us, is really special,” Cabrera added. “It means that our five-year trajectory since opening Salmon Guru is the right one – the art of hospitality has always been one of our main pillars and it will continue to be going forward.”

A visit to Salmon Guru is like going on a psychedelic cocktail trip. The bar has three distinct spaces. One is a 1960s tropical speakeasy with leather booths and floral patterns. Another feels like a whimsical Asian night market. The third is a comic book brought to life, with manga references and campy art. In the middle of that room is a table hosted by Cabrera himself, who would play entertainer and provocateur of your evening.

The drinks are similarly quirky. They are divided into four sections – Strong, Fruity, Crazy, and Sour – and served in custom made, fantastical glassware. Ultramarino, for instance, is a boozy gin and mezcal drink aged underwater in a clay vessel. The tart Flower Power 3.0 arrives in a deep sea anglerfish glass. Cuidado Mario combines cachaca and elderflower in the piranha plant from the Super Mario series.

Like the cocktails, the food is just as adventurous. Humita pie, an Andean dish of Peruvian corn, is filled with an edible corn fungus called huitlacoche. Iberico pork is stuffed into gyozas. Sweet potato confit is served in Thai green curry. Pumpkin is blended into a silky hummus.

But Salmon Guru’s hospitality is the biggest draw. The bar is currently rated four and a half stars out of five on Google from over 2,300 reviews. It scored similarly high on TripAdvisor, with people giving it full marks for service.

“Diego Cabrera and the whole team at Salmon Guru have truly mastered the art of making every visitor to their bar feel special,” said Mark Sansom, Content Editor for The World’s 50 Best Bars. “They create unique moments at every step of the guest journey, from the ingenious drinks to the elegantly eccentric interiors. This win is incredibly well-deserved, and we offer huge and heartfelt congratulations to the whole team.”

Salmon Guru is the second venue after Sydney’s Maybe Sammy to win the Michter’s Art of Hospitality accolade at the World’s 50 Best Bars awards. In Singapore, both MO Bar and Manhattan picked up the recognition during this and last year‘s Asia’s 50 Best Bars.

The hospitality prize is the first of a series of pre-announced awards preceding the 2021 World’s 50 Best Bars ceremony on 7 December in London. The event marks the return of the first in-person awards programme since 2019.

Here’s where you’ll find the best pies in Singapore

Fresh local beers, a 39-year-old whisky and NFT wines are your new drinks this December