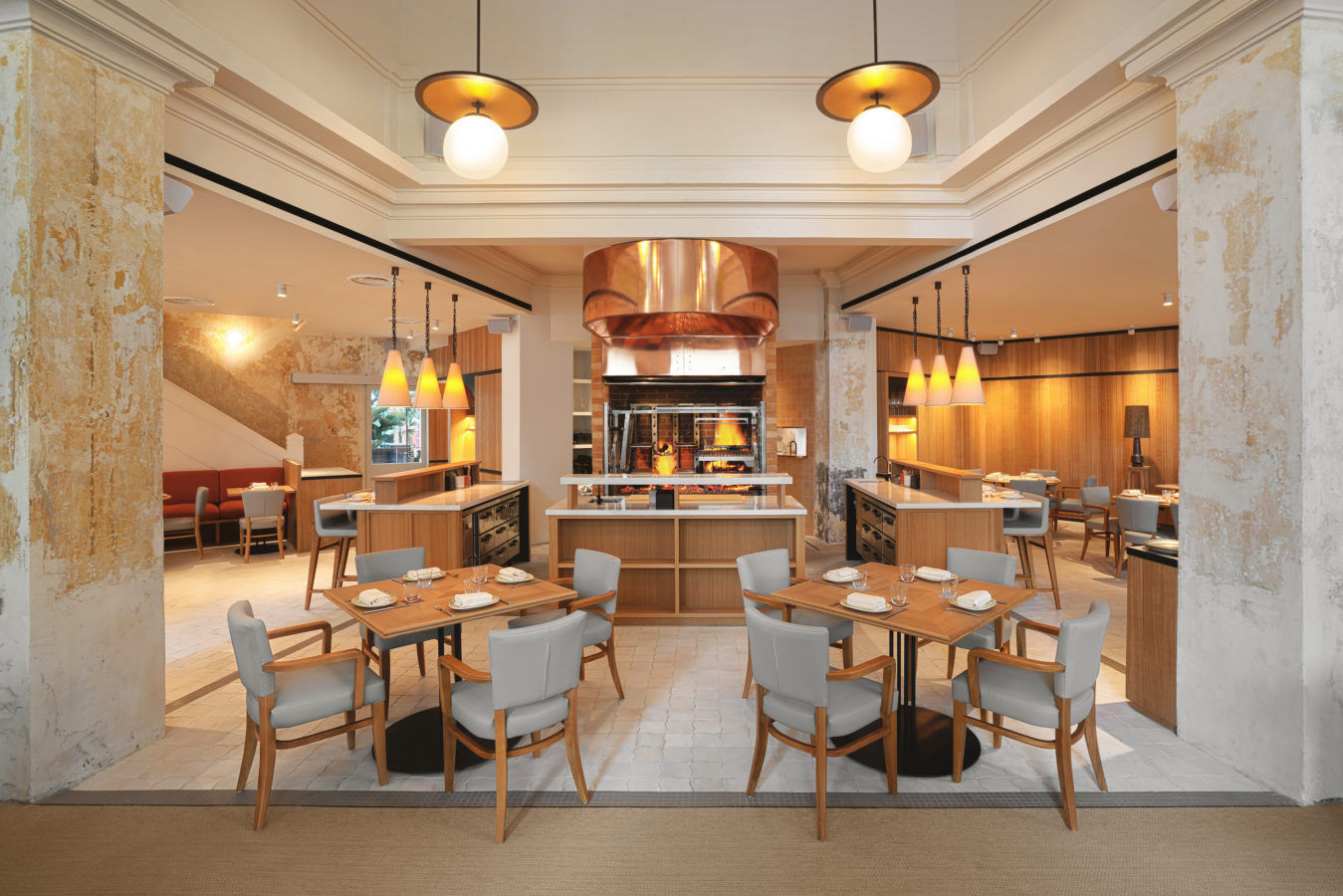 For a country with one climate, seasonal eating in Singapore is often dictated by faraway forces. If a dish has white asparagus, it’s because they’re sprouting during spring. Foraged mushrooms on the menu means it’s autumn someplace else.

But chef David Tang wants to reinterpret what it means to eat seasonally by adapting the practice to local nuances. “We can’t ignore that we are in the tropics, but this means we need to redefine peak seasonality in the context of Singapore,” he said.

Tang is doing that at his new modern Californian restaurant called Rosemead, which opens on 28 December 2021. Part of the Jigger & Pony Group, the venue in Raffles Place is named after Tang’s hometown in the Golden State, and aims to translate the cuisine’s ethos of seasonality, peak freshness and an emphasis on natural flavours into a local setting.

Tang, who worked at the two Michelin-starred Melisse in Santa Monica and Wolfgang Puck Fine Dining Group in the US, observed food culture in Singapore and California have evolved along the same lines. Los Angeles, in particular, has diverse culinary influences as Singapore does, and both regions have consistent access to all kinds of produce.

“Singapore is similar to California in that both are omni-seasonal all year round,” said Tang, who also helms the kitchen at Caffe Fernet, Jigger & Pony Group’s other venue. “We are constantly discovering and adjusting to local seasonality as well as in other parts of the globe. Rosemead gets the best of both worlds.”

At the same time, Singapore’s focus on high-tech farming has made homegrown ingredients much more accessible. “Seasonality may have been a foreign concept in the past, given our weather,” he said. “Today, Singapore’s advanced technology in aquaponics, expertise in vertical farming and a mindful approach towards sustainability has made sourcing seasonal local produce much easier.”

Greens from Blue Acres Aquaponics, for instance, end up in the Blue Acres Farm Lettuces (S$21) with flowers and herbs from Edible City Gardens. Regional producers are also showcased in dishes like the Chitose Farm Strawberry & Heirloom Beetroot (S$16), which uses strawberries from Cameron Highlands.

The debut menu is divided into three sections – Chilled, Vegetables and Grains, and Cooked Over Orange & Lychee Wood Embers – all of which are meant to be shared. “We wanted to make it communal dining,” said Rosemead General Manager James Moon, previously of Esora and Mozza, Singapore. “Covid has made it so that we all want individual plates, which has its place, but we miss community. You pass a plate and that might spur on a conversation and create connections.”

For wines, the list will have an initial range of around 170 labels with a focus on small American producers. Headed by former Odette and Euphoria sommelier Marcus Tan, wines by the glass will offer both typical and adventurous options like verdicchio and an Italian orange wine.

“We want to hit a lot of different palates,” said Moon. “Of course it will go with the food, but it’s also something interesting and new to open people’s minds about wine.”

Rosemead occupies a neo-classical building at the intersection of Church Street and Cecil Street called The Quadrant on Cecil. Built in the 1920s, the space was home to banks and most recently Black Swan restaurant. To emphasise Rosemead’s welcoming nature, the interior is designed like a contemporary American country home with rustic hues of copper. An open hearth kitchen occupies the centre and can be seen from almost every seat.

“In many homes, the kitchen is where people will gather,” said Jigger & Pony Group co-founder Indra Kantono. “That’s where they feel most relaxed. Having a space that’s bright, open and comfortable lets the relationship between people be the centre of the meal.”

Rosemead would eventually have a bakery and private kitchen with space for 10 people. The restaurant also represents Jigger & Pony Group’s first foray into fine dining, which they call “refined, relaxed and convivial.” Prices are expected to be around S$150 per person including drinks, comparable to tasting menus served at other upscale eateries in Singapore, but Rosemead is banking on people’s desire for a range of options at that cost.

“Fine dining should represent a great meal, great ambience, and a great experience,” Moon said. “It’s not that tasting menus and white glove service has no place anymore, but people want a diversity of experience depending on what they feel like. And that’s just a modern approach to it. We’re trying to grow with people’s expectations. It’s an evolution as well as a more broadening approach.”

Drinks Food Singapore Wine Dining Restaurants
Jethro Kang
Jethro enjoys wine, biking, and climbing, and he's terrible at all three. In between them, he drinks commercial lagers and eats dumplings.
Sign up for our newsletters to have the latest stories delivered straight to your inbox every week.