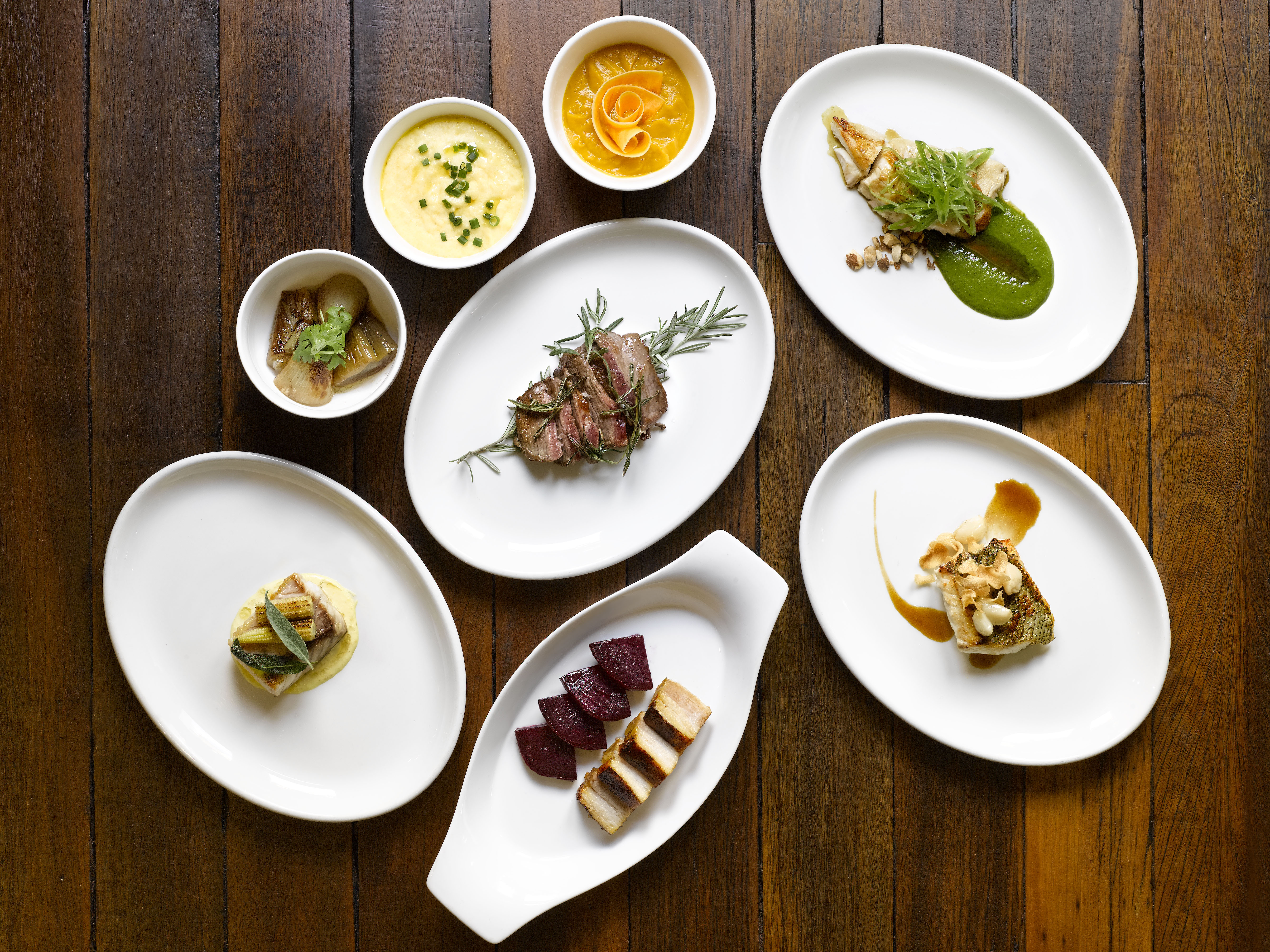 We’re only midway through 2017, but this year is already shaping up to be a particularly busy one for hospitality and F&B group Unlisted Collection. One of its most high profile developments occurred just last month, when it shut down the New Majestic Hotel and organised an elaborate weekend of art, design workshops and food stalls as a farewell party.

Its gastronomic portfolio has continued to grow. In April, the group launched Bistro November, a pop-up eatery that focuses on seasonal produce and will remain open until (as its name suggests) November. And over the past couple months, it has opened not one, but two new restaurants — Nouri along Amoy Street, and Audace, a French bistro within Wanderlust Hotel. The latter replaces homey establishment Cocotte, which closed last year. Attracted by its name, which is short for “audacity”, we stopped by for dinner.

Save for a mural of a black and white eye on a wall, new furniture, and a single hanging lamp where a quirky chandelier used to be, not much has changed in the restaurant’s space when compared to its earlier incarnation.

The place is decked out in earth and wood tones, and its bright spotlights and touches of exposed brick wall, create a gritty and industrial-chic atmosphere. Softening these elements are hints of greenery in the form of potted plants and decorative tabletop ornaments filled with flowers.

With a name derived from “audacious”, one may be inclined to expect avant-garde or plain bizarre concoctions on the restaurant’s menu. So it comes as a surprise that Audace’s repertoire of contemporary French bistro fare is a fairly uncomplicated one with offerings such as sea bass with broccoli, roasted black carrots and parsnips braised in brown butter.

Its kitchen is headed by French chef Jérémy Gillon, who was formerly the executive chef of Restaurant L’Epicurien at Le Montana hotel in Paris. Gillon visits the nearby Tekka Market twice to thrice a week to stock up on fresh vegetables and produce for his dishes, as well as obtains ingredients from farms and suppliers within the region. These include oysters and caviar from Vietnam, and micro herbs from northern Thailand.

At Audace, guests can choose from a two- or three-course lunch set, a three- and five-course dinner menu, or à la carte dishes available during both mealtimes. Due to the seasonality of the produce used in Gillon’s cooking, these dishes will be changed every now and then. For a quirky twist, the eatery’s menus come in the form of crushed paper balls, which are doled out by basket-toting waiters.

Our dinner began with a prettily plated starter of beetroot salad with springy squid chunks, thinly sliced beetroot, and beetroot sorbet. We aren’t the biggest fans of the deep red vegetable, which sometimes tastes a little too earthy for our liking. But the addition of crunchy pine dressing and bits of roasted buckwheat in this salad helped balance out its flavour, preventing it from becoming overpowering. We even enjoyed the beetroot sorbet, which was tart and refreshing and paired well with the squid.

The next dish of braised octopus (S$19) with grilled onion salad also proved to be a winner. Chewy and perfectly charred, the octopus came studded with hazelnuts and grilled spring onions. Its slightly smokey flavour was complemented by dollops of sweet onion purée smeared on the plate.

Following those two (sort of) nutritious dishes, we decided to pamper ourselves with something more decadent. This came in the form of a velvety risotto richly infused with prawn stock, surrounded by an aromatic basil pesto, and topped with crunchy white taro chips and juicy grilled prawns. Savoury, addictive and a delight to eat with its juxtaposition of flavours and textures, it wasn’t too difficult to finish every bite.

There was no point in feeling guilty about ruining our diet plans by this point, so we next opted for the striploin (S$29), which comprised succulent and well-marbled strips of beef paired with caramelised banana shallots, tarragon coulis, creamy polenta, dried capers and anchovy powder. The clever combination of ingredients helped elevate what would have otherwise been an ordinary steak dish. We particularly liked how the banana shallots (which are essentially a cross between a shallot and onion) injected a tinge of sweetness to the whole mix.

While the beef proved a hit at our table, it was Audace’s signature beetroot-glazed pork (S$38) that truly stole the show that evening. The meat had been soaked for 48 hours in a beetroot marinade infused with lemongrass, star anise, soy and ginger, before being slow-cooked for three hours and covered in a (again) beetroot glaze.

We were feeling rather satiated by now, but managed to squeeze in a dessert of a single macaron filled with speculoos (spiced cookies) cream. Crisp and sweet, the macaron was served with a bitter cocoa sorbet and coffee jelly for flavour contrast.

Those expecting a bold or offbeat dining experience won’t find it at Audace, which plays it safe with rather straightforward creations. But if all you’re asking for is good cooking with farm (or in this case, market) fresh produce and well-conceptualised flavours, this restaurant will have you more than covered. For what it lacks in its avant-garde factor, it compensates through some pleasant surprises in its cooking. Case in point: Its predilection for using beetroot in innovative ways, such as a sorbet for its salad, and a glaze for the pork belly dish.

The restaurant has recently introduced a range of breakfast items such as mimosa eggs and scrambled eggs, as well as a daily afternoon tea set and weekly Sunday brunch. We’ll be back for sure, to try these new offerings.