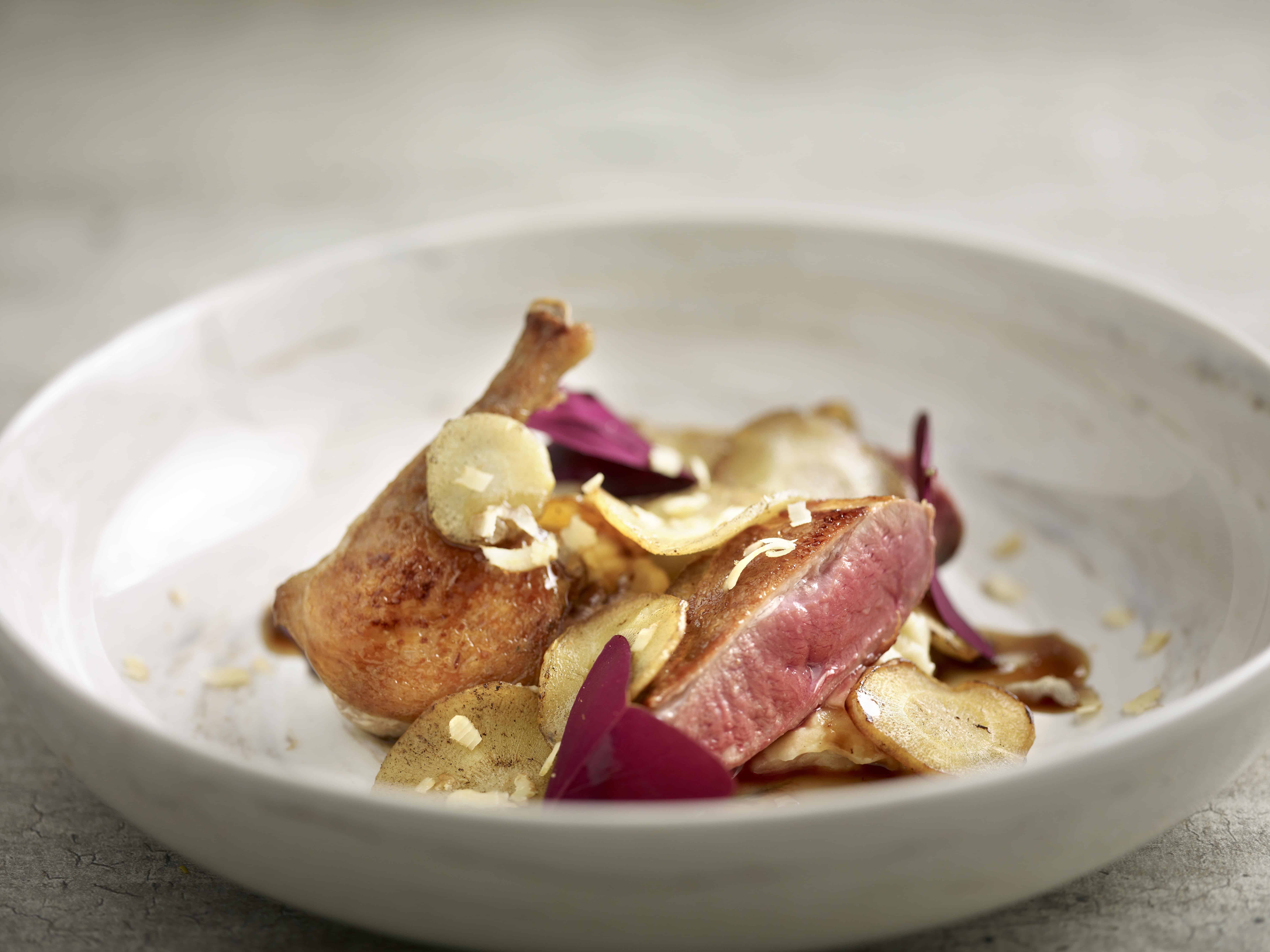 Review: Botanico serves up seasonal flavours in a garden

Food & Drink
Review: Botanico serves up seasonal flavours in a garden
Share this article
Next article

It seems that homegrown food and beverage enterprise 1-Group is particularly enamoured with garden restaurants this year. Just a few months after opening The Summerhouse — a nature-inspired eatery at the revamped Seletar airbase — it has made its way to the Singapore Botanic Gardens to launch The Garage, a multi-concept space. The latter comprises Botanico, a classy bistro with a focus on seasonal produce, and casual café Bee’s Knees.

Not that we’re complaining. In the bustling metropolis that is Singapore, it’s always pleasant to escape the city crowd once in a while, and unwind over a good meal at a serene locale surrounded by verdant foliage. So we were eager to visit the new establishment — specifically Botanico — for some respite amidst a particularly hectic work schedule.

Botanico is located on the second floor of The Garage, an 1920s Art Deco-styled conservation building that was once used as a garage for the cars of university professors. The venue underwent several transformations over the following year, becoming a school of ornamental horticulture, and later, an office space.

The building’s latest incarnation sees it taking on a food and beverage role for the first time, but its landscape has remained largely unchanged, with plenty of lush greenery and tall trees dotting its surrounding.

To complement the nature theme, Botanico’s interiors are decorated with potted plants, which are placed beside tables or suspended from the ceiling. The space is decked out in a soothing palette of white, black and beige, and is furnished with plush powder blue chairs. During the day, sunlight streams through the restaurant’s many windows, creating a breezy, laid-back vibe that makes it a versatile spot for relaxing get-togethers and casual first dates alike.

The restaurant also has an alfresco, canopied terrace, where patrons can savour their food and tipples outdoors. There’s no need to fret about sweating it out, as the place’s walls are equipped with air-conditioning — finally, a solution to our #firstworldproblems of living in a tropical climate.

Helming Botanico’s kitchen is Spanish-born chef Antonio Oviedo, who previously cooked at Michelin-starred restaurants the likes of Sant Celoni and Roca Moo (run by the brothers behind the famed el Celler de Can Roca) in Spain.

The restaurant’s seasonally-driven menu doesn’t focus on any particular cuisine, but in a nod to Oviedo’s roots, Spanish influences are prevalent in its dishes.

We began our dinner with an appetiser of crunchy croquettas (S$14), which were filled with creamy smoked Idiazabal cheese, rolled in bread crumbs, and topped with salty slivers of chorizo. Idiazabal is a raw unpasteurised sheep’s milk cheese sourced from the Basque country, and boasts an intense and full-bodied flavour. When paired with the savoury chorizo, it was addictively delicious, and made for an indulgent start to our meal.

Next up was the Botanico Salad (S$18), a hodgepodge of heirloom tomatoes from France, burrata, pickled beetroot chunks, radishes, charred cucumber and fresh peach slices. The dish was drizzled with olive oil dressing, and dressed up with edible flowers to make it extra photogenic. Despite its simple mix of ingredients, the salad was wonderfully sweet and refreshing, with bursts of sour from the beetroot.

Another particularly memorable dish was the lamb tartare (S$20), which comprised a mound of chopped lamb tenderloin served with pickled onions, deep-fried capers, yolk cream and a mustard ice-cream. We’ll have to admit that we approached this concoction with a fair amount of trepidation, because lamb is notorious for its gamey taste. And the notion of savouring it raw, led us to expect an even more pungent scent.

So we were pleasantly surprised to discover that the meat wasn’t gamey at all. It was also a joy to eat with the tangy mustard ice cream, which added flavour dimension. The dish came accompanied with crispy arlettes, which were basically coiled wafer-like biscuits studded with black olives. We smeared bits of tartare on these, and easily polished off every bite.

Also outstanding were the char-grilled Carabinero prawns (S$28), which were seared in an Inka oven for a smokey flavour, and served with saffron-infused Mellow and Bomba rice. The prawns were plump and sweet, but it was the rice that truly stole the show. It had been cooked in a bisque made from a stock of Carabinero prawn heads, before being mixed with chewy bits of braised pork trotter and crispy pork crackling. Moreish and packed with umami, the rice was scrumptious and worth breaking all our no-carbs rules for.

We also enjoyed Botanico’s roasted pigeon dish (S$27), which featured a medium rare pan-seared pigeon breast and sous vide pigeon leg set on a bed of parsnip brown butter. The pigeon was tender and juicy, and its mild flavour was complemented by lashings of crunchy parsnip and smoked walnuts — which also added textural contrast to the whole melange.

As our meal drew to a close, we sampled two desserts. The first to arrive was Botanist, which showcased clean and light flavours in an assortment of cucumber sorbet, compressed granny smith apple cubes infused with gin and juniper berries, and coconut sable crumble. Blobs of lime gel helped spice up the flavour profile with a touch of sourness.

We were less keen on the Tropical Fruits confection (S$14), a head-scratching combination of laksa leaf ice cream with white chocolate turmeric ganache, jackfruit, sea coconut strips, meringue, longan and sable crumble. The whole blend of flavours felt haphazard, and was overpowered by the laksa aroma. Some ingredients just don’t quite work in a dessert.

Verdict
We’ve always had a soft spot for garden restaurants, because of their idyllic setting away from the hustle and bustle of urban life. And at such eateries, we’re actually more forgiving about having less-than-perfect food, because the draw is, after all, the glorious scenery. So it’s a bonus that Botanico serves up a solid repertoire of food, with some very well-executed dishes. In fact, we’re still thinking about the tasty rice that comes with the Carabinero prawns.
Next on our must-try list is Botanico’s sister café, Bee’s Knees. We hear it’s a pet-friendly spot, so we’re already making plans to check it out soon.