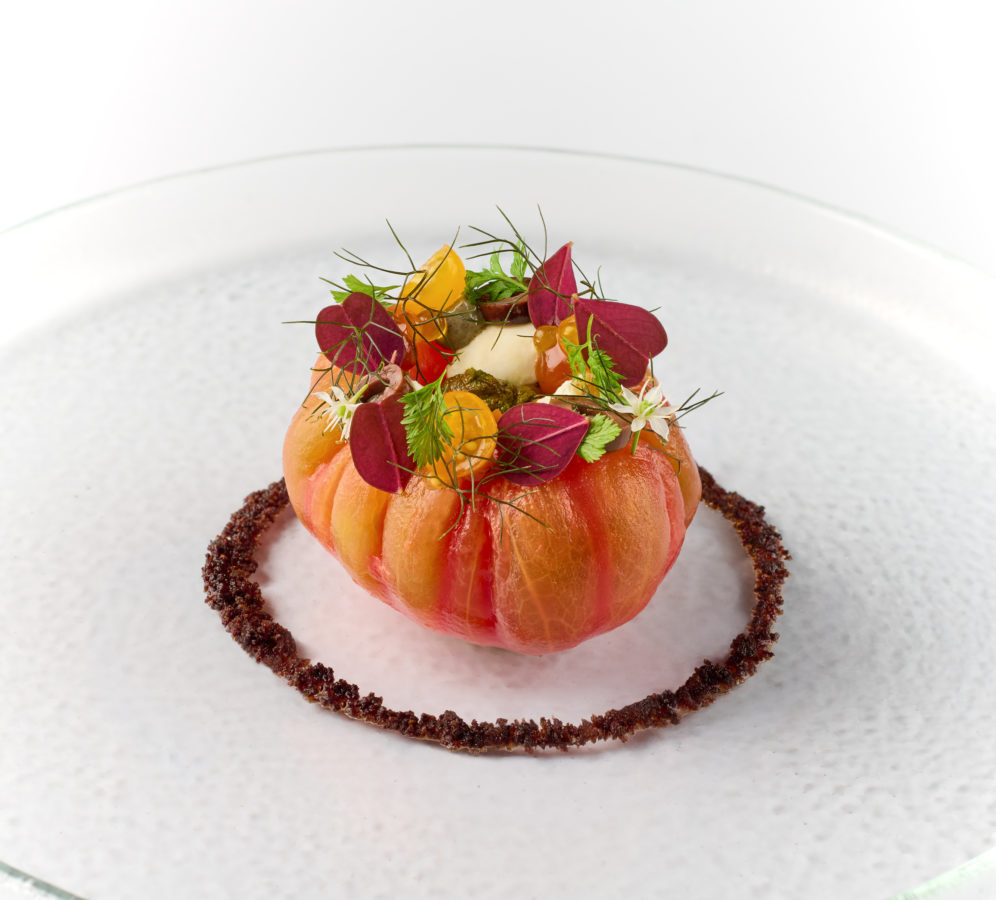 Food & Drink
Review: A summer of delights await at two Michelin-starred Jaan by Kirk Westaway
Share this article
Next article

There’s never been a better time to dine at Jaan by Kirk Westaway than now.

After the Devon-born chef took over the reins from Julien Royer (now of three Michelin-starred Odette) back in 2016, the restaurant saw an evolution from French to modern European cuisine, before another decision was made to transform it into British-centric restaurant in 2019 to reflect chef Kirk’s roots.

Despite the risks, the restaurant managed to impress the elusive Michelin inspectors, and its one Michelin star was retained, year after year. That is, until 2021.

Celebrations were called for earlier this month when Jaan by Kirk Westaway was promoted to a two-star Michelin-star guide — a well-deserved testament to chef Kirk’s passion towards elevating British dining through a modern lens.

“It is an incredible honour to be awarded two Michelin stars and be part of Singapore’s most prestigious list of gourmet restaurants. We were hopeful in retaining our star so to earn a second star is a phenomenal outcome and encouragement amidst such trying times, given the unpredictable year we’ve had. This recognition is made much more meaningful as it attests to our enduring commitment to putting a definitive mark on modern British cuisine. My team and I are incredibly humbled and will continue to translate our passion and dedication to delivering the best dining experiences for our guests,” said Chef Kirk.

As fate would have it, we managed to secure a reservation just after the announcement of its Summer menu. Read on for the full review.

Against the stunning backdrop of the city, the multi-course meal kicked off with a series of snacks, laid upon the table in a ceremonial stairway fashion. First, an airy cloud of Cucumber Meringue refreshes the palate, before a delicate textural shift by way of a black olive lattice cracker that sits gently atop a crispy tapioca chip, chickpea hummus and cumin yoghurt follows.

There are of course, the usual highlights. Here, a comforting, soupy blend of British leek and potato mousse and soup is studded with macadamia nuts that gently warm the belly in preparation for the dishes to come.

Next, a vibrant sphere of red finds itself on our table, a whole oxheart tomato that takes the spotlight in a ring of black olive crumbs. Within the hollowed heart, diners can dig into a refreshing blend of trimmings that’ve been simmered in a tangy mix of vinegar, seasoning and spices, before a crown of burrata cheese and sparkling-green basil sorbet cements the dish as an invigorating welcome to the warmer months.

An elegant fish course follows. The Red Snapper with Violin Courgette comprises a Cornwall red snapper fillet that’s been poached in a broth of herbs, elevated by a crunchy layer of roasted violin courgette cubes and king crab meat before being drizzled with a dazzling cream sauce of capers, chives and green dill oil.

Beef continues to be a favourite amongst degustation menus, so we were surprised to find the humble poultry as our mains amidst the flurry of plates that afternoon. Yet, the Organic Chicken with Herbed Potato proved to excite us in more ways than one.

The sauce — made with chicken trimmings cooked down in English sparkling wine and roasted sweet onion marmalade — is the least of the eye-opening delights here, and that’s saying a lot. The chicken leg in this dish had been left to confit for four hours, before the rest of the flesh is sandwiched together with home-cured ham and two chicken breasts. After a sous-vide, the mound is rolled around a bed of crackling, baked chicken skin. The result? One delightfully savoury dish that we’re still dreaming about till this day.

We are properly sated at this point — and probably too far along the work day to be spending an extra 30 minutes at lunch — but when Restaurant Manager Glen Harris rolled by the table with the trolley of cheese, we couldn’t resist. To say we were properly spoiled would be an understatement, and we dare bet that you too, wouldn’t be able to say no to the selection of cheese, jams, and crackers here.

The meal winds down with dessert, and there’s really nothing more summery than a serving of what is inarguably the UK’s most iconic dessert: the Eton Mess. Here, a bed of Madagascar vanilla bean cream forms a moat around a pillowy square of gluten-free sponge cake that’s topped with fresh wild red British strawberries. A gentle citrus aroma floating from the dehydrated teardrop meringue wafted up to our noses, before we plunged our spoons into the scoop of yoghurt ice cream and straight into the depths of summer.

JAAN Dining Reviews Jaan by Kirk Westaway
Jocelyn Tan
Writer
Jocelyn Tan is a travel and design writer who's probably indulging in serial killer podcasts or reading one too many books on East Asian history. When she actually gets to travel, you can find her attempting to stuff her entire wardrobe into her luggage. Yes, she's a chronic over-packer.
Travel Design