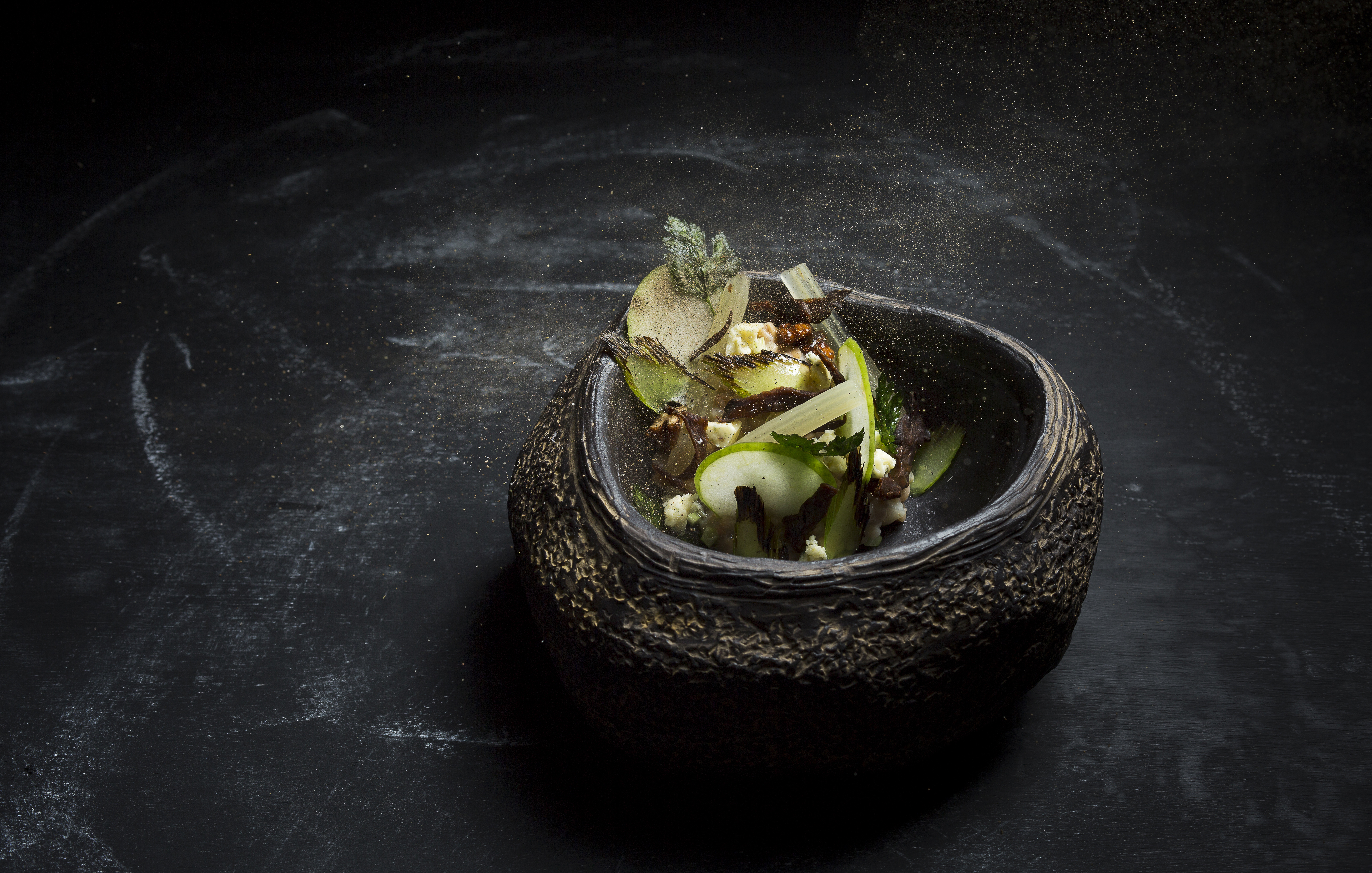 Review: Pyxiemoss goes modern European with a knack for surprise

Ask any local foodie about the trendiest dining enclave at the moment, and the answer would most likely be Gemmill Lane or Amoy Street. After all, these areas in the Telok Ayer neighbourhood have seen several new restaurants sprouting up over the past months. But it seems that the quieter stretch along North Canal Road in Clarke Quay might just catch up soon, with its recent influx of new eateries.

There was Spanish nose-to-tail dining spot Dehesa, which launched late last year, and breezy café Punch, opened in January by the same folks behind popular hipster joint Ronin. The latest addition to the burgeoning foodie haunt is Pyxiemoss, a Modern European restaurant offering an eclectic combination of Asian and Western flavours.

Pyxiemoss is situated in a shop house formerly occupied by modern Indian restaurant D’Story, which closed earlier this year. Industrial-chic reigns supreme in its 49-seater space, which is decked out in grey and embellished with metal trimmings. The restaurant also features a bar, where bottles of spirits and a golden skull ornament wearing a Harley-Davidson helmet hang on the wall behind, adding a dash of rock-star grittiness to the overall vibe.

The restaurant’s kitchen is helmed by owner-chef Tim Ross-Watson, who used to run the now-defunct Garden of Eden along Neil Road. Born and bred in Surrey, Ross-Watson’s résumé includes working for Restaurant Gordon Ramsay and Embassy in London, and managing food consultancy company Apple Pie Order.

At Pyxiemoss, Ross-Watson incorporates in his food upcycled and oft-discarded ingredients such as celery root and coffee grinds. His dishes also come with quirky names: The Tribbiani (S$15), for instance, is inspired by the character Joey Tribbiani from iconic 90s television sitcom Friends. It comprises duck liver mousse and chicken schmaltz, in a reference to Tribbiani and Chandler Bing’s pet duck and chicken.

Fascinated by Ross-Watson’s whimsical repertoire, we kicked off our meal with the Tongue in Cheek (S$14), a melt-in-your-mouth terrine made from a pressure-cooked pig’s head and embellished with porcini mushroom, tarragon and parsley gelée. A side of tangy Piccalilli — a mix of pickled cauliflower, onions and turmeric — added a spunky splash of sourness to the meaty, juicy terrine. If that wasn’t sufficient to leave an impression, it came presented on an eye-catching, twisted metal plate.

Another noteworthy dish was Not Just The Tip (S$14), Ross-Watson’s reinterpretation of the Waldorf salad that utilises the root, leaves, stem and tip of celery.

The celery root is fermented in a rice cooker for six weeks till it turns black, while its leaves are deep fried and skin is dehydrated before being transformed into charcoal. As a finishing touch, raw bits of the stem are scattered over everything.

Adding to the hodgepodge of ingredients was the inclusion of sour green apple slices, crunchy candied walnuts, salty stilton cheese and barley risotto. It sounds an eccentric blend, but the many contrasting flavours and textures worked surprisingly well together.

For the adventurous, try the Mother’s Lamb (S$18), a hearty mix of lamb hearts, belly and neck with herbed brioche breadcrumbs and delicate champagne grapes.

The mention of lamb hearts might sound a tad stomach-churning to offal-averse foodies, but we were pleasantly surprised to find that the hearts were not at all gamey-tasting. They were succulent and fork-tender from being cooked in a traditional tandoor oven, which imbued them with a slightly smokey taste.

Dessert didn’t disappoint, either. Go for the Pina Colada (S$10), a refreshing tropical blend of coconut and pineapple drizzled with olive oil and speckled with crunchy granola bits. Unlike its name, it contained no rum, but came with a saccharine-sweet pineapple caramel ice cream.

What we like about Pyxiemoss is that it serves quality food at affordable prices. The most expensive item on its food menu is its beef rump at S$22 — a reasonable amount, considering how we’re so used to forking out no less than twenty bucks for burgers and brunch platters (that we could easily prepare at home, anyway). In fact, one could order every dish from the food menu and find that the total cost only comes up to S$220.

Another reason to check out the restaurant is its delectable bar grub, which are available after 10pm daily and include the Pigaroon, a macaron crafted from beetroot and served with fatty pork, and Carrot Dog — a vegetarian hotdog stuffed with carrots, gula melaka and achar. Wash these down with cocktails such as the banana-caramel rum-based Bananarama, and you’re in for a good night.