Chef Aitor Jeronimo Orive is a man on the move. Fresh from leading Iggy’s to its Michelin star, he has recently surfaced with Unlisted Collection’s pantheon of chefs, heading a Basque-inspired restaurant once home to the short-lived Blackwattle. It now occupies the same stretch as Nouri with Cheek by Jowl within spitting distance.

It’s a timely addition to our dining scene. For before October this year, the only genres of Spanish cuisine available in town are either Catalunyan or tapas — which while delicious, does little to outline Spain’s culinary margins.

Indeed, Basque Country is a bit of a curiosity. For most of us living in Asia, Spain is largely seen as a monolithic block, not the historical and politically diverse communities that have at times, chafed against national boundaries for independence.

The Basque region is a community of people who live on the western Pyrenees — a region wedged between Spain and France that speak their own Basque language and practice their own unique set of cultural customs.

This is the heritage of chef Aitor’s grandparents, lending promise that the restaurant will be a nuanced peek into the region.

Ambience
The vibe, while similar to Blackwattle, has been given a gentle facelift — the most dramatic of which is really the installation of a three seater counter that lets you watch the chefs work. Otherwise, the same bottlegreen seats still line the space, a bar still sits on the second floor while the walls have been given a cheery new yellow hue.

Food
Those familiar with chef Aitor’s palate back at Iggy’s would find it akin to coming home. Some dishes bear similar brushstrokes to what we enjoyed at his former location — albeit with new inflections that showcase the beauty of Basque.

The jamon croquettes for instance come topped with a flaming red aioli made of Esplette pepper — a variety of capsicum grown in the French commune of Basque province that it’s named after.

The Oxtail “Bomba” dish was also a familiar one to behold for it reminded us of the braised oxtail base weaved into a pasta dish that chef Aitor once served at Iggy’s gastrobar. It was by far our favourite out of the seven-course tasting menu; its deep flavour is only made possible thanks to long braising hours — 12 in fact — before being cooked in bomba rice, onions, chicken stock and mushrooms. This rustic flavour combination is punctuated with a chive aioli made of egg yolks, chive oil and garlic.

These similarities are by no means a bad thing. In fact, diners were left disappointed when news broke that he was leaving Iggy’s. After all, his work catapulted one of Singapore’s longstanding restaurants back onto the radar.

Yet with his own restaurant, it would seem like chef Aitor is standing on a precipice, about to leap into new territory. The cherry gazpatxo then is a springboard — created in tribute to his former mentor, chef Dani Garcia — and a glimpse of a possible future direction. Here, cherries, tomatoes, peppers and garlic are blitzed with sherry vinegar then strained to produce a smooth consistency that sits like a crimson lake on the plate. This is dressed with a dusting of cottage cheese frozen with liquid nitrogen. 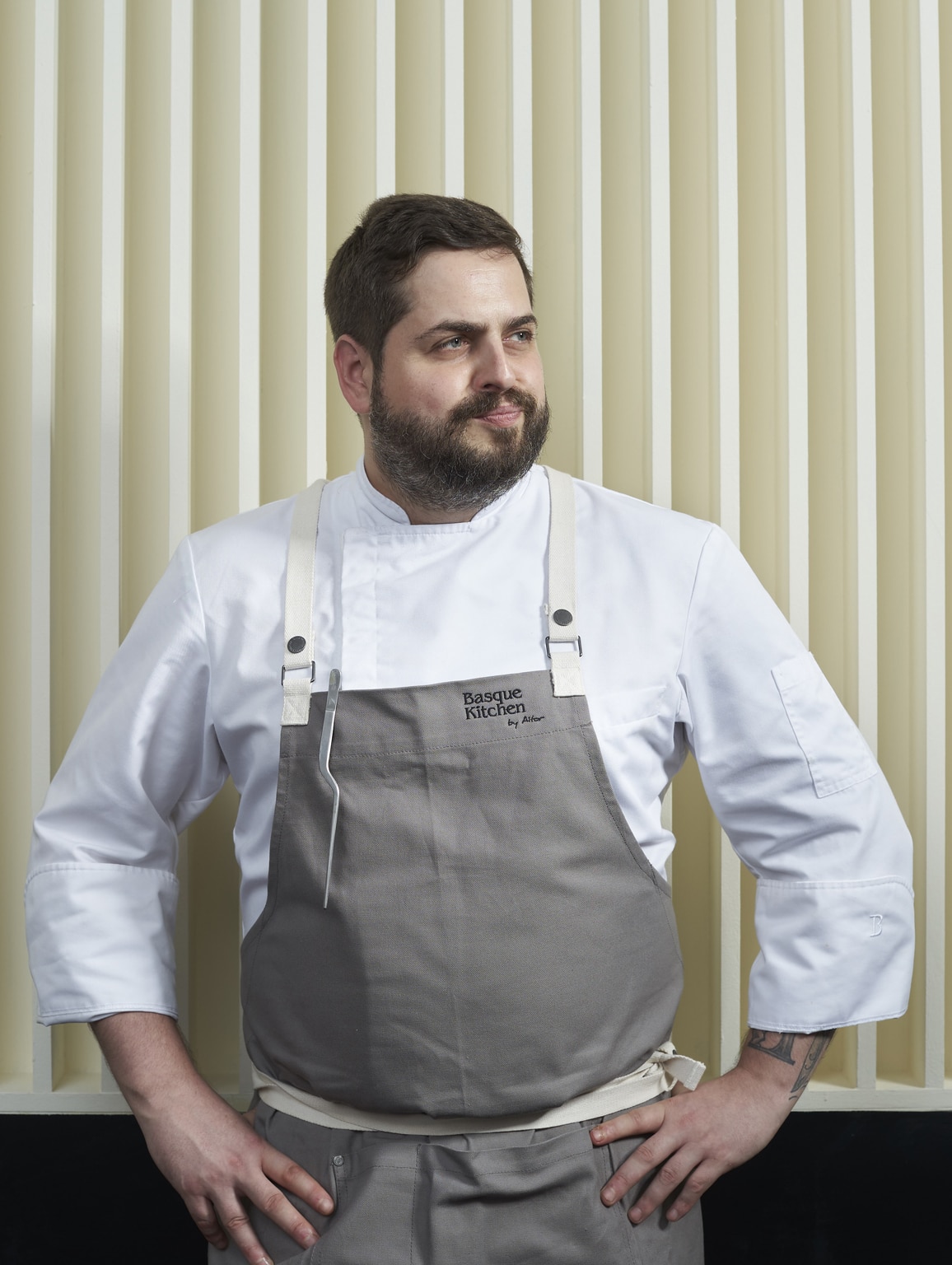 Verdict
It’s early days yet but a common thread that’s evident from the snacks to the dessert is one of a restaurant with immense potential. The dishes are packed with flavour and there’s a unique identity not found in other restaurants elsewhere in our city.

We have no doubt that Basque Kitchen by Aitor would have no problems squeezing in with the likes of Cheek by Jowl and Nouri in time to come.