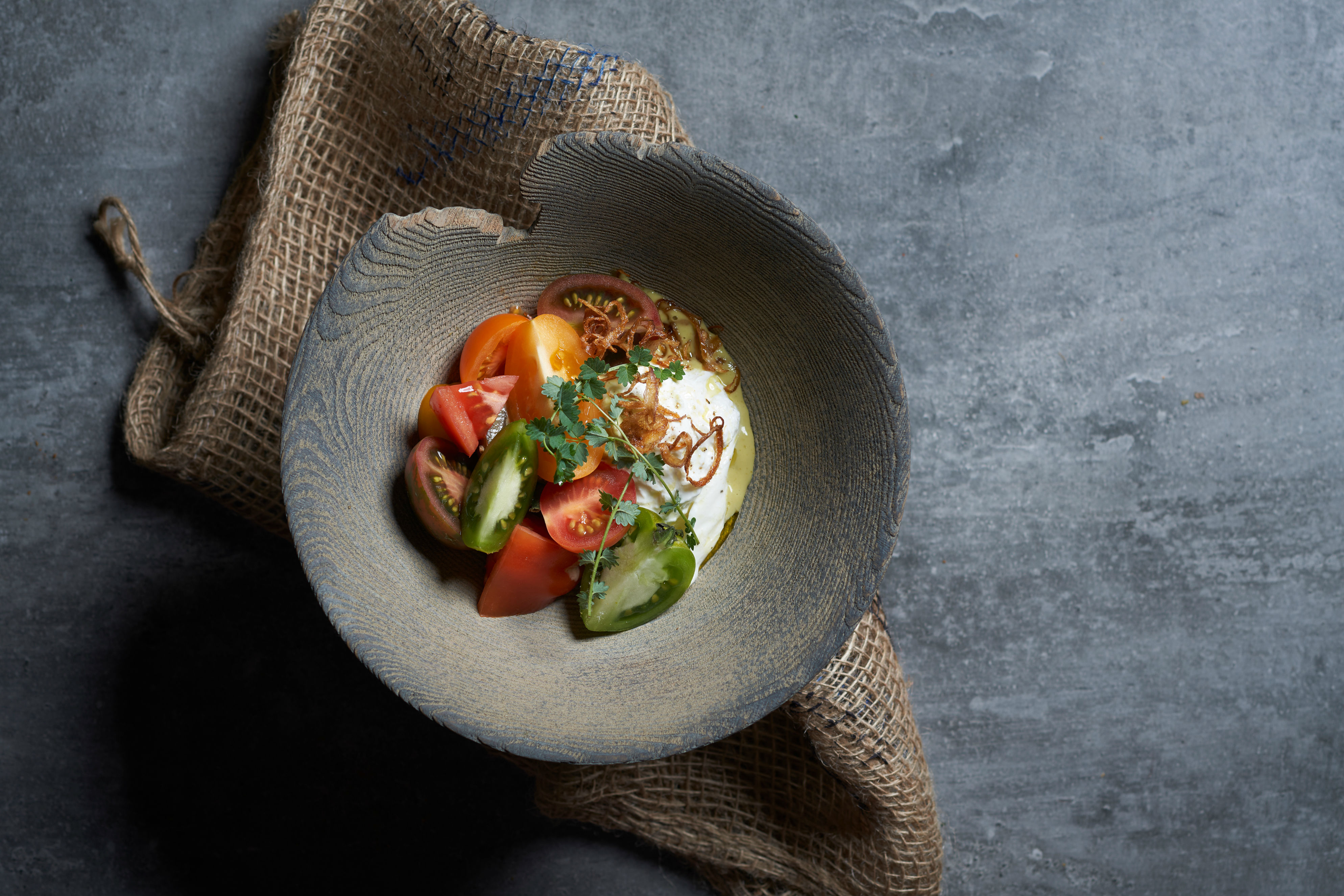 When Cheek by Jowl announced that it will run its last service end of February, it took many by surprise. The property the one-Michelin-starred restaurant had occupied was put up for sale and its days seemed numbered for a moment.

A glimpse of hope appeared as a new landlord, who purchases the property, offered to extend the restaurant’s lease. Behind the scenes, chef Rishi Naleendra was already working on something bigger — an elegant fine-dining concept that’s slated to open in June.

It seems the stars have aligned. He would now have two restaurants under his name. Instead of closing Cheek by Jowl for good, Naleendra went forward with a newer concept instead. In less than two weeks after closing the joint, Cheek Bistro was born: a casual reincarnation led by a refreshed team.

It all seems like a huge rush, but Naleendra is probably used to having to speed things up. After all, just three years ago after fine-dining concept Sorrel closed, Naleendra had even lesser time to put together the modern Australian concept with his wife (and restaurant manager) Manuela Toniolo.

Now, with all the changes made, it seems Cheek Bistro would continue the legacy left by its predecessor. Yet, what is so significantly different and new about it then?

A young team with experience

The newly christened Cheek Bistro now comes with a youthful team in its kitchen. Head chef Jay Teo and restaurant manager Muhammad Muhaimen have ascended to the same roles once held by the Naleendras at Cheek by Jowl. Both aren’t new to the Cheek family, having worked at the Michelin-starred establishment prior to the renovation. In some ways, the team holds on to tried-and-tested inspirations though they aren’t beholden to any of it. As Naleendra takes a back seat, the youthful team are provided with some creative opportunity with food and drinks here.

Cheek still goes for Modern Australian fare, but this time with more casual approaches. Instead of the usual prix-fixe menu, the restaurant adopts an a la carte format. Diners can go for snacks and then move on the sharing plates. The plating is certainly more relaxed, with none of the fancy coils of beetroot or fine dustings over fish. It’s an unpretentious, more straightforward approach. Just dig in.

Cheek by Jowl may have been a one-Michelin-starred establishment, but it wasn’t fine-dining in the traditional sense. It certainly looked like a classier joint than most eateries along Boon Tat Street, though it retained a comfortable quality with a couple of plants around, warm lights and wood furnishings.

So there really isn’t much to change on a cosmetic front. In two weeks of renovations, Cheek welcomed few, yet notable, changes. The stiff leather banquettes go for plush, Chartreuse green booths. The bistro’s a little bit brighter, with more plants and sees a couple of paintings by Naleendra. The sole chandelier by the dining counter seats is now replaced by simple industrial pendant lights.

Here’s a more light-hearted approach to the beef tartare that’s been a regular item on Cheek by Jowl’s menu. The dish sees hand-chopped rump of Australian beef for bite, topped with a disc of puffed millet for extra texture. There are also little surprises hidden within: you get a hint of musky caramel from the smoked maple syrup mixed into the tartare with care and bits of fermented chilli for subtle heat. Croutons are swapped out for crisp endive leaves, left bare save for a dressing of olive oil and lemon juice, for scooping up mounds of beef. It’s a deceptively simple dish that leaves deep impressions.

Burrata adopts a fun East-meets-West approach here. There’s the citrusy sauce of fermented green chilli, brightening up the usual medley of green and red heirloom tomatoes and dashes of olive oil. Fried shallot rings and bundles of coriander are thrown in for good measure, backing up the marriage of creamy stracciatella and fresh spice.

If you’re looking for familiarity on the menu, then go for the confit duck leg. The Cheek by Jowl signature is left pretty much as it is. It’s deep-fried to a crisp, still leaving tender meat on the bone. The spiced caramel sauce makes a reprise, made a lot more savoury than before this time. Sweetness finds itself in parsnip puree and orange wedges — a nod to the traditional French classic.

This dish is usually accompanied by a side of buttermilk waffles. Now, these fluffy waffles get their own standing as snacks. They are offered in wedges with a choice of piped chicken liver parfait or ricotta cheese, both paired up with date jam and pickled mustard seeds. There’s really no need for options: the buttery chicken liver version is a must-have.

Perhaps, one of the finer creations is the Spanish mackerel. The fish goes for a nice sear and there’s crisped up skin though left a little butchered up from getting stuck on the pan. But no matter, it goes for an attractive coat made of alternative ribbons of compressed zucchini. There’s a luscious puree of basil and zucchini on the side for a herbaceous, savoury touch to the mix.

We miss the innovative desserts of Cheek by Jowl, say with coconut and laksa leaf ice cream. Instead, the menu sees simpler options but are no less delightful. We like the goat’s cheese parfait, chilled into an ice cream-like block, that goes for a handful of berries, jam and a cascade of strawberry and white chocolate crumble over it.

One can’t help but notice the similarities between Cheek Bistro and Cheek by Jowl — something fans of the latter would definitely be very contented with. But Cheek Bistro is a little more than an insecure sibling trying to imitate whatever its more successful elder sister is trying to do. This little sister has much more to express, elegantly remodelling what was done previously in fun little ways. We encouraged you to step in here with fresh eyes and palates.

Rishi Naleendra Cheek by Jowl Cheek Bistro
Jasmine Tay
Senior Writer
Jasmine Tay is the dining, culture and jewellery writer. She makes fine silver jewellery and causes mini-explosions in the kitchen when she can't afford fancy dinners. Sometimes she tells people what she thinks about art, and binges on the music of Danzig when they don’t agree.
Dining Culture Jewellery