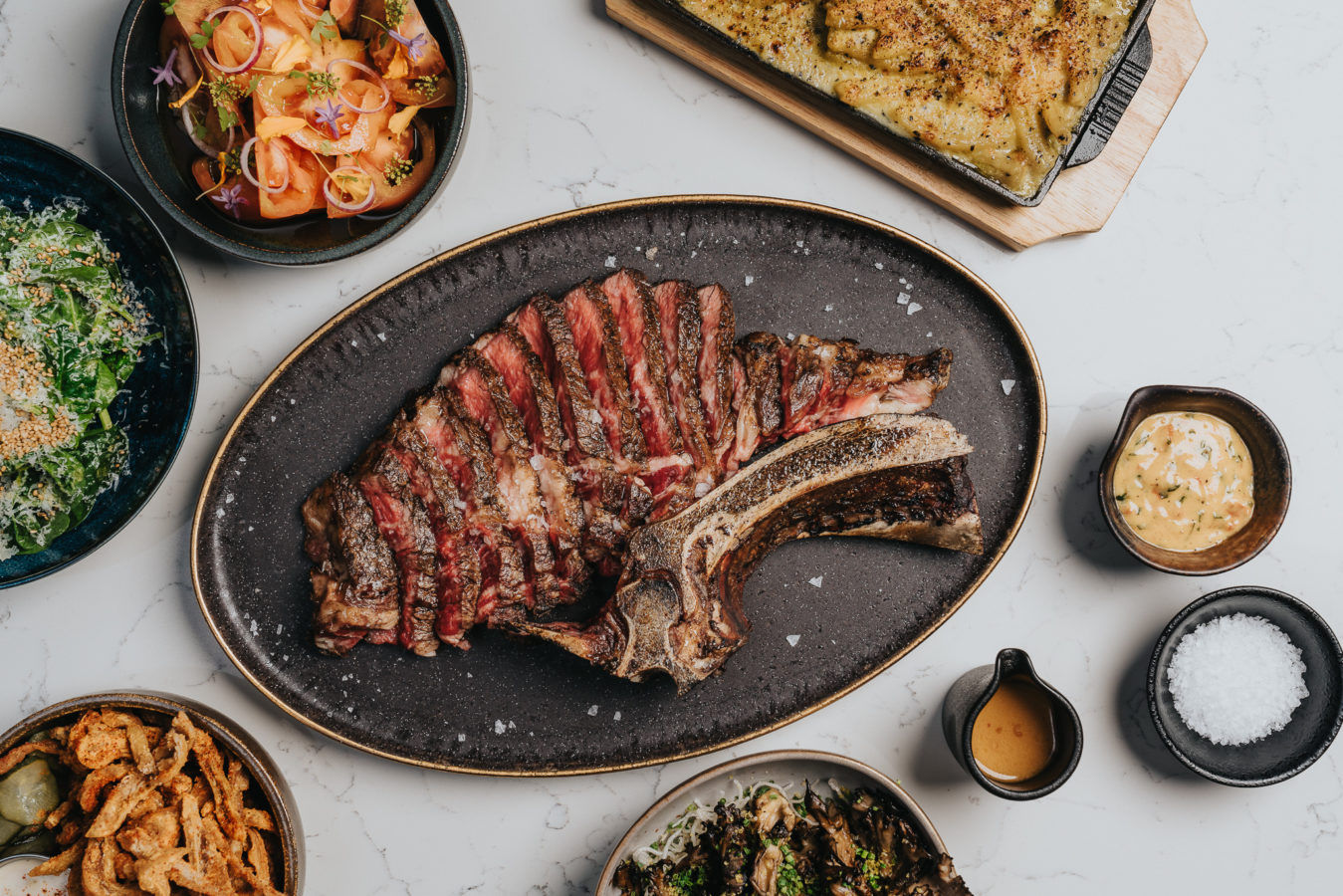 Food & Drink
Review: Meadesmoore is where steak outliers go to shine
Share this article
Next article

A good underdog story has you rooting for the misfit, even when they don’t win.

It’s Iceland at Euro 2016. The Jamaican bobsled team in “Cool Runnings.” Singapore’s Sticker Lady. At the new Meadesmoore, it’s a silver of zabuton, despite being up against a mammoth prime rib.

Coming from the chuck of an Australian wagyu and named for its resemblance to a Japanese sitting cushion, the slice is brushed with tallow and barely grilled. Still vibrantly red in the middle and streaked with pearl-white fat, the slice summons an intensely beefy flavour, a deeply ecstatic bite, and a silky, buttery finish.

Zabuton is not common in most Western steakhouses – you’ll more likely to find it at yakiniku joints – but it’s these kinds of cuts that Meadesmoore specialises in. Formerly known as Fat Belly Social Steakhouse, the rebranded restaurant has been spruced up, upscaled and now showcases large format steaks that steer clear from ribeyes and striploins.

Instead, you get onglet, or hanger steak, that holds a mineral, liver-like flavour. There’s also flat iron, which originates from the shoulder top blade, while rib cap is a luxuriously marbled, umami piece that covers the prime rib. Most of the beef come from Australian wagyu cattle that co-owner Stanley Seow and Executive Chef Victor Loy source directly from farmers.

While the dry-aged prime rib (S$280) was supposed to be main lead – Loy gave us bites of the other cuts to try – it’s still very good. Coming from an old dairy cow at least 60 months old, the a hefty one-kilogram slab of beef comes fanned out across a bone. It’s gently funky and beautifully charred, with different slices offering various textures. Sauces cost an additional S$7, but the well salted meat makes them unnecessary.

Eton Mess (S$16) is a rarely seen option at dessert, and Meadesmoore should be applauded for putting it on the menu. Unfortunately, it’s a letdown, coming across mostly as a mousse studded with fruits. Chocolate Chocolate Chocolate (S$16) is a much better option. Presented in forms of ganache, custard and sorbet, it’s bittersweet, heady and brooding, as well as proof that the obvious choice sometimes wins.

Dining Restaurants Steak meadesmoore
Jethro Kang
Jethro enjoys wine, biking, and climbing, and he's terrible at all three. In between them, he drinks commercial lagers and eats dumplings.
Sign up for our newsletters to have the latest stories delivered straight to your inbox every week.