Home > Food & Drink > Reviews > Review: Head to Mirazur for a once-in-a-lifetime meal unlike any other 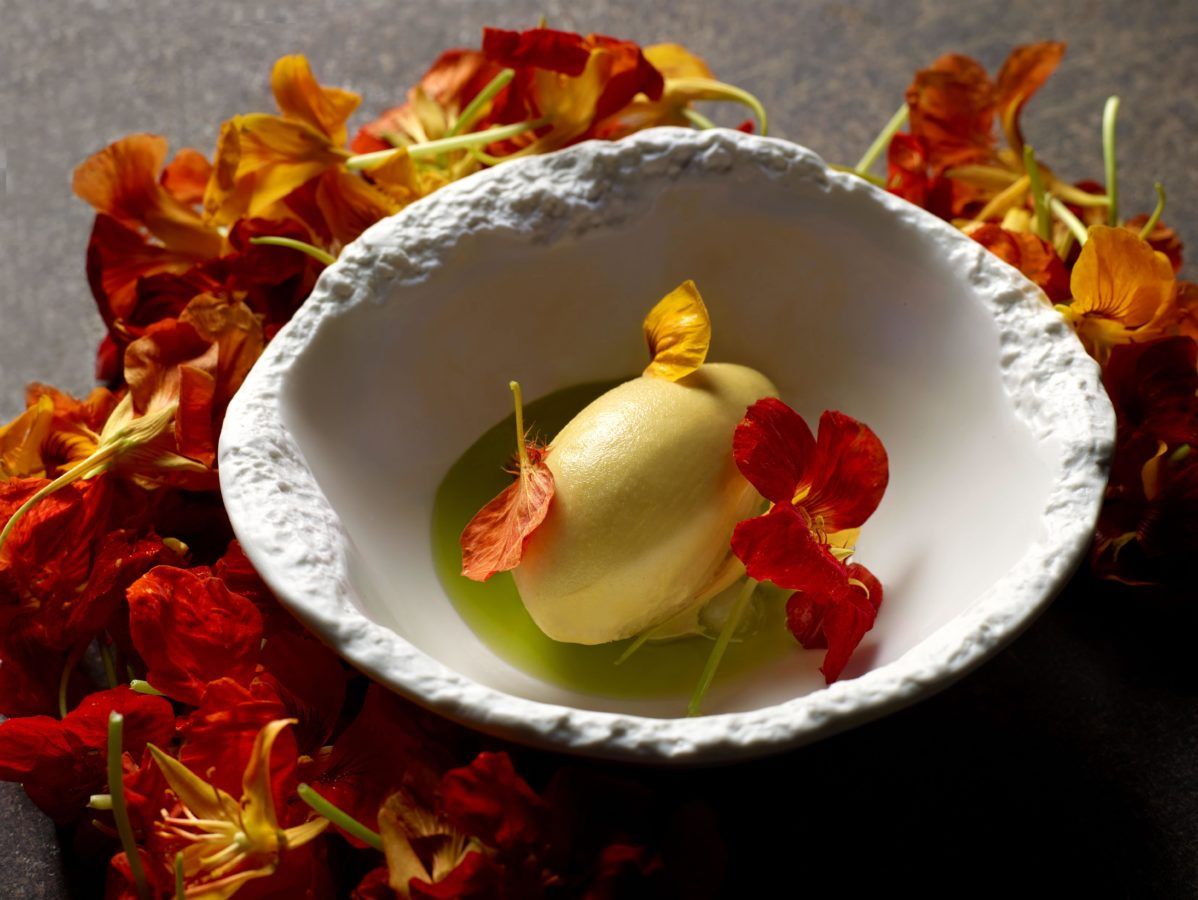 Food & Drink
Review: Head to Mirazur for a once-in-a-lifetime meal unlike any other
Share this article
Next article

Mirazur, the three-Michelin-starred jewel of chef Mauro Colagreco’s empire, is a name that beckons a second glance for any discerning diner.

In 2019, the Menton-based restaurant found itself armed with accolades only few could dream about. Besides a coveted three-Michelin star to its name, it celebrated 10 years in the World’s 50 Best rankings by rising to its top spot.

While gastronomers around the world bemoan the loss of travel riddled by the pandemic to even attempt to get a seat at the restaurant, Singapore saw a silver lining: Mirazur was coming to to town for a pop-up.

The Mirazur pop-up was brought to the island by The Mandala Group, the team behind the acquisition of private members club, Straits Clan. “The residency is a rare upskilling opportunity for the club team and a greater pool of talent within the local hospitality industry, whom we have specially hired to meet Mirazur’s exceptionally high standards of execution and service. This team of service and kitchen staff will have the priceless opportunity of working alongside some of the best culinary talents in the world, assisting to create dishes of three Michelin star standards,” shares The Mandala Group Co-Founder and CEO, Ben Jones.

In keeping with Mirazur’s fluid style, menus will not be given. Instead, themes planned in three-week evolutions over the residency period — Leaves, Flowers, Roots and Fruits — form the foundation of what’s to come. We were lucky enough to get a seat during the first lunch service of its Flowers menu. Read on for the full review.

To call the food at Mirazur visually precise would be an understatement. Take the marine flan for instance. Slivers of sesame oil marinated razor clams form an elegant fish scale feature that calls out to the sea. Even better is the accompanying oceanic marine flan, (or what we’d be more familiar referring to as chawanmushi), a delicate cloud of that’s been dreamed up with razor clam dashi. The bowl sits in a re-imagined garden studded with blooms, and the royal blue shades of the borage flowers makes it evident — this is the Flowers menu.

Then, the artichoke tart. Two to three hundred — let that number sink in for a minute — caper bud petals are delicately placed one-by-one on top of the artichoke tart, with each little petal boat turned up to the sky. The piquant smell of the capers hits first, before you relish in the hearty flavours the creamy, sautéed Brittany artichoke brings.

While flowers form the principal theme for the menu, head chef Luca Mattioli seems more relaxed in his interpretation of the motif with some of the dishes. Here, fresh Bouchot mussels from Brittany are assembled on a pyramid of yellow beetroots, complete with a pool of saffron-infused (that’s the blossom of choice here) broth. The flower is far from our minds as we look down at the amber vessel in front of us.

Make no mistake however, this is hardly a complaint. The sauce that cradled the mussels imparted a beautifully bright, oceanic flavour that made us salivate with each bite, with whispers of it still lingering on the light, oven-roasted yellow beetroots. Dreamy mouthfuls gone too soon.

At other times, the flower in question stares at you unmistakably. The next plate saw the heart of a banana flower — an inch of stem and all — sous vide and finished on the binchotan, before it’s placed in a moat of sudachi sauce that’s been dotted with orange trout eggs, tapioca pearls, chives and lime.

The tropical flower is traditional to Southeast Asian cuisine, and sees itself diced in curries or thinly sliced in salads. This presentation of the banana flower? A first for ourselves and our dining partner. Its texture resembled a cross between tender artichoke leaves and bamboo shoots, and relayed a slight bitterness and astringency when eaten alone. Yet, it served as the perfect vessel and companion to the sauce. A bite of the blossom with the creamy dressing relayed a tinge of meatiness to the flower, complemented by hints of zesty lime and pops from the orange trout roe.

When we move to mains, the experience turns into a gastronomical learning curve. The first of two mains arrive in an unadorned wide rimmed bowl, fashioned with fresh Hokkaido uni, a shallow serving of sauce and Norwegian black cod that’s been dressed in playful nasturtium flowers.

Instead of a high-end riff on familiar, savoury flavours, we get an ode to the tropics with a pineapple-like sauce formed out of the humble orange and chrysanthemum flower. The result is a sticky sweet, almost jammy reduction with refreshingly bitter undertones. A surprising union of tender, flakey fish and flowers that paves the way for endless combinations in the future.

The meadowsweet flower isn’t uncommon in Mirazur’s kitchen. Yet, in Singapore, they are a hat tip to the restaurant’s cascading gardens back in the French Riviera. The second and final main is a trio spotlighting the lacy, romantic blooms. We begin with an incredibly clean, pink veal fillet, with a meadowsweet sauce topped with droplets of matcha oil that lent a creamy, nutty aftertaste, finished with almond-esque perfumes that grow on you with each bite.

If the goal of the dish was to teach diners of the adaptability and the myriad of ways this flower could be used in dishes, it’s safe to say that we were schooled. The underused ingredient imparts a heady scent best featured in the clam ragout and sweetbread mix, which is topped with meadowsweet espuma for an airy rendition of the flower. When you think you’re done, the savouries are rounded up with a flower-shaped fromage de tête, elevated by a dollop of meadowsweet mayonnaise for good measure.

The dessert menu is graced with sweets that are just as perfumed as the savoury courses. We transition from the mains with a nasturtium sorbet, presented on a bed of cucumber balls for even more refreshing textures. Then, a rose of peaches both raw and roasted come to the table with almond jelly layered in between, alongside a helping of amaretti ice cream and Osmanthus sabayon (also known as zabaione in Italian).

Say what you will for a S$388++/ S$$488++ (lunch/dinner) meal, but in a city so rightfully enamoured with countless of mouth-watering course menus that are just a smear short of that price tag, a once-in-a-lifetime meal to the World’s Best Restaurant in your own city may just be worth it.