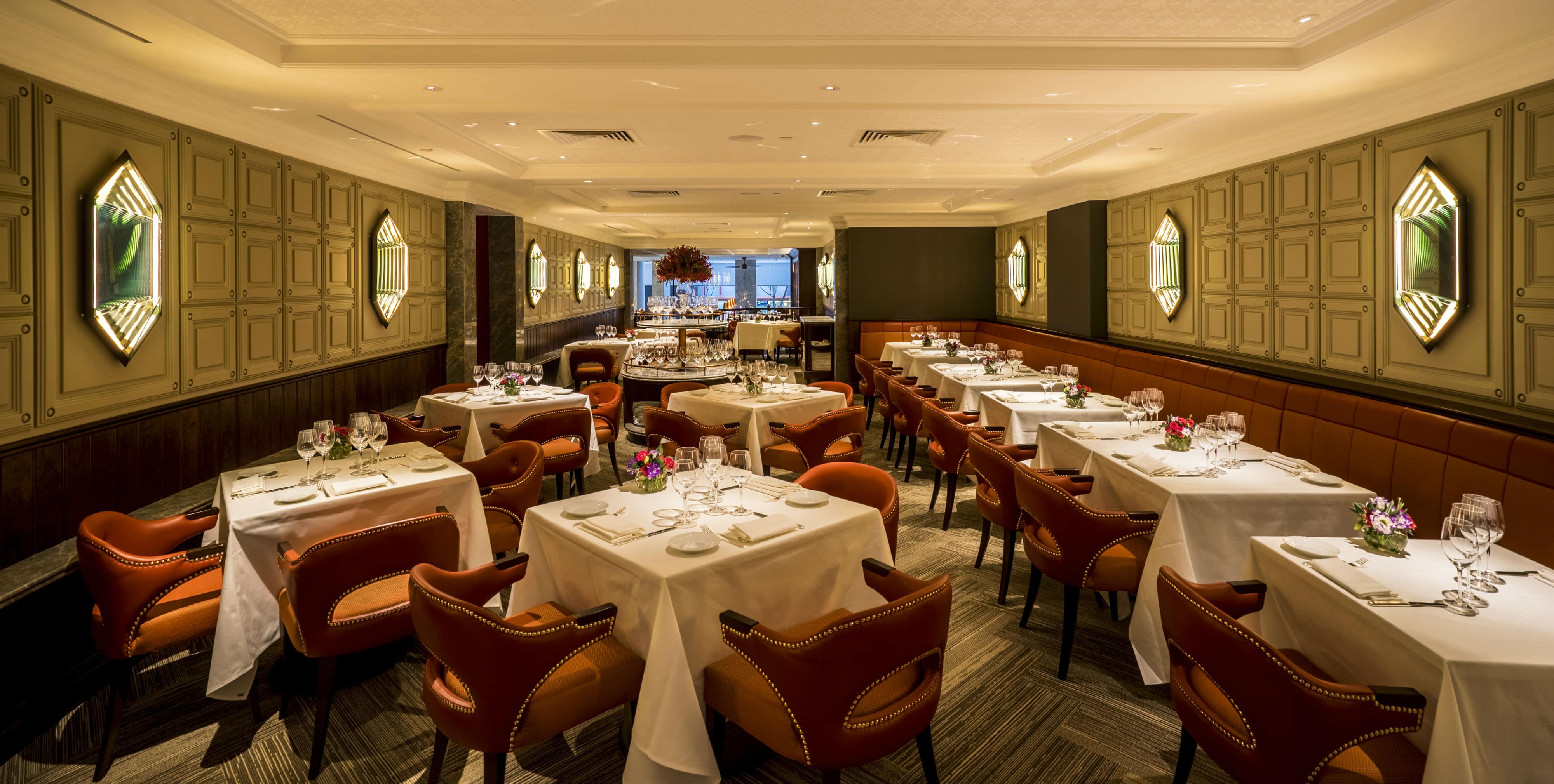 Review: The modern Italian scene gets a new contender with Art Restaurant

Food & Drink
Review: The modern Italian scene gets a new contender with Art Restaurant
Share this article
Next article

You’d be fooled if someone were to tell you Osteria Art just went through a rebranding. Not many changes have been made and regular diners of the Italian restaurant will still see the same black-and-white tiles and deep-red walls with matching maroon leather banquettes.

In this case, it’s about what’s being taken out. Now, in its third year of operations, the establishment has been re-christened as Art Restaurant with a whole new menu to boot.

Instead, he favours an ‘upgrade.’ Art now goes for a finer touch to Italian dishes, taking a more contemporary approach to its plating and ingredients. The menu has been halved, narrowing in on individually-plated appetisers, mains and desserts. And to further convince diners on the new artistic culinary undertaking: Produce-driven tasting menus in three- and five-course, for both lunch and dinner.

He sources from all around the world and includes ingredients from his hometown. Take for instance how the meal starts with a quick introduction to Bitonto in Apulia, Italy through the amuse bouche. Speck, or slices of ham, sourced from the region is cured and smoked in house. It’s wrapped around a rice and parmigiano puff lending a slight saltiness and leanness to the morsel.

Then, more global inspirations show up. There’s still foie gras for appetisers, though instead of being the main star, it shares the stage with a disc of Sicilian red prawns tartare marinated with blood orange pulp. It’s the musky essence of the sea all coming together on a piece of black sable made of seaweed, sesame and miso.

Tradition still has its hold on Art, but the menu sets to challenge impressions about it. It’s hard to justify putting out $48 for tortelli — and just two pieces to boot. But consider the ingredients: each dumpling stuffed with whole scampi, and then plated with delicate chanterelle mushrooms, saffron bisque foam, an emulsion of pumpkin and scampi intensified with pork jus infused with Balinese long pepper. And then there’s the taglioni, dressed with lobster oil, a rich clam veloute and a handsome dollop of prized Oscietra caviar to bring it all together.

Mains continue to surprise, bringing in innovative and contemporary takes on fine-dining classics — say, crispy skin fish. Skin from seabass is sliced off with precision and dehydrated into a near crystallised-state, cracking delicately with a nudge of the fork. Its flesh is pan-seared, sprinkled with smoked lemon salt and served with eggplant cannelloni and thick cream of tangy capers.

Over in desserts, de Vito opts for some fun over more formal and delicately plated dishes. Here, we find the Almond Magnum, albeit a classier version of an edible ice cream bar on a stick dropped on a plate. Keep digging through the dark chocolate coat; there’s goodness to be found between layers of almond chocolate, ganache and raspberry gel. De Vito then ends with another sweet love letter to Bitonto in his petit fours: Cerignola olives from his farm at home, candied with coconut flakes.

Verdict
Art Restaurant is certainly innovative and one to watch in the local Italian culinary sphere.  In the meantime, the CBD has now lost a fairly affordable restaurant and gourmands have got themselves a new place to check out on a good occasion.

Osteria Art Illido Group Beppe De Vito Art Restaurant
Jasmine Tay
Senior Writer
Jasmine Tay is the dining, culture and jewellery writer. She makes fine silver jewellery and causes mini-explosions in the kitchen when she can't afford fancy dinners. Sometimes she tells people what she thinks about art, and binges on the music of Danzig when they don’t agree.
Dining Culture Jewellery