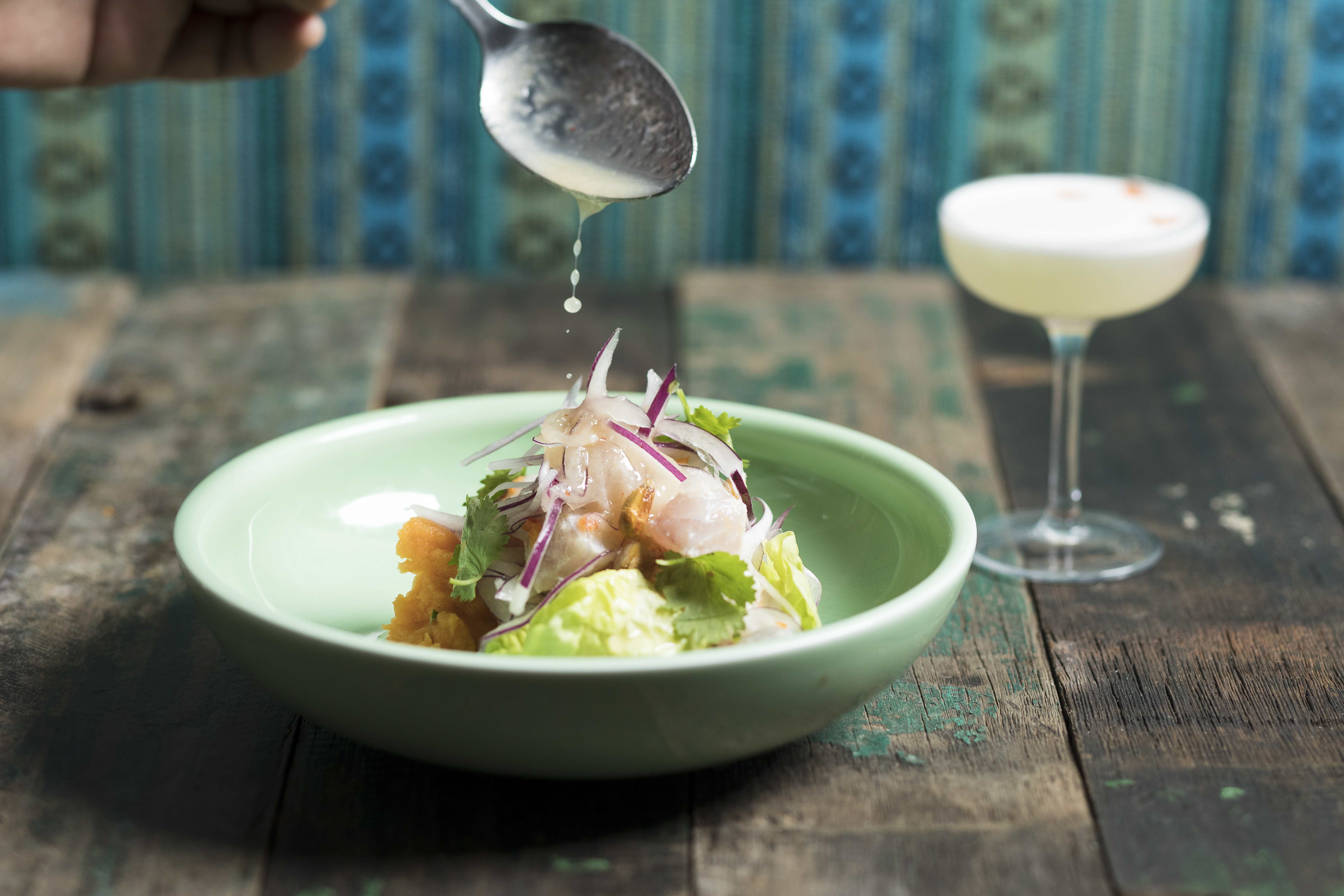 Review: Tono Cevicheria puts Peruvian cuisine in the spotlight, and deservedly so

Food & Drink
Review: Tono Cevicheria puts Peruvian cuisine in the spotlight, and deservedly so
Share this article
Next article

Beyond the parameters of ceviche (citrus-marinated raw fish) and pisco sour (a pisco-based cocktail mixed with egg white, citrus and Angostura bitters), it’s safe to say that the average local foodie may not be too familiar with Peruvian cuisine. After all, the Singapore gastronomic scene hasn’t seen any Peruvian-focused eateries in a while. Sure, there are plenty of South American and Latin American-inspired, full service restaurants around the island, but none of these profess to be solely dedicated to Peru, which is located in the western region of South America.

Not until Tono Cevicheria. Opened by Daniel Chavez, the chef-owner of Spanish eatery Ola Cocina Del Mar, this new restaurant offers an extensive repertoire of ceviche alongside other traditional Peruvian staples. And yes, the Pisco Sour is also present on its menu.

Tono Cevicheria is located at Duo Galleria, a new mixed development building along Fraser Street. Inspired by the beachside cevicherias found in Latin America, its interiors are dressed in a cheerful palette of blue and green hues, with touches of wood for a rustic feel. Daylight spills in through large glass windows, creating a breezy and relaxing ambience.

The eatery seats 29 in its main dining room and 36 on its air-conditioned terrace outside. Lively Salsa music plays in the background, making you forget that you’re in Singapore instead of Peru — even if just for a little while.

Ceviche is the star item at Tono Cevicheria, and the restaurant offers four different variations of it. For the uninitiated, ceviche typically comprises fresh seafood such as sea bass cured in tiger’s milk, a sour marinade obtained from a combination of onions, chillies, citrus and run-off juices from the seafood.

It’s also Chavez’s favourite dish of all time. “I could eat ceviche every day of my life for breakfast, lunch and dinner. I love everything about it. The dish is not elegant but it’s intensely flavoured. The magic of it lies in its simplicity and the fact that anybody can do it — you can make it your own with different ingredients,” he said, when we met him for our recent Pass the Salt interview.

But Tono Cevicheria’s offerings do not just end there. The restaurant also boasts a variety of lesser-known Peruvian staples such as causa (a potato salad spiced with aji amarillo chillies and limes, and served with various toppings), Arroz con Mariscos (seafood rice) and Lomo Saltado (stir-fried beef with tomatoes, onions and crispy potatoes). These are all prepared by executive chef Mario Malvaez and his team of Lima-trained, Latin American chefs.

Eager for a taste of authentic Peruvian fare, we recently stopped by for lunch. We ordered a tasting platter of ceviche (S$35), which allowed us to sample three different types: Tono, Mixto and Nikkei. A standout was the Tono (S$28 à la carte), where the fish of the day (which can be either trevally or snapper) is tossed in a combination of lettuce, coriander, onions and chilli, and soaked in a piquant tiger’s milk of lime and smoked aji amarillo. Crunchy baby calamari is thrown into the mix for textural contrast. The whole dish is packed with fresh and bright flavours, with a perfect balance of the sweetness of the fish and the tangy marinade.

We also liked the Japanese-inspired Nikkei (S$24), a refreshing medley of raw yellowfin tuna dressed in a tiger’s milk of soy, mirin, sesame oil, chilli and Hondashi (bonito soup stock), and topped off with avocado slices and purple potato chips — which are made in-house. Those who like a little more variety in their seafood will appreciate the Mixto (S$25), a melange of raw fish, prawns, calamari and octopus covered in tiger’s milk infused with spicy aji rocoto (a type of bell pepper found in South America) and garnished with crisp plantain chips.

Having had our fill of ceviche, we also tried several other more unconventional options on the menu. There was the Yellow Pituco (S$24), another Japanese-inspired dish that featured sashimi cut yellowfin tuna marinated in chilli vinaigrette and bedecked with radish, crispy red and white quinoa, and plantain chips. It was a simple yet tasty concoction, with a slow and lingering burn contributed by the chilli.

We put out that fire with the creamy and comforting Escabeche (S$22), a causa filled with two types of chicken — shredded chicken with mayonnaise, and grilled chicken with aji panca (red pepper) chilli sauce — along with potato mash and escabeche sauce. The latter is created by roasting an assortment of aji panca, garlic, tomatoes and onions, before adding in red chilli and chicken stock. It is spiced with salt, oregano and bay leaves, and finally blended into a paste.

Another hit was the Anticuchos, which consists of chicken (S$22) or beef (S$25) skewers that are grilled on a plancha and served with aji panca and chalaquita sauce — a combination of tomato, pepper, onions and tiger’s milk. Prior to cooking, the meat is seasoned in various ingredients such as aji panca and red wine vinegar for at least 24 hours till juicy and delicious.

Dessert was equally big on flavour. The Tres Leches (S$12) showcased a coconut sponge cake doused in a sweet and creamy mixture of fresh milk, condensed milk and coconut milk, and paired with a zesty pineapple and passionfruit compote. Order this if you have a sweet tooth — you won’t be disappointed.