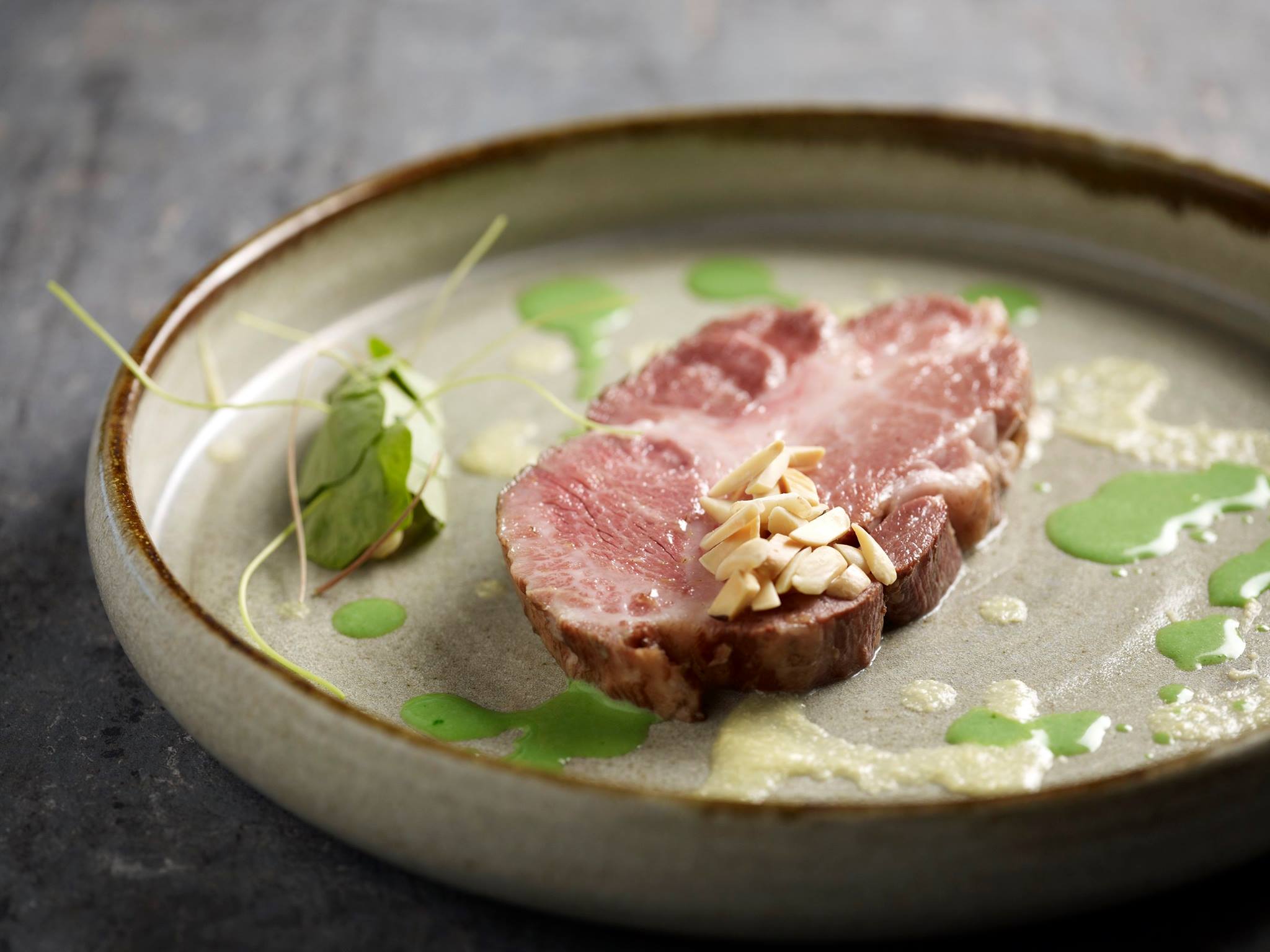 Review: The Summerhouse is a countryside escape from the city

Food & Drink
Review: The Summerhouse is a countryside escape from the city
Share this article
Next article

To any burnt-out urban dweller, paradise on earth would probably take the form of an idyllic countryside, with only trees, flowers and the chirping of birds for company. There, worries melt away, and everything one eats or drinks is delectable yet nourishing — unlike the fast food, artery-clogging junk so ubiquitous in the city.

In this promised land, food is either obtained from nearby farms, or harvested from an lush in-house garden brimming with edible herbs and fruits — so one can be assured of top-notch freshness and quality.

A scene like this may sound rather incongruous to Singapore, which is more commonly associated with its towering skyscrapers and busy urban life. But The Summerhouse, a multi-concept food and beverage destination, comes pretty close to making this pastoral setting a reality. Situated amidst verdant greenery in Seletar Aerospace Park — which surrounds the former Seletar Airbase — this beautiful new venue offers a refuge away from the hustle and bustle of the city.

The Summerhouse takes pride of place in an 80-year-old, two-storey colonial bungalow that was once home to the Royal Air Force’s tech wing commander. It comprises Wildseed, a casual café and patisserie, and The Summerhouse Dining Room and Balcony Bar — a restaurant serving up nature-inspired, farm-to-table cuisine.

The establishment is committed to using only the freshest seasonal produce, and sources its ingredients from a network of local and Malaysian farms. Its seafood comes from a Singapore kelong, while garnishes such as basil and blue pea flower are harvested from its own edible garden, which is maintained by Edible Garden City.

We dined at the more upscale The Summerhouse Dining Room and Balcony Bar, an elegant place with black and white interiors, and chandeliers hanging from its mirrored ceiling. In line with its botanical theme, its chairs are emblazoned with floral prints, and plants are placed around the room to add splashes of green.

The restaurant is open only for dinner, and its kitchen is headed by German-born chef Florian Ridder, who was previously a sous chef at one-Michelin-starred Alma by Juan Amador. Ridder’s menu isn’t confined to any specific cuisine, and incorporates a blend of Asian and Western flavours. Much emphasis is placed on seasonal produce — the restaurant has a whole page of its menu dedicated to its ingredients, their provenance, and time of year that they are available.

We opted for its Collective Farming menu (S$90++ to S$128++), which is available as a six or 10-course set. First to arrive was the Kelong Rojak, a concoction of fresh kelong prawns dusted with grated pistachio and burnt lemon powder for a zesty kick. The prawns were plump and firm, and were accompanied by dollops of fragrant basil sauce. Simple but tasty, this was a pleasant start to our meal.

The restaurant’s uni pasta was also a winning dish. It comprised an umami-laden ice cream made from uni and soy sauce, set atop a bed of bouncy ikura pearls and toasted seaweed. Instead of the usual angel hair pasta so commonly used in other restaurants’ renditions of this dish, Ridder’s version featured deep-fried strands of vermicelli.

The whole combination might sound a tad odd, but its marriage of textures and salty flavours worked surprisingly well. Our only gripe with the dish was that unlike its photo, it didn’t contain any actual pieces of uni.

Another standout was the raspberry-pickled beetroot (S$18), which is also available as an à la carte option. At first glance, the beetroot just looked like a giant red blob decorated with hibiscus leaves. But upon slicing it open, we discovered that the beetroot was generously filled with a mix of crispy barley, black sesame, fluffy ricotta cheese and crunchy fried onions — resulting in a bold explosion of sour and savoury flavours.

The hero of the dish was undisputedly the eggplant, which underwent an elaborate cooking process that entailed being baked, marinated in parsley, smoked paprika and chilli padi for two days, and finally cooked with roasted garlic, tomato and more chilli padi. These left the eggplant delightfully soft and infused with a subtle spiciness.

We also liked the comforting buckwheat porridge (S$16), a juxtaposition of textures with its blend of sunflower seeds, parmesan crisp, pumpkin, tomato and bacon bits. Unlike the usual silky and slightly watery congee found in Chinese restaurants here, Ridder’s porridge carried a paste-like consistency, due to it being cooked with milk, butter and cream, before being simmered with buckwheat rice. Its naturally nutty taste was interspersed with dashes of sweet and savoury flavours from its assortment of ingredients.

It seems that Ridder has a penchant for contrasting textures, as our main course of Iberico pork collar (S$36) also carried this trait. The fatty meat was first cured in buttermilk, barley and bay leaves, before being cooked sous vide for 72 hours till fork-tender. It came served with tangy lemon crème fraîche and chervil sauce, and — of course — sprinkled with toasted hazelnuts for crunch. Meltingly-soft and succulent, this porcine treat was certainly one to remember.

For dessert, we lapped up Flower (S$15), a lovely blend of guava yoghurt sorbet, lychee-coconut mousse, raspberry purée and rose meringue. We were pleasantly surprised to find that this confection showcased the natural sweetness of the fruits, instead of being an in-your-face sugar overload. Another dessert we eagerly finished, was the restaurant’s sourdough ice cream (S$14). The ice cream carried a subtle sourness, which was tempered with the delicate sweetness of milk foam, wild honey and plum. Perfect for those who’re hankering for dessert, but aren’t too keen on anything too cloying.

The Summerhouse Dining Room and Balcony Bar is a restaurant we’d easily return to, because of its tranquil, gorgeous locale and excellent repertoire of food. Ridder is clearly committed to his vision of using farm-fresh produce in his cooking, and his delicious, carefully-curated dishes bear witness to that.

We have yet to visit Wildseed, the other eatery situated in The Summerhouse. But we might stop by soon to check out its Instagram-worthy interiors, which are decorated with colourful flowers from the florist it shares its space with. The place also exudes a laid-back vibe, which makes it seem like a great spot for a lazy afternoon of people-watching over coffee. And the best part? We get to escape the fast-paced “real world” of the city, even if it’s just for a little while.