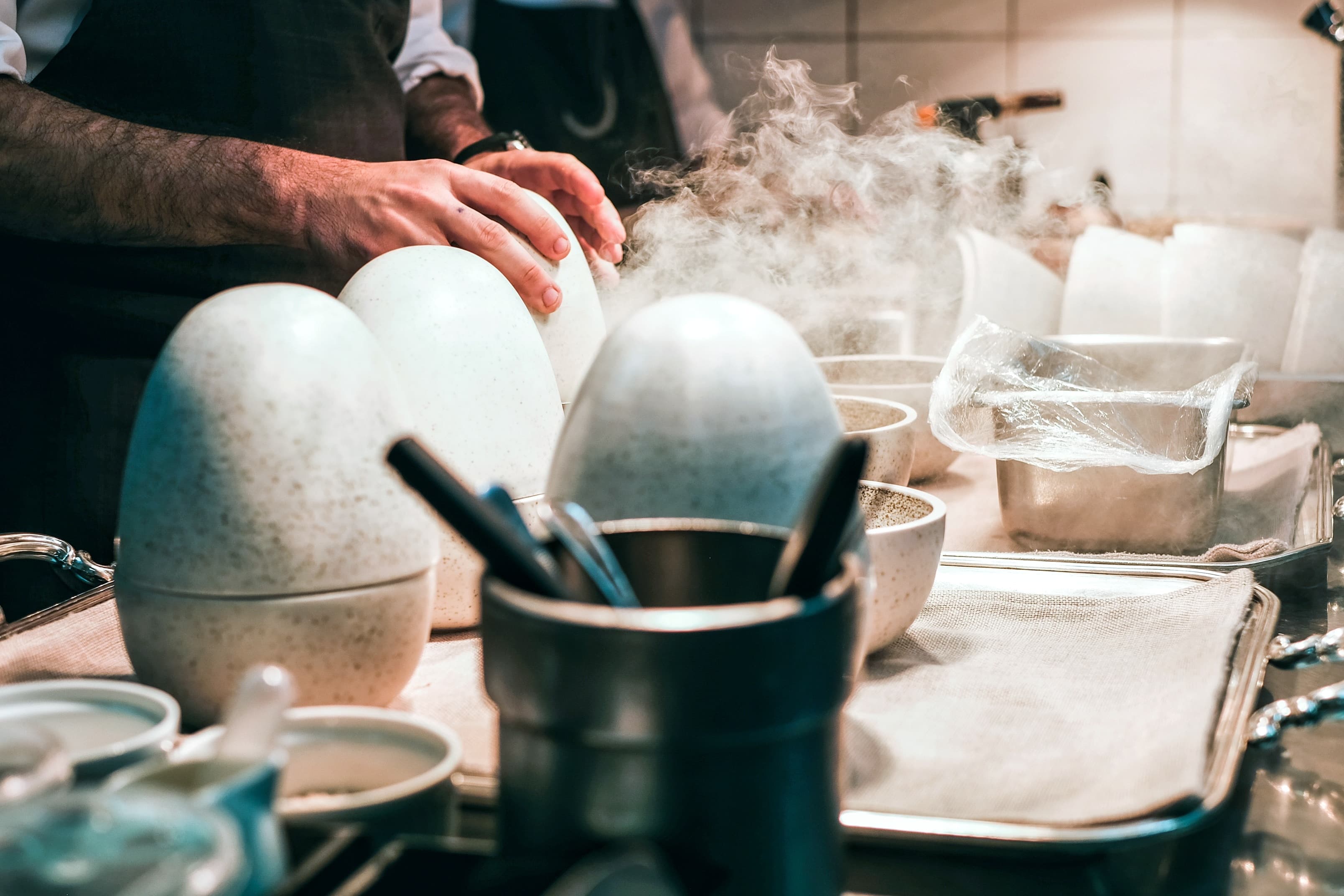 The food and drink trends to watch in 2019

The phrase “food trend” in Singapore tends to have a bit of a negative connotation. It calls to mind eyebrow-raising creations like bubble tea buns (literally, bread stuffed with bubble tea sago pearls), rainbow bagels and anything dredged through that yellow substance we’ve come to know as salted egg yolk.

Brush that aside and you’ll find that the world of chandelier-ed restaurants and gilded bars too are spaces from which trends are conceived.

This year’s trends are just as rich as last year’s. As chefs dive into their heritage and resurface with bold new concepts, spirit makers are dreaming up lucrative new ways to appeal to the non-drinking market. While private dining gets experimental, bartenders are broaching the terroir-sensitive world of tea.

All this means this is an exciting year for the world of food and drink. If you’re one to sniff out the latest and greatest, strap on your seatbelt. 2019 will have you in for a ride.

A personal touch to cuisine

Cuisine is becoming more than just a way to categorise the style of food. Many chefs are looking back to their roots and are finding more to explore from inside the box. It’s becoming personal, biographical and emotional. That’s birthed new restaurants that are not normally sought after or understood well, if not for the chefs who have taken a stand to give a better representation of their culture miles away from Singapore.

Think chef Aitor Jeronimo who has opened Basque Kitchen, a restaurant dedicated to modern interpretations of Basque cuisine, chef Kirk Westaway has bold step away from the tried-and-tested French path Jaan has taken for a decade to focus on British cuisine.

Private home dining been a thing since 2016 and it’s about to start evolving into something more than just an unusual dining experience. Young cooks who have cut their teeth at impressive establishments are finding freedom in culinary expressions from the confines of home. Take for instance Dearborn Supper Club’s Christopher Kong, a former chef at Guy Savoy and Waku Ghin, who now dishes up fine-casual American cuisine from his home.

Considering that most of these restaurants operate one or two tables on a few nights, chefs have more time on their hands to research. Ben Fatto 95’s chef Lee Yum Hwa takes the opportunity to indulge in his pasta-making obsessions, from which are beautiful creations that become highlights of his home dinners. Expect some eye-opening gastronomic developments here.

Modern Malaysian cuisine is seeing a boost thanks to a dining public that’s getting more adventurous while visitors look for cuisine unique to the country. Existing restaurants like Dewakan and Beta have been tightening menus that repose on the country’s culinary identity — either in the form of heritage dishes or in long forgotten ingredients. This is backed up by new restaurants like OpenHouse and Atas — neither of these establishments shy away from elevating and utilising native ingredients in its dishes.

Going sustainable is no longer just about recycling and reusing ingredients. Restaurants are now taking extra steps by going locavore to cut down on carbon footprint. It’s no easy task: Open Farm Community took nearly a year to work local produce across 80 percent of its dishes. Modern-Singaporean restaurant Labyrinth is putting local farms in the spotlight, proving that ingredients grown here are more than viable in terms of quality.

Going meat-free is becoming a focus too, with restaurants like Verde Kitchen and The Botanic giving more space on the menu for vegetarian options. Plant-based meats are also becoming more widespread — you can expect it in Singapore very soon.

Sustainable bartending that centers around minimal waste and environmentally-friendly drinkware has always been an undercurrent across Asia as well, with names like Potato Head Bali spearheading responsibility towards the environment. The sustainable movement in the beverage category is set to go beyond being the exception and into the norm in 2019.

Even the spirit industry is aiming to produce sustainably. The Scotch industry, for example, has ventured into recyclable packaging and incorporated renewable energy sources rather than fossil fuels into the production process in order to reduce their carbon footprint. As consumers become increasingly aware, the world is less forgiving towards ecologically harmful practices, so it is a commendable step that the drinks industry is steadily moving towards sustainability for the greater good.

The communal chef’s table or counter table seating is a feature best associated with the premium sushi-ya. While most of us aren’t very comfortable with the idea of sharing the space with some other diner, it makes for interactive engagements with the chef. It’s a privilege once offered to those who pay top dollar, but more restaurants – especially Western – are making this a more democratic experience. Such counter seatings can be found at Lerouy, Nouri and at the recently-opened Table 65 by celebrity restaurant Richard van Oostenbrugge.

Most important restaurants lean towards the high-end (read: pricier) side and these places are sectioned for special events, even for serious gourmands. Well, good food is meant to be enjoyed by all, and there’s nowhere better to do that than in casual settings.

That’s what restaurants Cure, Meta and Ola Cocina del Mar have come to explore as well with accessible concepts like Butcher Boy, Kimme and Tono Cevicheria respectively. Best of all, chefs get to be a little more creative with their offerings too. On the extreme end, Burnt Ends has opened up its top quality grills with a new hawker stall concept in Makansutra.

The presence of tea in cocktails has been around for as long as it has been popularised by Aki Wang, owner and bartender of Indulge Bistro in Taipei, currently ranked 38 on the World’s 50 Best Bars list. Dubbed the Godfather of the Taiwanese bartending industry, Wang has made it a point to incorporate teas native to his homeland in his cocktail recipes, and has gone to helm guest shifts and masterclasses abroad with his unique concoctions.

This modus operandi, so unique to Wang, has recently become a trend in Singapore, with a number of bars incorporating Asian teas into their tipples. The movement has even catapulted to the point where we have The Other Roof, a rooftop cocktail bar in Ann Siang House that infuses custom tea blends into some 300 different spirits behind the bar. This year, we can definitely expect to see tea making its way into the mainstream of mixology.

Though celebrity-owned alcohol brands are not entirely new, 2018 was a year that saw a jump in the number of celebrities moving into the liquor arena. You have Ryan Reynold’s purchasing Aviation Gin (and the subsequent hilarity that ensued from his marketing efforts), Metallica debuting sound-aged whisky, Bono backing an Irish distillery and more. The star-studded roll call fronting booze brands is slated to increase in the next year as more celebrities capitalize on the ease of success it offers, but here’s hoping we see A-listers get ever-more inventive when it comes to what they bring to the bar.

Brands like Seedlip, a botanical zero-proof spirit that impersonates gin, are ubiquitous in most respectable cocktail joints, with many up-and-coming other labels like Three Spirit, Stryyk and the like making their presence known as well. May 2019 be the year that the stigma against abstaining from alcohol at a bar or party is abolished with the aid of these zero-proof alternatives.