Home > Gear > Motoring > 2018 Audi Q5 vs SQ5: how the popular crossover SUVs stand against each other 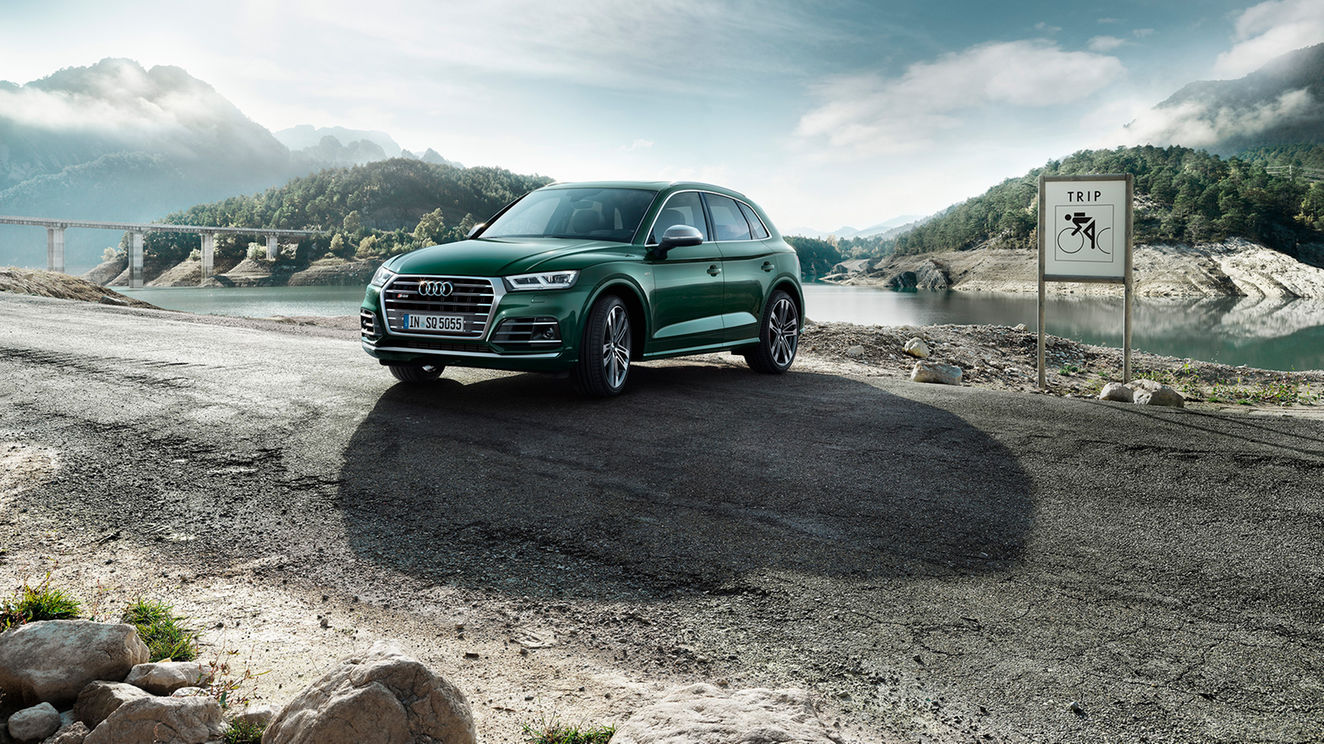 2018 Audi Q5 vs SQ5: how the popular crossover SUVs stand against each other

With the sheer number of choices available considering a new model gets launched every other week, buying an SUV now is kind of like choosing between your favourite chocolate and the new pop rocks flavour at the candy store. The unfortunate part of being a grown up is having to perpetually decide between unadulterated comfort and no-holds-barred fun, and if you’re in the market for the latest Audi Q5 series, you’ll find yourself facing this very conundrum.

The “S” nomenclature might be the only thing that differentiates the Audi Q5 and SQ5, but both SUVs are worlds apart. The Q5 made the roads first in 2008 as a compact luxury crossover, and so well-built it was, that the second generation was only released earlier this year. The smaller, more affordable, but equally practical little brother to the stellar (but behemoth) Q7 was a dream for families who wanted a no-fuss and reliable workhorse which would ace school runs and road trips. It was anything by flamboyant.

Production of its high performance variant started in 2013, and the SQ5 became the first Audi S model to feature a diesel engine then. It added a good dose of fizz to the mix via good ol’ V6 brawn — a welcomed departure from the regular turbocharged-fours that usually power crossovers. As a relatively more rambunctious variation, it appealed to the adventure seekers and (practical) adrenalin junkies looking to have just as much fun on the journey as when at the destination.

If you’re like the kid at the candy shop who can’t decide, we’ve broken down both cars for you below.

You’ll need to squint to see the exterior differences, but the SQ5 is unsurprisingly the more dynamic-looking sibling here. Larger 21-inch alloy wheels with S-line badges sets it apart from its base model, alongside its more aggressive grille, rear diffuser, bigger brakes and spoiler. The aluminium optic side mirror caps that come with all “S” models are also present. What comes as options on the Q5 — like the LED headlights — are also outfitted as standard on the SQ5.

While the Audi Q5 drives more like an oversized sports sedan, the SQ5 feels more like a true blue performance SUV on steroids. The former runs on a 2.0 TFSI four-cylinder engine that’s mated to a 7-speed Stronic dual-clutch automatic, producing a smooth 252hp, 370Nm of torque, and completing the 100kph sprint in 6.3 seconds. By comparison, the SQ5’s more athletic 3.0 TFSI six-cylinder and 8-speed Tiptronic automatic transmission will churn out 354hp (more than a 100 horses more than the Q5), 500Nm and smashes the 100kph mark in 5.4 seconds.

Though heavier than its base model, the SQ5 still performs brilliantly around the corners, its rear-biased all-wheel drive system working in tandem with the optional adaptive air suspension and sport rear differential to better negotiate twisty roads by splitting up the engine’s torque efficiently. Its stiffer suspension will mean a firmer ride, which could get tiring if you’re used to the comforts of a sedan, but it’ll also be more responsive (read: exciting) thanks to its bigger engine. Both offer similar driving modes, but as you’d expect, the SQ5 promises more dynamic drives. Its greater handling threshold is set up for you to have more fun, especially when its stability control system is less invasive than on the Q5.

Gear
The 2019 BMW X5: All you need to know about the new, feature-packed SUV

The inside is where Audi really tries to separate the wolf from the sheep. The Q5 sees a cushy leather-swathed cabin that’s complemented by the option of high-gloss dark brown walnut wood inlays. The SQ5, on the other hand, is best enjoyed with carbon fibre trim, leather and sporty Alcantara seating. The more premium SQ5 also receives heated front seats and 12-way adjustable front seats throughout as standard. Both come with 10 Audi speakers and MMI infotainment featuring a seven-inch colour display, but the driver information display varies from a monochrome five-inch version to a coloured seven-inch one in the Q5 and SQ5 respectively.

Thanks to its smaller engine and a lower probability of you flooring it with reckless abandon, the Audi Q5 takes the lead here for fuel economy at 7.4 litres per 100km. The SQ5 on the other hand, will do the same with 8.7 litres.