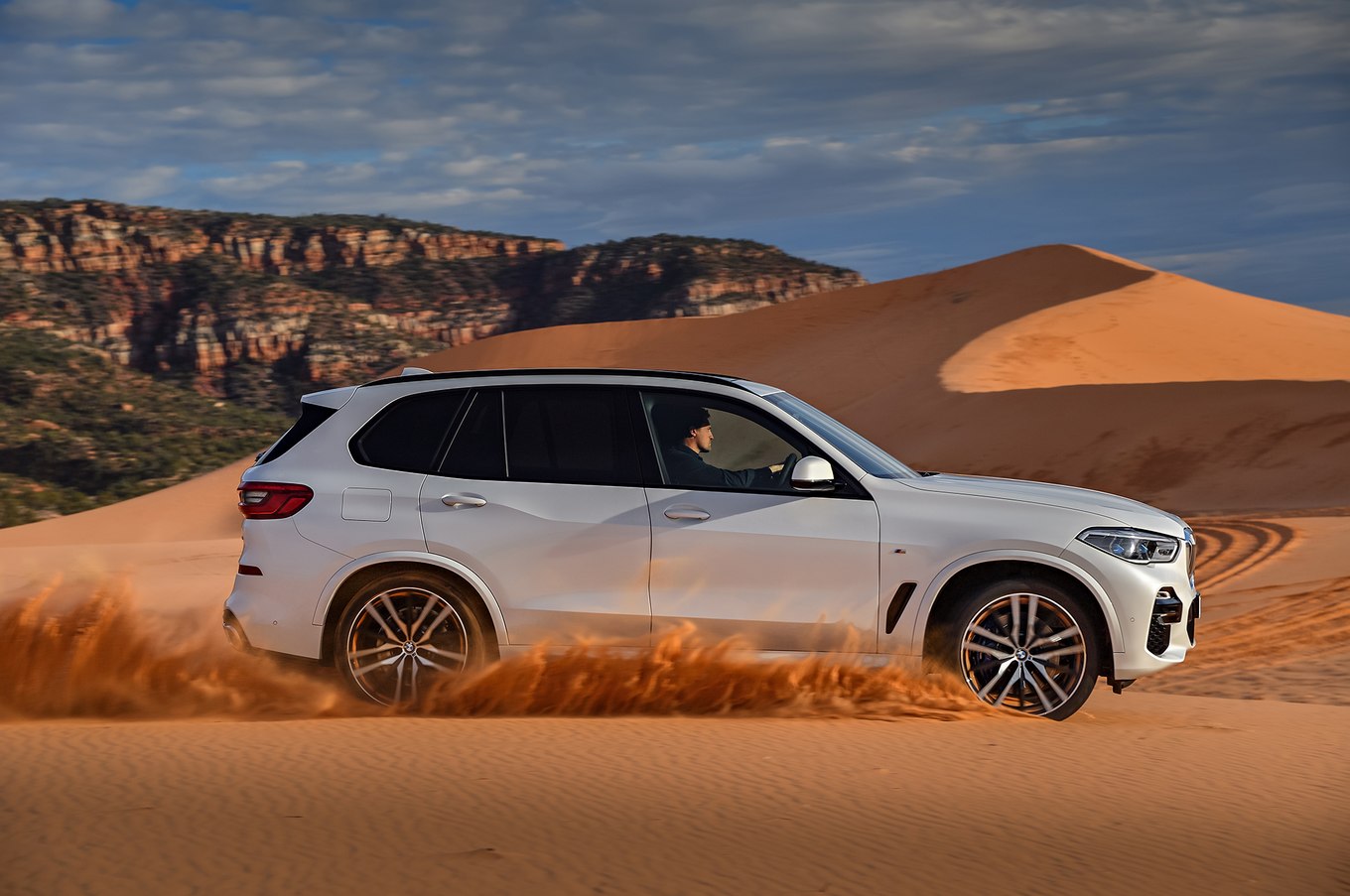 The 2019 BMW X5: All you need to know about the new, feature-packed SUV

Gear
The 2019 BMW X5: All you need to know about the new, feature-packed SUV
Share this article
Next article

The boys at BMW are at it again, only this time they’ve moved on to the SUV department for a bit of tinkering after finishing up with the almighty M5. Their latest showpiece comes hot on the wheels of Audi’s new Q8 flagship crossover, and we’re sure it won’t be long before it nips Mercedes’ GLA in the ankles too. The SUV in question is the 2019 BMW X5, a fourth-generation iteration that’s bigger in size, tech, design, and value since its last facelift in 2014.

Here’s what you need to know about this new five-seater bad boy.

In a world where bigger is better, the 2019 BMW X5 doesn’t disappoint with its amped up silhouette. An extra 1.1 inches of length, 2.6 inches of width and 1 inch of height sits atop a wheelbase that has also expanded by 1.6 inches. Obviously, this means more space for you, your passengers, and your stuff.

It’s optional, but you’ll want this party trick in your system if you’re more of a nature person. Created to make the sophisticated Beemer just as capable for the wild outdoors as it is for the therapeutic drives down to the mall, the off-roading package equips your X5 with bespoke underbody protection to prevent damage when negotiating hard obstacles.

There’s also an upgraded air suspension setup at both axles, a new rear locking differential, and special programming modes that’ll give you unprecedented access to suspension, stability and traction control. Most importantly, you’ll also get the xDrive all-wheel-drive system, and special graphics on the twin interior screens that’ll keep you updated on your drive.

You’ll have to squint to spot the differences, but they all contribute towards giving the 2019 BMW X5 a lot more presence, even while wearing BMW’s new “pared-back” design language. Still, the bigger SUV manages to look more muscular — despite retaining its basic proportions — thanks to a larger “twin-kidney” grille and more aggressive front-end styling. Rounded tail lights break the L-shaped tradition that’s defined Beemers for a while now, and a lower wheelbase gives the illusion of a crouching stance.

Keeping up with the tech game

Mercedes and Audi have been pretty aggressive when it comes to improving the driving experience on the tech front, and it’s about time BMW’s famous crossover did the same too. The Standard Active Driving Assistant will equip you with the pretty usual forward-collision and blind-spot warning, as well as low-speed automatic emergency braking — amongst many other functions.

Then there’s the Traffic Jam Assist and Lane Keeping Assistant for more hands-off driving time allowance, alongside the new Evasion Aid, which helps the car change lanes quickly if a vehicle in front brakes aggressively. An Emergency Stop Assistant acts like a treadmill safety key; designed for when a driver becomes incapacitated due to a medical emergency. In cases like this, the electric parking brake switch will help the X5 stop safely, pulling it to the side of the road while turning on the hazard warning lights.

BMW will also see its new interior design direction manifest within the X5, most noticeably on the Swarovski crystal shifter, and its accompanying crystals in the 7th-generation iDrive infotainment controller dial. The two high-definition 12.3-inch screens are outfitted as standard, replacing the previous analog gauge instrument cluster and iDrive 5.0 centre screen. Here, you’ll control everything, from sat-nav to the other fancy in-car functions, such as ambient and contour lights.

An optional panoramic roof that’s 30 percent larger can be embedded with lights to mimic a starry night sky, while you kick back in your ventilated massaging front seat, jiving to beats from the Bowers & Wilkins audio system.

The best part? The cupholders can keep your beverages ice-cool all through the blisteringly hot afternoon.

So what drives it?

The newly redesigned 2019 BMW X5 will arrive in xDrive40i and xDrive50i variations. The former uses the same engine as the previous generation, its 3.0-litre inline six producing 335hp that’s good for completing the century sprint in 5.3 seconds. The latter is powered by a new 456hp 4.4-litre twin-turbocharged V8, which does the same run in 4.6 seconds.

Both are equipped with an updated eight-speed automatic transmission with enhanced fuel efficiency capabilities. An X5 M is somewhere on the horizon, and on the other end of the spectrum, eco maniacs can expect a plug-in hybrid version come 2020.