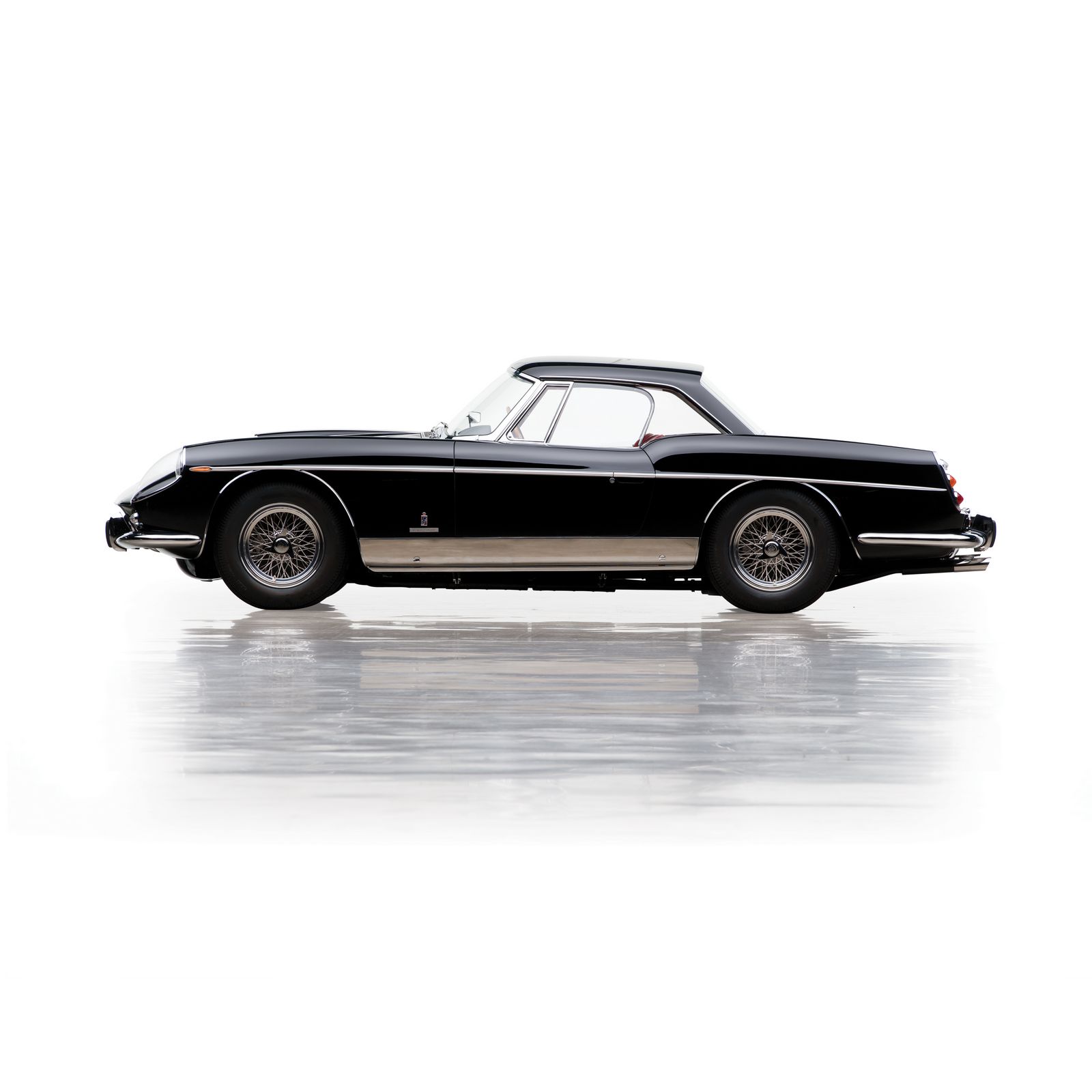 5 of our favourite coachbuilder mash-ups

Back when monarchs and aristocrats still used horses to get around, not any ol’ carriage would cut it for them, and so they had them built specially. This elaborate practice never ceased; coach building houses began popping up all over Europe — especially in the UK, Italy and Germany — where they would build custom bodies for the chassis of luxury carmakers the likes of Bugatti, Bentley and Rolls Royce. If you had the good fortune of purchasing a car back when the motoring industry started to boom, you would’ve had a choice between buying an off-the-peg vehicle, or buying a rolling chassis from a manufacturer, and then choosing a coach builder to complete the body.

While the days of horses and carriages are long gone, this demand for hand-built luxury is still very much alive. Some coachbuilders choose to work exclusively with a carmaker — think Mulliner and Bentley — while some like Pininfarina and Ferrari continue a close working relationship throughout the years. Either way, coachbuilding houses only have three goals in mind: to make a new breed of road rockets that are menacing both inside and out. Here are five of our favourites. 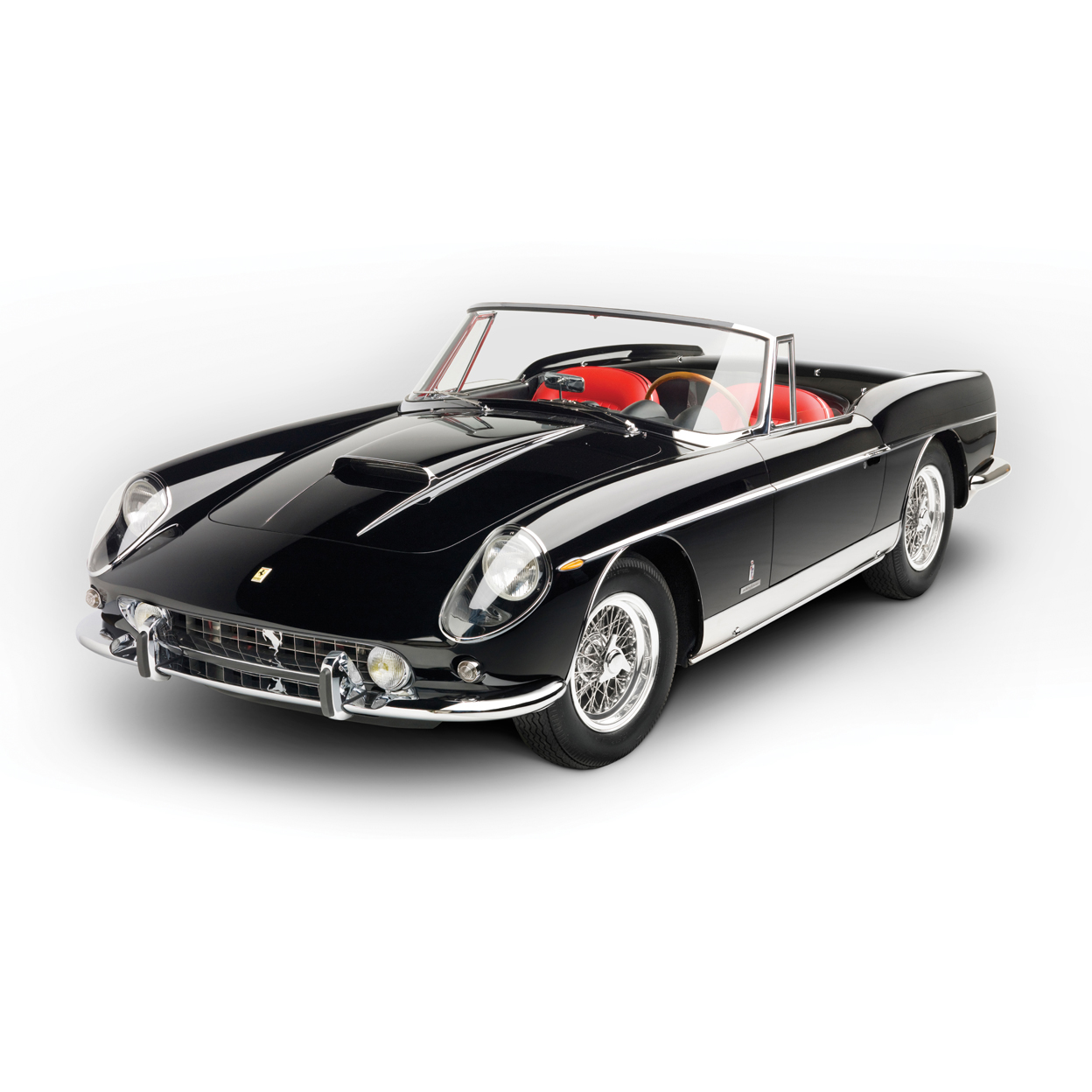 As successor to the 410 Superamerica, the 400 Superamerica was the equivalent of the Bugatti Veyron of its day. It was a car of extremes: super expensive, exceedingly rare and its selling price was astronomical. While 47 examples were made, only seven were bodied by Pininfarina, so calling it highly prized would be an understatement. This particular example, however, was  destined to be the most valuable of them all. Sporting the chassis number 3309 SA, the grand tourer is a convertible with a removable hard top and is the only one with the covered headlights that were so coveted on California Spyders. Extra brightwork is also abundant — attractive wide stainless steel panels and chrome trimming complete the look. Inside, a single overhead camshaft V12 engine with triple dual-throat Weber 40DCZ6 carburettors power all 340hp of the car.

More than five decades later, the car’s value remains vaguely unattainable — evident from the USD7.65 million price tag it fetched when it went under the hammer in 2015. Powered by a Ferrari V12, the Gatto is a baby four years in the making between car enthusiast Bill Grimsley and Moal Coachbuilders. With its gaping concave grille and roof bubbles, the bright blue coupe hints at hallmarks of Maserati and Zagato respectively, yet it was entirely made at Moal’s homebase back in sunny California.

Inside this hot rod sits a V12 engine, rebuilt from a 1963 Ferrari 250 GTE to the specifications of a Ferrari GTO model. Thanks to a new set of byliner heads and carburetors, the powertrain now delivers 60 more horsepower to make 300. This car might look like a century-old piece of motoring art, but its craftsmanship and technicality are a fine testament to modern day coachbuilding. 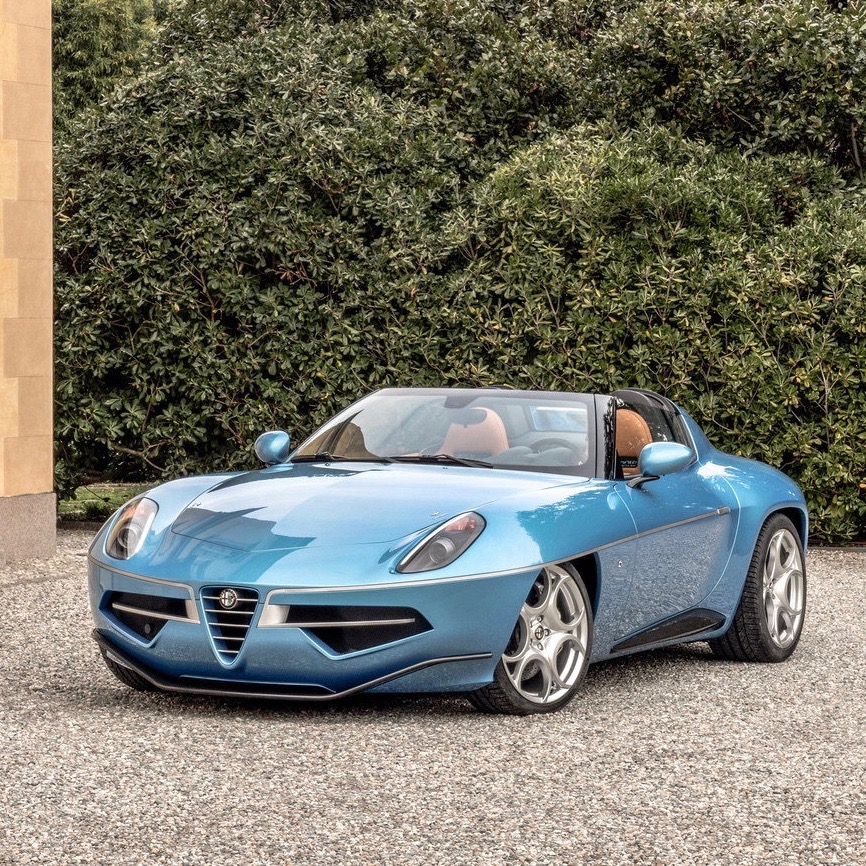 In a limited run of seven units, it’s highly unlikely you’ll see the this car on the roads anytime soon too. Inspired by the 1952 Alfa Romeo C52, the Disco Volante (Italian for ‘Flying Saucer) is equal parts striking and outlandish with the same streamlined contours and long-nose-short-deck formula.

Based on the Alfa Romeo 8C Spider, this car is more of a targa with the flying buttresses behind the seats. It also uses two lift-out carbon fibre roof sections, so a little manual labour will be required to stow the roof. Inside, a 4.7-litre V8 engine brings the Italian masterpiece to life, with a little help from Touring. Bespoke carbon windscreen and roll bars were specially computer rendered to compliment the torsional rigidity while giving the car more stability. 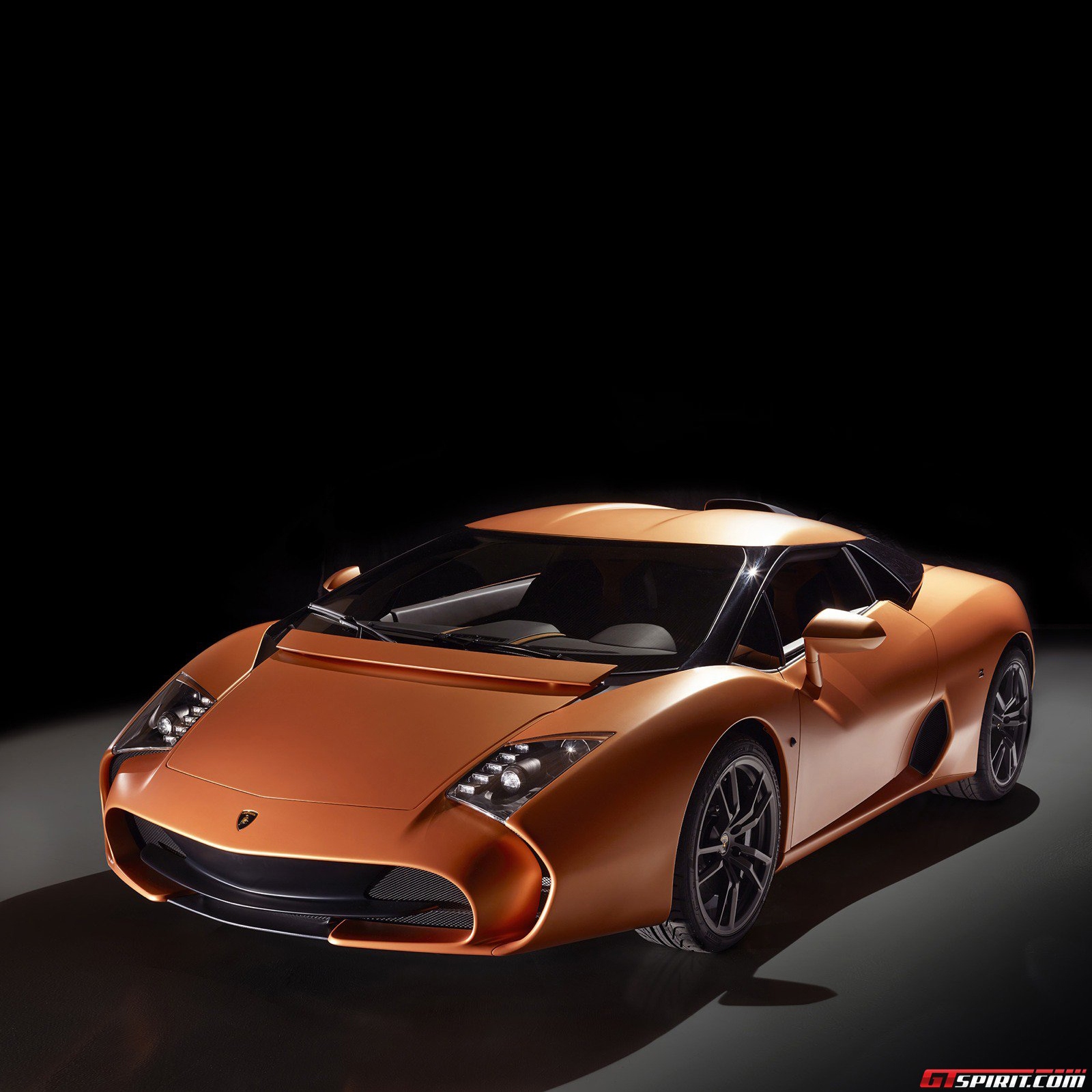 First, let’s get its name out of the way. The number was derived from Zagato’s 95th anniversary in 2014, and to celebrate this milestone, wanted to hook up with Lamborghini to create one of the most covetable Gallardo collector’s could get their hands on.

It might not look like it, but deep down inside, this four-wheel drive car is based on the LP570-4, so its 5.2-litre V10 still produces 570hp with a maximum speed of 202mph (325kph) and it’ll still hit 100kph in 3.4 seconds. It’s body, however, is where Zagato really made its mark; the mouth is now more open, the car hunches forward and there’s a double bubble roof. 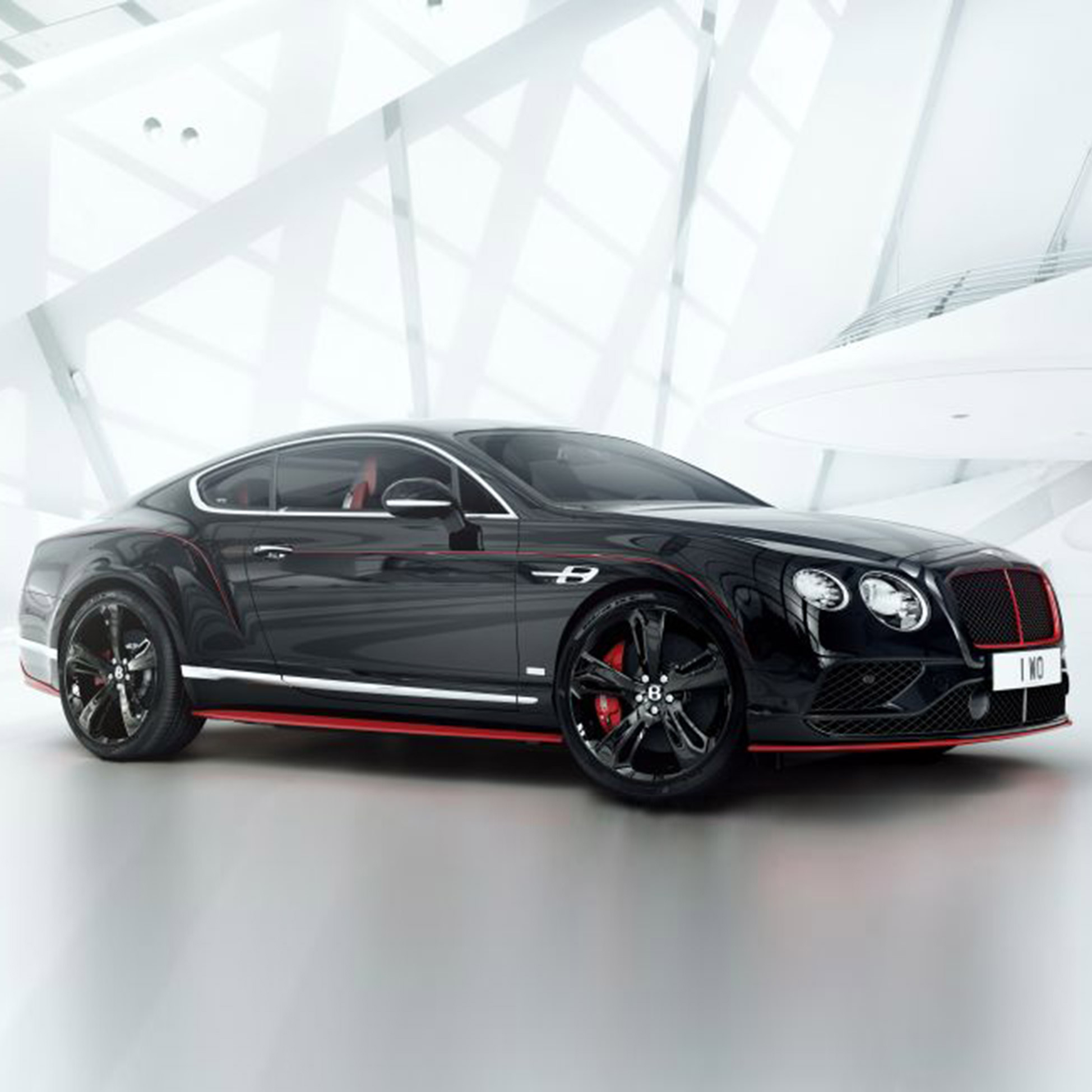 The Australians and Kiwis asked, and so they got the Continental of their dreams — a more aggressive iteration created specially for the two markets. As its names suggests, the car is really quite dark. Racy additions such as tinted headlights and taillights, black alloy wheels and deep black paint are punctuated by red accents. Inside, the colour theme continues, from the seats to the dashboard. Even the Breitling clock isn’t spared.

But Mulliner didn’t just create a pretty car. Inside, it’s usual V8 engine is replaced by the beastly W12 engine that brings more than 600hp of power to the table, so it performs just as you would’ve expected it to.