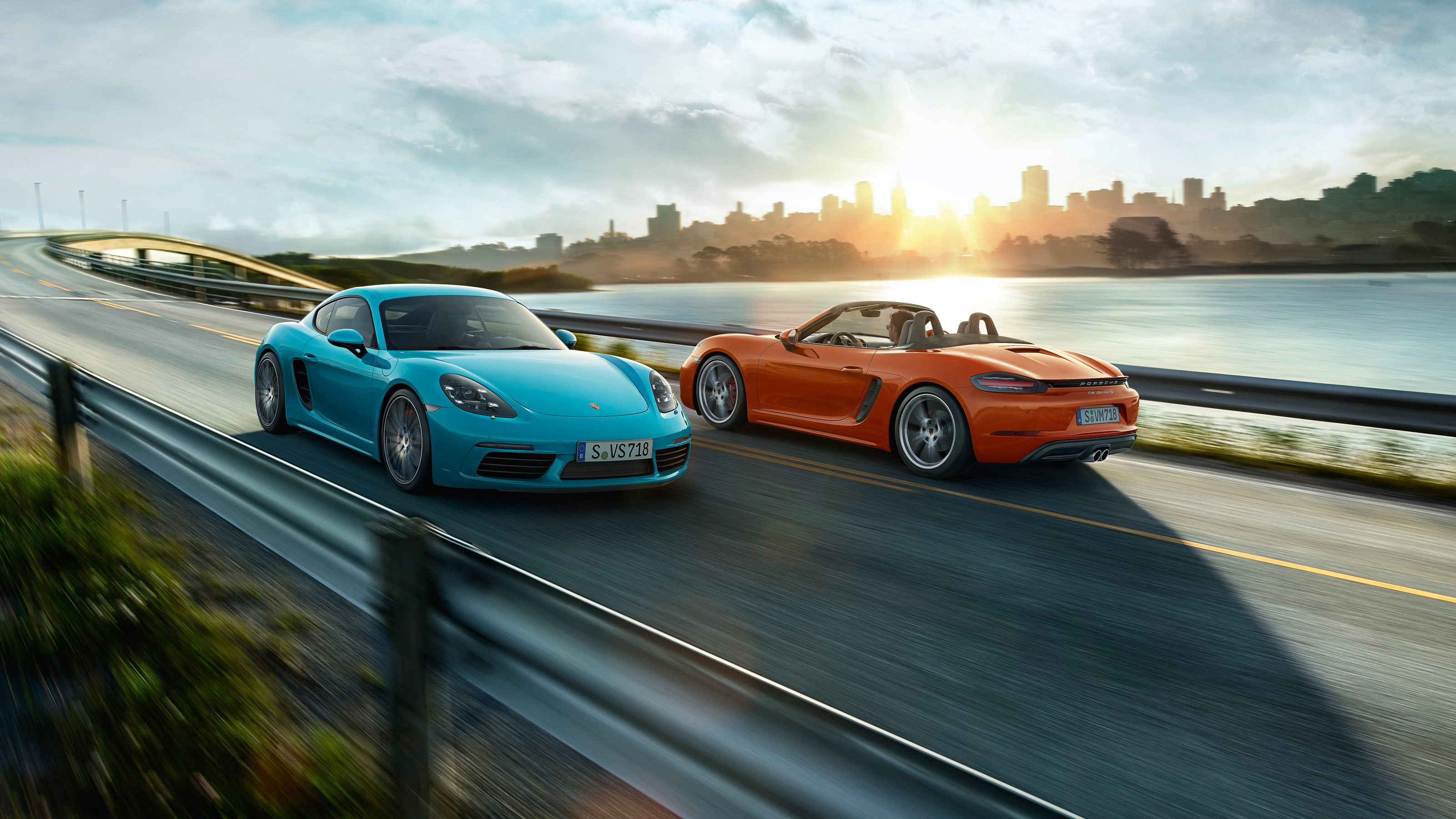 The car industry is a never-ending evolution, and only the strongest and fittest survive. While some dish out brand new models, some take the lid off their well-loved icons and the rest just make their current ones even better. The week has been a busy one for the automotive world, and we know it can be hard to keep up. From the very sporty Porsche 718 Cayman to Range Rover’s first convertible SUV, here are five new luxury cars that you should get acquainted with now. Like the Boxster earlier this year, the Cayman also receives the 718 treatment. We’re not all surprised; the 718 is a car that took countless pole positions in the ‘60s, and the all-new 718 Cayman is set to continue the four-cylinder concept and history of race cars under the distinguished marque. Together with the new flat-four turbos, a power output of 300hp is transferred to asphalt via the six-speed manual transmission. Outside, it pays tribute to its sporty roots via new accent strip in high-gloss black creates the illusion of a wider rear. A newly-designed instrument panel and dashboard is also part of the package, as with the new sports steering wheel which you might recognise from the 918 Spyder. It seems that Ettore Bugatti might have prophesied the Bentley Bentayga when he called the Bentley racing car “the world’s fastest truck”. Nine decades later, Bentley really did create a 2.4-tonne SUV with a top speed of 301kph under its belt. Don’t let its sophisticated appearance fool you, this new Bentayga is fully capable of being an obnoxious beast. This is a Bentley that’s ready to get dirty, after all. Its all-new 6.0-litre W12 engine is 30kg lighter than before, but muscles out 600hp and charges to 100kph in only four seconds. Additional vehicle settings for off-roading and an exemplary suspension system means you can now hit the gravel, mud, snow and sand dunes fearlessly — but with class, of course. The BMW 5-Series returns after some serious weight loss, so expect it to also be quicker than before. After shedding 100kg — thanks to the BMW EfficientLightweight design concept which uses more aluminium, high-strength steel and magnesium — the seventh-generation 5-Series borrows styling cues and technology from the larger 7-Series. The exterior is slightly tweaked, now with ‘full-width’ headlights and larger kidney grilles. There’ll be a wide range of turbocharged options, but the quickest M550i xDrive version sees a 4.4-litre twin-turbo V8 that pushes 456hp and gets to 100kph in four seconds. This is also a car that will park itself for you, as long as you check the Remote Control Parking option. Now that we’re not at the mercy of scorching summer heat, Mercedes couldn’t have launched its new cabriolet at a better time. And the German automobile manufacturer really wants you to put its top down; features such as a special sun-reflecting seat leather, wind-deflector behind the rear seat and Airscarf vent in the seat’s backrest ensure your ride is more comfortable and less hair-all-over-your-face annoying. As the first soft-top based on the C-Class coupe, the top of the range sees the all-wheel-drive, twin-turbocharged V8 Mercedes-AMG C63 and C63S. Inside, expect the same upscale design and materials Mercedes has come to be known for. 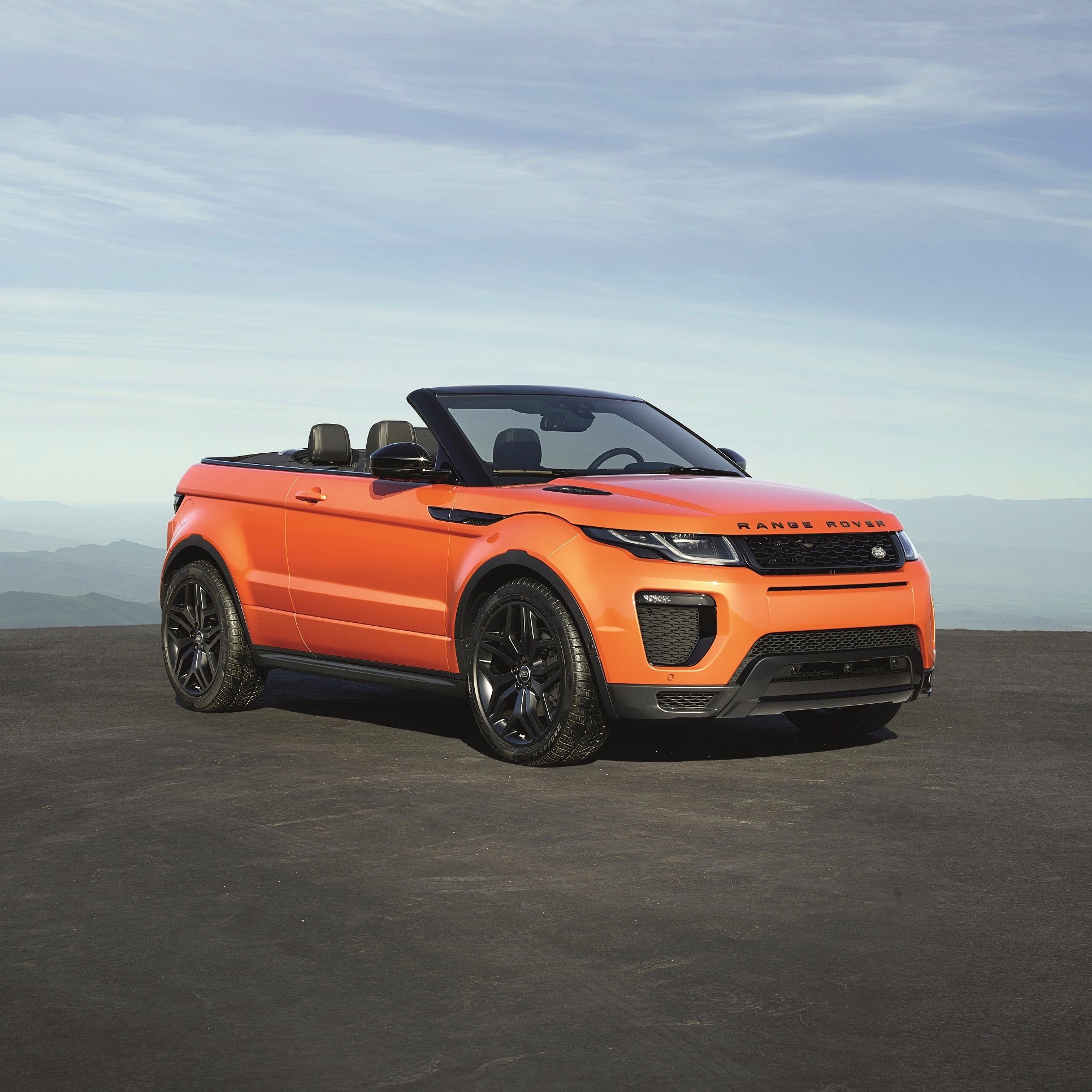 The Range Rover Evoque Convertible is quite a sight to behold. This is the world’s first compact SUV convertible and its looks will take slightly more than a little while to get used to. As Range Rover’s first ever convertible baby in the family of tough all-terrain machines, the Evoque convertible sees a fabric roof that lays flush with the rear bodywork when lowered for a sleek, uncluttered appearance. Inside the topless off-roader lies a cabin with an upgraded high-resolution 10.2-inch touchscreen with the next generation InControl Touch Pro, complete with typical Range Rover features such as the Roll-Over Protection Device —which deploys hidden roll-over bars in case of a roll-over situation — and all-terrain capabilities on par with its hard-top brethren and coupes.