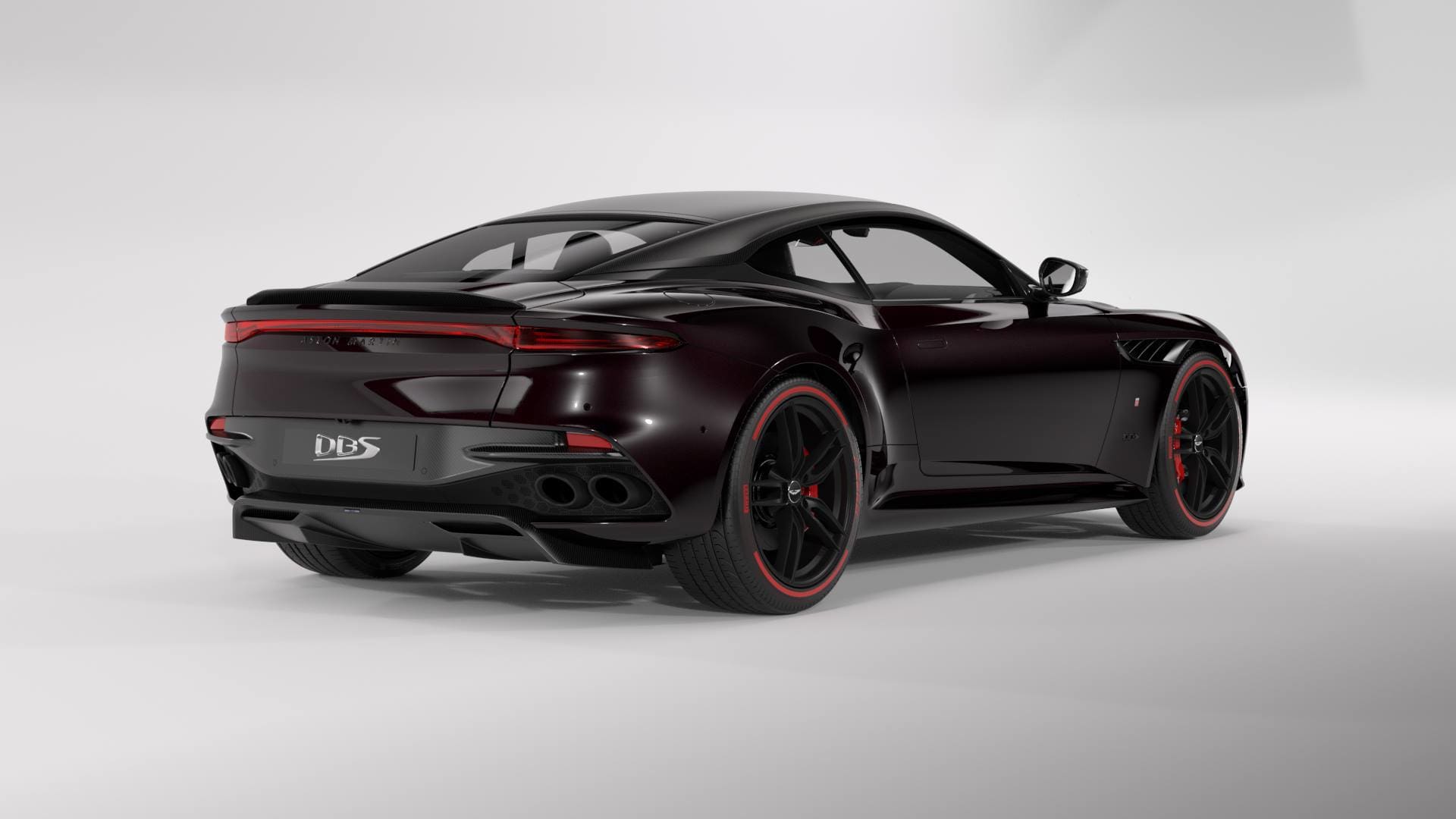 It isn’t often that car manufacturers and horological giants get together for special editions, but few go so far as to create both a car and a timepiece worth calling your financier for. As official partners and to commemorate a comeback to the World Endurance Championship, Aston Martin Racing and TAG Heuer have announced two special chronograph watches to go with a limited edition DBS Superleggera.

Known as the very mouthy Aston Martin DBS Superleggera TAG Heuer Edition, the car is easily the marque’s stealthiest ride ever, with a special Monaco Black paint that engulfs the exterior with an air of devil-may-care cool. If black wasn’t your auspicious colour this year, you’re going to have to move on — this is the only livery available for the 50-example limited edition car.

In strategically emphasising the car’s sporty nature, the car’s murdered out facade is contrasted by red brake callipers complementing Pirelli Colour Edition Tires, but it is really the red stitching in the black cabin that really drive the point home.

This is inarguably the sleekest variation a DBS Superleggera can come in, but the visual pizzazz is only outshone by the standard twin-turbo 5.2-litre V12 you’ll find under the hood. On a straight, it’ll pounce to 100kph in 3.4 seconds, and then max out at 340kph — frankly, we didn’t expect anything less from the punchy rear-wheel-drive GT. To accompany your ride are two equally racy chronographs by TAG Heuer. The 45mm automatic Carrera Heuer 01 is heavily inspired by James Bond’s favourite sports cars, with geometric details that go beyond the steel case to also influence a hexagonal pattern on the movement. Even the lugs take cues from Aston Martin’s svelte bodywork.

Meanwhile, the sportier quartz-powered Formula 1 chronograph adopts Aston Martin Racing’s “lime essence” highlights throughout the otherwise blacked-out timepiece. It’s available in a slightly smaller 43mm, and crafted from a stainless steel case with a matte black aluminium ring for a sense of rugged functionality. Interestingly, TAG Heuer will offer a bespoke black leather strap with the watch — the first time it has done so for a Formula 1 timepiece.