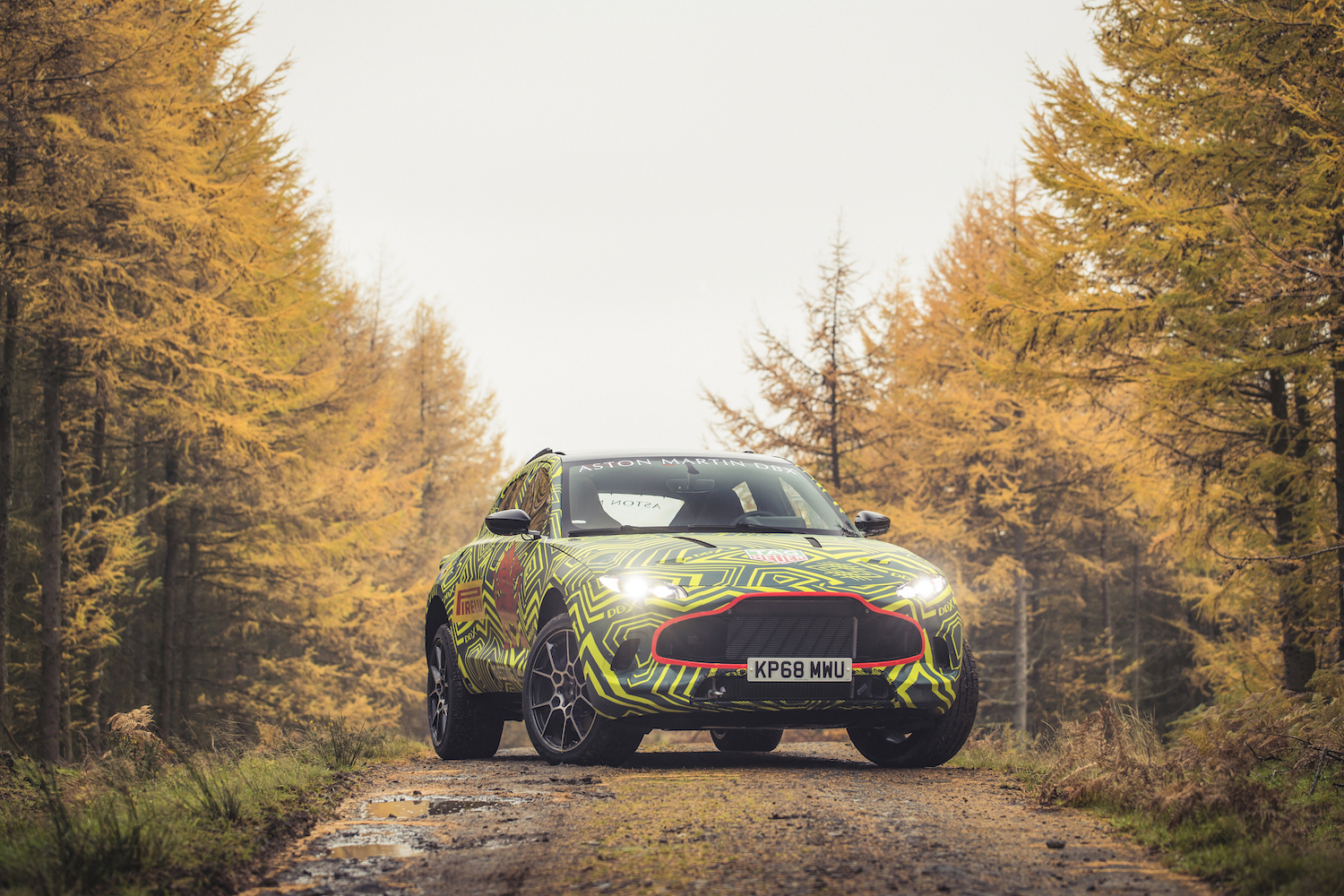 If you’ve ever wondered what any Aston Martin would look like as a beefier, more practical version of itself, the DBX is here to answer your question. The Wales-manufactured SUV is a belated foray into a segment that’s been well milked by everyone — from storied off-roading names such as Range Rover to ludicrous new contenders such as Lamborghini — so there is stiff competition already waiting.

But Aston Martin isn’t content with just being known as James Bond’s choice of supercars. It’s been a long time coming since the firm first signalled its intentions in March 2015 with the unveiling of its concept, but now that the SUV is well on its way to local shores — on 20 November, to be exact — there are plenty of questions surrounding Aston’s first high-riding model. Here’s what we know so far. 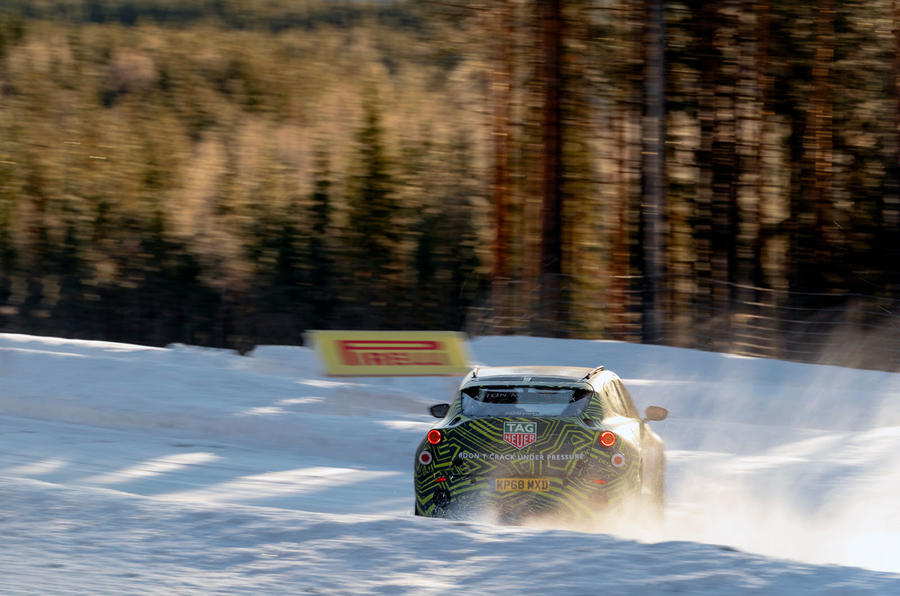 1
Outfitted with a DB11 engine

It was only natural for Aston Martin to tap into AMG’s pool of very throaty engines for this one. The same 4.0-litre twin-turbocharged V8 that’s in the DB11 and Vantage will also be used to the DBX, except even more juice has been squeezed out of it. Instead of the usual 500hp in the other sports cars, the DBX’s V8 will make 542hp and 700Nm of torque.

For ardent fans who only insist on pure British ingenuity, the DBX will reportedly receive Aston Martin’s own twin-turbo 5.2-litre V12 later on. It’s currently used in the DB11 grand tourer and can manage 630hp with 700Nm in the punchier AMR version. The eco warriors aren’t left out; CEO Andy Palmer has stated plans to hybridise the SUV at some point. 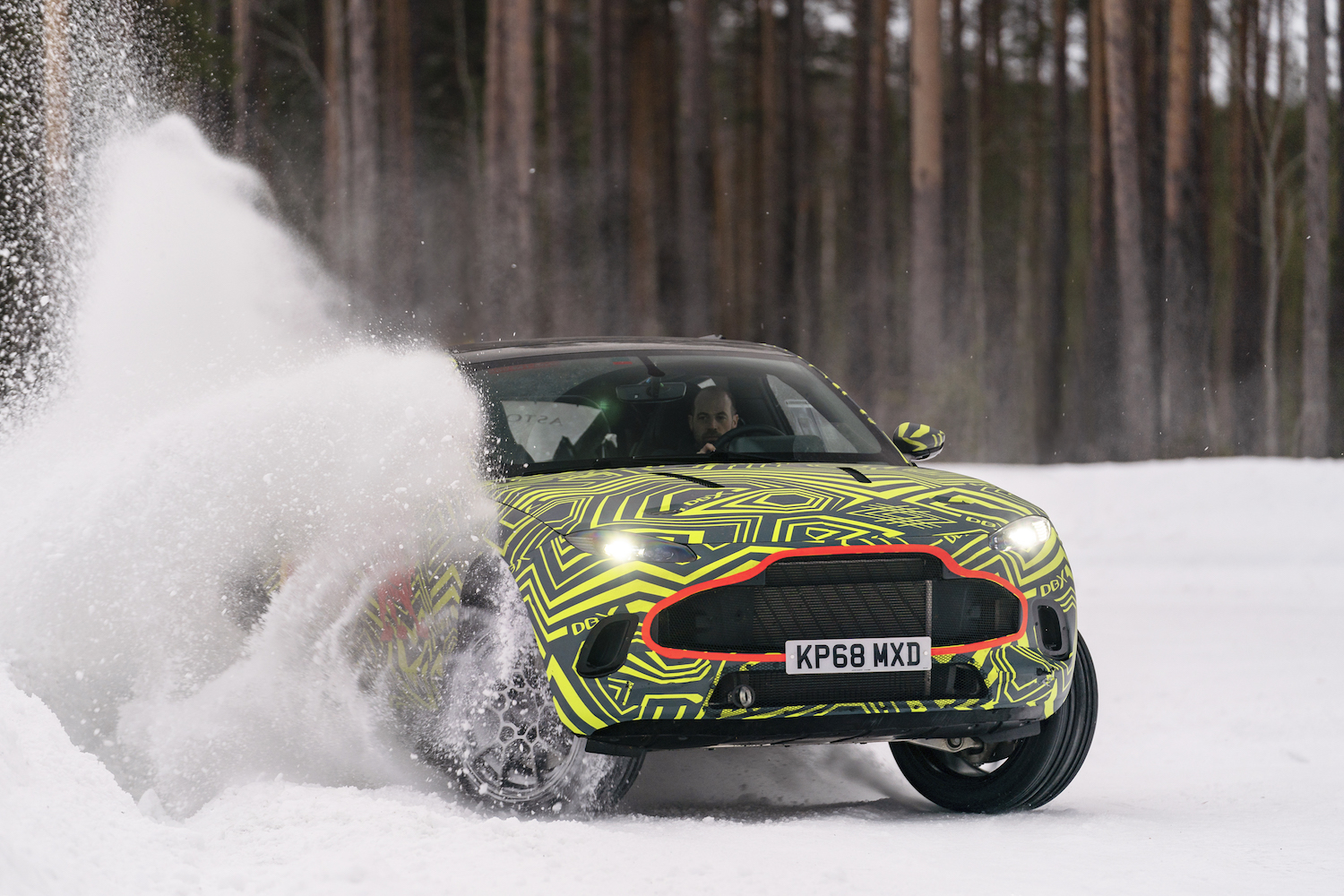 Aston Martin promises that the fact that the DBX is a hulking SUV doesn’t mean that it’ll be slow. Neither 0-100kph nor top speed times have been released, but the firm has claimed exceeding 290kph during tests, and repeated sub-eight-minute lap times at the Nürburgring.

Even its braking figures have been promised to be greater than the DBS Superleggera, while cornering speeds are on par with the Vantage. 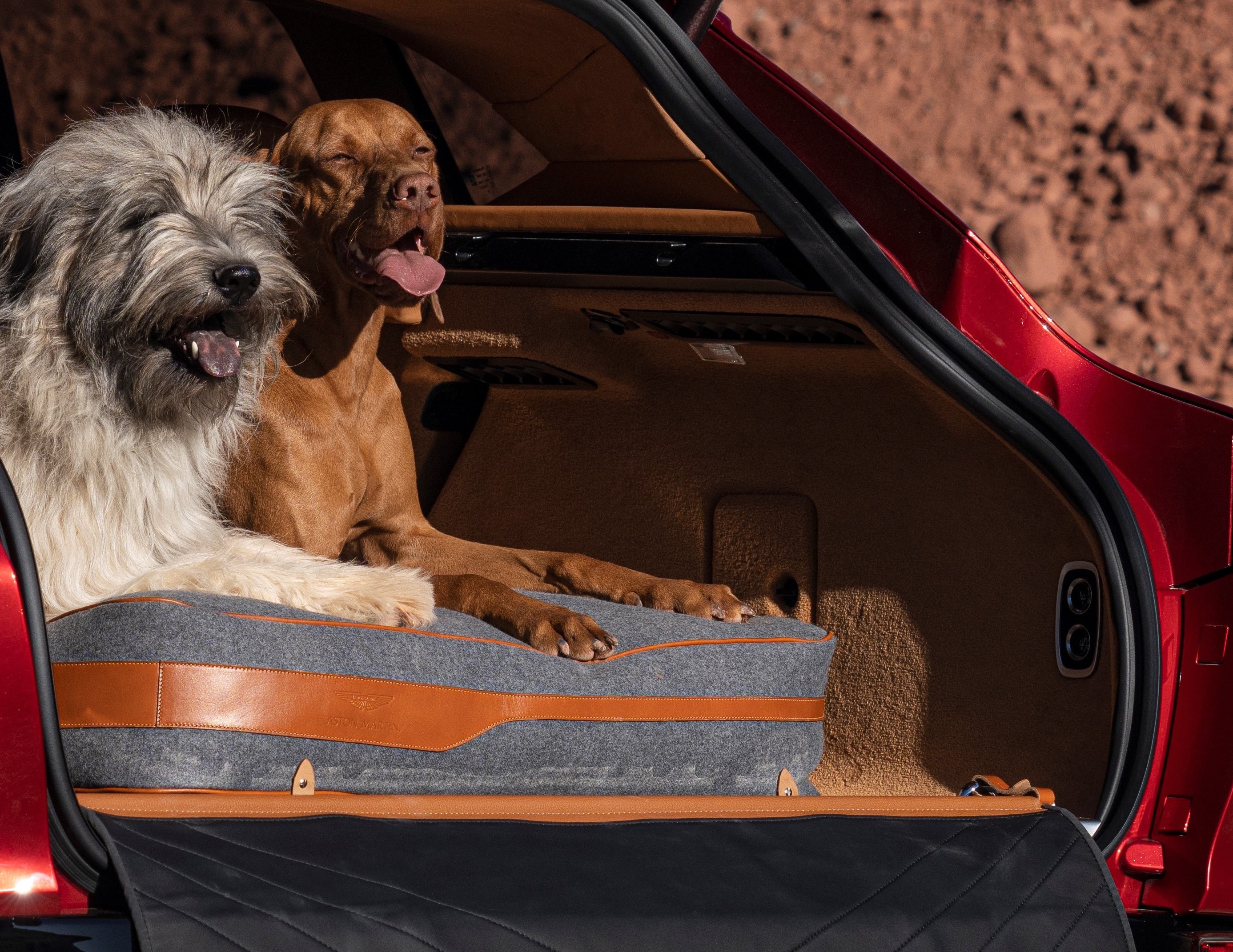 Owning an Aston Martin should be an exclusive experience in itself, but sometimes that’s just not enough. Which is why its Gaydon headquarters have dreamt up 11 optional accessory packages that are aimed at very specific needs of drivers, passengers, and furry friends.

The Snow Pack is designed for winter-sport enthusiasts, and comes with a ski bag, roof rack, and tire chains for snow. A trunk warmer also keeps ski apparel toasty on the drive to the slopes. The Touring Pack, on the other hand, is for those who fancy long road trips, and comprises of spiffy saddle bags for the cabin, up to six pieces of Aston Martin-trimmed luggage and front under-seat stowage.

Those who don’t like travelling with people can opt for the Pet Pack for their four-legged companions. The option provides a cabin partition between the front and rear, a bumper protector to keep paint intact, and a portable washer spray after that inevitable mud party. 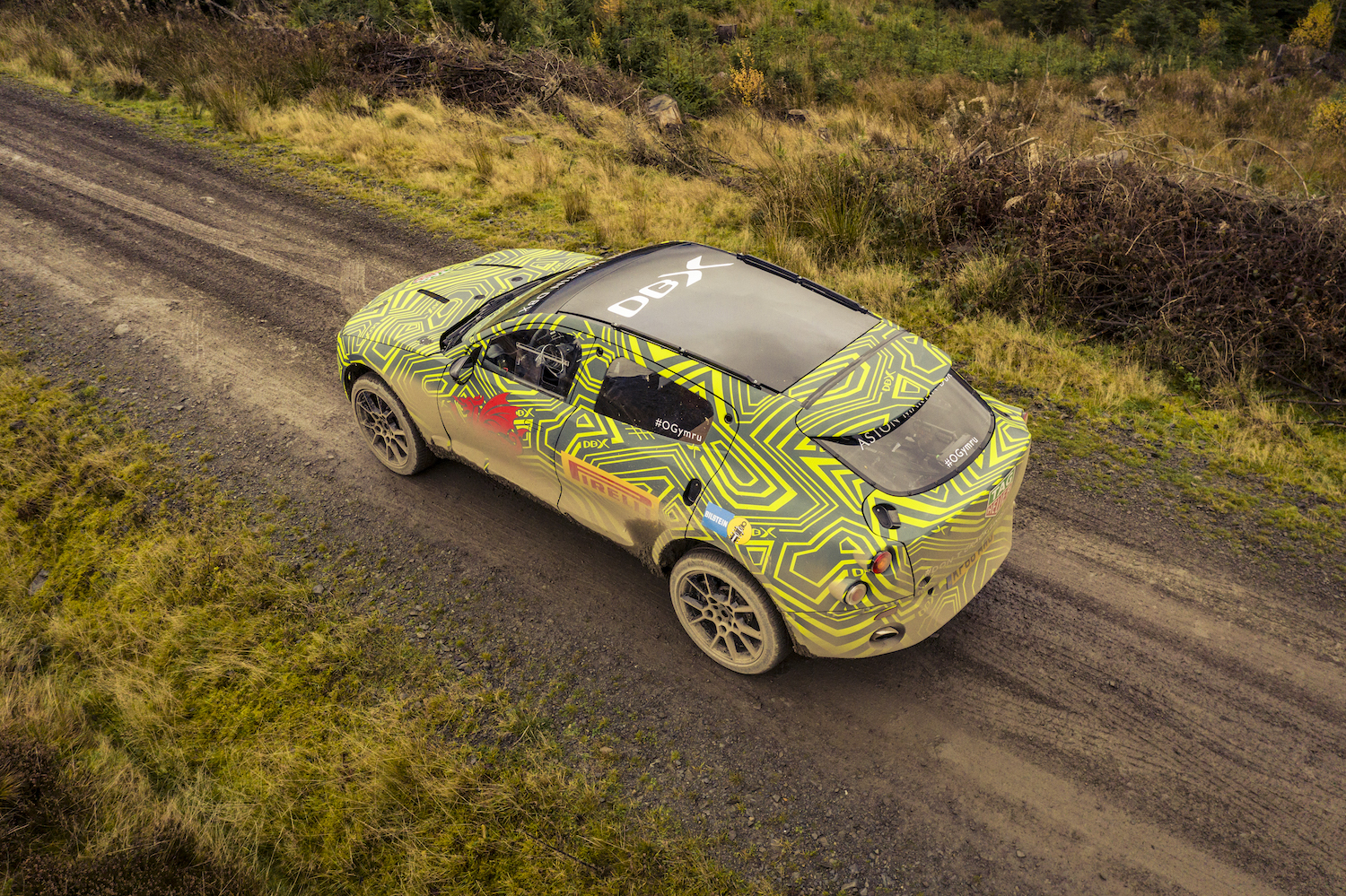 With 632 litres of rear loadspace, the DBX has a significant advantage over rivals such as the Bentley Bentayga (590 litres if you retract the load cover). There might also be a drift mode courtesy of its rear-biased all-wheel-drive system, which is useful for taking on turns with absolute flair.

With a more conventional five-door layout instead of the sleeker three-door design that was first proposed with its concept version, the DBX will also be an easier car for families. 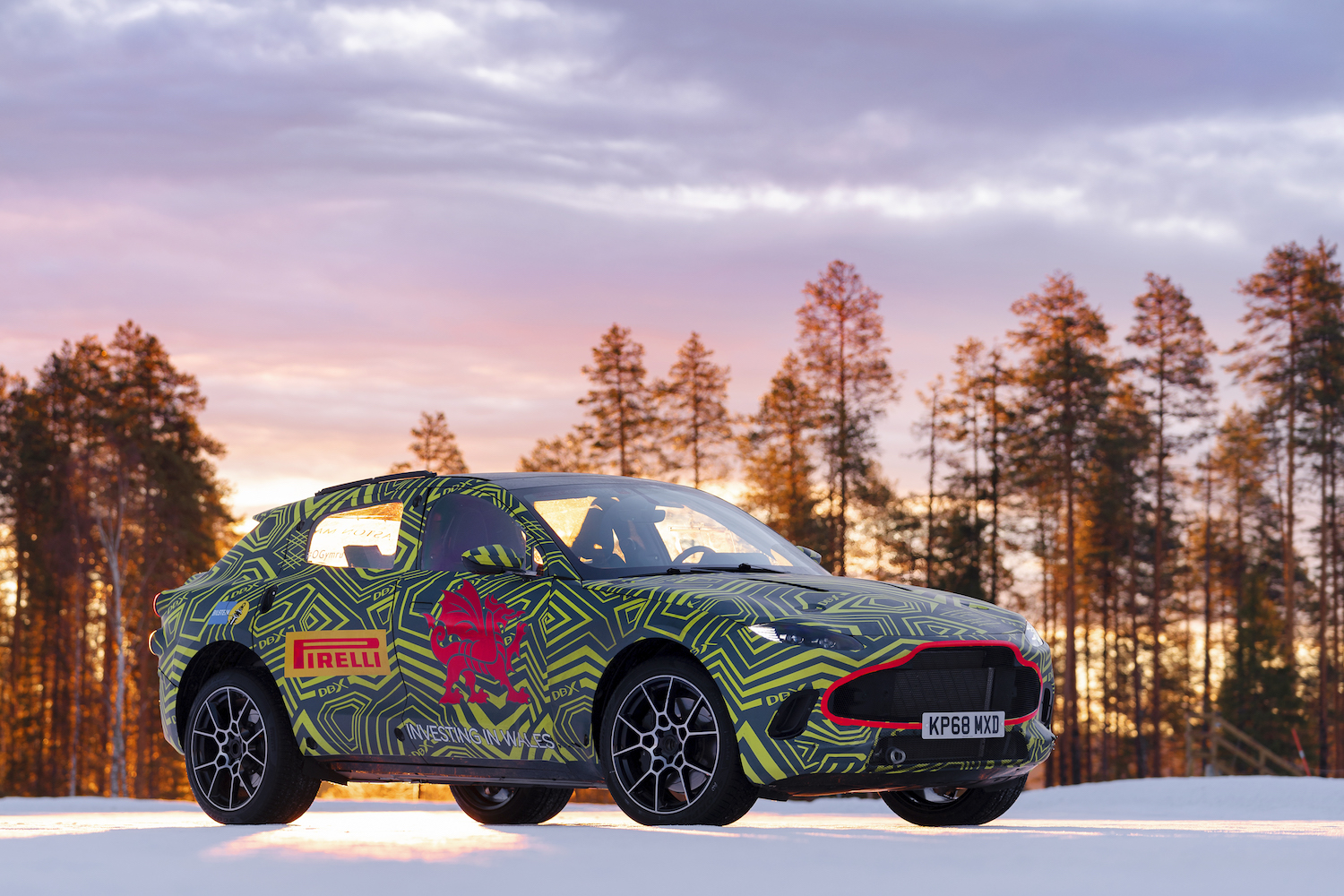 The DBX is the first Aston Martin to undergo a dedicated test programme, and it’s all to ensure Aston Martin’s signature on-road dynamism is retained without losing off-road credibility. It is, after all, an SUV. Besides usual testing spots like the Nürburgring, it’s also been taken to extreme destinations like the Arctic Circle and deserts in the Middle East to ensure it doesn’t crack under pressure.

Aston Martin Motoring SUV Luxury SUV
Shatricia Nair
Managing Editor
Shatricia Nair is a motoring, watches, and wellness writer who is perpetually knee-deep in the world of V8s, tourbillons, and the latest fitness trends. She is fuelled by peanut butter and three cups of coffee a day.
Motoring Wellness Watches Beauty Style