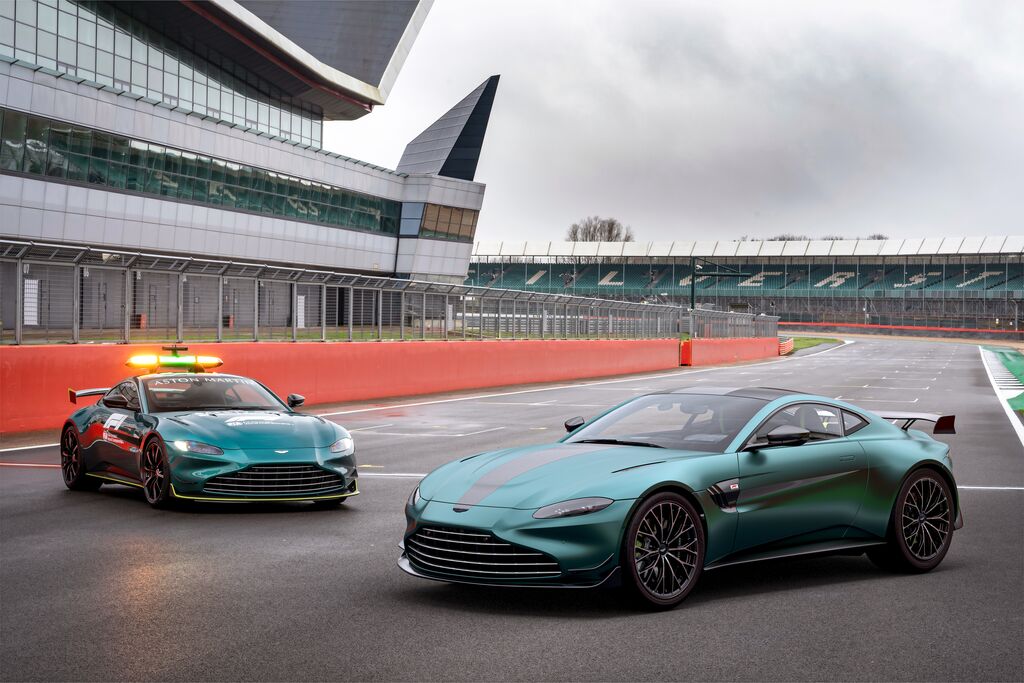 Will this year’s Formula 1 be exciting, I hear you ask?

To this we say a resounding yes, not because last year’s was predictably dull in comparison but because there will be plenty to look forward to on the tracks in 2021.

The inaugural edition of the Saudi Arabian Grand Prix, for example will take place on the Jeddah Street Circuit as the second full night race after Singapore’s, while Renault has changed guises for 2021 to be named Alpine, with two-time champion Fernando Alonso back behind the wheel after two seasons out of the sport.

Yet the most radical shake-up award goes to Aston Martin, who not only returns to the race as a Formula 1 team for the first time since 1960, but also receives the hallowed responsibility of being the official safety car.

This triumphant return, as you can imagine, is not without celebration. Besides new cars on the grid, the manufacturer has also unveiled a new road-going sports car that’s inspired by the safety car through and through. 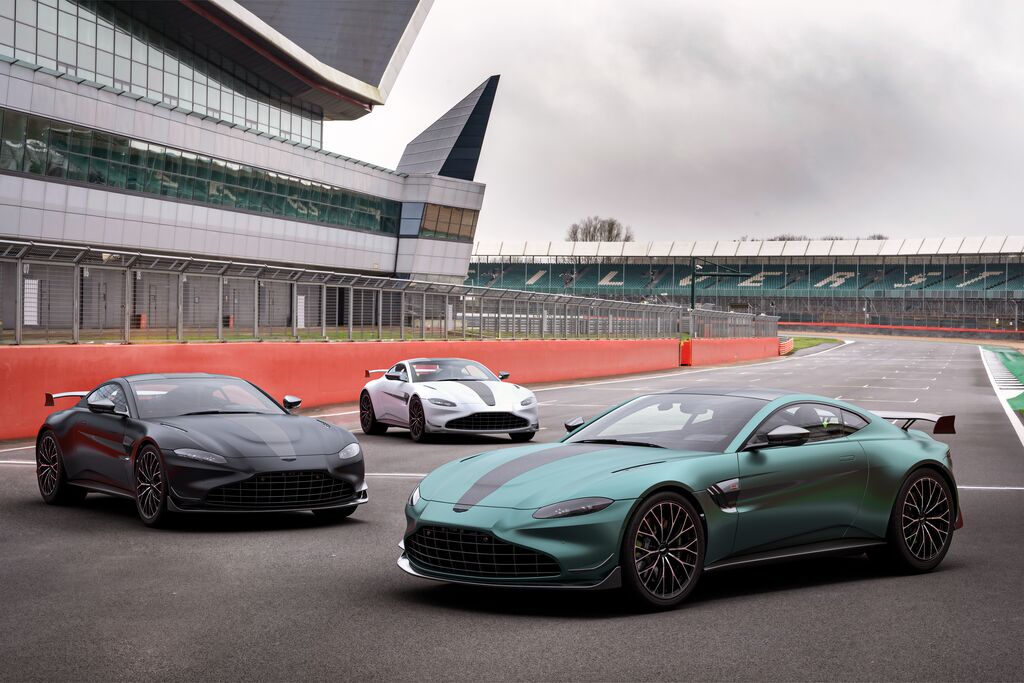 Called the F1 Edition, this exclusive ride — while not an exact replica — will see plenty of similarities that’ll tantalise fans of both the brand and sport. On the outside, the street-legal version will sport the same Racing Green as its race car and safety car, although Jet Black and Lunar White will also be available for those trying to be more discreet. Whichever you choose, the paint job will see an optional matte Dark Grey racing graphic down the middle, which draws the eye to other exciting and athletic touches like the vaned grille, carbon fibre bits, 21-inch Satin Black wheels, and quad exhausts. 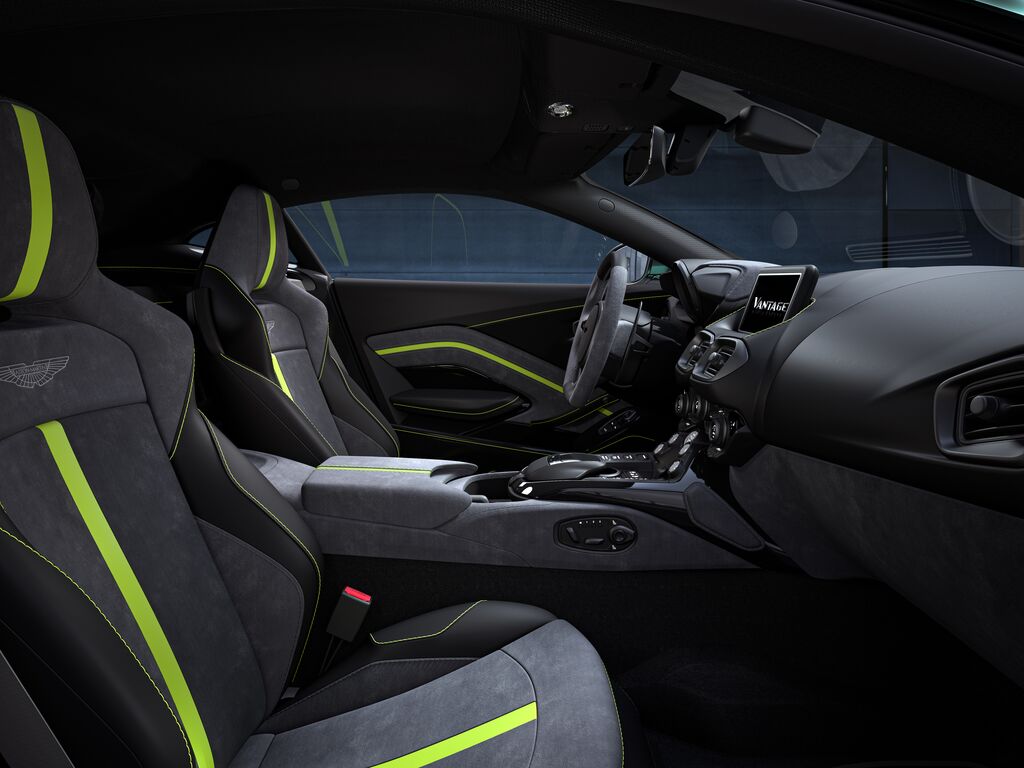 You won’t, however get a roll cage inside. Unlike Bernd Maylander new utility-driven company car, the inside of this car is well-appointed with luxurious touches instead like the new Phantom Grey Alcantara trim or Obsidian Black leather. Because the British marque is big on individuality, you may personalise your interiors with Lime Green, Spicy Red, Wolf Grey or Obsidian Black accents and contrast stitching. Everything else remains true to the safety car that will tear down the tracks in the coming year — except the light bar, of course. 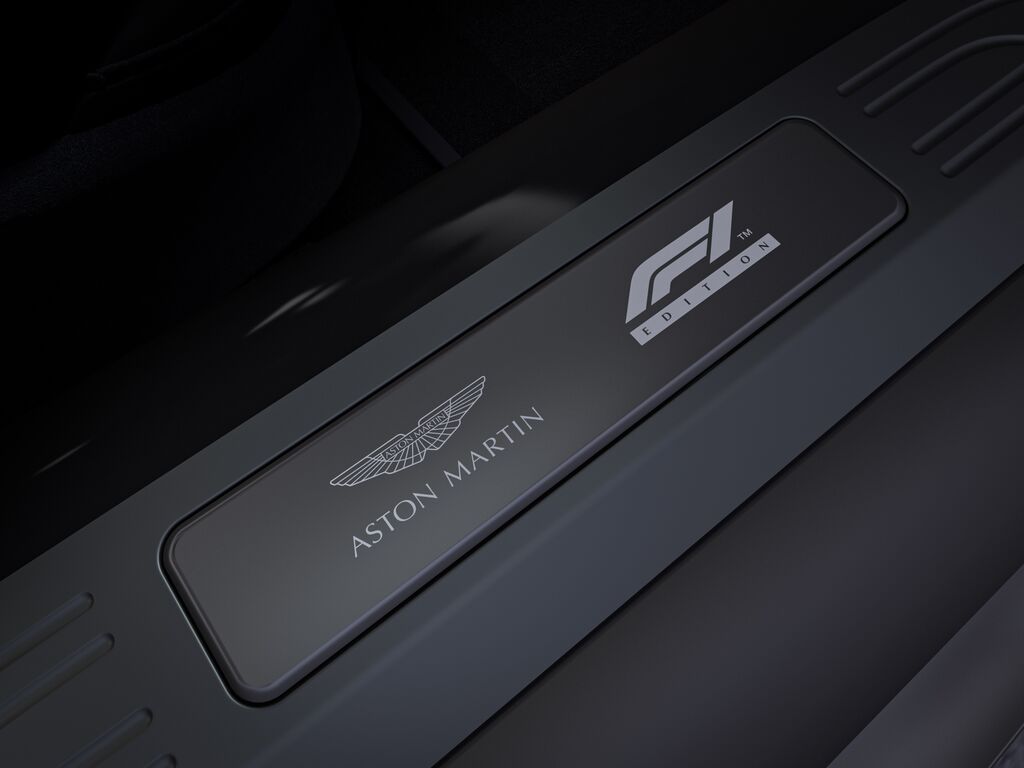 Inside is where this Vantage differs from your regular ones the most. Under the hood, Aston Martin cranked up the 4.0-litre turbocharged V8 to squeeze another 24hp, out of it, bringing the total to 527hp. All this is mated to an eight-speed automatic transmission that directs power to the rear. Revised suspension and new dampers also promise better control and handling, whether you’re on the tracks yourself or just cruising down city streets. The ride and sporty stature of the car is completed with larger 21-inch Pirelli wheels. 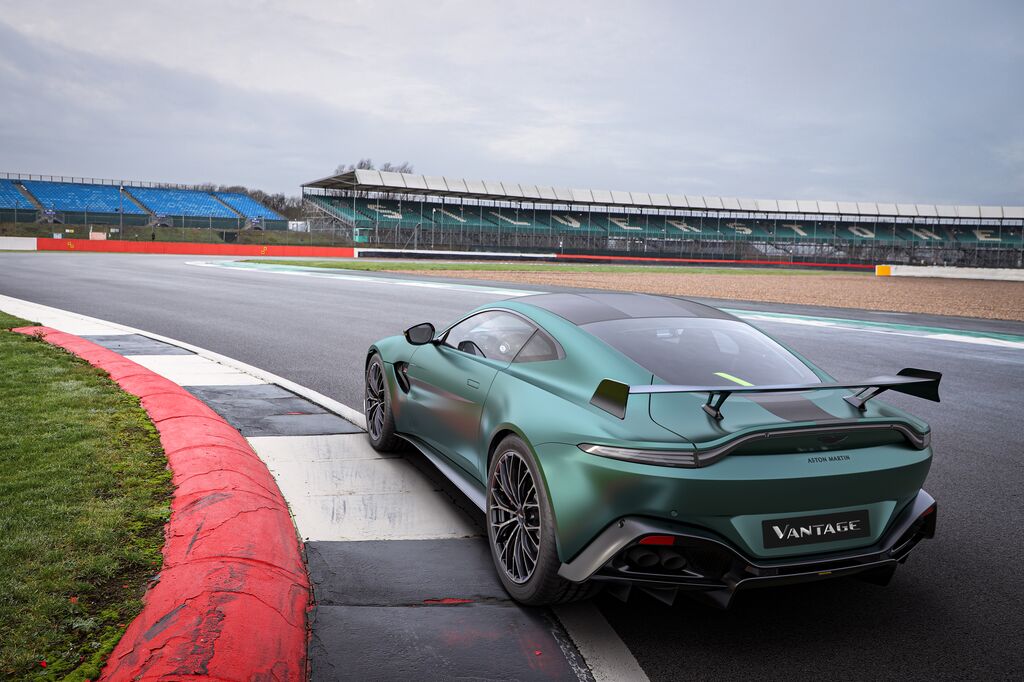 If all those nips and tucks aren’t doing it enough for you, there’s also an F1 Edition specific aerodynamic package that Aston Martin’s engineers have worked on. Expect add-ons that range from a full-width front splitter and front dive planes, to underbody turning vanes and a massive rear wing. Together, these add an extra 440 pounds of downforce to the vehicle.

Deliveries for both the coupe and roadster Aston Martin F1 Edition are scheduled to begin in May this year, which leaves you plenty of time to get the rest of your racing kit then.

Formula 1 Aston Martin Motoring Vantage New cars 2021
Shatricia Nair
Deputy Editor
Shatricia Nair is a motoring, watches, and wellness writer who is perpetually knee-deep in the world of V8s, tourbillons, and the latest fitness trends. She is fuelled by peanut butter and three cups of coffee a day.
Motoring Wellness Watches