Home > Gear > Motoring > The rear-wheel drive Audi R8 is finally back, and this time it’s for good 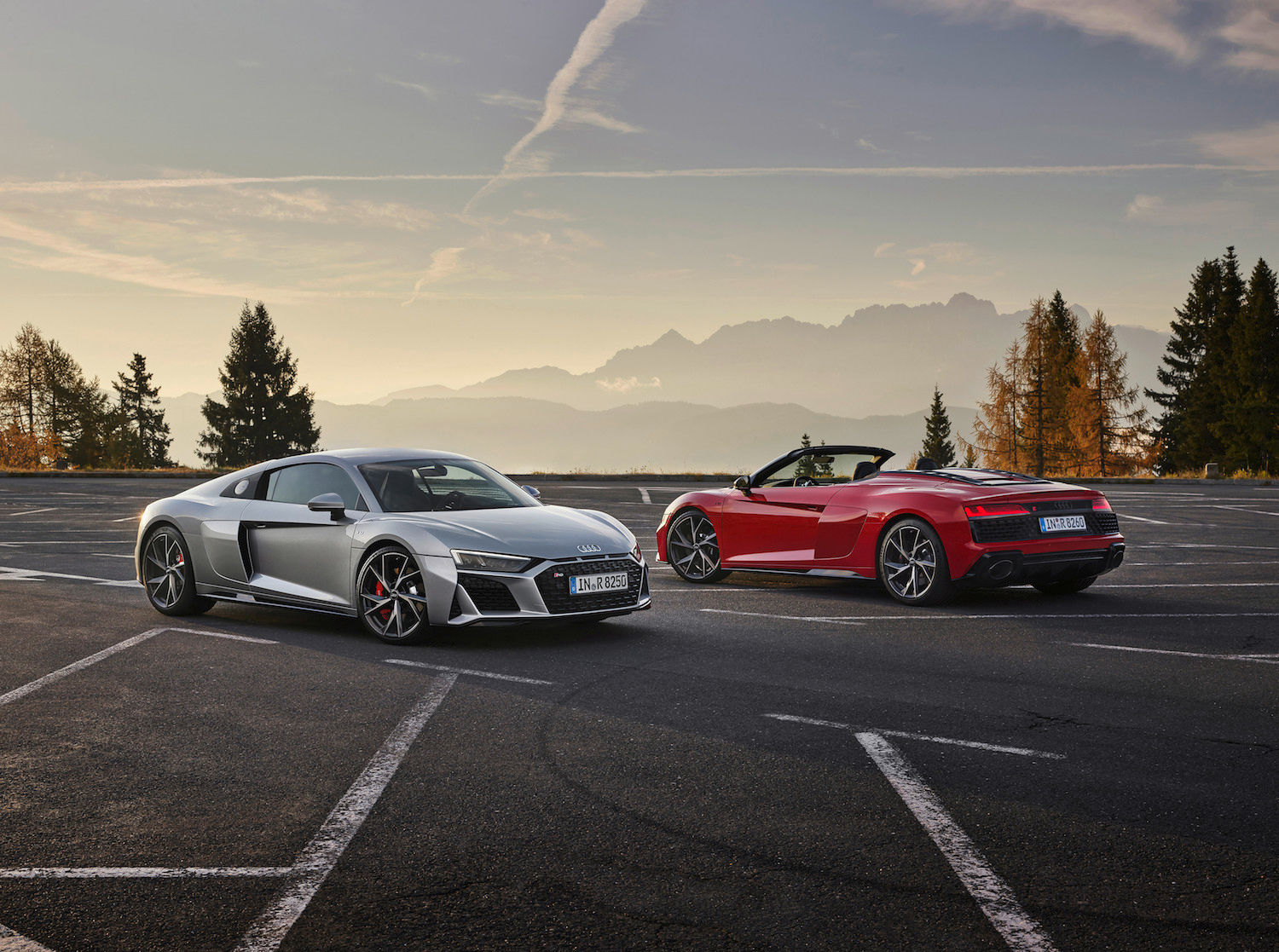 The rear-wheel drive Audi R8 is finally back, and this time it’s for good

Gear
The rear-wheel drive Audi R8 is finally back, and this time it’s for good
Share this article
Next article

The Audi R8 has been one of those time-tested supercars that has proven its worth so effectively over the years that it needs little introduction now. Every variation has been heralded as a driving dream for both the roads and tracks, but what made fans genuinely excited was the tail-happy, Quattro-less Rear Wheel Series (RWS) version, a 999-example limited edition last year which was directly derived from the R8-LMS racing car. It was slightly more affordable and lighter than the usual four-wheel drive one, and was labelled as the one to have for its sheer driving pleasure.

Good news then if you didn’t manage to snag one in the first place, because Audi is bringing it back — permanently. Now called the Audi R8 V10 RWD (Rear Wheel Drive) instead of RWS, the car will be available in either the Coupe or Spyder version. It’ll use the glorious 5.2-liter naturally aspirated V10 — the same one as the old RWS and non-Plus all-wheel drive R8 — to give 533hp and 540Nm of torque. All these are pushed to the rear axle through a seven-speed S tronic transmission and a mechanical locking differential. The century sprint is achieved in 3.7 and 3.8 seconds respectively, but put your foot down and you’ll top out at 320kph and 318kph.

It might be less powerful than the facelifted base R8 Coupe V10 Quattro, but losing the Quattro setup has allowed the R8 to shed about 65kg of weight to become zippier. Expect thrills such as “controlled drifting” to be a part of the package.
Because it’s based on the face-lifted R8, this RWD’s looks are suitably more updated than the RWS model, which took cues from the pre-updated version. To differentiate between these and their Quattro counterparts, the V10 RWD sees a Singleframe grille that’s broader and flatter, with signature splits under hood that are reminiscent of the  original Audi Sport Quattro. The iconic split side blades however are the biggest giveaways; the upper black is dressed in a glossy Mythos black while the lower body is painted the same colour as its body.

If you’re putting your name down for one, opt for the new Kemora Gray paint colour, which has been added to the lineup in tandem to this launch. The car will also come with some sleek model-specific 19-inch alloy wheels, but tick the box for the 20-inch ones if you’re looking to go all out with your new ride.
www.audi.com.sg

Motoring Audi Sports Cars Luxury Cars Supercars
Shatricia Nair
Managing Editor
Shatricia Nair is a motoring, watches, and wellness writer who is perpetually knee-deep in the world of V8s, tourbillons, and the latest fitness trends. She is fuelled by peanut butter and three cups of coffee a day.
Motoring Wellness Watches Beauty Style
Sign up for our newsletters to have the latest stories delivered straight to your inbox every week.