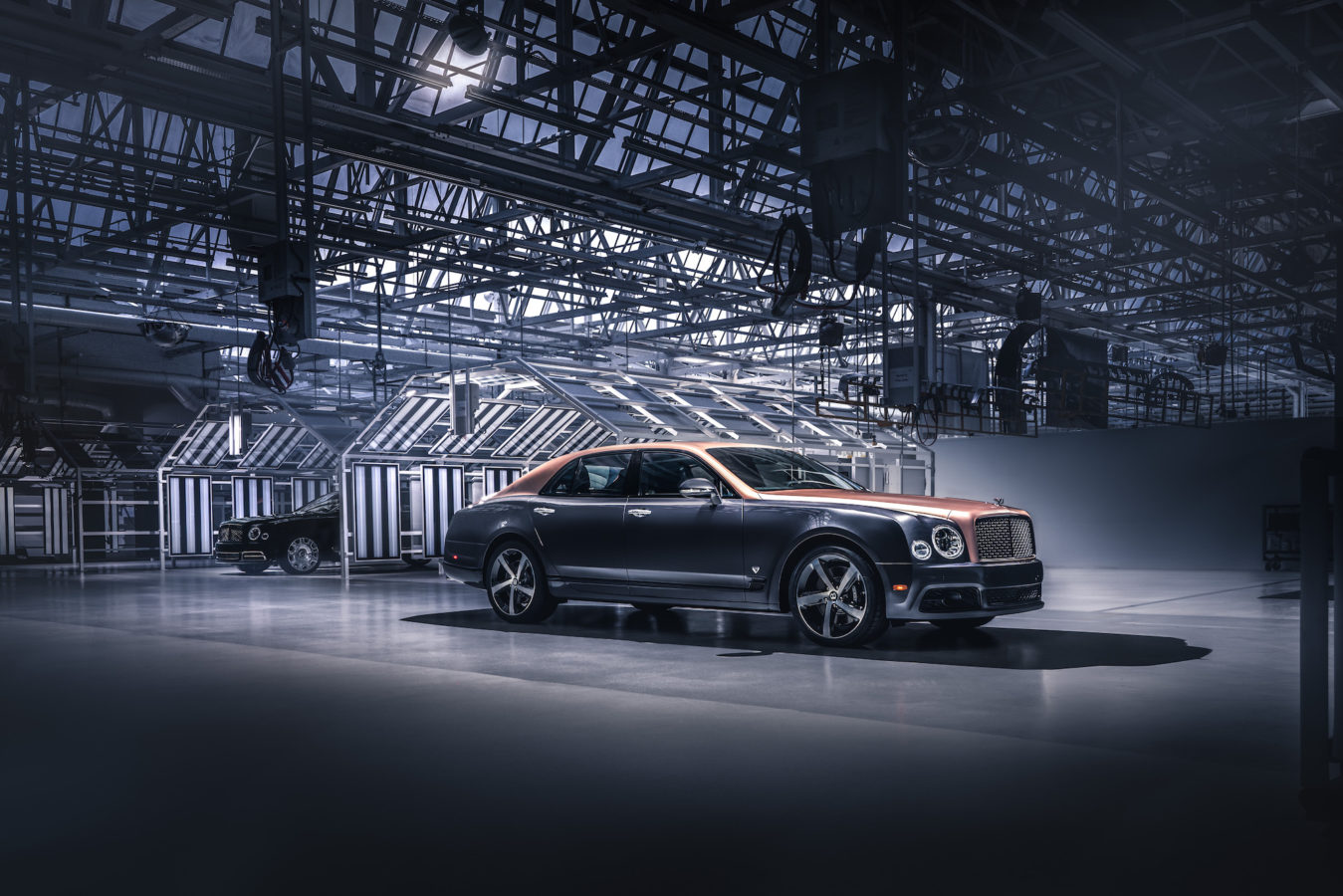 Gear
Bentley’s 6.75 Edition bids farewell to the Mulsanne and 60-year-old V8
Share this article
Next article

11 years, 700 people, three million hours, and more than 7,300 handcrafted cars later, it seems like Bentley is set to retire its revered Mulsanne badge.

Sure, the big Bentley was divisive aesthetically and a mere pipe dream for 99 percent of the population, but what the death of the Mulsanne really signifies is the end of a British icon, and the end of an illustrious era by the firm.

It might’ve been introduced in 2009 as a replacement for the aged Arnage, but the Mulsanne’s lineage could really be traced as far back as the original 8 Litre of 1930. The car, which was the last to be designed and developed by W.O. Bentley himself, was known to be the most luxurious coach-built Bentley of its time.

When it was first unveiled at the 2009 Pebble Beach Concours d’Elegance show, the all-new Mulsanne sported an entirely new platform, a unique exterior and interior design, and chassis, and never failed to turn heads since then. The car is named after the Mulsanne Corner of the Le Mans racing circuit, where Bentley race cars have won six times in the 24 hours racing format, so it’s already got plenty of pedigree running through its veins.

To call it a recognisable would be an understatement; the icon could be spotted from any distance because of its sheer size and voluminous curves. Every example was hand-built at Bentley’s factory in Crewe, England, and each played a monumental role in pushing the firm up the industry’s upper echelons when it came to fine luxury cars.

By 2012, the Bentley Mulsanne was elevated further with a little help from the firm’s bespoke (and very pricey) division Mulliner. The Mulliner Driving Specification saw striking new design features that catered to the rich, including a diamond-quilted leather-trimmed cabin and an electrically operated bottle cooler, and set the tone for many other customised Mulsannes to come.

Three years later, the Mulsanne Speed was created to bring the experience of fast, ultra-luxury driving to life for the discerning. Besides an upgraded version of the 6.75-litre V8 engine that offered 530bhp and a tremendous 1,100Nm of torque, the sporty car also saw selectable driver-focused sports suspension and steering, lending a much-needed athleticism to the quintessential British luxury car.

After several new updates, a brand new variant (the Mulsanne Extended Wheelbase), and a special edition worthy of the Queen herself (the Mulsanne Diamond Jubilee Edition), it seemed only fitting that the car got one last hurrah before being consigned to the history books.

Unfortunately, the hulking sedan isn’t the only icon leaving the firm; Bentley’s venerated 6.75-litre V8 — which has been in production for 60 years and last duty was in the Mulsanne — will also be retired. The powertrain is the longest-ever continuously produced V8 in the world and has managed to survive in the Mulsanne while the other models swapped to Volkswagen-derived V8s and W12s.

To celebrate the services of both the model and the engine, the 6.75 Edition is a final, limited run of 30 more Mulsannes that will house the namesake engine before both disappear for good. Based on the 530hp Mulsanne Speed, the car is full of Easter eggs that will no doubt create conversations for years to come. Interior vent controls — once inspired by “organ” stop knobs — will now be modelled after the V8’s oil cap. Eagle-eyed owners will also spot cutaway sketches of the engine on the analogue clock, fuel gauge, and oil temperature gauge faces.

As expected, this Bentley Mulsanne’s ‘6.75 Edition’ badge will be placed everywhere, from the body to the seat stitching and even in the engine compartment. One customer in the US has already commissioned an interesting Rose Gold over Tungsten colourway, but the penultimate example’s looks and future home remains a closely guarded secret. Other than that, the cars are characterised by glossy black trim, a darkened hood ornament and front grille, pre-smoked exhaust tips, as well as 21-inch, five-spoke Speed wheels with a unique finish. On the inside, all the darkness is contrasted by upholstery trimmed in silver.

The Mulsanne is the culmination of all that we at Bentley have learned during our first 100 years in producing the finest luxury cars in the world. As the flagship of our model range for over a decade, the Mulsanne has firmly solidified its place in the history of Bentley as nothing less than a true icon.
Adrian Hallmark, Bentley Chairman and Chief Executive

“I am immensely proud of the hundreds of designers, engineers and craftspeople that brought the Mulsanne to life over the last ten years. Now, as we begin Bentley’s journey to define the future of sustainable luxury mobility through our Beyond100 strategy, the role of Bentley flagship is passed to the new Flying Spur,” Hallmark added.

The big Bentley torch will be passed to the brilliant new Flying Spur, which while impressive in its own right will still never be able to match the sheer presence and actual physical size of the Mulsanne. The new flagship will see a hybridised version by 2023, and Bentley would’ve achieved its goal of offering a hybrid variant for every car it makes in three year’s time — because climate change is everyone’s bane to shoulder.

Then again, those who still yearn for a piece of top-tier, ultra-luxury at Bentley can always opt for the roofless Bacalar too.