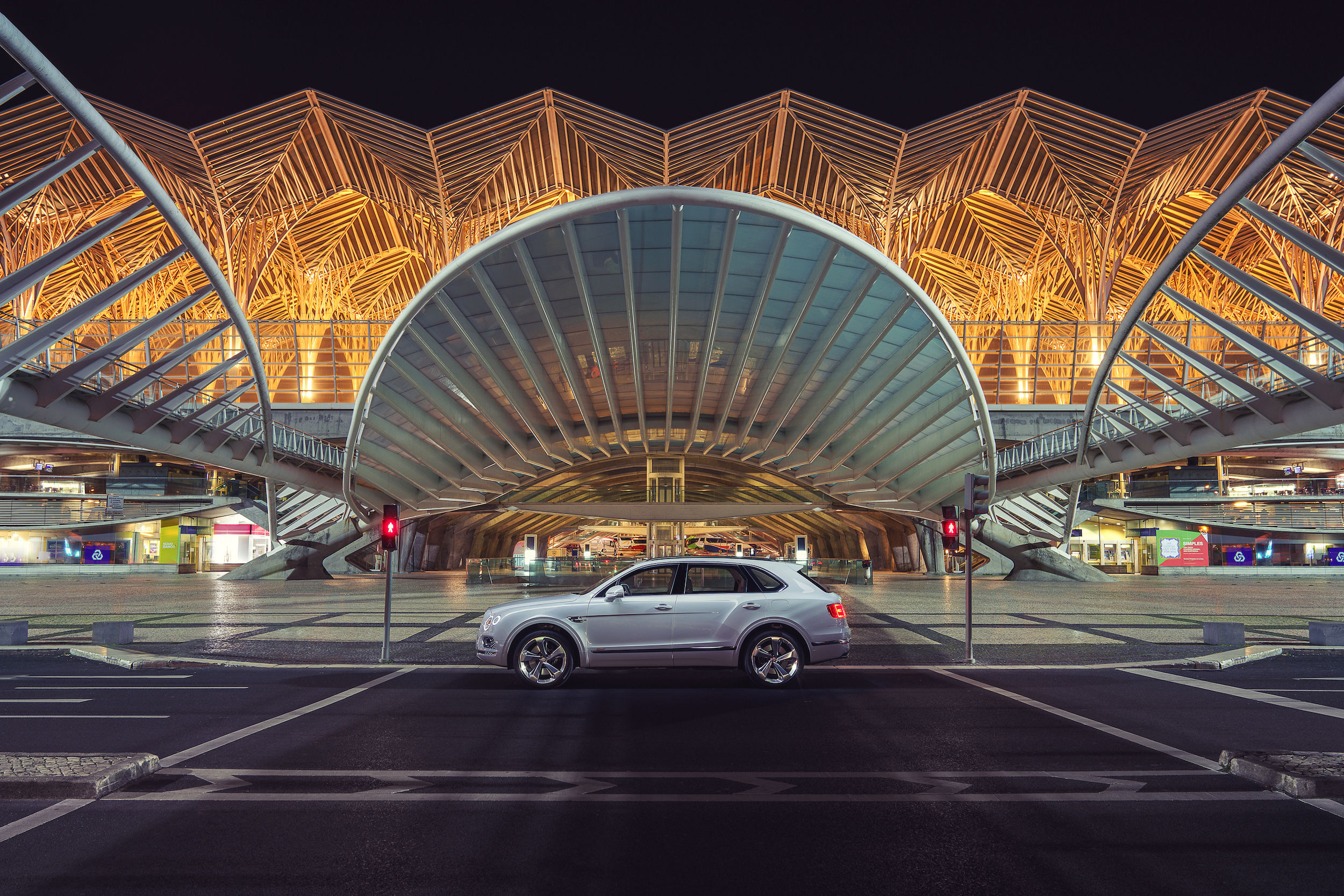 The United Kingdom is brilliant for plenty of things. The country gave us The Rolling Stones and afternoon tea, but its cars are also more than worthy of a mention. Famous and iconic British cars include the Mini Cooper, Aston Martin V8 Vantage, and anything from the Rolls-Royce factory. Then there’s the legendary Jaguar E-Type. But this year, the 2018 Geneva International Motor Show looks set to add on to that storied list of cars.

Held just across the English Channel in Switzerland, the major auto show’s floor was full of new cars, updates and announcements, but alongside the supercars that stole the limelight were a handful of luxury British cars that aggressively pushed the boundaries in design and engineering. Besides limited edition cars that looked to the past, there were electric and hybrid variants that heralded the future of motoring.

Here are some of our favourite luxury British cars that made their debut there. This year, David Brown Automotive’s (not to be confused with the other David Brown from Aston Martin) latest “old” car is based on a Jaguar XKR platform. The bespoke Sixties pastiche houses a 5.0-litre supercharged V8 with 601 wild horses and 766Nm of torque. While the performance isn’t as imaginably quick with a 0 to 100kph time of 4.2 seconds and a top speed of 249kph, it’s imperative to remember that this was intended to be more of a super cruiser than a supercar.

The limited edition of 10 Silverstone Edition cars will also be dressed in unique alloy wheels and a mesh grille with integrated lights. For maximum bragging rights, the seats will feature the Silverstone circuit embroidered into the leather. Created by Land Rover Design and its Special Vehicle Operations, this latest two-door luxury SUV coupe is set to be the most expensive vehicle Land Rover has ever sold. No more than 999 examples of this Collector’s Edition will be hand-crafted by the firm, each priced from £240,000 (S$438,000).

Although it’s not the fastest vehicle Land Rover has produced (the Range Rover Sport SVR takes the award for that), expect some pretty astonishing performance figures. With a whopping 557hp and 700Nm of torque, acceleration to 100kph takes 5.3 seconds from its supercharged 5.0-litre V8. For that price, expect interior luxuries comparable to a private yacht, in one of four of the front-to-rear contrasting interior colourways available, no less. The hulking beast that is the Bentayga will finally get a (sort of) earth-loving version, because its British luxury car maker has finally jumped on the hybrid bandwagon. A turbocharged 3.0-litre V6 connected to an electric motor replaces the regular powertrain, and no official performance figures or prices have been released other than an almost 50km range in electric-only mode. As an SUV, this range isn’t useful for road trips, but will get you through the school runs just fine. To offset the potential of a driver melt-down, Bentley has programmed GPS positioning to calculate the best times to use the electric motor, so you don’t run out of juice before you arrive. 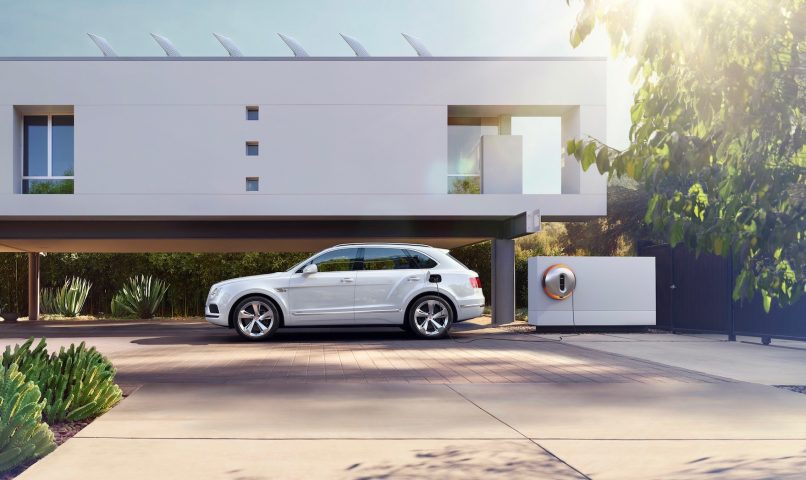 Because this is a Bentley, you do get some perks. Famed designer Philippe Starck was commissioned to design the charging station (pictured above) — you’ll have something cool to look at while waiting. An eight-inch touchscreen for cabin tech is accompanied by a 10.2-inch removable Android tablet at the back. The Lagonda nameplate had been reserved for a series of advanced, ultra-luxe sporting sedans by Aston Martin since the ‘60s, but will now finally turn into a full-fledged sub-brand. The highly-exclusive manufacturer is aiming to be the world’s first zero-emission luxury car brand when they launch their first vehicle in 2021, which will have 400-miles of battery range and all-wheel drive.

To achieve that, the new Lagonda will have its sights set on taking on some of the industry’s best, such as Rolls-Royce and Bentley, and the concept will feature some pretty impressive design elements fashioned by storied British furniture maker David Linley. Outside, the car is a futuristic stunner that sports grand sweeping curves and exaggerated lines — unlike anything you’ve seen on the roads. Fingers are crossed that the designers and engineers are able to pull off an equally exotic production vehicle that embodies the essence of this stunning concept. 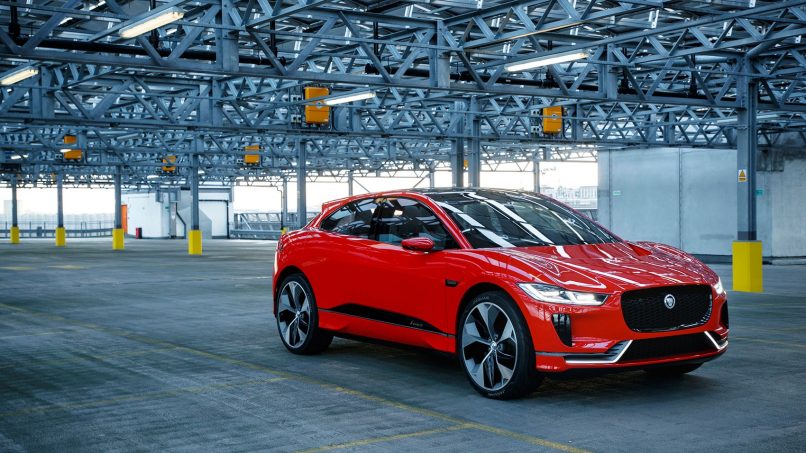 While Tesla struggles to gain momentum for its Model 3, the EV market is starting to flood with options, and Jaguar’s first entry looks set to be a tough competitor. This all-electric SUV is due to arrive this summer, and will feature two electric motors capable of producing 395 bhp and 513 lb-ft of torque. This should be good enough for a 0 to 100kph run in 4.8 seconds and a range of up to nearly 480 km.

Reviews have lauded this car for having the same steering feel as a typical Jag, and drives with just as much grip and panache. Surely this will be the first of many electric and hybrid Jaguars to come. 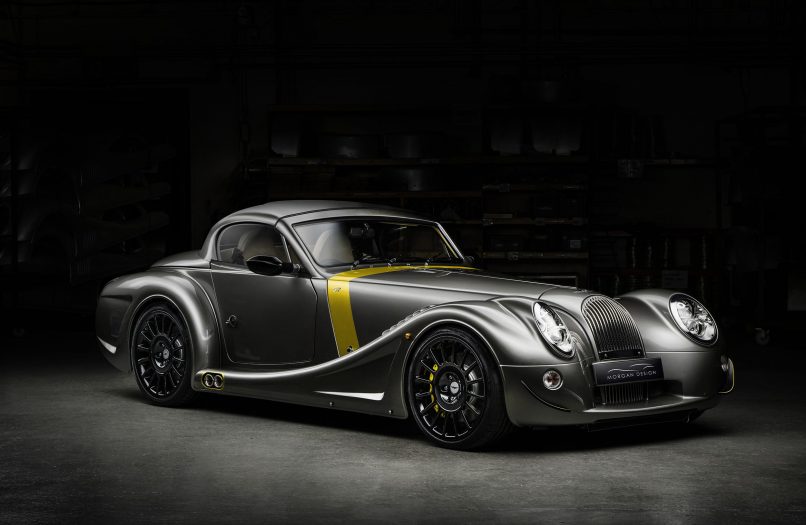 Our favourite Morgan of all time is making its final hoorah with the Aero GT. Based on the original Aero 8, only eight of the special GT variant will be produced, and will be the last new vehicle in the world to feature BMW’s naturally-aspirated 4.8-litre V8. This is mated to a BMW six-speed manual gearbox that powers the rear wheels, pushing the car to 100kph in 4.5 seconds and a 274kph, if you dare.

Priced at £120,000 (S$219,000), the exclusive Morgan takes between eight to 10 weeks to build and offers a bespoke aero package not found on standard Aero 8s. Aggressive aerodynamic features are inspired by the brand’s 2009 GT3 racing car, and while it retains the aluminium chassis and adjustable suspension, will also have an optional carbon fibre hard top option instead of the standard soft top.