BMW Art Cars: 5 of our favourite works of moving art

Gear
BMW Art Cars: 5 of our favourite works of moving art
Share this article
Next article

BMW’s Art Cars are notoriously elusive on their own, much less en masse, which is why if you’re a fan, you need to book the next flight out to Hamburg, pronto.

Held from now till 19 March, nine out of the 17 Art Cars will be on display at the German port city’s Automuseum Prototyp. The refurbished factory building also houses automotive artefacts that date back to early post-ear years; a location truly befitting of these legendary cars, and their even more legendary artists.

First introduced by French race car driver and auctioneer Hervé Poulain, the project has expanded to see some of the world’s most prolific and iconic artists use classic Beemers as canvas. Poulain’s first commission was to American artist and close friend Alexander Calder way back in 1975, a BMW 3.0 CSL which he took out to the tracks to race in the Le Mans race in 1975. This set the gears in place for more than a dozen more, each moving masterpiece paired with a good dose of  horsepower and tenacity.

To get you all excited, we’ve selected five of our favourite BMW Art Cars to ever exist. 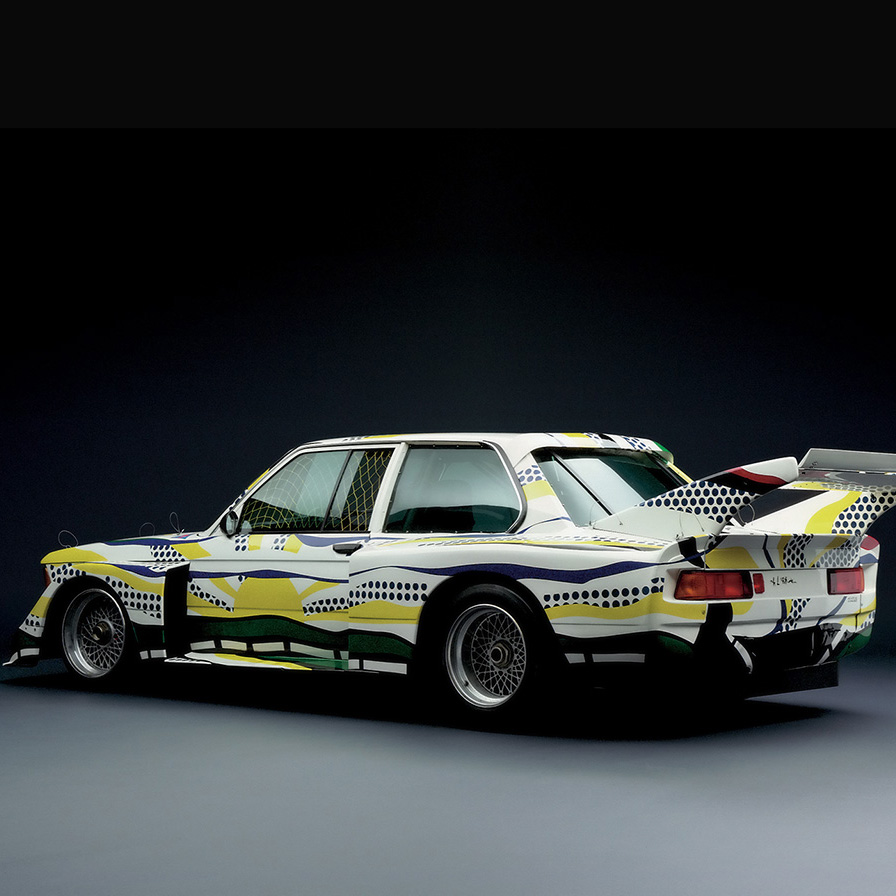 Regarded as one of the founders of American pop art, Roy Lichtenstein translated his world famous comic strip paintings to a 320i model from the ‘70s. An amalgamation of squiggly lines — a depiction of the road guiding the car — and the famous Benday dots, the painting actually highlights the car’s journey through the countryside. This Art Car made two debuts, once at Paris’ Centre Pompidou as an art piece, and the other as a racing car at the 1977 Le Mans race, where it achieved ninth place overall, and first in its class. 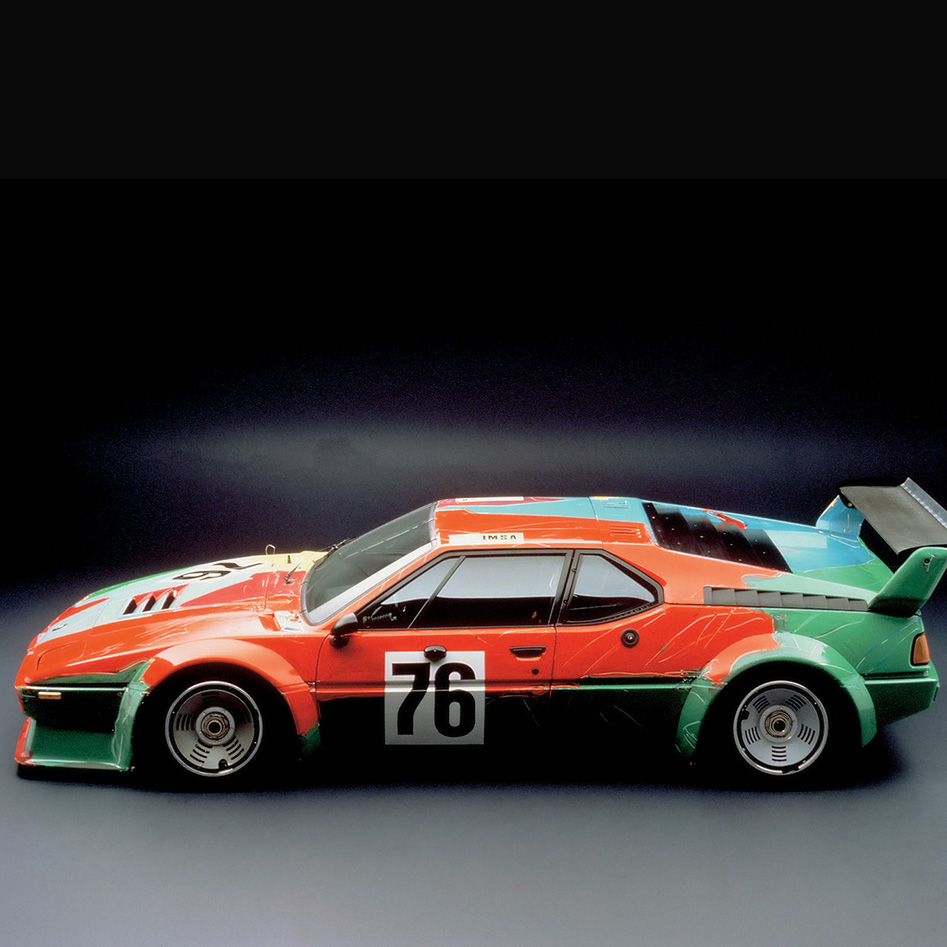 Just like the rest of his work, Andy Warhol’s Beemer is an expressive masterpiece that’s easily recognisable as his. Translating his flair for Pop Art to a 1979 BMW M1 Gruppe 4, the prolific artist ditched the conventional method of designing a scale model and having assistants complete the real one. Instead, he painstakingly painted the entire car himself. And it may appear to be random splashes of colour, but each is actually placed carefully to give a vivid depiction of speed, so the contours and colours become blurred at speed. With 470hp and a top speed of 307kph, this speedy work of art started on the grid with the number 76, and took sixth position overall at the 1979 Le Mans race. 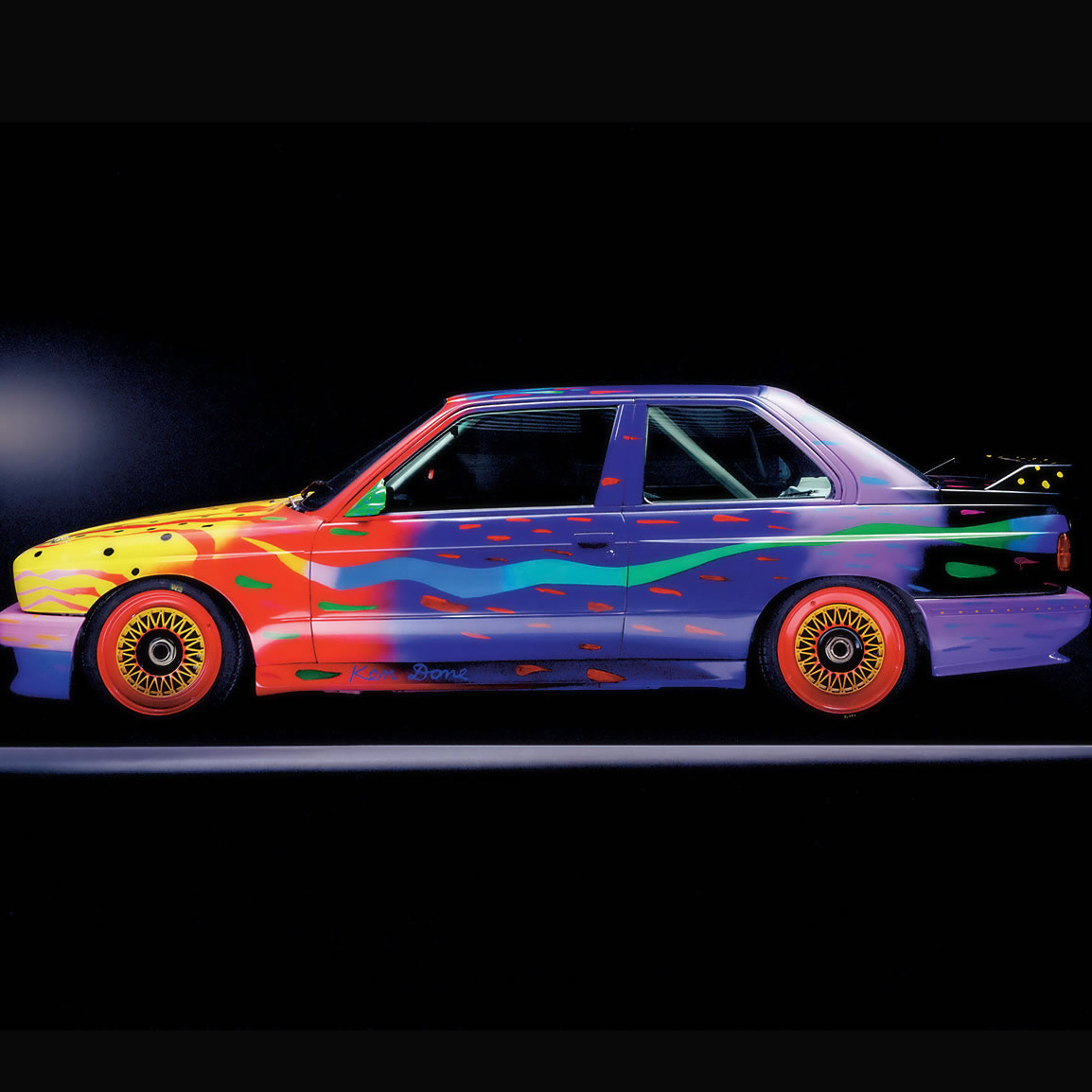 Australian Ken Done had a very clear direction for his M3 — he wanted to express his fascination for high-performance cars without losing the vibrancy of his homeland. So we’re not surprised that the bold colours of parrots and parrot fish were incorporated, which, like the car, possessed beauty and speed. This 300hp mean machine only raced twice — in the Australian Drivers’ Championships 1987 which it won, and once more in 1988 — before it retired from competitive sport. 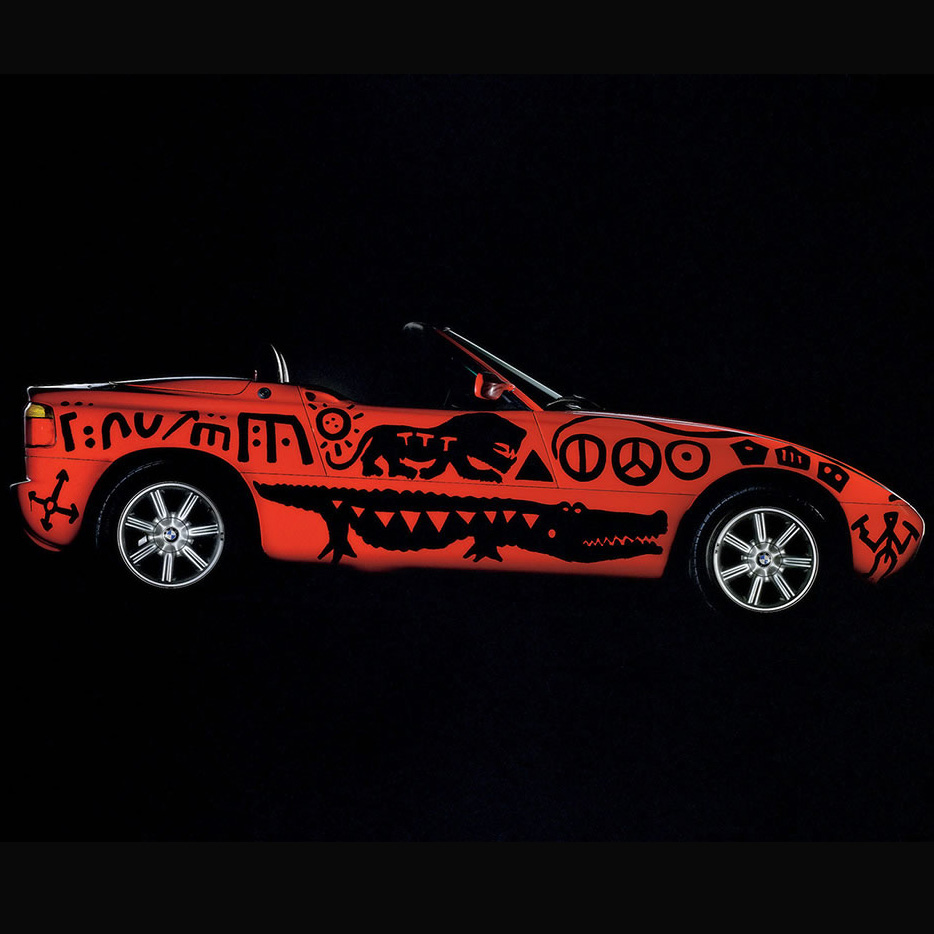 The Z1 is clearly already a masterpiece in itself, and so A.R. Penck set about in challenging its technical design in his own terms. Heavily influenced by Picasso and cave paintings, the German artist employed his famous “Matchstick Man” to the roadster, alongside equally contrasting abstract symbols that are begging to be deciphered. With a power output of 110hp and a top speed of 225kph, this car was never destined for the race tracks, but it never failed to illicit a double take whenever it was on exhibition. Jeff Koons might be one of the most notable artists of our time, but that hasn’t stopped the American artist from giving his Art Car his absolute best. As part of his creative process, he did proper research by collecting images of race cars, colours and even explosions, which is really evident from the end product. The 500hp car started with the number ’79’ — a tribute to Warhol’s Art Car from 1979 — at the 2010 Le Mans race, but had to retire after only five hours due to technical problems.