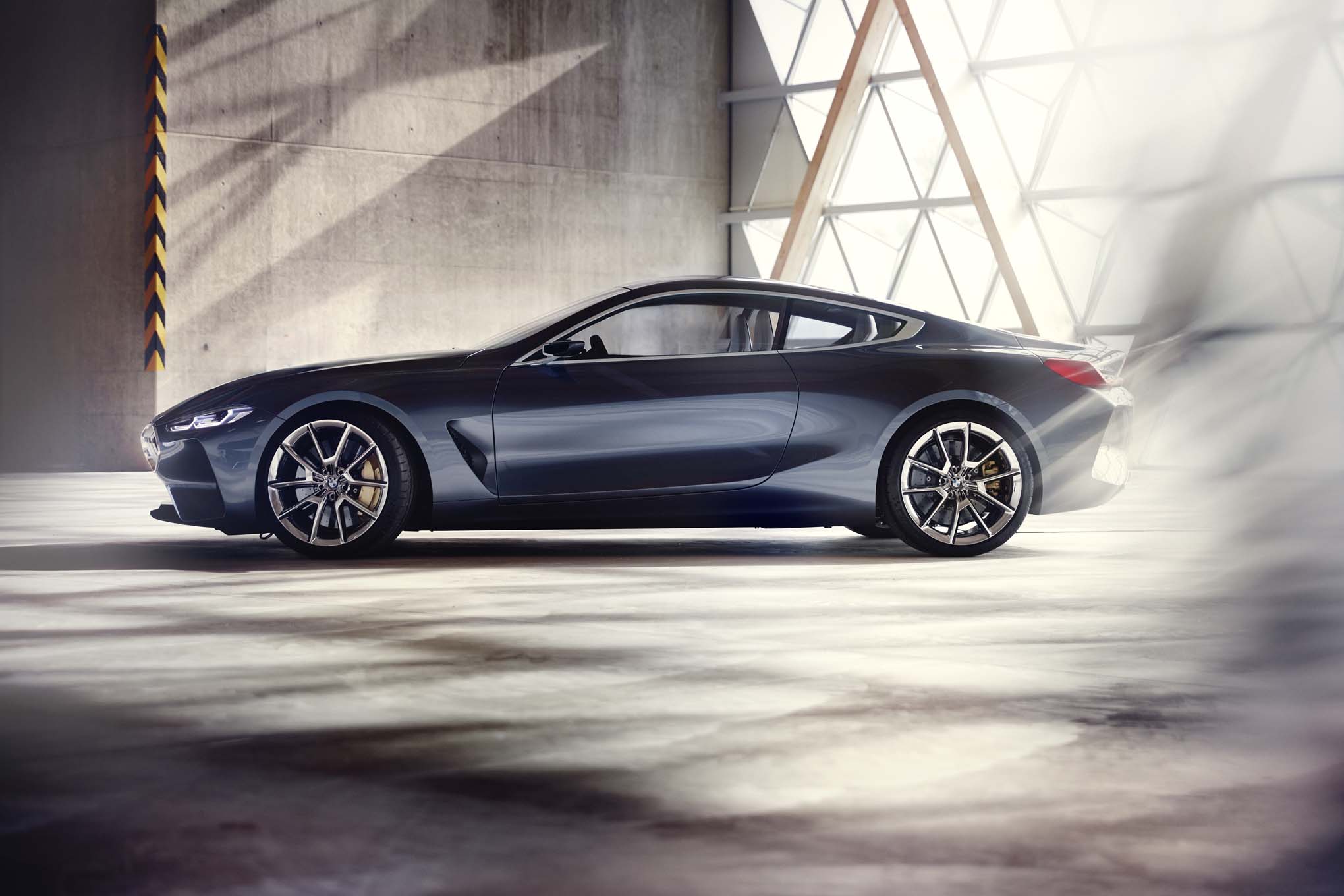 At the recent Concorso d’Eleganza Villa d’Este in Italy, BMW unveiled its latest second-generation BMW Concept 8 Series. “The number 8 has always represented the pinnacle of sports performance and exclusivity at BMW,” said Harald Krueger, chairman of the BMW board of management.

Those are a lot of buzzwords, but turns out he was pretty serious about it – the BMW Concept 8 Series looks (and will probably drive) pretty sportily.

As its name suggests, this new 8er is only still a castle in the clouds, and little has been revealed about its powertrain and capabilities. However, this is significant news because after a two-decade hiatus, the coupe will return to the marque’s line-up and take over the 6 Series’ Dingolfing production slot early next year.

The current third-generation coupe will finally get the retirement it deserves after seven solid years.

What we know about this 8 Series though, is that it could potentially be one of the prettiest Beemers ever made. In profile, the car’s long bonnet and flowing roofline flows so seamlessly that it appears like it’s always in motion, and the tail end is finished off aggressively with a whale tail wing and trapezoidal exhausts.

The low-slung, “Barcelona Grey Liquid” body is beset with curves and you’ll still recognise it as a BMW — the kidney grilles are a dead giveaway. They are however, now more three-dimensional (as opposed to lying flat) and are joined together by an unbroken frame to form a sportier-looking single unit.

Its slim laser taillights are bestowed with some interesting geometry, which looks right at home with the equally angular exhausts and air vents. To pile on the muscle, bold arches envelop the 21-inch wheels.

Inside, BMW keeps the focus on the driving, with styling that encloses the driver, just like in a proper sports car. Sports seats with a carbon-fibre shell, aluminium accents and red anodised paddle shifters are a few race-y features thoughtfully added to bring out the “sports performance” aspect they promised.

The sleek new iDrive controller is made from Swarovski glass and will be in charge of the car’s infotainment system. It’ll likely be the benchmark for the other models from next year.

The luxury coupe is projected to compete with the other big boys in the market, including the Lexus LC500 and Mercedes-Benz’s S-Class coupe. Speculation is rife that the entry level 8 Series could borrow the 7 Series’ 3.0-litre inline-six. Brawnier options might include the 750i’s 4.4-litre twin-turbo, and even M Sport or M Performance variants. When sales start in 2018, expect the coupe, Gran Coupe and cabriolet to launch in the same season.

Now, we’re just waiting for something BMW can stick its 9 badge on.