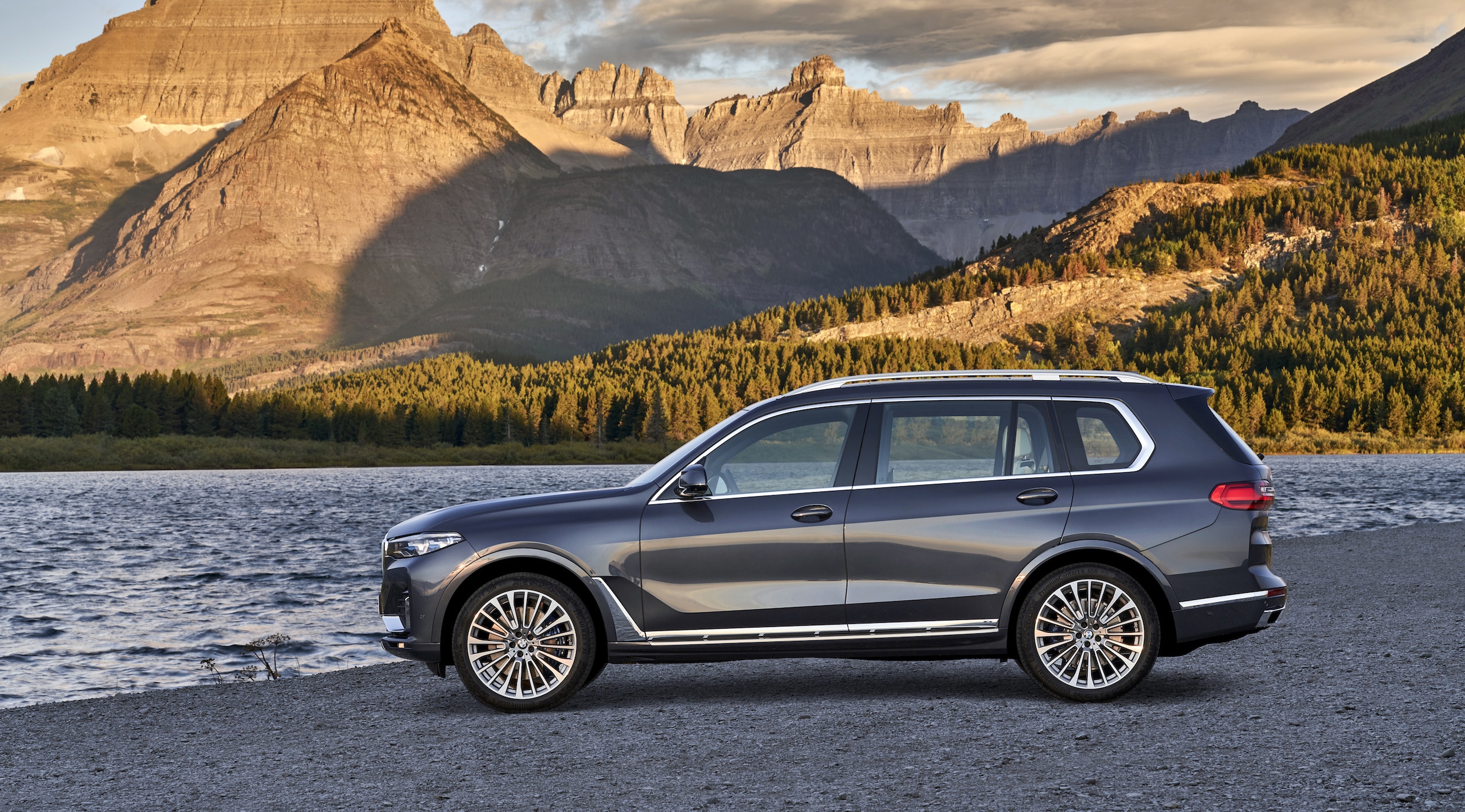 BMW debuts the X7, its biggest and most potent SUV yet

Gear
BMW debuts the X7, its biggest and most potent SUV yet
Share this article
Next article

Could there be a more imposing-looking BMW? We think not. Yet the 2019 BMW X7 — due in March — looks set to be a hit with a demographic that ranges from geeky tech entrepreneur to full-fledged family man.

The three-row SUV is nothing short of road presence. At 5.15m long, 2m wide and 1.8m tall, it’s the biggest Beemer in the entire Bavarian stable. Visibly, much of that is taken up by that massive kidney grille, of which is also the biggest ever in BMW history. While many cues are borrowed from the smaller X5, the X7 is specifically designed to stand out in a really in-your-face kind of way.

This starts from the headlamps, which are now slimmer and run into the gigantic shiny chrome grille to give the illusion of a wider (or as BMW describes, “punchier”) front end. Move to the side and the sporty fascia transitions into a more utilitarian profile, and that’s where you really see the extra 10 inches that the X7 sports over the X5. There are side skirts fitted with steps to help heave yourself into this mini-truck of an SUV, and longer rear doors that allow back passengers to ease in and out easily.

Designed to compete head-on with other XXL players like the Range Rover and Mercedes-Benz GLS, the cavernous insides of the BMW X7 is loaded with tech, with the iDrive Controller, newly-designed gear selector, optional off-road modes, and the likes styled neatly on the center console for a more contemporary look.

Options include a cooled and heated cupholder, wireless smartphone charging, and a rear seat entertainment package to keep the kids happy on longer drives. BMW’s Intelligent Personal Assistant (essentially Siri for your car) can also be specced to the X7, as does the 1,500W Bowers & Wilkins Diamond Surround Sound System for any carpool karaoke whims.

The crossover promises seating for either six or seven with ample knee room to accommodate even the lankiest of teenagers at the third; the middle row offers a choice between a three-seat bench or a pair of captain’s chairs. Expect almost 2,120 litres of luggage space when both rows are folded down.

Two BMW X7 variations will be offered at launch, with the xDrive40i featuring a 3.0-litre, twin-turbo in-line six with 335hp and 447Nm of torque. Its beefier xDrive50i counterpart carries a retuned version of the brawny 4.4-litre twin-turbo V8 with 456hp and almost 650Nm of punch, jolting the car to 100kph in 5.2 seconds (0.6 seconds faster than the 40i).

BMW Luxury SUV new cars 2018 bmw x7 New SUVs 2018
Shatricia Nair
Deputy Editor
Shatricia Nair is a motoring, watches, and wellness writer who is perpetually knee-deep in the world of V8s, tourbillons, and the latest fitness trends. She is fuelled by peanut butter and three cups of coffee a day.
Motoring Wellness Watches