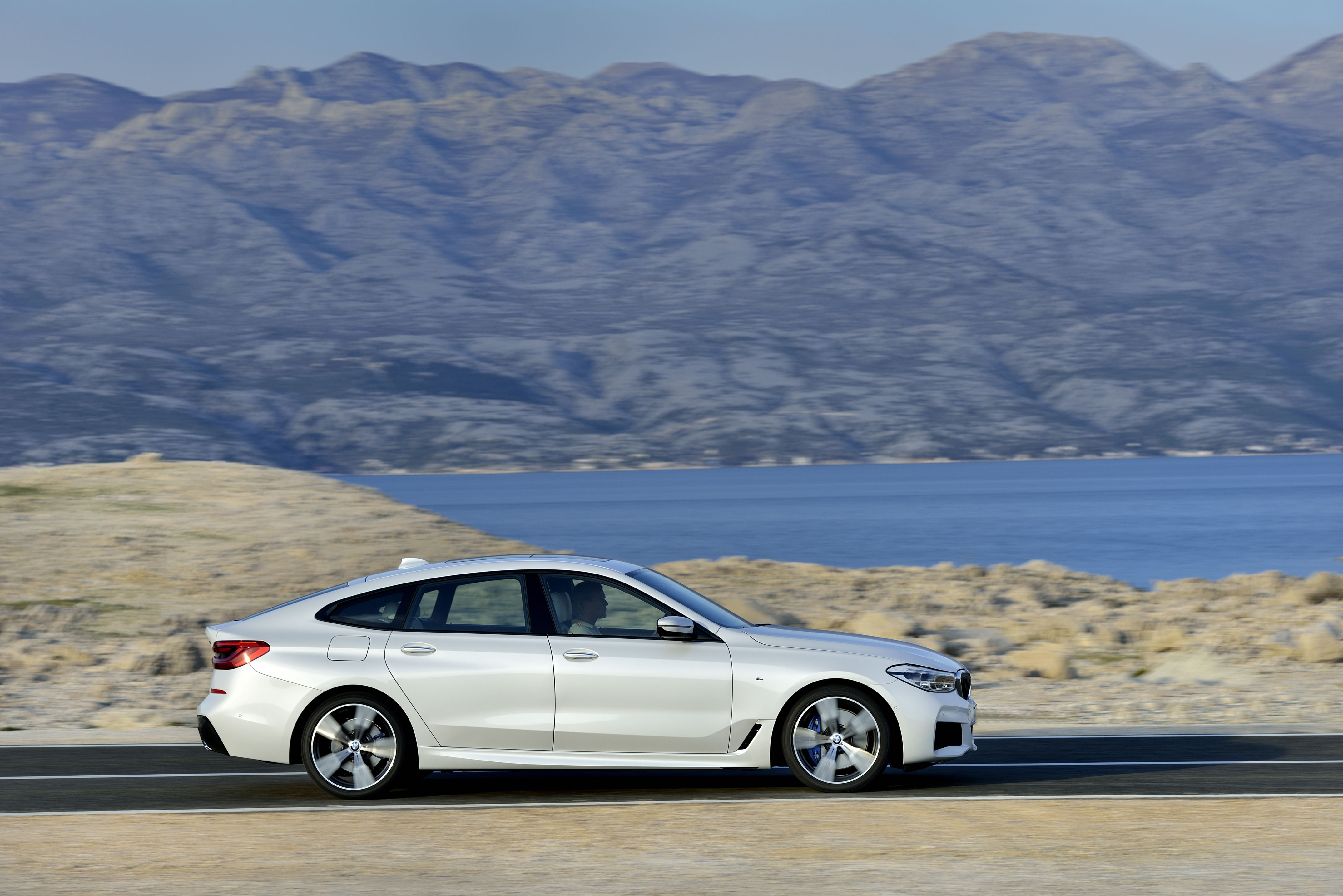 When BMW’s 5 Series Gran Turismo launched in 2009, people sneered and competitors tried hard to suppress giggles because it looked — to be polite — strange. Its large hatchback-styled body was designed to hit the sweet spot between its namesake saloon and the Touring, but the results were anything but. Facelifts over the years helped a bit, especially at its rear, but as Top Gear best described, “it’s a bit like putting make-up on a pig.”

Thankfully, the previous 5 Series designation is no more, and in its place sits the BMW 6 Series Gran Turismo. Only this time, BMW got the formula right — it’s got the long-distance comfort of a luxury sedan, the outstanding performance of a GT car, and the aesthetic of a sleek coupe. It is, after all, taking on the number that was once reserved for some of BMW’s sexiest coupes.

From any angle, the new 6 Series Grand Turismo looks more sophisticated with smooth, uninterrupted lines that appear to stretch out the car elegantly. At 3.8 inches longer and 1.0 inch lower, the car now sits at slightly over five metres long, so you can imagine how distinctive and powerful it’d look on the road.

A select few quirks of its predecessor’s have been updated. For one, the lenses of the standard Adaptive LED headlights now extend to the large BMW kidney grille for a more cohesive look, as opposed to the awkward gap before. It’s also removed unnecessary features, including a space-consuming partition between the rear seats and trunk (once used to isolate the cabin from the opened hatchback), as well as a complex liftgate that supposedly allowed trunk access without disturbing rear passengers. A simple one-piece hatch takes its place — the BMW designers have finally stopped overthinking functionality.

It’s new low-slung disposition also gives the car a sportier look, while providing more aerodynamics in tandem with the active air flap control, automatically extending rear spoiler, and other nifty functions. Did we mention the car is 150kg lighter? This means better fuel economy, and improved performance for taking on twisty roads and straights.

Expect a selection of Bimmer’s latest generation power units with the eight-speed Steptronic transmission for the 6 Series Gran Turismo. In Singapore, the 630i model will sport a 2.0-litre four-cylinder petrol engine that delivers 258hp and 400Nm of torque. The century sprint will only take 6.3 seconds, and keep your foot down for its top speed of 250kph. Meanwhile, the 640i xDrive Gran Turismo M Sport model will do the same in 5.3 seconds, courtesy of its feisty 3.0-litre six-cylinder in-line petrol unit.

Yet behind the wheel, you’ll be cosseted by a very plush cabin, and the result feels less crazy powerhouse, and more luxury cruiser. Because the dash, fittings and materials are mostly borrowed from the next-generation 6 Series Gran Coupe, expect a very well-crafted cabin, backed by BMW’s famous iDrive brain. Voice control and gesture control come as standard, and the new-gen Head-Up Display — now 70 percent larger — is available as option. Assistance systems are also fitted in, so all you need to do, really, is sit back and enjoy the long ride.